The DREAM Act Was Never Enough
In 20 years, Congress has never passed the DREAM Act. What has been lost in chasing this legislation’s narrow dreams? 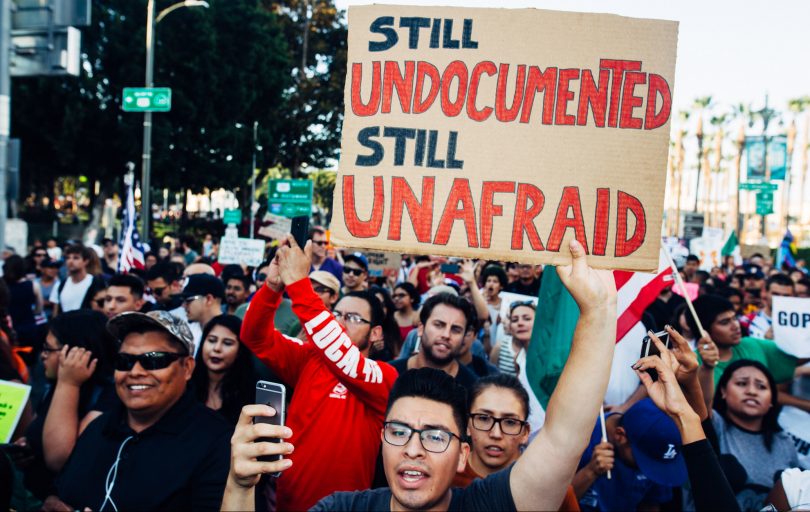 Twenty years ago, a group of legislators in Congress first introduced the DREAM Act, a piece of legislation that would create a path to citizenship for undocumented young people following the completion of two years of college or military service. Despite 10 separate attempts in Congress, the DREAM Act never passed, as it was thwarted repeatedly by politicians who made promises and demanded patience but never delivered results.

The young people who were to benefit from this proposed legislation, in its first iteration in 2001, are now nearing 40. They have jobs and families and continue to build their lives in a country that, despite forcing them on a roller-coaster ride of repeated promises and betrayals spanning nearly the entirety of their adulthood, has never officially welcomed them. Youth who met the age stipulations bent over backward to match the expectations of near perfection that the DREAM Act required of them. The valedictorians, the ones who defied all odds, the “good” immigrants who made heroic sacrifices to continue being perceived as worthy: they held their breath each time the proposed legislation was reintroduced. For 20 years, Congress’s repeated failure to pass the DREAM Act tragically led some to take their own lives. Others felt forced to leave the United States, while many faced the trauma of deportation and family separation.

That the US’s immigration policy of the last 20 years has had devastating impacts on immigrant families is an understatement. What the inability to pass the DREAM Act allows us to reflect on, however, is the arbitrariness of the US immigration regime. The legacy of failed DREAMing reveals that arbitrary laws govern lives, delineating the deserving from the undeserving not because of any discernible logic, but because it is what is politically expedient. For 20 years, politicians were mostly focused on proposing the inclusion of these high-achieving, “good,” “hard-working” immigrants. And yet, even these individuals have been abandoned.

The question must be posed: What has been lost over all these years spent chasing the preestablished dreams of this failed legislation?

There could be no clearer moment at which to make the case for an expansive and visionary politics of immigration reform that centers non-DREAMers than this one. The year 2021 is marked not only by the anniversary of the introduction of the DREAM Act and the dawn of the Biden-Harris administration, but also by the specter of the COVID-19 pandemic and its differential impacts. This is the moment when the essential, frontline, low-wage worker is being sacrificed at the altar of capitalism. The factory worker, the meat-packer, the farmworker, the cook, the grocery-store clerk, and the hospital janitor have been regarded as expendable in an effort to keep the economy going. So many of these workers are from immigrant families, struggling to get by, dependent on and loyal to the work that sometimes kills them.

Consider Manuel, a factory worker in Los Angeles, categorized as essential because his factory produces airplane components. Staying home is a luxury he was not afforded. He died in mid-January as COVID ripped through his family, making him into one more tally mark in the national statistics.

Despite the love we profess for the hardworking immigrant—be it the student or the laborer—this COVID moment makes abundantly clear that their life is not valued. In this country, there is harsh risk involved in living as an immigrant, no matter one’s station: dreaming and dreamers and valorizing hard immigrant work are not enough. It is time to cease this narrow valorizing and pursue universal legalization. 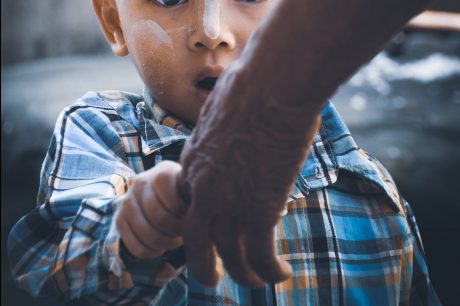 As American as Child Separation

The anniversary of the failed DREAM Act is fundamentally contradictory: simultaneously hopeful, depressing, promising, and sobering. And grappling with this legacy means not only understanding what has happened over the past 20 years as the so-called DREAMers waited and waited but also (re)imagining what can be created in this new moment.

The DREAM ACT reveals the failings of one particular approach to immigration reform: that which relies on politicians, who have been repeatedly unwilling to risk political capital to promote the basic human rights of migrants.

In acknowledging the failings of the approach, we also recognize the terrain-shifting movement that emerged in the DREAM Act’s wake. A generation of organizers, activists, changemakers, and scholars have transformed our political context through their work.

And reflecting on the DREAM Act now is important for envisioning what comes next. This means coming to terms with the dangers of piecemeal reform, and with an immigration discourse steeped in the politics of respectability, which demarcates those deserving of citizenship from the undeserving. Likewise, this means understanding the past 20 years within and through the context of the rise of Trumpism and the resurgence of white nationalism, the predictable response to the first Black president of a country rooted in a history of genocide and colonialism.

Such dreams were only the first step. The DREAM Act’s narrowness, and its ultimate failure, have forced new ways of thinking into being.

In Family Activism: Immigrant Struggles and the Politics of Noncitizenship, political theorist Amalia Pallares astutely captures what she labels “DREAM Act politics,” which have divided undocumented families and communities. Her book is based on extensive ethnographic research within the Chicago immigrant-rights movement during the politically critical period between 2006 and 2013. By examining this time and place, Pallares insightfully reveals how the introduction of the DREAM Act promoted the DREAMer, a neoliberal political subject, to the exclusion of other undocumented immigrants. Then, after the 2010 failure to pass that year’s version of the legislation, Pallares found that changes occurred on the ground. In response to this failure, the youth-led movement oriented itself away from the original DREAM framing; instead, it centered families as political subjects and thus started working toward the more collective goal of legalization for all undocumented immigrants.

The limitation of valorizing the DREAMers is also a central theme in Marcelo Hernandez Castillo’s memoir, Children of the Land (2020). The arbitrariness of immigration policy and enforcement wreaks havoc within families, and Hernandez Castillo—a beneficiary of DACA who was later able to regularize his status—underscores the complication embedded in the performance of citizenship and belonging. He does so through an exploration of the capricious configuration of rights, borders, and belonging. Hernandez Castillo journeys from undocumented kid to green-card holder, while simultaneously caring for his family that was stretched across a border for decades. The deep fissures imposed by this separation illuminate how the journey toward recognition is complicated in a mixed-status family separated by borders and haunted by deportation and deportability. Visibility, hypervisibility, invisibility, and the fluidity of borders become the interstitial states that undocumented people occupy, find home in, and also resist.

On this anniversary, let’s embrace both the fight that emerged from this unfulfilled policy promise and what it pushes us to demand today.

In today’s political moment, more people are aware of the harms of the DREAMer narrative and are pushing back against it. This is a central theme in our coedited book, We Are Not Dreamers: Undocumented Scholars Theorize Undocumented Life in the United States (2020). Published 19 years after the initial introduction of the DREAM Act, this book features a generation of scholars—who have counterparts in the arts, law, medicine, journalism, and other fields—offering a wide-eyed view of the landscape. The contributors to this volume collectively provide an expansive view of belonging that intentionally turns away from respectability politics. Their analyses center most of all the people who would not have qualified for legalization through the DREAM Act; this perspective reveals the difficulty of having to live up to politicians’ expectations.

At its core, We Are Not Dreamers challenges the idea that young, educated undocumented immigrants are more deserving of citizenship than are other members of the undocumented community. It is a reminder that this is the moment for an expansive vision to emerge. The DREAM Act, and its cousin DACA, were never enough.

The 20th anniversary, this August, of the introduction of the DREAM Act coincides with the dawn of the Biden-Harris administration. In its first hundred days, the administration has made headlines by proposing some of the most progressive immigration legislation seen in this country in decades. At the same time, we are witnessing continued deportations, the failures of progressive promises, and the limits of electoral politics more broadly. Recently, the House of Representatives passed HR 6, the American Dream and Promise Act of 2021, which some are calling a revived DREAM Act. HR 6 moves in the right direction, proposing a path to citizenship not only for undocumented young people but also for TPS holders. The confluence of these events allows us to consider the juxtaposition of unfulfilled political promises alongside the hope and possibility of real change. We are reminded of the rallying cry of undocumented young people as they rushed the stage when Nancy Pelosi was speaking about DACA in 2017: “All of us or none of us! Justice for all 11 million!”

The immigrant-rights movement’s evolving vision for justice now leads us to the political imperative to center the non-DREAMers. Babies in cages, transgender detainees dying in custody, boys shot dead at the border—none have a high enough GPA or sufficiently unaccented English to fit into a category that can leverage widespread political support. This vision needs to evolve—right now, in this moment—not in spite of but because we stand on the possible precipice of substantive change with the new administration.

On this anniversary, let’s embrace both the fight that emerged from this unfulfilled policy promise and what it pushes us to demand today. Let’s build on the work of the undocumented communities and grassroots organizations who advocate again and again for access and dignity in the face of political cowardice that continually impedes change. Under the banner of “Undocumented, Unafraid, and Unapologetic,” through their highly visible acts of civil disobedience and their intimate practices of love and solidarity beyond legal parameters, these immigrants have demonstrated the power of collective action and the force of uncompromising demands.