The Enduring City: Jakarta, Indonesia
In the parts of the city left behind is a Jakarta free from the globalized sameness of so many of the world’s megacities. 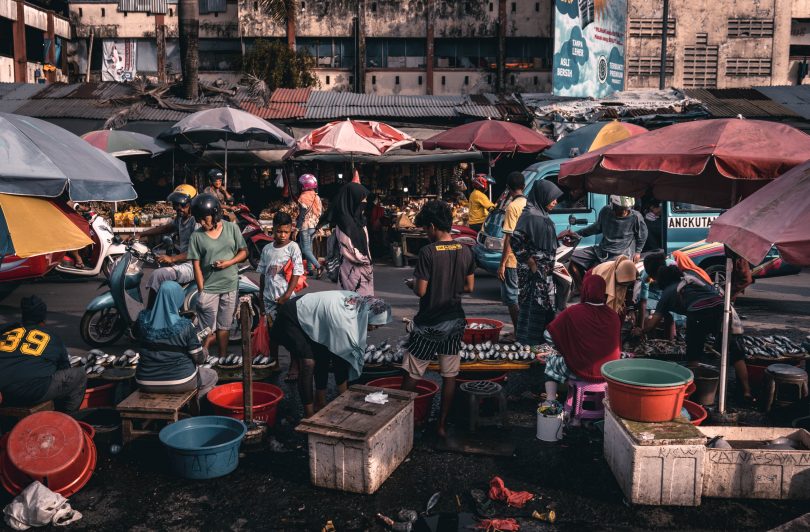 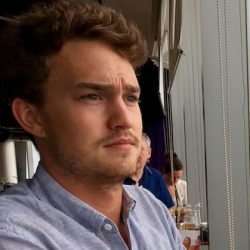 The descent by plane into Jakarta begins after views of the muddy oxbows of South Sumatran rivers and the cabbage-patch clouds above the Java Sea give way to a haze. Much of what lies ahead is obscured. Ships at anchor off the port of Tanjung Priok are blown into parallel rows by the day’s prevailing wind, their numbers hinting at the scale of the approaching city.

The urban area below, Greater Jakarta, has a population of more than 30 million people, and it continues to grow as job seekers crowd in for wages that are sometimes quadruple those elsewhere in the Indonesian archipelago. The city has been built up rapidly, with scant planning and ill-enforced regulation, leaving a maze of small, busy streets—sometimes called jalan tikus (rat roads)—with a web of large highways cutting through them.

When the haze yields, as it often does after a heavy rain, the bounds of the city become apparent from the tops of its towers. The bay to the north and the mountain silhouettes to the south corral an otherwise ponderous expanse. But in the absence of these moments of clarity, the place seems like it could go on endlessly in any direction; it fades to gray in the near distance, like a demanding videogame run on an old computer. 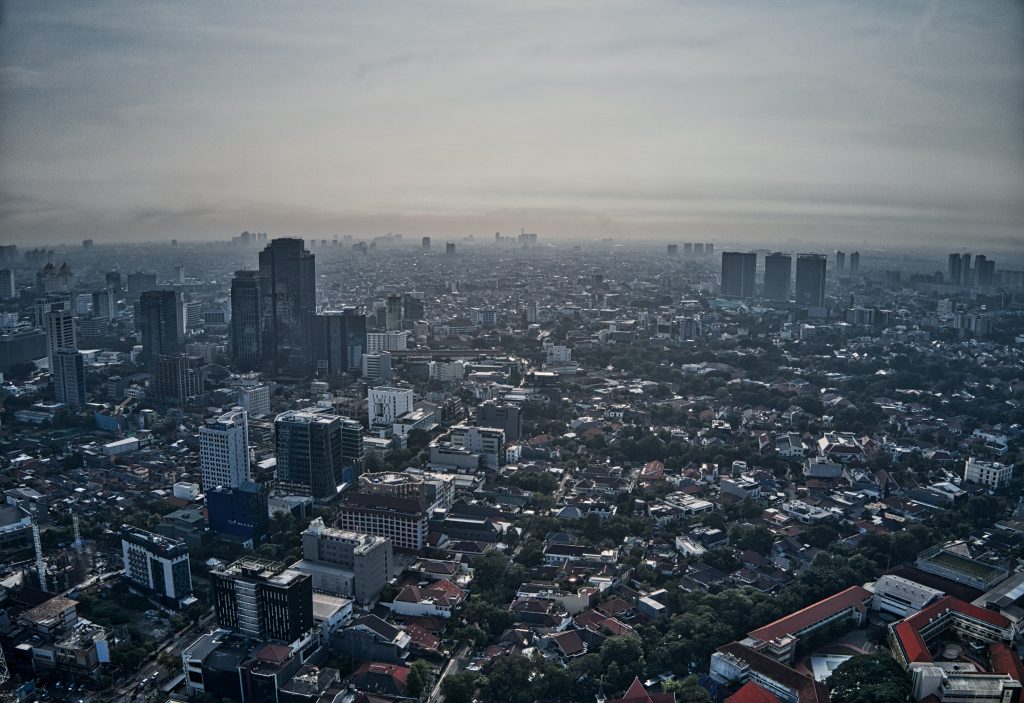 A view of Greater Jakarta on a clear day. Photograph by Tom Fisk / Pexels

Jakarta is divided: by wealth, by flood security, by the air itself. Much of life, for those who can afford it, involves darting from one modern, air-conditioned space to another in search of shelter from the heat, the rain, the pollution. Thousands of motorcycle-delivery drivers stand ready to bring almost anything to the door.

There is good reason to stay inside. The city’s existing green spaces are dwindling, and its air quality during the dry season is among the worst in the world. Fuel subsidies have incentivized the use of private vehicles at the cost of more environmentally conscious modes of transportation, and the practice of waste burning—an alternative to overstuffing the city’s landfills—has gone largely unchecked, stoking a persistent miasma over the city. Private superblocks turn what would have been a walk of only a few hundred yards into a circuitous odyssey. Insulated from life outside, giant luxury malls—LED-clad and filled with aspirational global brands—beckon city dwellers to circumscribed havens of modernity. 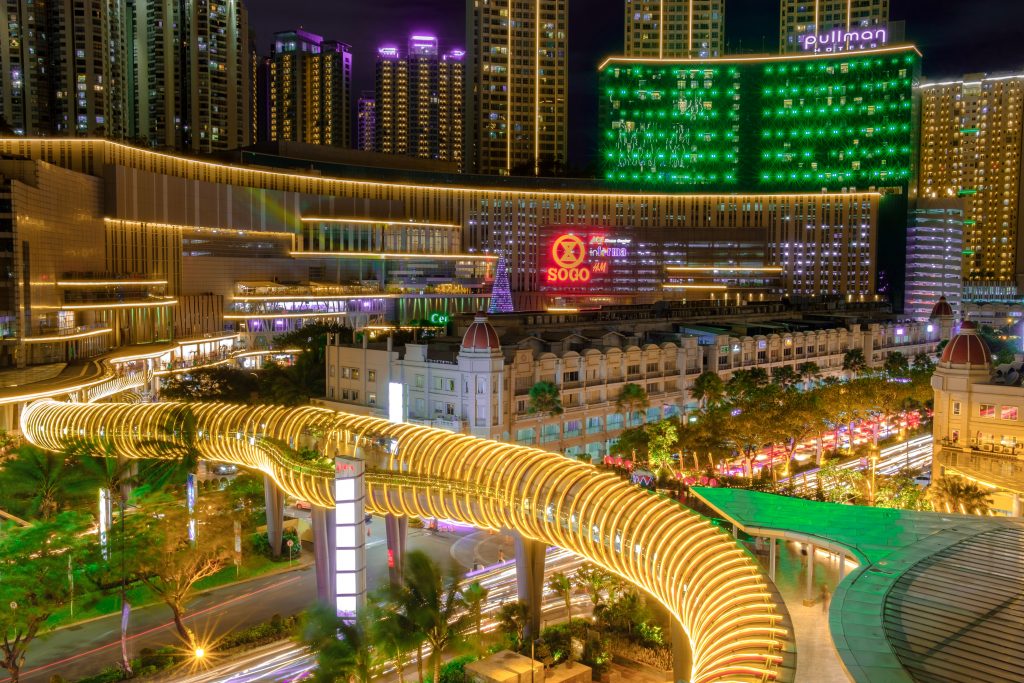 A view of the Central Park mall and residential complex in Jakarta. Photograph by Dias / Unsplash

But what makes Jakarta unique exists beyond these sealed monuments of retail and inward-facing spaces, in the parts of the city left behind.

Along the narrow rat roads that somehow manage to accommodate two-directional traffic, painted street stalls serve fried duck with sambal, steamed coconut rice balls, shallot-garnished Achenese noodles, fresh mango and durian, and rujak: underripe fruit dipped in spicy molasses. These specialties are eaten outside, under tents, among the noise, the motorcycles, the angkot (semipublic minibuses), and the bajai (three-wheeled taxis); among the vendors tying up bundles of whiskered rambutan fruit or weaving janur palm wreaths; amid parading ondel-ondel puppets and delivery drivers drinking their coffee. Here—sometimes at the feet of skyscrapers—is a Jakarta free from the globalized sameness of so many of the world’s megacities. It is hard to imagine a more vibrant place. 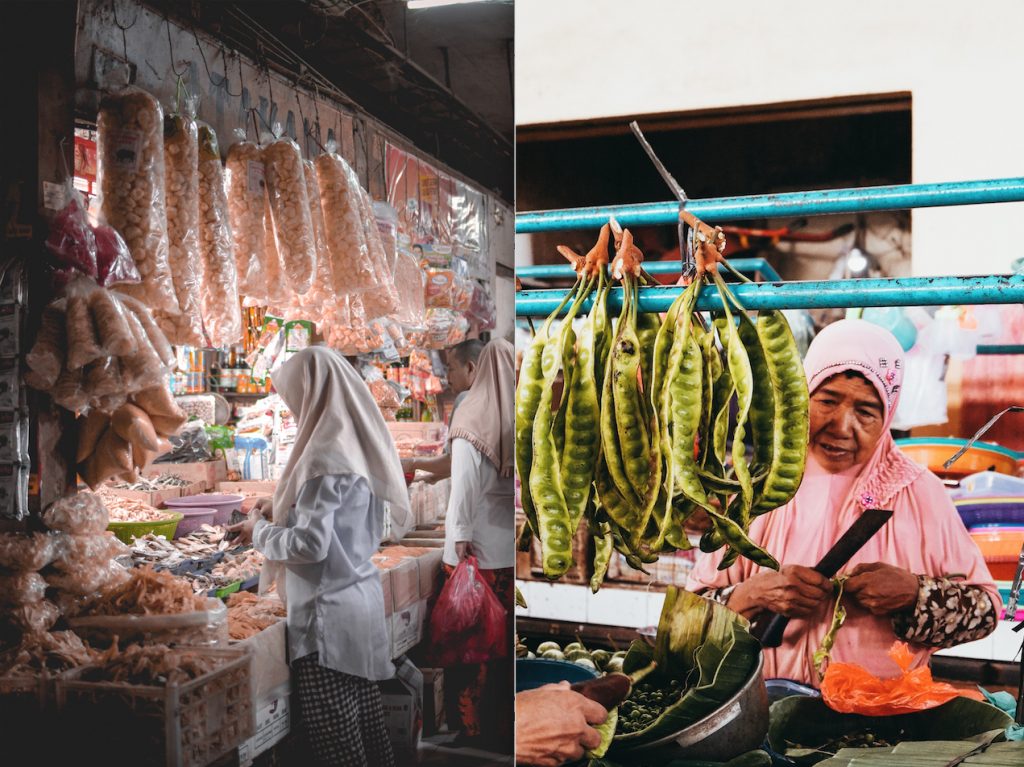 But the capital’s promised successes have eluded many in these quarters, where a surfeit of residents in need of a living has allowed informal jobs of varying legality to develop. In place of stop lights, for example, for-profit, quasi-legal traffic guards stand at many intersections. Drivers wave a 2,000 rupiah note (about 13 cents) out the window, and the self-appointed guard wades out into the busy road, arms outstretched. He uses the implicit threat of his own mortality to bring the flow of traffic to a stop and allows the munificent driver to pass. It’s sometimes the only way to make it through an intersection.

Abdul Rojak, 27, has been doing this work for three years on the corner of Jl. Palmerah Barat and Jl. Inspeksi Slipi. It’s a dangerous job. He’s been sideswiped by motorcycles, has had his foot run over, and has been rounded up by police in anti-preman (thug) raids. Abdul makes, on average, 130,000 rupiah (about US$ 9) in a two-hour shift, before passing the corner off to one of his friends. They have all grown up here, and the intersection belongs to them—no one has challenged that yet.

Despite his work’s tentative legality, Abdul believes in its value. Without people like him, he says, there would be “uncontrollable traffic jams.”

This type of informal enterprise is characteristic of the city’s grit. Public services are lacking, and Jakartans know better than to wait for problems to be fixed; help is not always forthcoming. Whether their challenge is the city’s periodic floods, its intransigent traffic, or its convoluted bureaucracy, Jakartans find a way to help each other get by—if, sometimes, with the help of a profit motive. 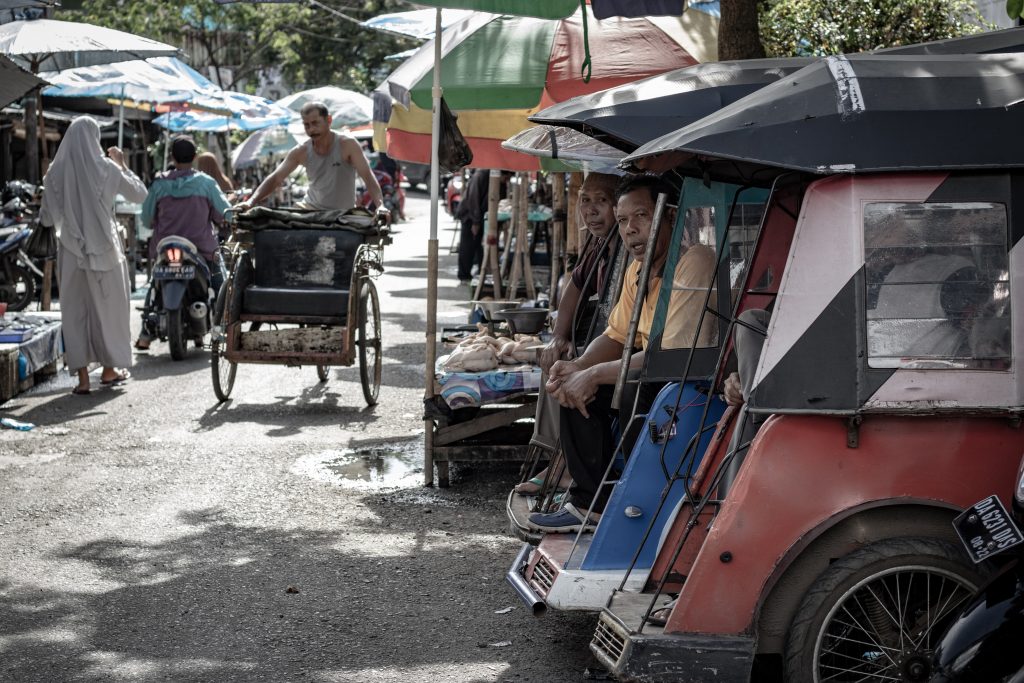 Becak (motor rickshaw) drivers sit in the back of their cabs on a street in Jakarta. Photograph by Hobi Industri / Unsplash

But Jakarta—bifurcated, flawed, resilient, kaleidoscopic, vital—exists in the shadow of another city, a promised city.

On a patch of sparsely developed land some 800 miles away, on the island of Borneo, Indonesia will build a new capital, one to replace Jakarta. This promised city has been constructed, so far, only in buzzwords: in the language of technology, the language of the future. The as-yet unnamed capital is being billed as a “smart metropolis,” with AI, autonomous vehicles, and oft-cited technological “integration.” It will be overwhelmingly privately funded and is not expected to add to the country’s economy. Many worry that, despite its professed greenness, the project will threaten the Bornean ecosystem, which has already been strained by logging and the acres of oil-palm plantations that have sprung up in its wake. The new city’s design involves the unlikely—or perhaps very likely—partnership of Tony Blair, Crown Prince Sheikh Mohamed bin Zayed Al Nahyan of Abu Dhabi, and McKinsey & Company. 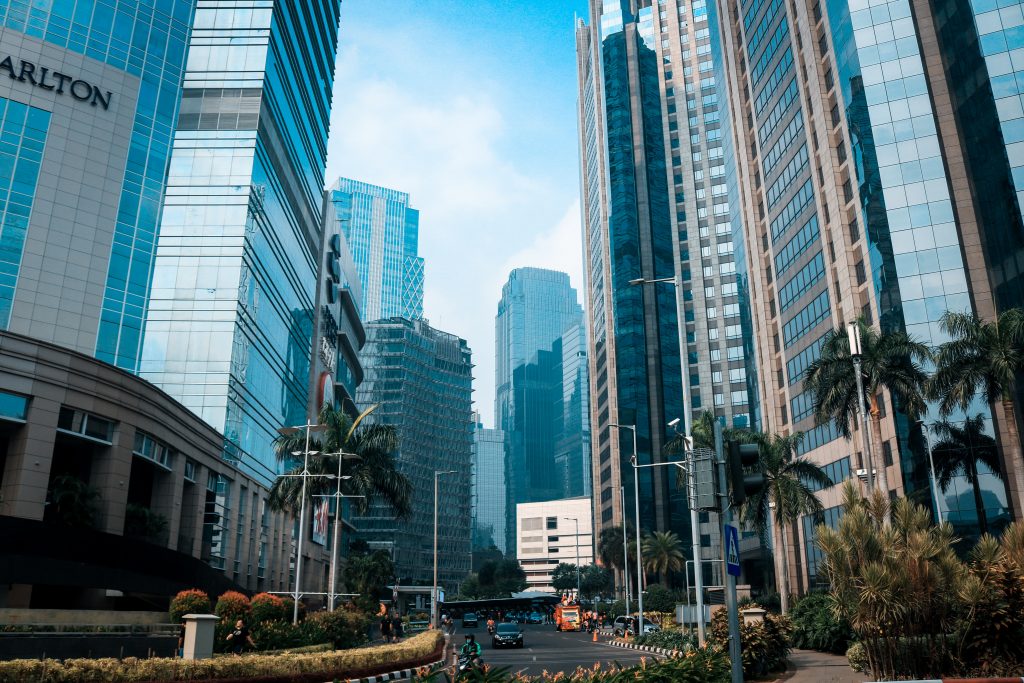 A host of problems have motivated the decision to move the capital. Heavy buildings sitting atop depleted aquifers have been causing sections of Jakarta to sink. As a result, the rising sea periodically spills over into the city’s poor coastal neighborhoods, sparing only the elevated malls and luxury residential developments next door. After getting stuck in Jakartan gridlock on the way to the Bogor Presidential Palace, the Indonesian president, Joko Widodo (popularly known as Jokowi, himself a former governor of Jakarta), declared, “This is why the capital is being moved.”

The remark, for some, struck a deeper truth. The new capital will not be used by the majority of Jakartans. It is unclear how any of it will help someone like Abdul. Instead, the funds for the new city will indulge the lofty dreams of those who ride in private cars through Jakarta’s streets, frustrated by its noise, its traffic, its warung shop tents and food carts spilling into the road. For many of those who will stay, the solution isn’t so clear. 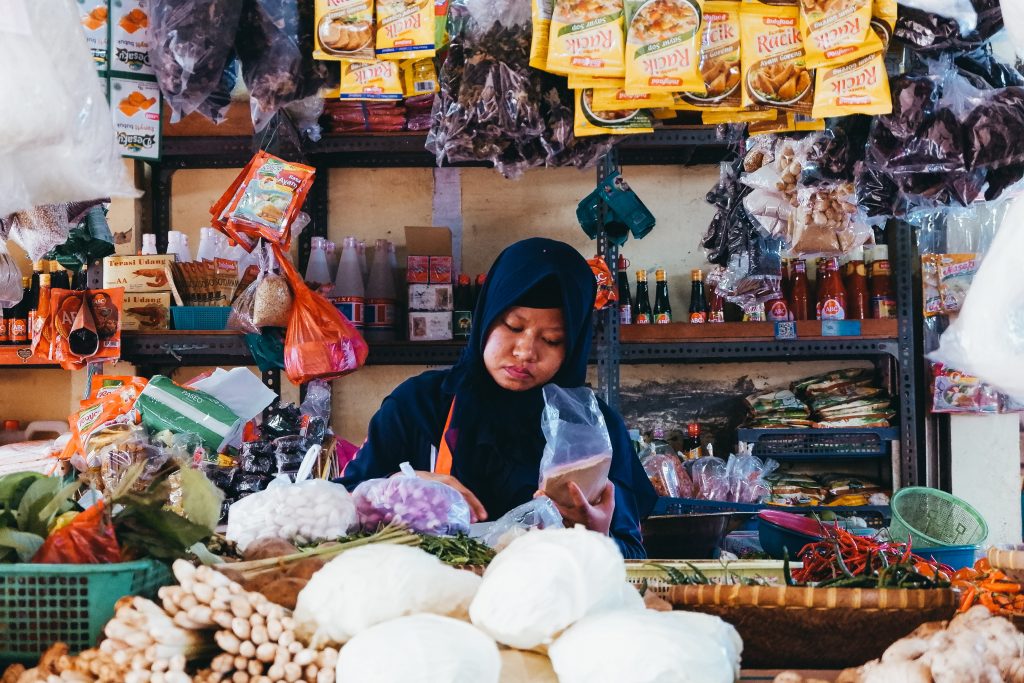 While the people once charged with Jakarta’s flourishing seek out greener pastures, the city will remain home for millions. For these residents, the place is troubled but not lost; it is still worth fixing. Regardless of whether its distant rival ever materializes, Jakarta will carry on much as it always has: through the innumerable local efforts that hold it together despite all expectations to the contrary, through its general indifference to the whims of boardrooms and legislative chambers. Jakarta is and will remain bewildering to many, but its inhabitants and admirers know it is of little use to evangelize. The city’s charms are too subtle, its rewards too dear.

Featured image: Jakartans shop at a roadside market as an angkot (a semipublic minibus) awaits passengers. Photograph by The Ian / Unsplash