The Enduring Disposability of Latinx Workers
When employers fail to provide PPE, testing, sick pay, or job protection, the message is clear: Latinx laborers are “not us.” 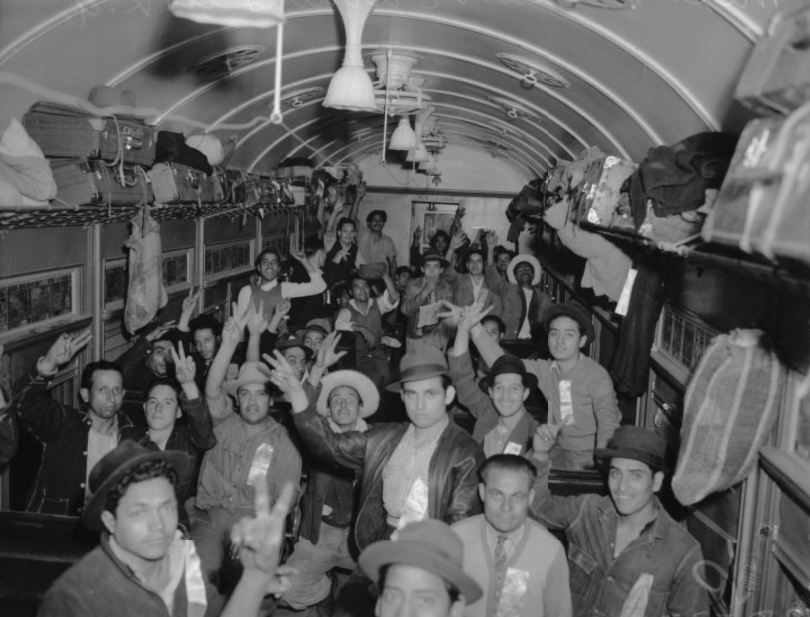 I remember the first time I cried in an archive. I was doing research in 2001 in the Archives of the Secretary of Exterior Relations in Mexico City, which houses the papers of Mexican consulates in the US. I came across a 1916 document about the quarantine station at the US-Mexico border in El Paso. The document described how Mexicans who lived in Juárez and crossed the border every day to their jobs in El Paso were regularly stripped naked and forced into showers while their clothes were washed in kerosene—all at the direction of the US Public Health Service. The stated rationale for this practice was that Mexicans were the cause of a typhus outbreak in the US, even though Mexicans had only been associated with four cases in the previous months. When a local jail adopted the same practice, using a kerosene solution to deal with an outbreak of lice, someone lit a match and the explosion killed all 20 Mexican prisoners.1

I cried because of the cruelty and dehumanization. But I also cried because these conditions were not the exception but the rule for Mexican laborers at the turn of the century. I was well into writing my first book, Fit to Be Citizens? Public Health and Race in Los Angeles, 1879–1939, and I knew that workers would continue to be treated as either the solution or the problem, depending on demand for cheap labor in the US, for decades to come. Mexicans provide a ready supply of inexpensive labor in times of plenty, but they regularly suffer from disease and injury due to the lack of clean and safe working conditions. In both cases, Mexican workers’ lives are treated as disposable.

Today Latinx workers, especially immigrants, are concentrated in the front-line occupations of health care, food service, transportation, agriculture, and meat processing. Yet while we now call these occupations essential, the actual workers are considered just as expendable as they were one hundred years ago, and the emergence of COVID-19 has only highlighted that reality. In California, the Latinx community composes 39 percent of the population but represents 55 percent of coronavirus cases.

Meatpacking was dangerous even before COVID-19. Low-wage workers endure crowded, cold, and noisy conditions and face punishment for absences and no sick pay, which encourages them to work when they are ill. With the arrival of the pandemic, these dangerous conditions have been exacerbated by a failure to provide personal protective equipment (PPE) and sanitation stations, and a drop in the number of safety inspectors. The conditions are often just as bad for agricultural laborers, who are exposed to pesticides, live in crowded and inadequate housing, and lack PPE and sanitation stations.

Yet far from joining together in outrage, most Americans tacitly accept these conditions for a few so that the majority can continue their lives uninterrupted. Wisconsin Supreme Court Justice Patience Roggensack recently provided a pungent example of how ingrained in society this “otherness” is. She explained that one county’s surge of COVID cases—from 60 to 800 in two weeks—was “due to the meatpacking.” “That’s where Brown County got the flare. It wasn’t just the regular folks in Brown County.” In other words, “regular folks” are not diseased; Mexicans are.

For over a century, we have excused systemic inequalities, justifying them by pointing to Mexicans’ difference from “us.” In the early 20th century, employers, particularly those in agriculture and railroad construction in the Southwest, relied heavily on Mexican immigrant labor. Agribusiness leaders argued that Mexicans should be exempt from immigration quotas because they were biologically suited to perform stoop labor in 110-degree heat that would overwhelm other workers.2 This argument foreclosed any discussion of workplace conditions and justified giving these workers the worst jobs, at the worst wages, in the worst conditions. 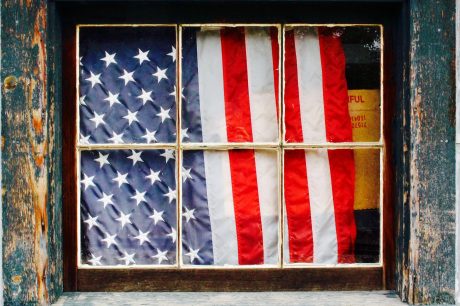 Although immigrant labor was eagerly exploited when demand was high, immigrants were quickly redefined as an unwanted and diseased population when the economy soured. During the Great Depression, officials deported approximately a million Mexicans and Mexican Americans—including many US citizens—in part on the pretext that they were diseased and liable to become public charges. Health officials who had once focused on assimilation suddenly began to argue that Mexicans’ biological inferiority precluded their inclusion in the US body politic. The officials had once interpreted high infant-mortality rates among Mexican immigrants as evidence of the need for public health education, but in the cost-conscious 1930s, the same statistics were treated as evidence that Mexicans were genetically flawed. No amount of education could ameliorate this deficiency, they declared, concluding “We Can No Longer Ignore the Problem of the Mexican.”3

The oscillation between open arms toward and hostile treatment of Mexican immigrants has played out again and again. When World War II created labor shortages, the US government sought help from Mexico. The result was the Bracero Program (1942–64), a guest-worker system that brought 4 million Mexican men to the US to perform farm labor.4 As before, little attention was paid to dire working and living conditions permitted by employers.

The lack of adequate and hygienic employee housing ranked among the laborers’ most frequent complaints.5 And the health care that was available served as a means more of relieving employers of unproductive workers than of safeguarding worker health. Those who were injured or fell ill were often deported to Mexico and easily replaced with fresh recruits.6 Employers in the program faced no consequences for violating their contractual obligation to provide laborers with safe and sanitary working and living conditions. As a result, despite the appearance of having strict health standards, the Bracero Program perpetuated the view of Mexicans as bearers of disease while disregarding the systemic conditions that gave rise to disease.7

The welcoming of immigrants flipped to rejection once again in California in the 1990s. For years, Mexican immigrants had been received to fill circumscribed roles as low-wage workers in agriculture, manual labor, housekeeping, and child care. Yet, once California was in the maelstrom of a recession and an election year, a familiar narrative was repeated: immigrants were a drain on society. Immigrant maids and nannies, once deemed economic necessities, were now depicted in nativist campaigns as disease carriers and burdens on public health, education, and welfare programs.

This narrative was adopted in political discourse, ultimately driving legislation in the form of California’s landmark Proposition 187, which sought to deny public-health services, social services, and public education to undocumented immigrants. Proposition 187 applied to all undocumented immigrants, but within California’s political and cultural climate, it was understood that Mexicans were the true targets. And because the proposition mandated that all public employees, including health-care workers, report anyone suspected of being an undocumented immigrant, having dark skin, an accent, or a home address in a certain part of town might be enough to mark an individual as potentially deportable. Proposition 187 was shut down by the courts on constitutional grounds, but the fact that it passed by an overwhelming majority underscores that most California voters were willing to yet again dispose of Mexican workers.8

And today, in the era of COVID-19, essential workers, many of them Latinx, are in the same rickety boat. Most have few options for medical care: they lack employer-sponsored health insurance, cannot afford health-coverage options under the Affordable Care Act, or are not eligible for public benefits. Just as concerning, undocumented immigrants fear a COVID test will bring them to the attention of Homeland Security, despite assurances to the contrary. When employers do not provide PPE, testing, sick pay, or job protection for those who take sick leave—and the federal government proposes shielding them from liability when employees fall ill at work—the message is clear: Latinx laborers are not only “not us,” they’re faceless and expendable.

But treating workers as disposable, discarding the sick like so many dirty tissues, does not keep the rest of the population safe. COVID’s exponential growth allows it to rapidly spread beyond the Latinx workforce, meaning it is not just “their” problem.

COVID has exposed meatpacking plants and agricultural farms as hotbeds of disease—and despite the insistence of people like Justice Roggensack, the culprit is not “dirty” or “inferior” Mexican immigrants but these businesses’ unjust practices of exploitation and disposal. 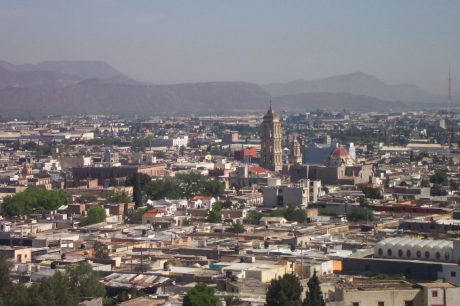 When we ignore that reality, falling back on the notion that Mexicans are different from “us,” we construct social and cultural borders. Disease tropes strengthen those borders by intensifying immigrants’ otherness, creating a culture that justifies exclusion and demonization. But the importance of providing access to health care and proper workplace conditions for Latinx immigrants does not end at those imagined social borders—the “us” this nation insists on reifying depends on it. Not only out of integrity but in the interest of self-preservation, we must as a society recognize the humanity of Latinx immigrants.

Twenty years ago, I wept in an archive. I cried again recently. I was listening to a press conference from Los Angeles Mayor Eric Garcetti. He told the story of Santos Barahona, an immigrant from El Salvador who worked as a janitor at the Los Angeles International Airport (LAX) and had passed away from complications of COVID. Garcetti described Barahona as the face of Los Angeles.9 In Barahona’s honor, the iconic light towers that line the entrance to LAX went dark for one night. What a contrast to how so many workers before him had not been memorialized or even remembered. Barahona was not seen as someone separate from “regular folks.” Nor had he died nameless and faceless, like the Mexican workers who perished in the El Paso border-crossing-station fire. He had a name, he had a family, he was a person. 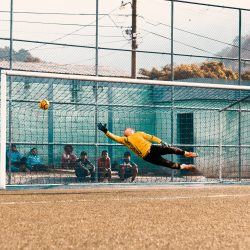