The Fortunes of Senso-ji, Tokyo
Asakusa is just west of the Sumida River in the shitamachi, the “old town” of Tokyo. Much of this part of Tokyo, including most of the venerated Buddhist temple ... 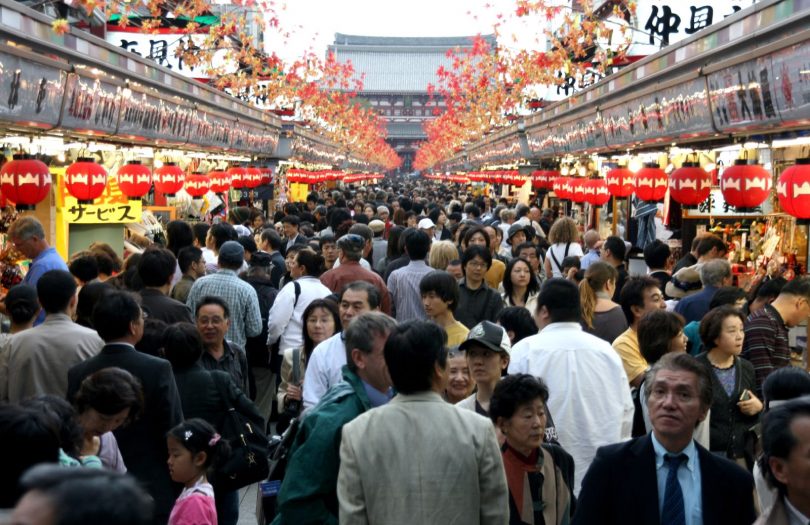 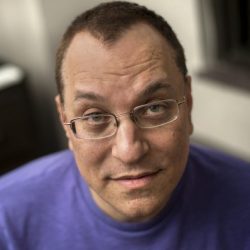 Asakusa is just west of the Sumida River in the shitamachi, the “old town” of Tokyo. Much of this part of Tokyo, including most of the venerated Buddhist temple of Senso-ji, was destroyed during the war, then rebuilt.

As soon as I pass through a vermillion gate with imposing depictions of the white-faced god of thunder and the red-faced god of wind, I am swept up in the carnival atmosphere of the 250-meter-long Nakamise, the lantern-adorned arcade leading to the Senso-ji temple. Countless small shops, from which I buy souvenirs and sweets, line the way. All is color and excess bordering on “kitsch,” for which there is no Japanese word.

I pass through another towering double-storied gate, this one featuring two enormous straw replicas of the Buddha’s sandals.

I hear the sound of wood against metal, but can’t locate its origin.

There’s smoke wafting from a large cauldron. Surrounding the cauldron, worshippers fan the smoke toward their faces. I look over the cauldron’s rim: inside are numerous incense wands standing in what seems to be gray, ash-like sand. The smoke enshrouds the long, steep flight of stairs to the orange-red and gilded hondo, the main temple hall.

The raucous bustle inside the cavernous hondo matches the energy outside in the Nakamise. The wall paintings of the life of the Buddha are cacophonous not only in their colors, but also in their numerous depictions of Buddhist deities. Senso-ji’s main devotional object is a hibutsu, a tiny image of Kannon, Goddess of Mercy, supposedly first discovered by fishermen in 628 AD. It is too holy to be on view. Still, visitors flock to the temple to honor it.

In front of the main altar, I remember what I read in my guidebook: I bow twice, close my eyes, clap twice, bow once more.

At the top of the hondo stairs, I look out over the smoking cauldron and the Nakamise. I have seen this view before. But the famous Hiroshige print includes a large red festival lantern.

I remember that Asakusa was once the Yoshiwara, Tokyo’s red-light district, where Kabuki actors and geisha entertained the growing middle classes of the late Edo period. I am standing amid what was once the Floating World. 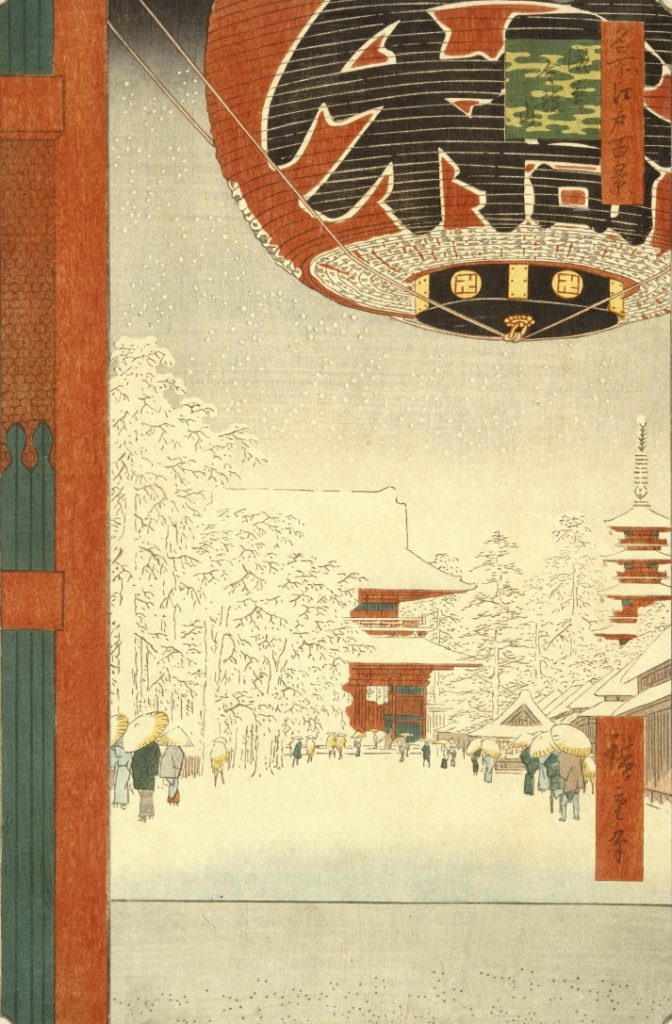 Kaminarimon, Hōzōmon, and pagoda of Sensō-ji, depicted in the 99th painting of One Hundred Famous Views of Edo by Hiroshirge, 1856. Photograph courtesy of Wikimedia

Descending the stairs, I finally locate the origin of the sound of wood hitting metal. Along the path to the temple are the famous Senso-ji fortunes: bamboo sticks in a silver container. I pay one hundred yen and am handed a container. I shake it. A wooden stick escapes from the small hole on one end of the rectangular box. On the edge of the stick are kanji. Each combination of kanji matches one of the drawers lining the entry walk to the temple. Each drawer contains a fortune.

The kanji are worn away from use. The characters on my stick are difficult to match with its drawer.

At last, I am able to find it. I open the drawer and remove the small white paper on which is written—one side in Japanese, one side in English—No. 48 Small Fortune:

Just like looking at the treasure of other people beyond the valley. Let’s stop to hurt your heart and give trouble to your mind.

If once a chance comes you can meet an excellent fortune. Just like a giant happy bird fly up to sky, you will succeed in this society, and rise to be famous in the world, meeting with so many fortunes.

*If you have right mind, your request will be granted later on. *The patient, the sickness may last long, but is sure to get well. *The lost article will be found. *The person you wait for will come late. *Building a new house and removal might have a little trouble at first but it get well later. *Marriage, employment and to start a trip are all half good fortune.

I’m disappointed by this fortune, which seems neither good nor bad. It doesn’t give me any true direction.

If you have right mind, your request will be granted later on.

Is a request the same as a prayer?

More important: what is the right mind?

I notice the many twisted strips of paper tied to a metal wire. Should I keep my paper fortune with me or leave it with the countless others behind?

This is an adapted excerpt from Kenny Fries’s recently published In the Province of the Gods, which received the Creative Capital literature grant.