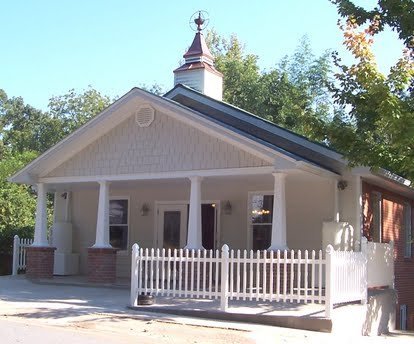 This piece, marking the release of Bledsoe’s new novel, A Thin Bright Line, is the latest installment of Public Streets, a biweekly urban observations series curated by Ellis Avery.

Urbanites joke about rural hicks. Rural Southerners, especially, are the butt of jokes about their dogs, guns, and ignorance.

But anyone traveling—with their eyes and hearts open—through the back roads of America can find a completely different, parallel landscape.

In northern Georgia, on the edge of the Chattahoochee National Forest, sits the small town of Dahlonega. On Sunday mornings in Dahlonega, the Georgia Mountains Unitarian Universalist Church opens its doors to anyone wishing to attend. Any stranger who walks in to join this congregation of a few dozen souls will be warmly greeted. Even the shyest visitor will feel at home. During the service, the names of Jesus and God are never invoked. Instead, the hymns and prayers focus on the members of the congregation—especially those who’ve suffered a loss or illness—and on social justice issues. The church’s website makes their mission clear: “We feel a responsibility as a religious community to stand up for people who are oppressed, to speak out for equality, and to safeguard the Earth. It is impossible to separate our faith from our work for social justice.” The pastor is a woman.

This doesn’t sound like the intolerant, Bible-thumping stereotype of a small church in the South, does it?

This welcoming bower sprung from so many sources. But at least one of the seeds was sown in 1966 when Virginia Prentice’s partner died in a fire. The two women, both in their young forties, were not only a couple but coworkers, living and working in Hanover, New Hampshire. They shared a dachshund named L’Forte, who may or may not have died in the fire, too. Due to the McCarthy Era silencing of queer lives, there is scant information about the couple’s relationship. So little is known about the intimacy of mid-century lesbians because—as Stanford historian Estelle Freedman so brilliantly writes in her essay, “The Burning of Letters Continues”—they did all they could to erase the evidence of their love. Detection of their relationships could mean the loss of jobs, home, and family. 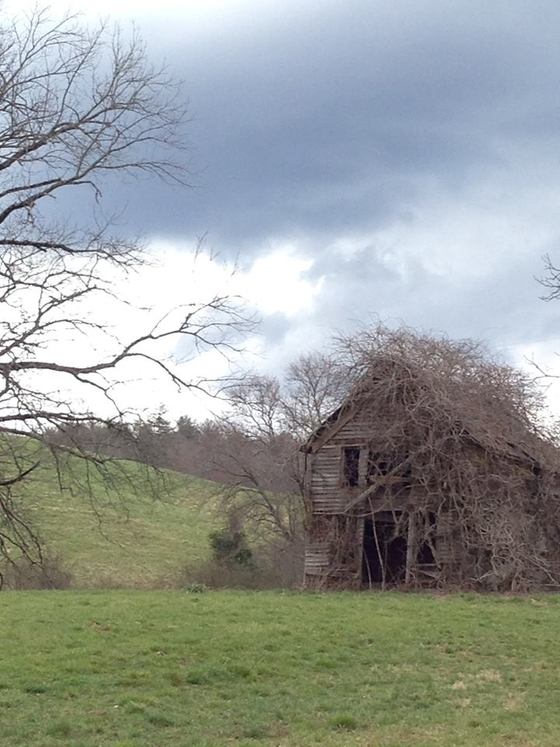 What is known, from interviews with her nephews and congregants of the church, is that Virginia mourned for her partner terribly. After the death, Virginia, who was a geologist and geographer as well as a licensed pilot, taught at a university for a few years. She had at least two more dachshunds, Adam and Ulysses, though whether she had other romantic relationships is unknown. When she retired, Virginia took to the road, telling her family that she was going to drive around the country, sleeping in her tiny camper. If she found somewhere she wanted to stay, she’d let them know.

What she found, eventually, was Dahlonega, Georgia. There, according to a member of the congregation, she and three other elderly lesbians founded the Georgia Mountains Unitarian Universalist Church in 1994. Virginia was an active member until her death in in 2002.

In 2016, members of the congregation remember her as “feisty and outspoken.” With her when she died was a straight woman in the choir, who lovingly detailed how Virginia always wore “Birkenstocks with rag wool socks, winter and summer, and sweatshirts with ‘sayings’ on them.” An older gay man also remembered that “She loved to travel, and she always gathered a bit of sand from her destinations, which she’d bring back in tiny vials to place on the church’s altar.”

Virginia Prentice led a relatively quiet life. But she and her team of elderly lesbians—along with today’s congregants of all genders, sexualities, races, and cultures who still gather at the small church in Dahlonega—left a profound legacy.

Sure, Dahlonega is the county seat of the laughably named Lumpkin County. And sure, if you take walks on the outskirts of town, dogs will chase you away from their owners’ property. In the surrounding countryside, you see an unnerving number of gun shops. But don’t be fooled. The heartbeat of this town lies in the church’s mission: as their pastor Charlotte Arsenault says, “Justice is the public form of love.”