The Murder of Theory
Reports of theory’s death have been greatly exaggerated, but new villains keep on attempting its murder. Those who would vanquish abstraction with description, trade jargon for vernacular, and ... 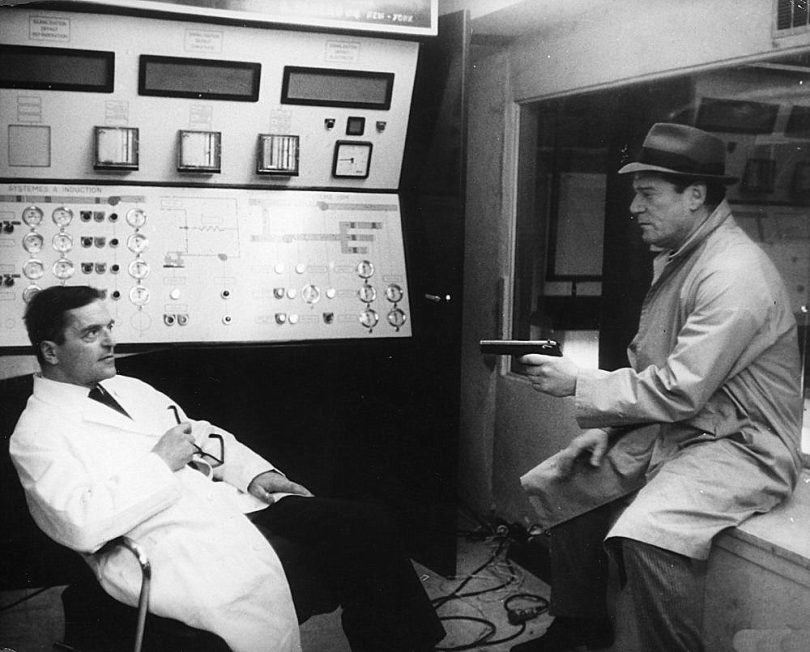 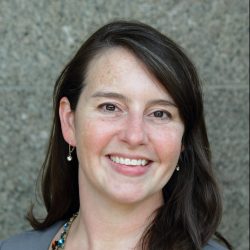 Reports of theory’s death have been greatly exaggerated, but new villains keep on attempting its murder. Those who would vanquish abstraction with description, trade jargon for vernacular, and discard concepts to embrace particulars have recently enjoyed easy incorporation in the university of administered instrumentality. Lately, they can welcome among their ranks contemporary novelists depicting theory as nothing more than a gimmick.

“The theory novel” has begun to be recognized by literary critics and historians of the present as a newly prevalent genre in its own right, which Nicholas Dames defines as “a strangely conservative and undialectical postmodern utopia” intent on reducing theory, once “key to all the world’s things,” to “just another thing-in-the-world.”1 Far from an occasion to rethink how literary form might itself be a sibling of theory—in de-instrumentalizing language, propounding critique, projecting better worlds—theory has appeared to novelists ranging from Jonathan Franzen to Zadie Smith as a shortcut to milieu, a byword for esoterica, a joke. And now the ultimate theory incubator, French academia, has coughed up its own homicidal roman à clef, killing Roland Barthes for a laugh.

Laurent Binet is a literary darling (winner of the Prix Goncourt du Premier Roman for his novel HHhH) and a professor of French literature (University of Paris III), so it is, sorry to say, befuddling that he has produced a work of so little art and so much anti-intellectual snark. The Seventh Function of Language spins a detective story from the banal traffic collision that ultimately claimed Barthes’s life, pitting a hard-boiled right-wing gumshoe against the namby-pamby antics of semioticians and queers.

Barthes got himself murdered by secretly developing a seventh function of language to add to Roman Jakobson’s influential six (referential, poetic, affective, conative, phatic, and reflexive): a performative-rhetorical function magically producing political obedience, best exemplified in an autocrat’s oratorical prowess. Barthes keeps the blueprint for said function on a tiny piece of folded paper in his breast pocket, lest it fall into power-grippy hands. The murderer is (spoiler!) Julia Kristeva, top dog among innumerable cartoon femme fatales, who did it to fluff the ego of her husband of 50 years and marriage-how-to-treatise coauthor Phillipe Sollers, a desperate competitor in Roman-fora rhetorical contests whose losers forgo fingers and other members (literally, insipidly, castration).

But if Kristeva had not contracted a brigade of Bulgarian thugs to kill Barthes, he surely would have perished of her atrociously pretentious dinner parties, at which theory stars lob nonsense rockets, everyone is self-fellating, and no one is having any fun—except Bernard-Henri Lévy (recipient of under-the-table genital titillation at the toes of Jacques Lacan’s unnamed black-leather-besuited lady friend)—and of which there seem to be no less than 17 in this leaden send-up.

Sollers intervenes … “I agree with Aragon, you know … The woman is the future of man … and therefore of literature … because the woman is death … and literature is always on the side of death …” And while he vividly imagines the Canadian peeling back his foreskin, he asks Kristeva if she would like to go and fetch dessert. …

The evening draws to a close. Lacan’s mistress will go home with BHL. The Bulgarian linguist will accompany the Canadian feminist. The Chinese woman will go back alone to her delegation. Sollers will fall asleep and dream about the orgy that didn’t happen. Out of nowhere, Lacan makes this observation, in a tone of infinite weariness: “It’s curious how a woman, when she ceases being a woman, can crush the man she has under her thumb … Yes, crush him. For his own good, of course.” There is embarrassed silence among the other guests. Sollers declares: “The king is he who wears on his sleeve the most vivid experience of castration.” (foreshadowing!)

If theory is dead—lifeless, vapid pronouncements as window dressing for petty bourgeois sexual jealousies and casual misogyny—who killed it? Not an entirely promiseless premise for the detective genre, especially considering that literary theory has so often been likened to detection: devoted as it is to tracking clues and translating codes, sieving the latent from the manifest, Houdini-ing the meaninglessness in meaning, confronting the crouching tiger of suspect ideologies. But where a procedural thriller about Barthes’s killer might have subtly hit such notes, Binet’s forcing of detection into both farce (international sexploits, extravagant violence, pernicious yammering) and tacky metafiction goes cacophonously awry. Who, even among the melancholic theory-obituary addicts, would desire to consume nearly four hundred pages about its trumpery?

Who is reading? is a question raised by the sheer ick of this book (and perhaps a question about the difference between the French and English highbrow fiction markets), but it is also a question with Barthesian echoes. Semiology, especially as Barthes advanced it, is many things at once: a speculation that no one is not reading, a science of over-reading, a study of how signs demand to be read in excess of their function—theory-as-enchantment of the world’s detritus and trifles in their promiscuous semanticity. 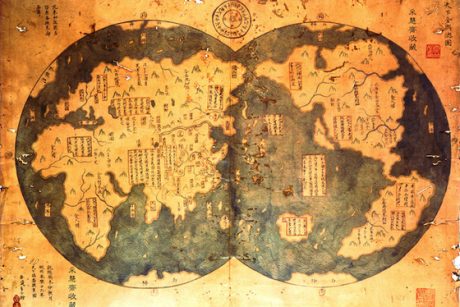 In works like Mythologies and Image, Music, Text Barthes palpates the textures of ordinary stories and avant-garde shards, and squeezes steak frites for nationalist symbolism. Nothing is unavailable for reading, and indeed we all of us are reading all the time, even without knowing it: upholding patriarchy as we scan our shoe shelves, normalizing whiteness in the Band-Aid aisle, absorbing carbon capitalism in mildly registering the sweet sparkle blue of a stranger’s SUV.

Who is reading?, the tacit general question of semiotics, finds its explicit particular complement in one of Barthes’s most decisive interventions into specifically literary theory: his question Who is speaking? After Jane Austen and Gustave Flaubert invent free indirect discourse, third-person narrative increasingly comes to include sentences of grammatically indeterminate attribution, mixing narratorial judgement and characterological perspective and a general intellect Barthes calls “universal wisdom” or ideology. This mixture prompts again and again the question Who is speaking?, and the question is unanswerable:

We shall never know, for the good reason that writing is the destruction of every voice, of every point of origin. Writing is that neutral, composite, oblique space where our subject slips away, the negative where all identity is lost, starting with the very identity of the body writing.2

This is an extraordinary theory of writing that unfolds from a single sentence in Balzac, and goes on to radicalize how readers logically fathom the experience and pleasures of texts. It opens Barthes’s notorious 1967 essay “The Death of the Author,” in which he revolutionizes concepts of authorship, textual creation, and the autonomy of the work of art, arguing that writing is a force field where individuals are nodes but not discrete agents. “To give a text an Author is to impose a limit on that text, to furnish it with a final signified, to close the writing”; by contrast, to leave the Author for dead is to open “a multidimensional space in which a variety of writings, none of them original, blend and clash. The text is a tissue of quotations drawn from the innumerable centres of culture.”3

Barthes thus invites new literary criticism that would inquire into these “innumerable centres” and their gossamer tissue. Rather than correlating a text to a specific context, a critic should feel out the multiple connections texts forge, grasping the capacity of texts to generate their own fabulous contexts in hypothetical realms, their own different cultures with engaged readers of the future. If traditional criticism celebrates literary genius, Barthesian criticism should imagine the variety of agents—partial inspirations, unspeaking voices, confluent discourses, minor characters—that contribute to a text.

Binet’s forcing of detection into both farce and tacky metafiction goes cacophonously awry.

There are at once politics and pleasures in these deaths of subjects, since “that neutral, composite, oblique space … where all identity is lost” might just be hospitable to wholly alternative logics of subjectivity, unmoored from capitalist individualism or heteronormative propriety. If the author is not an individual and the text is not a univocal expression of its time, maybe reading and writing hold out utopian promises of binding better lives. Attuned to these political pleasures, Barthes uniquely married structuralist formalism with idiosyncratic affects like melancholy and joy, producing as many love letters and pleasure meditations as function tables and Greimasian squares.

The death of the author glimmers through Binet’s clever gambit: the author of “The Death of the Author” is dead … Wouldn’t it be cute if he were murdered? But one of The Seventh Function of Language’s many missed opportunities is to have raised the question Who is speaking? in a clunky metafictional first person, rather than the third-person abstraction of free indirect discourse that was Barthes’s fascination. An “I” greets us early, within the first pages, offset in a single sentence paragraph to be sure we notice it, and finally reveals on the penultimate page (spoiler!): “I am Simon Herzog. I am the hero of my own story.” Simon has been the semiotics PhD student hired as “translator” for the superintendent of the murder investigation; throughout the novel he counter-revolutionarily aligns himself with the conservative French police, and at the end he is (symbol!) grotesquely maimed. 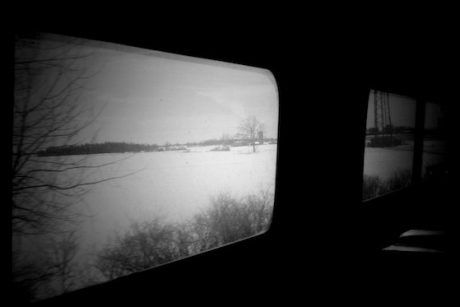 It is boring to go on in this way, sad that a bad novel is bad, but the point is of course that novels can be so very good, so crazily adroit at theory’s job: practicing counterintuitive ways of knowing, putting concepts into motion, exercising functions of language far beyond information and profit, making more than this world. Theory novels, we await you. Who is writing?

Featured image: a still from the 1965 film Alphaville, directed by Jean-Luc Godard 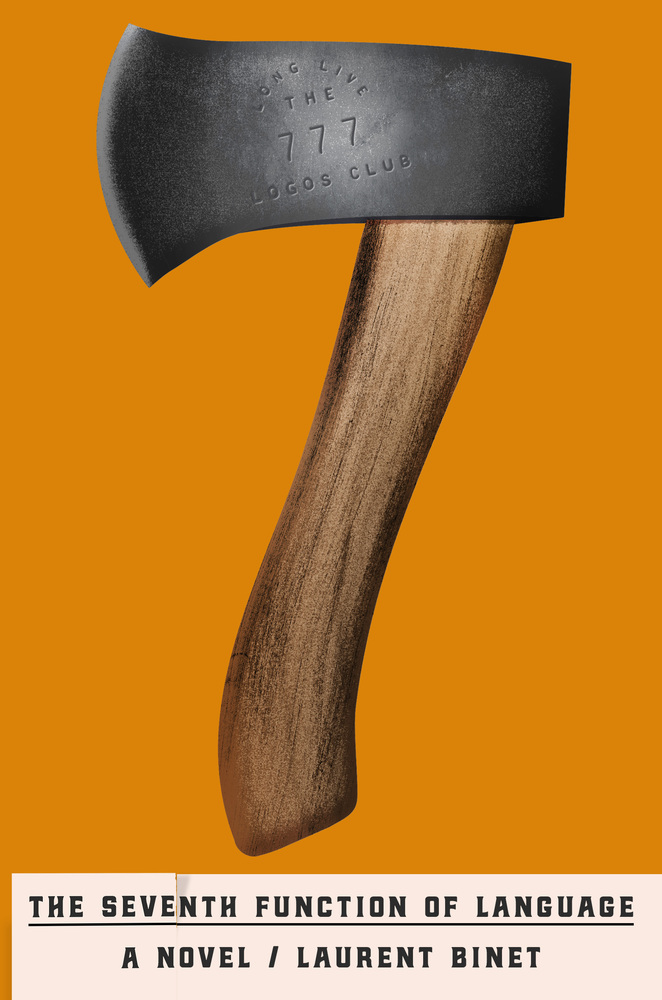 The Seventh Function of Language