The “New York Values” of “City on Fire”
Some readers will come to Garth Risk Hallberg’s City on Fire with chips on their shoulders. Hallberg’s youth; the seeming ease with which he parlayed his manuscript into an enormous advance ... 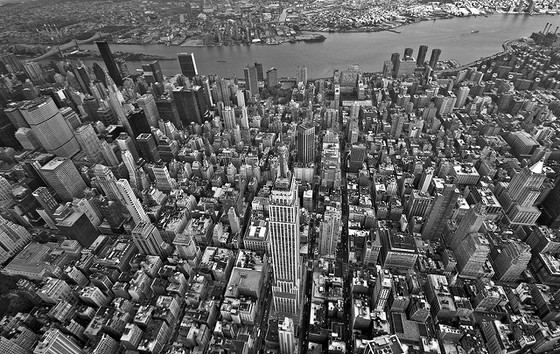 This is the latest installment of our new blog series, An Engineer Reads a Novel.

Some readers will come to Garth Risk Hallberg’s City on Fire with chips on their shoulders. Hallberg’s youth; the seeming ease with which he parlayed his manuscript into an enormous advance; the fact that the 900+ page book is wantonly digressive, so self-confident it’s manspreading all over your bookshelf; the apparently unironic claim of both Billy Joel and The Muppets Take Manhattan (and not, in fact, a New York childhood) as seminal influences for his “gritty” take on 1970s New York: all these sit heavy with the reader, who becomes anxious, uneasy, unwilling to trust the book’s claimed authority.1

Well, fine. This makes these readers well suited to the task of empathizing with Hallberg’s characters, all of whom bear chips of their own: frosty iceberg shavings of parental neglect or distraction; the sense of being outsiders in a rigged world; the plight of the adoptee, especially once those natural born “miracle” siblings appear; the punk’s grudge against the world and its various –isms and systems.

Confoundingly, Hallberg’s prose sings most gloriously when he describes native New Yorkers’ ease in their city. An early narrator recalls, “I was a native son once—jumper of turnstiles, dumpster diver, crasher on strange roofs downtown.”  Consider our virtuosic introduction to William Hamilton-Sweeney, “separated by only the thinnest membrane from the world that contained him. Which is to say: a city boy … He knew exactly which spot on which subway platform corresponded with which staircase on which other platform. … He couldn’t make a football spiral to save his life, but give him a broom handle and a spaldeen and he’d hit the river from here.”

Among Hallberg’s addicts and anarchists, only one character is truly venal: the “Demon Brother,” who marries into the wealthy Hamilton-Sweeney clan and commences ultra-lucrative, questionably legal behind-the-scenes machinations. From our first introduction to him, through his niece Regan’s perspective, he is “lurking”:  “You never actually saw the arrangements taking place, of course; you simply noticed him darting along the edges of a room, deft as a cuttlefish, darkening the medium around him … and then you might infer his intervention from the fact that things had gone his way.” Regan remembers his steering hand “soft and insistent against her lower back,” and to ensure we’ve gotten the picture about this silkily sinister figure, Hallberg adds some “black stormclouds that had begun to pile up over the darkling blue strip to the west.” Later in the book, the Demon Brother relishes the chilling effect he has on a downtown passerby when he “showed her his true face”—“her cough died in her throat. He didn’t even have to motion her along.” And, naturally, he’s got a chip on his own shoulder: “no diplomas from a Princeton or a Yale; he hadn’t had the connections of his witless brother-in-law.” The Demon Brother, Hallberg has shown us, is a Bond villain. His master plan? Real estate development. He exploits the city’s “Blight Zone” policy, perhaps giving blight a firm nudge in the process, to obtain building rights for his dream projects. His desk is “taken up mostly by a three-dimensional architectural model.”

Confoundingly, Hallberg’s prose sings most gloriously when he describes native New Yorkers’ ease in their city.

I’ve written here before about the danger of taking tech for granted: we abdicate our own curiosity and our agency. The world around us becomes something we have no stake in creating or improving. What we are abdicating is no less than our full citizenship in the world. Or, in this case, the city. Modern New York in many ways bears the mark of city planner and “master builder” Robert Moses, who over several decades oversaw dozens of projects that transformed the city and its infrastructure, from bridges to freeways to the United Nations building. His own desk was often taken up by models of these projects in the works. Moses’s legacy is problematic: he overemphasized the car, undervalued people of color, allowed Penn Station to be demolished. But he transformed Gatsby’s “Valley of Ashes” into parkland fit to host his second World’s Fair, built public WPA swimming pools, facilitated the artistry of bridge designers like Othmar Amman, constructed Lincoln Center, and tried like hell to get the Dodgers to stay in Brooklyn.

In this context, it matters that Hallberg’s young punks and their fires aren’t following an anarchic agenda, but a nefarious, meticulous one; their anger against the world harnessed by a “benefactor” sponsoring destruction instead of what might’ve been passionate creation. They enact the boss’s plan instead of forging their own. This is corporate, not punk, however the characters manage to rationalize it with druggy philosophizing.

The abject poverty and crime of “urban blight” and the gentrifying luxury towers are not simply “how things are.” They are the world we create, and we have the power to remake it. We are, all of us, the builders of our cities. The ultimately hopeful tone of Hallberg’s spiraling firework display makes me believe that he agrees, yet with the Demon Brother and an “evil developer” elsewhere in the book, he’s no Moses apologist. Modern audiences may hear, instead of Moses or the charismatic developer John Tishman, echoes of Michael Bloomberg’s administration: Brooklyn’s Atlantic Yards, Queens’s Willets Point, and city planner Amanda Burden’s statement that “Big cities need big projects.”2

Of course, it was not just Moses who created modern New York; also important was his chief antagonist, Jane Jacobs. Jacobs’s activism, and her book, The Death and Life of Great American Cities,3 turned public opinion against some of Moses’s projects, particularly his proposed expressway through the Village. Jacobs reminded her audience of the importance of walking in New York’s neighborhoods: the social interactions, stoops, and bodegas that exemplify “New York Values.”

How did it happen that the charming Village had become so dangerous and blighted that it was targeted for razing? It was a cascade of partial causes, including the postwar migration of industry and middle-class residents to the suburbs, police corruption, the effects of strikes by transit and sanitation workers, and an economic crisis that crippled city services.

Hallberg’s Village denizens might not recognize Jacobs’s vision in their own Village squat. But her message resonated—it’s why operators like the Demon Brother had to work behind the scenes; she made “urban renewal” a dirty word, even if her own preferred method of “unslumming” sounds a lot like gentrification. And Jacobs’s power made the construction of the World Trade Center—first planned in 1960 and constructed from 1968 to 1973—emotionally and politically fraught.

Since September, 2001, as an engineering professor, I have told the story of the Towers many times. Despite the scale of the buildings, it is a very human story: the initial unlovability of their monolithic silhouettes; the ingenuity of the designers; the charm of the acrobat Philippe Petit dancing between them on a tightrope, enchanting New Yorkers and helping them warm to the structures; the way we became accustomed to the buildings, familiar aspects of the skyline, until we blinked and they were gone. And then, the modes of structural failure: a complex, unwanted case study for a generation of young students.

Petit’s walk in 1974 was central to Colum McCann’s prismatic novel Let the Great World Spin, a novel I found more emotionally involving and more effective in addressing the city’s diversity and connectedness than Hallberg’s. (Is it important that McCann, too, is a non-native? Must the mirror that most honestly reflects us be an import?) Although City on Fire’s events radiate from the plight of a young woman, it does not serve its female characters particularly well. Long Island teenager Charlie first encounters the central young woman, Sam, as a stereotypical “manic pixie dream girl,” complete with oversized headphones à la Natalie Portman in Garden State. She’s playing at worldliness, and Charlie’s convinced. Yet despite our access to her fanzines—themselves a performance—she exists mostly to fulfill male wishes in the narrative: dirty sex for her married lover; secondhand street cred for Charlie.

The abject poverty and crime of “urban blight” and the gentrifying luxury towers are not simply “how things are.” They are the world we create, and we have the power to remake it.

Hallberg’s unifying device is a citywide blackout. The blackout of 1977, like the day Petit wire walked, or the day the Towers fell, was a shared New York experience, linking all our stories. It matters—in the sense of what the novel tells us about our engineered world—that it’s when the lights go out, when civilization gets unplugged, that Hallberg’s characters yield to human urges and draw together, repairing old breaches and abandoning blood feuds. Others descend into chaos. (Infrastructure requires attentive caretaking; this is a lesson that ought to remain resonant.) It matters, too, that Hallberg has set aside real estate development as the primary evil in a city beset by racial injustice, illegal drugs, and violent crime.

Positioned opposite the “Demon Brother” in City on Fire is the fireworker Carmine Cicciaro. The father of young Sam, whose tragedy links the strands of his novel, he designs and builds fireworks in his backyard workshop. This contrasts materially and morally with the unseen financial and other manipulations of the Demon Brother. Carmine is heroic: he works with his hands, doesn’t go in for computer-controlled timing of explosions, still believes in standing on the barge, lighting fuses. The “old-time magic” is “in his blood.”  Another character worries: “Did it matter that it was robots instead of men in the boats, lighting the fuses? But then, wouldn’t some nuance, some human thing, be lost?” (Allow me to interject that it’s not robots, precisely, but programmable logic controllers, or PLCs, programmed by people, that permit the automation of fireworks displays; different and fewer people than stood on the barges, but still a “human thing.”) Carmine represents the past of a newly “post-industrial” (and, for Hallberg’s punks, “Post-Humanist”) city that hasn’t quite figured out what comes next.

Of course Carmine is destined for obsolescence. Being good with one’s hands is a claimed American value, increasingly important as fewer of us embody it. I agree with Matthew Crawford: “The disappearance of tools from our common education is the first step toward a wider ignorance of the world of artifacts we inhabit.”4 Hallberg, by way of a reporter’s profile of Carmine, valorizes this handwork with a careful description of the stages of firework construction. “The final step was to wrap the finished shell in Italian twine, in a kind of cat’s-cradle pattern. This added to the shell’s integrity, I was told, but I wonder now if it wasn’t done simply for beauty’s sake.” The action itself is beautiful, human artistry: “Pulling bakery twine from the dispenser … Carmine’s scarred and mangled hands became almost delicate … I could have stood there all day watching him.”

To behold something being built before your eyes—a firework; an intricately wrought, timed explosion of a novel; or a great city—is indeed transfixing. Carlo Rotella has written of the virtue of manual craftsmanship: it’s “poetic and heroic,”5 and not a little romantic, to imagine getting our own hands dirty in the building.