The Other Side of the Looking Glass
The absent original—a lost “authentic” text, accessible only through its corrupted traces—occupies a central place in the postmodern imagination. Often at the very core of novels, the image of an ... 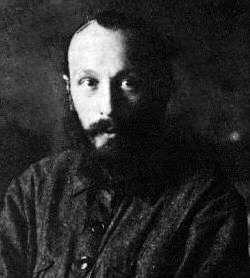 The absent original—a lost “authentic” text, accessible only through its corrupted traces—occupies a central place in the postmodern imagination. Often at the very core of novels, the image of an endlessly elusive source text works double duty: it grants a fictional world intertextual legitimacy, while simultaneously opening a void at its center. Andrei Bitov’s latest novel, The Symmetry Teacher, gives the trope an additional twist, using it as a Trojan horse to import and then appropriate Western postmodernism in a Russian novel. In this case, the “original” is an obscure English book that finds its way into Bitov’s luggage as he sets off on a Siberian expedition in the Soviet 1970s. Out of boredom and isolation, “without a dictionary, hazarding guesses to the point of fabrication,” he translates the novel for his friends’ amusement. A decade later, Bitov can locate only scraps of his translation and nothing of the original. So in the current volume, subtitled “A Novel-Echo,” Bitov writes out what he remembers. “There was,” he admits, “conjecture involved.”

If the premise sounds like John Barth circa 1982, it’s no accident. The borrowed frame both signals a debt to the West and opens the floodgates to Western images. Bitov’s book becomes something of a paean to global postmodernism, an unabashed imitation that gleefully plunders predecessors, with overt borrowings from Borges and Barth, John Fowles and Vladimir Nabokov, as well as from the early Andrei Bitov, himself a pioneer of Russian postmodernism.

Bitov’s masterpiece, Pushkin House ([1978] 1987), helped to establish a peculiarly Russian type of postmodern novel, in which issues of freedom and control are explored through the very personal relationship between author and protagonist. In contrast to the distant narration of John Fowles’s The French Lieutenant’s Woman, or to the playful metafiction of, for instance, Flann O’Brien’s At Swim-Two-Birds, Bitov creates a narrator who feels the full weight of responsibility to his protagonist. He constantly worries that his description is coercive, and that everything he writes forces his characters toward the novel’s violent conclusion.

This pointedly ethical angle on postmodern issues of reality and fiction comes in part from Mikhail Bakhtin, whose morally charged theory of the novel places characters and their creators in direct dialogue. Bitov’s adoption of Bakhtinian ideas challenged state-imposed socialist realism, in which detached narration led protagonists through a series of predictable trials on their way to inevitable communist enlightenment. In this context, tropes common to global postmodernism (contingency, fragmentation, de-centered narrative) take on distinct valences. Untidy chronologies or alternate endings become more than metafictive play; they are calls to free the protagonist from an overdetermined fate.

With the Soviet Union decades gone, Bitov now sets Western postmodern ideas against a new Russian context: a fight for relevance in world literary space. Rather than a creator tortured by ethical concerns, Bitov’s narrator in The Symmetry Teacher is an inveterately Russian fabulator, struggling to bring something universal into Russian literature, to translate from “a foreign tongue” instead of creating from within his own tradition. But as his memory of the English “original” fails, his Russian background comes forward. On one occasion, when he forgets the plot of the novel he claims to translate, he launches into a meditation on Russian literature’s plotlessness, concluding that this very lack of storyline is what makes the literature great. Subsequent holes in his memory get patched up with substitutes from Russian literature, so that interspersed among images from Western postmodernism—a sexual masquerade on a deserted island (Fowles, The Magus), the omnipotence of an encyclopedist (Borges, “Tlön, Uqbar, Orbis Tertius”), and an introduction revealing the novel’s mathematical structure (the Oulipo group, including Georges Perec and Italo Calvino)—come domestically sourced images including the devil on a park bench (Mikhail Bulgakov, The Master and Margarita), the charter of a club for writers of unwritten novels (Sigizmund Krzhizhanovsky, The Letter Killers Club), and the “Society for the Protection of Protagonists” (Bitov, Pushkin House). The effect is a mise en abyme, like the opposing mirrors in a barbershop—to borrow an image from the novel—in which it becomes difficult to distinguish which reflection is closer to the original (or if there is an original at all). Barth and Bitov, Borges and Bulgakov, Calvino and Krzhizhanovsky reflect each other, each questioning the other’s primacy, and creating a kind of parity of parodies that approaches the symmetry promised in the novel’s title.

IN THIS NOVEL’S HALL OF MIRRORS, THE ENGLISH TRANSLATION PUTS THE READER ON THE OTHER SIDE OF THE LOOKING GLASS

The more Russian tropes the narrator interpolates, the more the Western imports have to fight for their place among homegrown surroundings. This conflict of traditions—specifically, the struggle to survive on Russian soil—brings the disparate chapters together under a unified meta-plot. Whether the transplants take root in Bitov’s Russian novel, however, can only be a matter of speculation for the English-language reader. After all, The Symmetry Teacher
is not Bitov’s own carefully cultivated garden of imports, but an English translation of a Russian version of what were Western ideas in the first place.

The translation by Polly Gannon is masterful. It captures the rhythm and energy of Bitov’s prose, while conveying an imperiousness suggestive of the English novelist supposedly translated in the original, all without sacrificing lexical precision or line-by-line fidelity. But any translation, no matter how brilliant, shifts the terms of the game, and when that game is premised on cross-cultural transplants, the shift can be jarring.

The reader of the Russian original might have difficulty grasping allusions to Western literature, just as Bitov’s narrator struggles to remember them; and then, when the narrator falls back on Russian references, the Russian reader might feel the ground return more solidly underfoot. The effect of the English translation is almost exactly the inverse. The familiar and foreign switch places, so that what is most opaque for the narrator is most transparent for the reader, and vice versa. In this novel’s hall of mirrors, the English translation puts the reader on the other side of the looking glass.

From this vantage point, readers of The Symmetry Teacher look on as a foreign writer grapples with a literary tradition more familiar to us than to him. We do not join the effort, but observe from a comfortable remove. It is a curiously aloof position, and it creates a more detached reading experience that perhaps inhibits emotional engagement with the narrator’s dizzying literary project. In many ways this is opposite to Bitov’s design, but like a mirror reflecting and inverting its opposite, it bears a strange symmetry to the original.