The Particular Obligations of the Spy Writer
For the bleeding edge of American epistemology, I look to the Central Intelligence Agency. In that regard, the spy service’s response to the Senate Intelligence Committee’s “torture report,” which ... 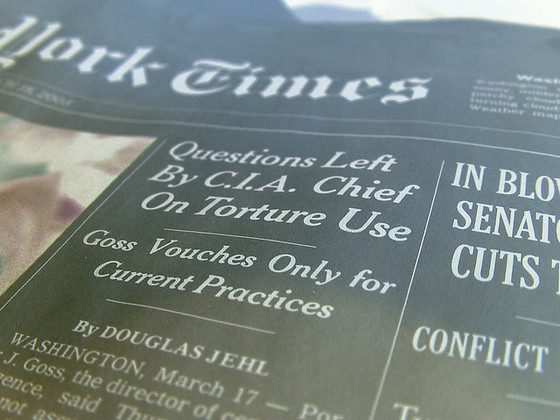 For the bleeding edge of American epistemology, I look to the Central Intelligence Agency. In that regard, the spy service’s response to the Senate Intelligence Committee’s “torture report,” which documents abuses associated with the CIA’s detention and interrogation program in the early 2000s, didn’t disappoint. Did torture work, by whatever wretched metric applies in the context of waterboarding and rectal feeding? Wrote the Agency: “The answer to this question is and will forever remain unknowable.”

A reasonable person might have thought the intelligence community was in the business of the knowable and the real, something spies and writers are aware isn’t so. Spy novelists—a hat Denis Johnson wears in his latest, The Laughing Monsters—look askance at the facts. This is what makes them useful, and this is what makes them dangerous.

Johnson’s hero is Roland Nair, a sort of American, sort of spy, and sort of traitor. He works for NATO intelligence with no special enthusiasm. Nair arrives on the African continent to do a bit of official business, keeping tabs on an old friend named Michael Adriko, who may be AWOL from the US military and might have dangerous ideas about trading in enriched uranium. An ambiguous effort is made to get Adriko and his Coloradan fiancée (daughter of a commander of American special forces) to the Congo for their wedding. On the side, Nair sells info on American fiber-optic cables to the Chinese through a French intermediary. If this sounds messy and a little difficult to follow, that’s because it is, all novel long (though it’s not a very long novel—228 pages, many of them epistolary or in the style of a diary). The schemes have a dreamy logic but not a logistical one. Nothing in Johnson’s world is only one thing; his Africa is overrun by Schrodinger’s spies.

“Since 9/11,” a character declares, “chasing myths and fairy tales has turned into a serious business.” So The Laughing Monsters doesn’t believe in reality, and the feeling is mutual. How else to explain the horrific descent of West Africa, where the fever dream thriller opens, into honest-to-god hemorrhagic fever? Facts wreak a kind of havoc on any novel of current affairs; Johnson can’t help it that, in his Freetown, no one is bleeding from the ears. But Laughing Monsters was always going to have a hostile relationship to the ground truth, a looking-glass novel for a looking-glass war. This seems the natural tack for a novelist executing today what Johnson labels “a spy story with what you might call serious intentions, on the order of Graham Greene.” Spy writing is a branch of optics after all, the study of mirrors and lenses. The glass that matches our mania today—the paranoid stylings of cloak, dagger and drone—is the winking one: the funhouse mirror. And now more than ever, we need espionage novels with “serious intentions.”

Spy fiction is how a culture reckons with the compromises made in its name by its intelligence services. Today, American tax dollars support covert actions of unprecedented scope and ambition. American drones haunt the skies of half a dozen sovereign states. American servers swallow data by the exabyte. Joy Williams, reviewing Laughing Monsters for the New York Times, praised Johnson for meeting the general responsibility of writers, saying, “A writer should write in such a way that nobody can be ignorant of the world and that nobody may say that he is innocent of what it is all about.” Granted: Laughing Monsters has an intimate knowledge of the world’s cruelties, and fillets them lyrically. But I’m not sure Johnson has met the particular obligation of the spy writer—the responsibility to write in such a way that nobody can be innocent of the clandestine world. Laughing Monsters is a very good novel, but it seems uncomfortable in the skin of its genre.

Consider the comparisons to Graham Greene. When a novel is said to be “like Graham Greene,” what’s usually meant is that the novel is about spies and has literary qualities. Rarely do critics really mean that a given spy novel has the particular genius of Greene, his sense for what’s already true but hasn’t happened yet. His eerie prescience—in Vietnam, in Cuba, in Haiti—depended on two writerly assets: a fine sense of place and fine political judgment. Those instincts underpinned his hostility to conventional wisdom (“the facts”) and rote thinking. Both were key to Greene’s methodology, which found truth in the breath between lies, rot beneath innocence, and the future in the crannies of a false present. By no means is this the only way to write a strong novel. But Johnson invited exactly this match-up, claiming in the Yale Literary Magazine that he told his editor, “I think I am Graham Greene.”

His novel does little to express that conviction. Africa is rendered in evocative, shambolic outline, but often in exceedingly broad strokes. “I’ve come back,” Nair thinks to himself, “because I love the mess. Anarchy. Madness. Things falling apart.” Johnson’s setting is a relentless present tense; it has no past and it will have no future. And in the face of the ramshackle continent he’s given us, Western indifference of a familiar kind: “NATO, the UN, the UK, the US—poker-faced, soft-spoken, bureaucratic pandemonium. They’re mad, they’re blind, they’re heedless, and not one of them cares, not one of them.” This is the kind of generality that can pass for insight everywhere and always. Little wonder if you hear echoes of Aimé Césaire, speaking six decades earlier in Discourse on Colonialism: “The hour of the barbarian is at hand. The modern barbarian. The American hour. Violence, excess, waste, mercantilism, bluff, gregariousness, stupidity, vulgarity, disorder.”

Where character is concerned, Laughing Monsters works more in Platonic forms than human beings, each a composite made from limiting cases. Every woman is a missionary or a prostitute; some are both, but none are at liberty to be neither. Nair declares, “The world powers are dumping their coffers into an expanded version of the old Great Game.” In that context, everyone is a stringer for the intelligence services, or else a corpse. There are no civilians. Both judgments are varieties of indifference to the lives of others. Both have more to do with the world of thrillers than the world of espionage. But glib is Nair’s steady tone; his political quips have a cocktail party wisdom. The narration, too, is undermined by occasionally clumsy allusions to current events, as when Johnson describes National Security Adviser Susan Rice as “The queen… of the secrets and the dark.” This aside (it’s meant to carry an ominous, looming sort of weight) is difficult to square with Rice’s public, disempowering difficulties in Washington.

The sum of those effects is this: Where the spy novelists that Johnson cites as models took issue with “the facts” to get to truth, each of Johnson’s myths hides only another myth. None of them rest on anything but base impulse, or something like nihilism. It is, for Laughing Monsters, turtles all the way down. And having reached that judgment as a critique, it’s almost impossible not to see it turned around—as Johnson would—as a compliment. You see, the novel was lying. It isn’t a poor spy novel because it isn’t a spy novel at all. Its failures have a beautifully harsh quality to them. If its elements are sometimes thinly sketched, still there’s a profound, hostile integrity to its worldview.

As a fan of the genre, I can’t help but feel put out by the way that Johnson abuses the espionage frame. As a citizen, I can’t help but wish we had a proper reckoning with our spy services (President Obama bought a copy of Laughing Monsters for Christmas).

But it’s a feeble kind of criticism that insists on conscripting books and making them useful. If novelists weren’t radically free, there would be no point to them. Laughing Monsters is a book not to be tamed: in the best way, a sketch of freedom in extremis.