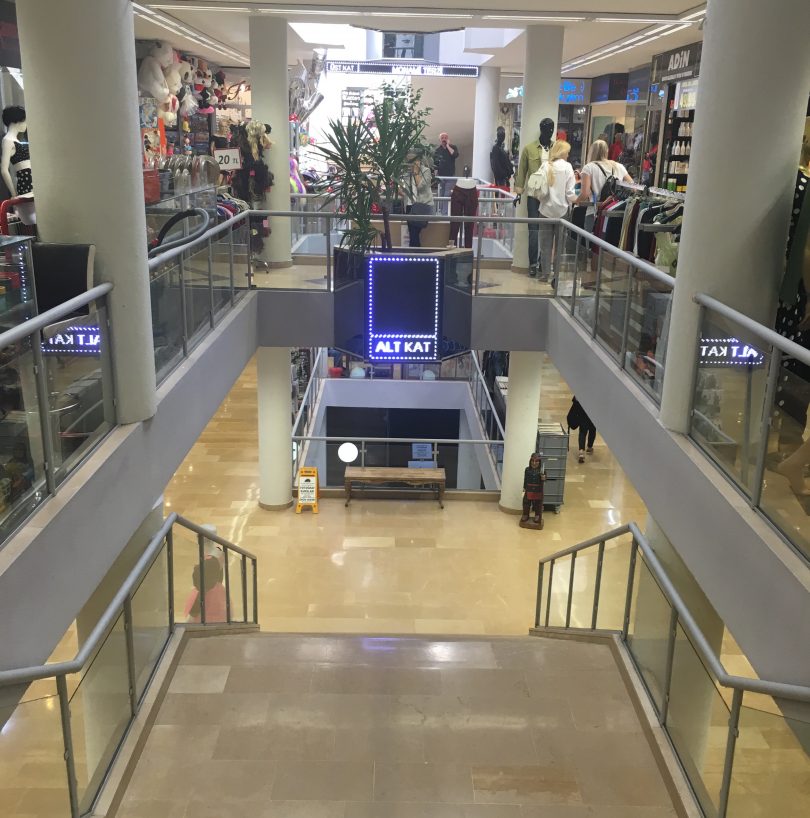 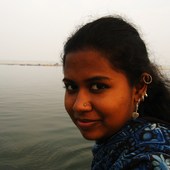 Bookended by Koçatepe Mosque and Kuğulu Park, Tunalı Hilmi Çaddesi is a leafy anomaly in a city that worships concrete. Running parallel to Atatürk Bulvari, the city’s main artery, Tunalı’s ten blocks link the busy downtown of Kizilay with sedate residential neighborhoods in Çankaya. Its traffic moves at a glacial pace, as knots of pedestrians weave haphazardly between vendors, taxis, and storefronts. Stacks of fresh simit in square glass boxes give way to nargis—poet’s daffodil—bouquets in the evening. Buskers sing Turkish country ballads and Bruce Springsteen. Sidewalks spill with hair accessories, trinkets, stationery, pirated DVDs, and neon underwear made in China. But it is the pasaji—narrow basement markets under the squat three- or four-storied apartment blocks lining the street—which I find myself obsessively returning to during slow afternoons in search of Ankara’s soul.

Neither an Oriental souk nor quite Benjamin’s Parisian arcade of the 18th century—and not yet engulfed by the shopping mall—the pasaj is an awkward artifact. Tunalı’s pasaji, and Tunalı itself, are relics of the ’60s, when middle-class servicemen flocked to the expanding capital. Today, this administrator class stands eclipsed by a nouveau riche flush from Turkey’s consecutive waves of privatization since the ’80s. Even as shiny apartment towers and shopping malls jostle for space with older mixed-use high streets, the pasaji persevere: not as Haussmann’s consumer “dream-houses,”1 but as a mixture of nostalgia and needs. 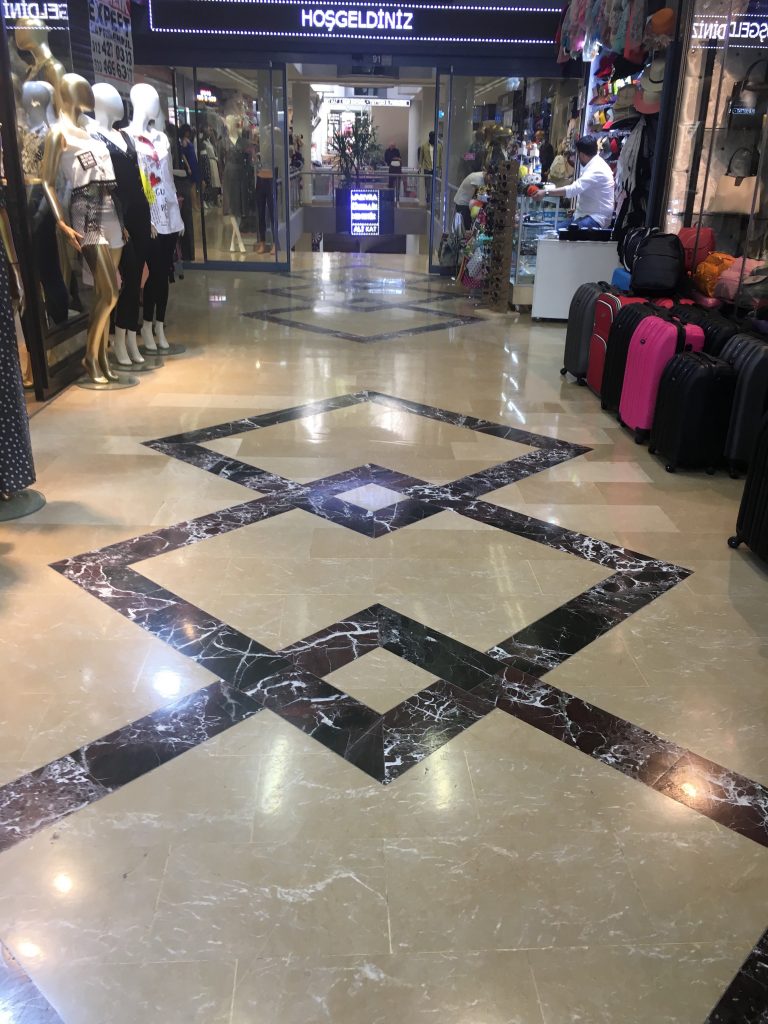 Secondhand bookshops sell yellowed world maps in Ottoman Turkish that were intended for use in primary schools. That is, until 1928: when, overnight, Atatürk replaced the Arabic script with today’s Latin alphabet. I squint past the oceans and continents in search of my hometown in eastern India, until Nurhan Hanım, the shop’s owner, interrupts my reverie with tea and a bulky album packed with bus tickets from the 1950s. The hardware shop next door and the watch repair a few doors down and the glassmaker’s at the end of the basement are all brightly lit, but empty. The owners—older men in seemingly identical hand-knit sweaters and high-waisted trousers—are smoking outside. I ask if they might know of a çerçeve— a picture framer—nearby, preferably not too expensive. Directed to another pasaj several blocks up, I find rows of wedding boutique stores (düğün mağazaları) with identical display windows, a lawyer (avukat), a tailor (terzi), a notary (noter), and two locksmiths (anahatarci), but no çerçeve. Distractedly sorting through socks at a discounted clothing store on the same floor, I wonder: why does Ankara have so many locksmiths? 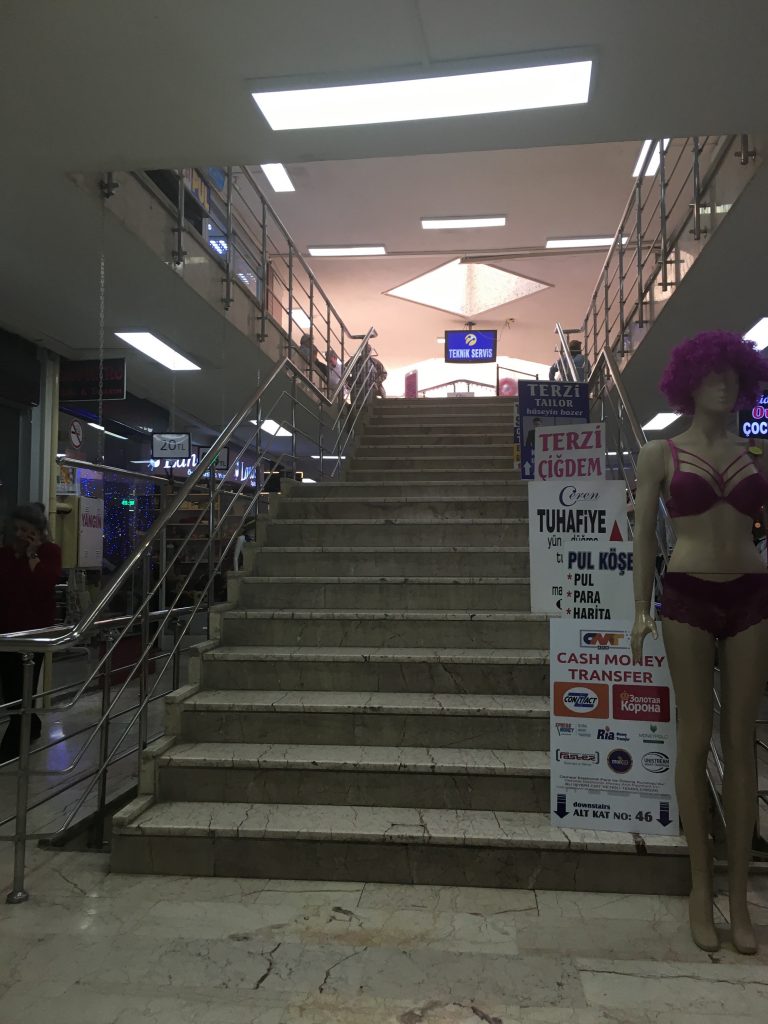 Unfolding on a north-south axis, Ankara is a sterile city of recent provenance. Possessing neither Istanbul’s singular beauty nor its mythos of a cultural crossroads between East and West, this city is an outpost of bureaucrats, diplomats, students, and a burgeoning migrant population from eastern Anatolia. Ankara’s major urban developments were planned by German and Austrian architects in the 1930s, after the city was thrust onto the national stage during the Turkish War of Independence in 1923. Their modernist hubris survives alongside the crumbling walls of a Galatian citadel (kale) built in 278 BC.

I had heard the old joke: the best view of Ankara is from the AŞTİ bus station when you’re leaving town, hopefully never to return. And yet, sitting in Kuğulu Park with a simit to take the edge off an afternoon of failed errands, I’m filled with affection for this banal slice of mahalle (neighborhood) life. Mothers, loners, friends, lovers, and even a few protestors taking a break from pamphlet distribution feed pigeons, chat, smoke. The traffic on Atatürk is a distant rumble and the silhouette of Karum Mall a mere shadow.

All images by John Burton.