The Poetics of Abolition
For poet Honorée Fanonne Jeffers, as for the Black Romantics, history is the repetition of anti-Black violence that has yet to be abolished. 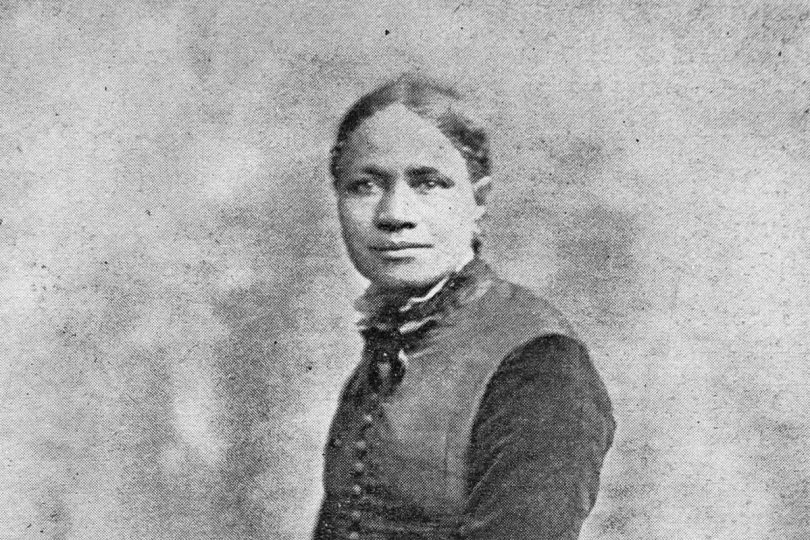 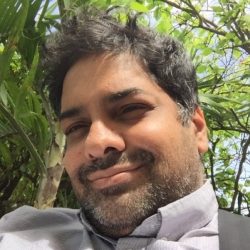 “Let’s lie to each other,” urges Honorée Fanonne Jeffers in the poem that opens her new volume, The Age of Phillis, and that is where I propose we begin: with the lies. Once, the lies begin, Man lived in darkness, a state of what Kant would call Unmündligkeit, “immaturity” or, via an etymology that is rich and contested (the richer indeed because it is contested), “unmouthliness.”1 At that time, Man could not speak for himself, not even to lie. Then he emerged from his self-imposed torpor and, with his newfound “mouthliness,” began to make observations and speak truths, some of which he held to be self-evident: “that all men are created equal, that they are endowed by their Creator with certain unalienable Rights.” These truths were belied by the fact that Man bought and sold other men (and women and children), but, so the lie goes, that fact should not trouble us because those men (and women and children) had, as Kant writes and Jeffers quotes, “by nature no feeling that rises above the trifling.”2 That was the age of Enlightenment.

Let’s lie some more: an age of revolutions followed, coincident with the Romantic era, during which all men, even those without the capacity to feel above the trifling, those whose imaginations were, according to Thomas Jefferson, “dull, tasteless, and anomalous,” were freed from tyranny and oppression.3 The same ideals of liberty, equality, and fraternity that mobilized the French in 1789 would inspire American abolitionists to storm what was sometimes called the “slave Bastille.”

Enough lies: calling 19th-century abolition “the slave Bastille” was, as Matt Sandler points out in his new book, The Black Romantic Revolution, “an uneven comparison,” an analogical ruse whereby a prison located at Number 232, rue Saint-Antoine could be likened to a massive, addressless “system of enforced labor … [that] elites in the South were seeking to expand.” At any rate, the South lost, and—so goes another lie—the widespread devaluation of Black lives ended with the formal abolition of slavery.

“The Age of Phillis” is an abolitionist project that dismantles the widespread but unreliable narratives surrounding Phyllis Wheatley.

Jeffers’s The Age of Phillis and Sandler’s The Black Romantic Revolution do not simply expose the lies about freedom and abolition we have inherited from the 18th and 19th centuries; rather, they turn to the past to call forth lyrical alternatives to long-standing narratives about enlightenment and revolution. Sandler locates these alternatives in the work of such underexamined poets as Francis Ellen Watkins Harper, George Moses Horton, Albery Allson Whitman, and Joshua McCarter Simpson. For him, they are Black Romantics who took up the mythic role of the poet in order to argue for abolition both before the US Civil War and, importantly, in the years afterward as it became increasingly clear that freedom remained, as A. A. Whitman put it, “an empty name.” These poets share with canonized Romantic poets such as Samuel Taylor Coleridge, Percy Bysshe Shelley, and Lord Byron a tendency to celebrate poetic genius and the power of subjective feeling, as well as a commitment to revolutionary politics. But, far from Black American imitators rehearsing the tropes and techniques of their more famous, white European Romantic counterparts, these figures, as Sandler writes of Harper, “sought to bring abolition into the everyday lives of people for whom it might have otherwise been a distant and vague injustice.”

Jeffers’s The Age of Phillis, too, is an abolitionist project, a collection of poetry that not only reimagines the life and times of Phillis Wheatley Peters (she took her husband’s name, Jeffers reminds us) but also dismantles the widespread but unreliable narratives surrounding the poet that reproduce the anti-Blackness at the heart of Western modernity: her life began not in West Africa but in North America; she adored the mistress for whom she was purchased; she was above the company of other enslaved Blacks; she was duped into marriage by John Peters, “a man,” as Jeffers retells the received story, “who whispered in her ear, told her lies to get into her starched, Good Negro bloomers.” The Black man, according to this last, lasting lie, was a broke and lazy good-for-nothing whom the good and honest, devout Christian Phillis couldn’t possibly have admired. Jeffers tells it differently in, among other poems, “After Living Together for Several Months, Phillis Wheatley and John Peters, Free Negroes, Are Married by the Reverend John Lathrop, Widower of Mary Wheatley Lathrop”:

take off that damned, dainty cap.

her exquisite body of naps.

Let them descend to the bed—

for the fiftieth or hundredth time.

The Devil take these preachers

“Let them,” “Let them,” Jeffers urges, voicing a political wish for a form of Black being unfettered by the expectations of the white world: Phillis, “naughty / and able,” desirous and disobedient.

The hortatory mode in Jeffers’s poem4 reads, in light of Sandler’s discussion of the 19th-century Black Romantics, as a “plighted vow,” the performative utterance of a promise that remains unfulfilled even as it is spoken. Sandler pulls the phrase “plighted vow,” which he understands to be characteristic of Black Romanticism in general, from the poet James Madison Bell. Suspicious of a United States that had formally abolished slavery but had not yet established the institutions necessary to guarantee real freedom for Blacks, Bell writes, in what Sandler calls “an anthem of negation”:

’Tis not of thee my native land …

’Tis not of thee, though worthy thou

Of many a song and plighted vow.

’Tis not of thee that we have ta’en,

Our harp to wake its humble strain;

Bell’s play on the dual meanings of “plight” as promise and predicament points to the irony of pledging allegiance to a country that had yet—indeed, that still has yet—to recognize Black US Americans as fully human and fully entitled to human rights.

Jeffers’s and Bell’s anaphoric repetitions—“Let them,” “Let them,” “’Tis not,” “’Tis not”—remind us that the “plighted vow” is never a singular articulation but continually reiterated, a repetition that changes with context and, in changing, establishes anew the stakes of abolitionist politics. To revisit and revise, as Bell does, Samuel Smith’s “My Country ’Tis of Thee” or to repurpose, as George Moses Horton does elsewhere, what Sandler calls Lord Byron’s “self-destructive posturing” is to activate the radical potential of these earlier lyrics. Jeffers, too, calls upon and remakes literary tradition, and not just by engaging with Phillis Wheatley Peters. She gives us Homer, Milton, and, in her retelling of the mass disposal of enslaved Black bodies from the slave ship Zong, Auden:

the crew of The Zong

of Africans, and then,

the ship sailed on its way,

The ship sailed on its way.

The ship sailed on its way.

The ship sailed on its way.—

The speaker of Auden’s canonical “Musée des Beaux Arts” concludes the reading of Brueghel’s (also canonical) The Fall of Icarus by musing: “the expensive delicate ship that must have seen / Something amazing, a boy falling out of the sky, / Had somewhere to get to and sailed calmly on.”5 Jeffers’s lyric, however, does not have Auden’s luxury of detached meditation. To be heard it must insist, repeat, italicize for emphasis. Transforming what she calls the “wet dream of the canon,” Jeffers “chant[s] of murder / trailing through my nightmares.” For Jeffers, as for the Black Romantics, history is not a mythic past but the repetition of anti-Black violence that has yet to be abolished. 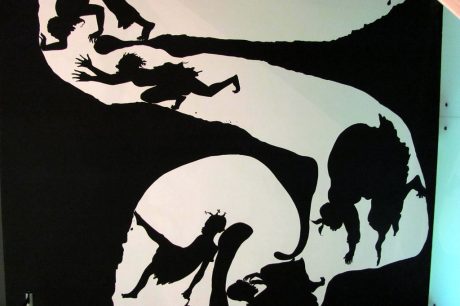 “I ask no monument, proud and high, / To arrest the gaze of passers-by,” writes Frances Harper, and it is important, given Harper’s astute skepticism, that neither The Life of Phillis nor The Black Romantic Revolution monumentalizes the poets it considers. These works do not arrest our gaze so much as interrupt memorialization. The books frustrate a desire to pay tribute to an abolitionist past by reminding us that abolition is unfinished, that it may be an eternal process—that what Bell called “final abolition” remains the horizon of radical politics. As Sandler put it in a conversation with Jeffers hosted by the Brooklyn Public Library in September 2020: “To have freedom we must periodically abolish. And we don’t just do it once. We have to keep doing it. So not just the police, but the prison system; not just ICE but the system of migrant detention; not just plastic straws, but fossil fuel combustion.”6

If Black Romanticism’s “plighted vow”—its refusal to accept and rehearse the enduring lies about supposed “freedom”—must be continually renewed, it must also, these books remind us, be voiced collectively. Not just by Phillis Wheatley Peters but also by John Peters and Obour Tanner, the enslaved woman with whom Peters corresponded and whom Jeffers imagines as a kind of sister to the poet, because “black women need other black women in their lives.” Not just by Harper or Whitman or Bell but by all of the Black Romantics, together with those who followed: Robert Hayden, June Jordan, and Meek Mill, among others whom Sandler mentions. I would add to the list of necessary voices those of Jeffers and Sandler themselves, two distinct writers whose works, taken together, conspire to frustrate conventional narratives of Enlightenment progress and Romantic revolution and instead point us toward the work that remains to be done.

This article was commissioned by Marlene Daut and sponsored by the UVA Institute of the Humanities and Global Cultures. 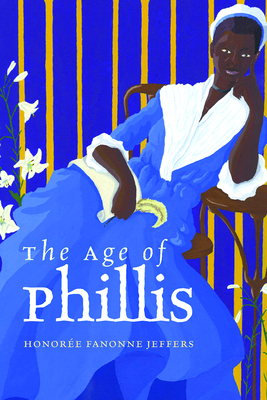 The Age of Phillis 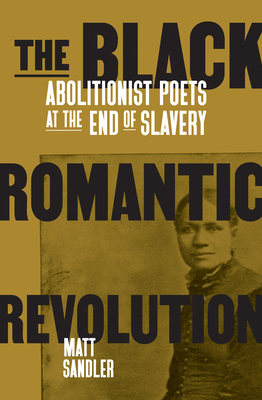 The Black Romantic Revolution: Abolitionist Poets at the End of Slavery