The Political Ascendancy of Creditworthiness
The widespread resurgence of authoritarian nationalism in recent years has been met by the left with fear and loathing—but also a bit of envy. For it is ... 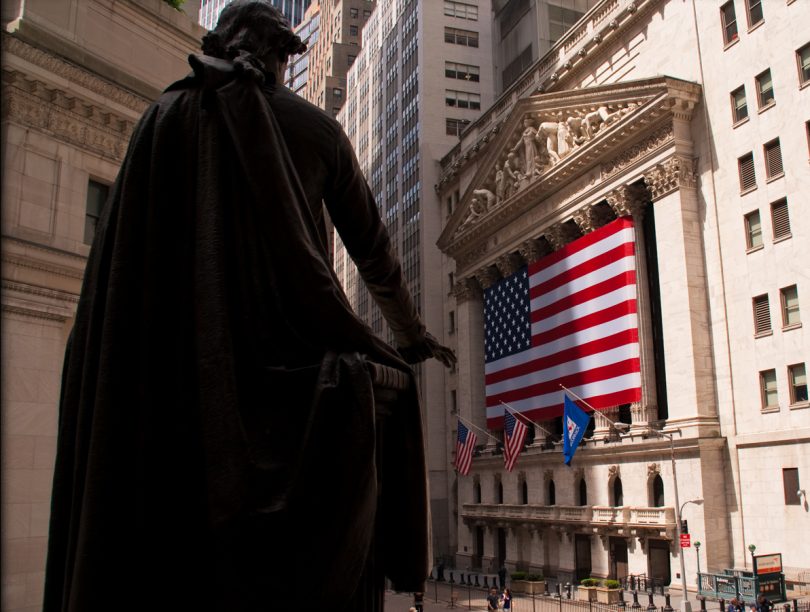 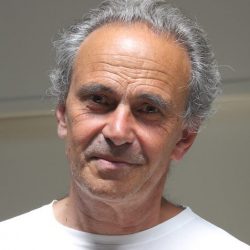 The widespread resurgence of authoritarian nationalism in recent years has been met by the left with fear and loathing—but also a bit of envy. For it is generally assumed that xenophobic populists are reaping the benefits of the anger and suffering caused by unfettered financial capitalism. Progressives certainly have good reasons to be envious of the electoral successes enjoyed by their far-right foes. However, a closer look at the latter group’s good fortunes indicates that, far from hijacking popular rage against the proverbial 1 percent, what authoritarian nationalists are actually doing is extending the mode of valuation distinctive of global finance.

While hardly inclined to mend economic inequalities through market regulations and fiscal redistribution, nationalist leaders make sure that their supporters experience their native status, the color of their skin, the gender norms they uphold, and the cultural traditions to which they lay claim as so many valuable assets. For the left, therefore, what is worth emulating and challenging is not the populism of reactionary demagogues but their ability to define who and what deserve to be appreciated.

On both sides of the North Atlantic, the appeal of xenophobic populism is usually ascribed to the broken promises of globalization. Post–Cold War politicians proclaimed that globalized markets would foster peace and affluence for all, yet opening these floodgates has only benefited the wealthiest few. Widespread disappointment would thus explain why populist politicians are now riding to power on the pledge to make their countries great again with walls and tariffs.

For most commentators, the mood swing that eventually led to Brexit, Trump, and far-right breakthroughs across Europe occurred in the immediate aftermath of the 2008 crash. First, the argument goes, public authorities rescued the banking system but neglected the plight of its victims. Then, as the chasm between cosmopolitan elites and ordinary folks continued to grow, so did nostalgia for a time when states controlled their borders and dispensed their services to culturally homogenous nations.

Deregulated financial markets have undeniably caused inequality to soar. But interpreting the current surge of populism as the expression of Main Street’s exasperation with Wall Street does not square with the economic programs of populist candidates. Donald Trump, in particular, is set on suppressing the modicum of regulation provided by the Dodd-Frank Act. While hostile to migration and multilateral trade agreements, his administration wants to make sure that capital roams freely.

Were Trump supporters fooled by his campaign trail vow to “drain the swamp”? Their steadfast loyalty conveys otherwise. Nearly all surveys indicate that they are actually getting what they voted for. We may come to a better understanding of populist sentiments, then, if we consider them less in opposition to global finance than as consistent with its enduring hegemony.

To back this counterintuitive proposition, we must reckon with the changes brought about by the ascendancy of capital markets. Until the early 1980s, incomes earned in the so-called real economy were the measure of prosperity. Corporate managers focused on operating cash flow, elected leaders obsessed about GDP, and most private citizens depended on stable employment, gradual pay raises, and guaranteed social benefits. However, as deregulation enabled money managers to act as the arbiters of worthy endeavors, a new order of priorities emerged. For every economic agent, raising expectations, rather than generating revenues, became the prevailing condition of success.

John Maynard Keynes warned that what investors speculate upon is not the eventual yield of an initiative but its immediate impact on the attention of their peers: financial markets pool predictions about their next assessments, not about the ultimate outcome of the projects they assess. Once they are beholden to the guessing game of liquidity providers, CEOs become prone to give precedence to the impending fluctuations in the rating of their company’s stock over the conditions of sustained profitability. Similarly, as state officials substitute loans for declining fiscal revenues, they tend to subordinate the pursuit of economic growth to the standing of their nation’s public debt in the bond market.

That ascendance of financial ratings over business and public management has affected the way individuals envision their professional lives nowadays. Because high labor costs and generous benefits notoriously repel investors, employers who depend on what their shareholders value are loath to offer lifelong careers. Likewise, political representatives whose priority is to maintain the trust of bondholders can no longer afford to provide a sturdy safety net to their constituents. Consequently, it is now up to job applicants to make themselves valuable. Some showcase highly prized skills and an appealing social network, while others are left to present their unlimited availability and flexibility as attractive assets.

Precarious labor conditions and shrinking social programs also force large swaths of the population to borrow, whether to access housing, study, or simply survive. Yet anyone hoping to obtain a loan must offer guarantees. In the absence of sizeable possessions, aspiring borrowers rely both on the estimated worth of what they want to acquire—be it the market value of the house for which they solicit a mortgage or the income stream that their future university degree is expected to generate—and the reputation for reliability that they have earned by repaying previous loans. There again, what matters is the appraisal of their resources—material, social, and moral.

Notwithstanding the “quiet resistance” in the White House, Wall Street greed and rust belt resentment are scarcely on a collision course.

The ever-expanding currency of asset appreciation as a yardstick of value further dismantles time-honored partitions between economic and noneconomic relations. Resorting to the same technologies as financial markets, social media have adopted their unique mode of valuation: online friends, followers, and reviews attest to the advent of a culture predicated on the relentless pursuit of credit. The proliferation of platforms where we are invited to “share” our experiences, opinions, competences, and needs compels us to inspire bullish speculations about what we own, who we know, and how we are.

As financial institutions and social media entice everyone to think and behave like portfolio managers, politicians adapt their own agenda to the new mindset of the people they seek to govern. Unable to claim that hard work will lead to secure employment and sufficient income streams, they still promise to help people become more appreciated—so as to attract recruiters, find sponsors, reassure lenders, or gather followers.

The “globalists” of the 1990s, such as Bill Clinton and Tony Blair, were arguably the first to assume the task of enhancing the human capital of their constituents. Under their stewardship, welfare-to-work programs and easy access to commercial loans purported to improve the employability and solvency of the citizenry. Recently, however, populist firebrands have arguably become the largest suppliers of creditworthiness, by virtue of raising what Steve Bannon calls the “citizenship value” of their base.

Exemplary in this regard, Donald Trump has earned the undying support of his core constituencies by valorizing some key components of their portfolio. While his fellow billionaires enjoy the effects of tax cuts and market deregulations on their estimated net worth, his nativist supporters are grateful that, under the current regime, being or standing by a flag-waving and gun-carrying white male is, once again, a truly valuable asset.

Notwithstanding the “quiet resistance” in the White House, Wall Street greed and rust belt resentment are scarcely on a collision course. In the GOP’s big tent, they both receive their fair share of appreciation. Rather than an unfortunate channeling of popular rage against the capitalist corrosion of liberal democracies, the new awakening of nationalist and reactionary values marks yet another step in the speculative securitization of human sentiments and attitudes. The efforts deployed by the so-called populist left to convert xenophobic anger into righteous indignation toward global finance are thus as doomed as the centrist hopes of turning the beneficiaries of the Republican administration’s fiscal policies against the president. 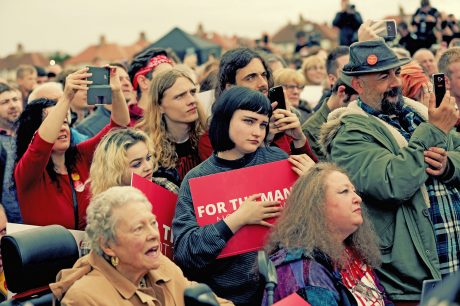 Fortunately, betting on the fragility of the ruling alliance is not the only form of resistance. Determined to confront populists and plutocrats on their own turf, some of their foes strive instead to contest their monopoly on asset appraisal. Though dealing with different aspects of Donald Trump’s agenda, Black Lives Matter, #MeToo, DeFund Dakota Access Pipeline, and the March for Our Lives are all equally focused on producing and circulating their own rating systems. Their purpose is not only to discredit projects or behaviors protected by institutional prerogatives, structural racism, gender norms, and powerful lobbies, but also to revalue the lives that these projects and behaviors depreciate.

This new generation of activists—while hardly indifferent to specific reforms regarding ecological transition, police practices, workplace environment, and gun control—understand that deciding who and what deserve to be appreciated is the decisive stake. For them, the political ascendancy of creditworthiness is not a curse to reverse but a challenge to meet. In an era when continuous ratings preside over economic, social, and political fortunes, speculation is far too important to be left to professional gamblers and nationalist demagogues. 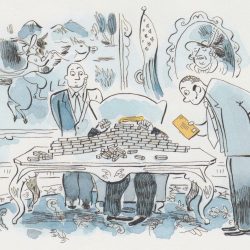 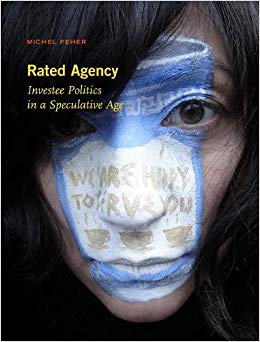