The Problem with Philanthropy
In The Self Help Myth, Erica Kohl-Arenas shows how hundreds of millions of dollars of investment and decades of advocacy have failed to address the poverty ... 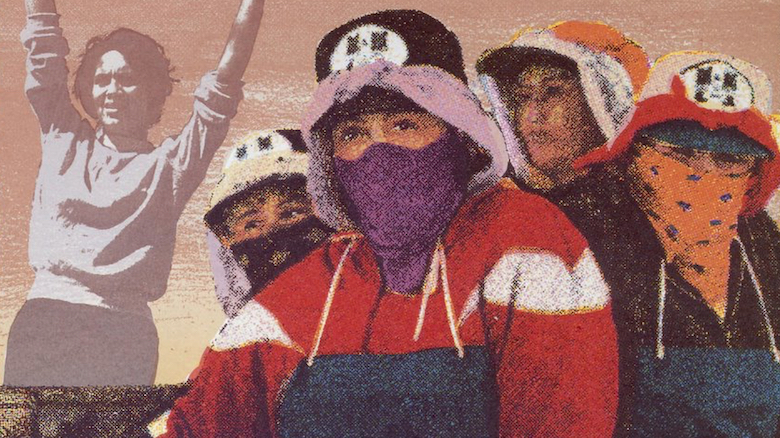 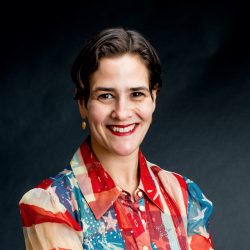 “Farming became industry, and the owners … imported slaves, although they did not call them slaves. … They live on rice and beans, the business men said. … They wouldn’t know what to do with good wages. … And if they get funny—deport them.” Remarkably resonant to this day, John Steinbeck’s 1939 depiction of the relationship between migrant laborers and farm owners illuminates the stark power dynamics that persist in one of the world’s wealthiest agricultural regions, California’s Central Valley. In The Self Help Myth, Erica Kohl-Arenas shows how hundreds of millions of dollars of investment and decades of advocacy have failed to address the poverty and disenfranchisement of workers in the area.

In her richly told historical analysis, Kohl-Arenas interrogates the longstanding tension between philanthropic funders and their grantees: “Can the surplus of capitalist exploitation be used to aid those on whose backs this surplus is generated?” Considering the Central Valley as a test case, one would have to assume the answer is no. Farmworkers continue to face substandard housing, food insecurity, dangerous working conditions, underemployment and overwork, lack of health care, endemic racism, and the threat of deportation. While the lack of “outcomes” from philanthropic investments suggest a simple systems failure, Kohl-Arenas’s close examination of the negotiation of power over decades offers a deeper lesson, providing key insights into the nonprofit sector’s role in American society and beyond.

The “myth” Kohl-Arenas identifies is the belief that individuals and communities can change their material circumstances in the absence of any change to the systems and policies that govern those circumstances. In the US, our national narrative places the lion’s share of responsibility on individuals: responsibility for poverty on the poor, for mental illness on the mentally ill and their families, for incarceration on the incarcerated. As a wealthy, developed nation, we are a bewildering outlier in our refusal to take more communal responsibility for our brethren. When people do organize to care for one another, and in doing so discover that life struggles are linked to structural problems in need of policy solutions, they are often demoralized to find that funders shy away from any work that would promote policy change.

Historically, such structural change has proven hard to come by. In 1962, Cesar Chavez, fresh from a Community Service Organization training (funded by the Emil Schwarzhaupt Foundation), moved to the Central Valley and began to organize farmworkers. When he joined Dolores Huerta in founding the National Farm Workers Association (NFWA) later that year, they chose to support themselves only through member dues to avoid the unwanted political influence that external funds might carry. But by 1965 they were applying for such funding. Chavez and Huerta had realized that many other organizations were receiving large sums of money, and that they could not promote their vision for the NFWA without outside funding of their own. Their initial instinct to resist outside funding, however, proved justified: the philanthropies redirected work toward self-help projects that required communities to focus inward and away from the labor organizing that sought to address longstanding power imbalances.

Much of the evidence suggests that philanthropic intervention actually perpetuates poverty.

By funding many organizations, philanthropies also created competition among indigenous leaders who had been working collaboratively to empower their communities; this caused conflict and distrust, driving Cesar Chavez out of his role as community leader and into the refuge of a nonprofit. Four decades later, philanthropists are funding a “win-win” model of community development, in which workers themselves bear the responsibility for the survival of the agricultural industry while the company abdicates all responsibility for the workers’ well-being. The philanthropist’s role has thus moved, over the course of four decades, from that of labor organizer to that of arbitration board trying to negotiate productivity increases for the good of all.

The subtitle of Kohl-Arenas’s work, How Philanthropy Fails to Alleviate Poverty, may undersell the point; much of the evidence presented in the narrative suggests that philanthropic intervention actually perpetuates poverty. This is primarily achieved by distracting social movement leaders from the task of systemic change. Leaders’ connection to funders takes the form of endless paperwork: grant applications, reports, logic models, data collection, and evaluation.

And then there is the deeper, more fundamentally problematic influence of the philanthropic relationship on social movement organizations. In the constant renegotiation of tactics and goals—away from structural change and toward individual and community change—there can develop, on both sides, a cognitive dissonance. The stated goals of the partnership can never be achieved through the agreed-upon work, leaving grant makers frustrated and grantees burnt out. Funders abandon one failed initiative for the next, churning organization after organization in their wake of largesse and disdain. This system makes liars of us all.

Considering alternative pathways, Kohl-Arenas singles out the Occupy movement and Black Lives Matter as historical standouts of effective organizing for social change in the past two decades. Emerging from two different traditions of social change—one with anarchist roots, the other originated by queer black feminists—these movements have no centralized leadership, no significant ongoing funding sources that require reporting, and no single spokesperson or list of demands. They both would likely subscribe to the Ella Baker motto, “Strong people don’t need strong leaders.” Her book prompts the question: can activists and philanthropists ever successfully collaborate?

This question has been complicated by recent hiring trends in philanthropy. Today, philanthropies are not the cloistered, family-run institutions they once were. No longer restricted to the grantee side of the equation, activists, people of color, and people from affected communities are being hired as program officers responsible for giving out the money that once funded their own innovative work. Beginning with innovators like the Soros Foundations, bolstered by some of the newer health conversion foundations, and epitomized by the 2013 hire of prominent philanthropy recipient Darren Walker to head the Ford Foundation, philanthropy is experiencing its own revolution.

This trend muddies the waters. Who will be setting the agenda for the next generation? Will it be traditional philanthropists, with this ever-growing cadre of program officers and board members? Or economically disenfranchised communities? Written out, the question sounds rather preposterous: a David-and-Goliath battle for the ages, in which Goliath is played by a sea of people looking, with each passing day, more and more like David.

I feel a generational kinship with Erica Kohl-Arenas. She beautifully articulates the promise of equality that seemed woven into the social contract for those of us born to parents of the ’60s, raised as we were to believe that social change was attainable in our lifetime. By the time we emerged as young adults, that childhood dream had faded, replaced by the stark realities of rising economic inequality, exploding incarceration rates, and persistent structural racism and sexism.

The Self-Help Myth raises the gaze of poverty research to focus on the lived experience of the nonprofit sector. Her account is refreshingly accessible, in part because it is embedded in local examples rather than abstract theories. Intellectually honest, Kohl-Arenas doesn’t claim to have answers or provide a roadmap for the future—instead she offers readers a critical resource for thinking through the intractable problem of wealth. 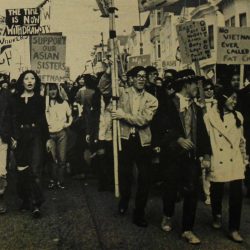 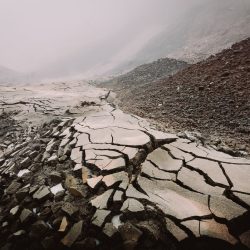 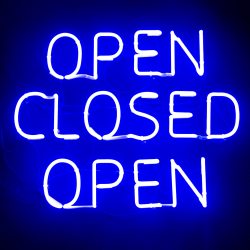 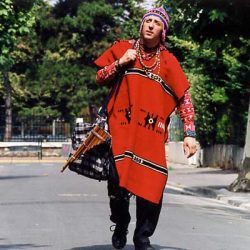 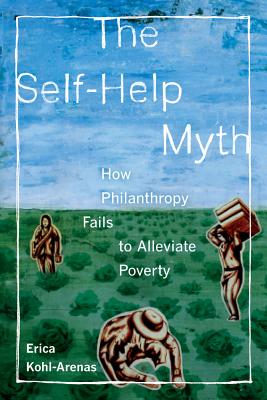 The Self-Help Myth: How Philanthropy Fails to Alleviate Poverty