The Shifting Fictions of Mexico City
In Juan Pablo Villalobos’s I’ll Sell You a Dog, nothing is sacred and reality is absurd, as flimsy and fissured as the unevenly sinking ground of Mexico City ... 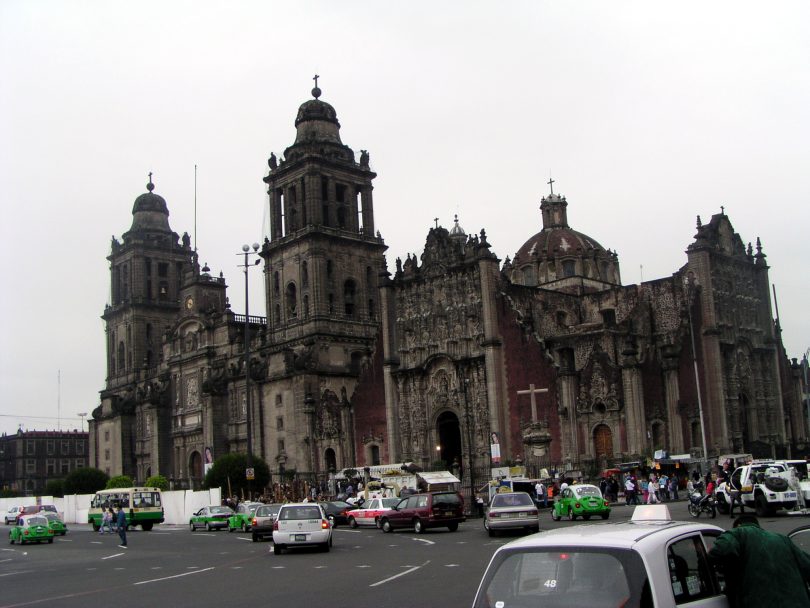 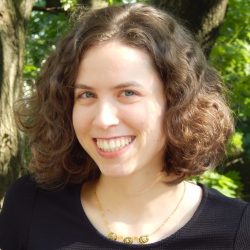 In Juan Pablo Villalobos’s I’ll Sell You a Dog, nothing is sacred and reality is absurd, as flimsy and fissured as the unevenly sinking ground of Mexico City, which sits in earthquake-prone territory on the site of the former Aztec capital, Tenochtitlan. When the Spaniards first saw that capital, situated on an island in a large lake and surrounded by smaller, man-made island gardens called chinampas, they were amazed to find a New World Venice.1

Set in Mexico City, I’ll Sell You a Dog uses the city’s topography as a metaphor for the shaky ground on which the characters stand. Halfway through the novel the author writes: “The ground around the esplanade to the Monument to the Revolution was cracking. There were photomontages showing a dinosaur bursting up out of the ground. … Two days later, the experts appointed to find an explanation delivered their verdict and the dinosaur story suddenly seemed tame. It was the Revolutionaries’ moustaches, which hadn’t stopped growing and had got all tangled up in the sewer system.”

The third of the Mexican author’s books to be translated into English, this English PEN Award–winning novel exemplifies Villalobos’s characteristic dark humor. Rosalind Harvey’s deft translation retains the comedy of the original while conveying the pathos of a story of a man who tries to be an artist and fails—at least in the eyes of others. The book’s cover captures the novel’s grimly carnivalesque themes and style, evoking papel picado, the decorative paper strung on Mexican houses and streets for celebrations. But this papel picado depicts a moustache, a pair of dogs, a liquor bottle, and books with cockroach labels.

I’ll Sell You a Dog completes a trilogy of sorts exploring different aspects of Mexican society that includes Villalobos’s two previously translated novels: Down the Rabbit Hole (2011) and Quesadillas (2013). Teo, the narrator of I’ll Sell You a Dog, recounts his life, much of it spent in an apartment building for the elderly in Mexico City. He once aspired to be an artist but wound up a taco seller. His father, a head-in-the-clouds, starving-artist type, left home when the family dog died and the autopsy revealed that it had eaten a pair of stockings “as long as my father’s secretary’s legs.”

Villalobos uses Mexico City’s topography as a metaphor for the shaky ground on which the characters stand.

The novel combines satirical commentary on taste with an account of one man’s dread of growing old, dying, and being forgotten. Nothing is sacred. Teo quotes Adorno and Schoenberg but ridicules his fellow elderly tenants for reading In Search of Lost Time. He squashes cockroaches with his cherished copy of Aesthetic Theory. Teo reveals his innermost thoughts, which revolve primarily around beer and sex, but also around an artist he once knew, whom he calls the Sorcerer. The artist, eventually revealed to be the (real-life) painter Manuel González Serrano, died in the streets and did not achieve the renown of some of his contemporaries. Nonetheless Teo idolizes him, calling his paintings “moving, heart-rending, brilliant.”

The Sorcerer is one of the few characters in the book to escape ridicule. One is referred to simply as “Papaya-Head”; another, one of Teo’s neighbors, mixes up sounds when she speaks as a side effect of medication, prompting Teo to comment, “I think you should keep taking those painkillers you’re on.” Beneath the humor and ridicule, however, lies a sad, hard reality: Teo has no close relatives, no legacy. He lost his mother and sister in an earthquake. When there is nothing to hold on to, everything is up for grabs—including the meaning of a life.

The project of I’ll Sell You a Dog bears some striking similarities to that of Valeria Luiselli’s The Story of My Teeth.2 Luiselli and Villalobos are both Mexican authors writing about Mexico from afar: New York and Barcelona, respectively. Luiselli’s work was originally commissioned for a contemporary art gallery funded by the juice corporation Grupo Júmex and reflects on, among other things, contemporary art and labor. I’ll Sell You a Dog similarly reflects on modern art in Mexico and on the connections and discontinuities between the working class and consecrated artists. 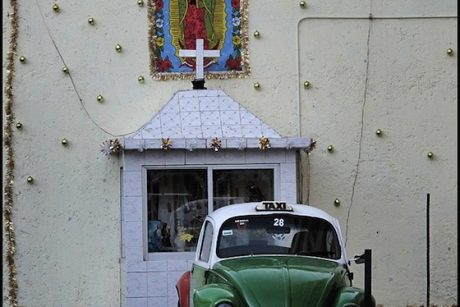 Villalobos notes in his book’s acknowledgments that he took “a masterclass in twentieth-century Mexican art via Skype” with Patrick Charpenel, who directed the Museo Júmex when Luiselli’s work was commissioned. Although the two books exhibit very different styles and writing processes, they address some of the same issues: memory, old age, how we decide that something is true, and how we decide something or someone’s worth.

I’ll Sell You a Dog is likely the last unequivocally “Mexican” novel we will see from Villalobos. His most recent novel, No voy a pedirle a nadie que me crea (I’m not going to ask anyone to believe me), takes place in Mexico and Barcelona. Not yet translated into English, it won last year’s prestigious Herralde novel prize. The new work once again tackles dark subjects with trademark wry humor, especially apt at a time when absurdity reigns, quite literally, at the highest levels of government.

Teo’s description of the ground cracking around a national monument due to the wayward moustaches of national heroes is one of those strange, disquieting moments when the ridiculous and absurd mirror the real. As Teo asks: “And do you consider it plagiarism when reality starts imitating a novel?” I’ll Sell You a Dog reminds us that even things as seemingly fixed as artistic canons and national monuments are precarious, that no one has the right to determine who is worth more than others, that highbrow and lowbrow are useless distinctions, and that how you will be remembered is up to an always unpredictable fate. 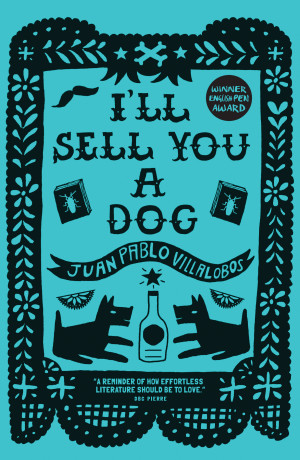 I’ll Sell You a Dog

Juan Pablo Villalobos, translated from the Spanish by Rosalind Harvey
And Other Stories, 2016
Buy