The Villagers Strike Back
The pueblo has always occupied a contentious position in the Spanish national psyche. The word means both people and village, a correspondence that occasioned considerable anxiety in Spain’s leaders ... 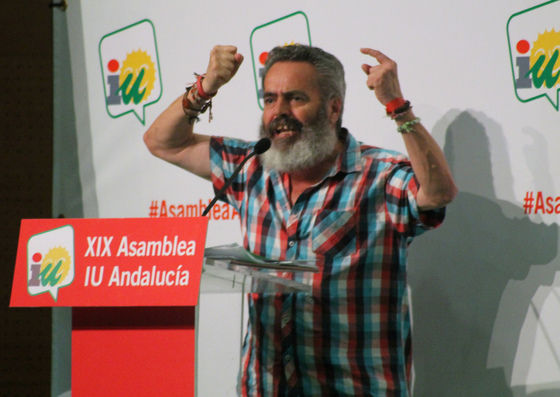 The pueblo has always occupied a contentious position in the Spanish national psyche. The word means both people and village, a correspondence that occasioned considerable anxiety in Spain’s leaders when, in the early 20th century, the country attempted to shake off its rural and provincial image. During the Spanish Civil War, Republicans equated pueblos with traditionalism and feudal land relations; after 1939, Franco’s supporters saw them as potential refuges for Republicans. Today the pueblo has acquired yet another meaning, as broke Spaniards flee the busted boom cities of the financial crisis in order to save money. Locavorism and self-reliance have flourished in many pueblos, not as chic movements but as survival strategies to cope with an average national unemployment rate as high as 27 percent. Yet not all such villages are equal. Dan Hancox chronicles a very special pueblo, Marinaleda, in his book The Village Against the World. Marinaleda, with a population of less than 3,000, is famous in Spain for its utopian aspirations and charismatic, long-serving mayor. Since the 1970s, it has stood out as a speck of Andalusia boldly experimenting with economic solidarity. Today, it serves newly radicalized Indignados, as well as those simply looking to get by, as a potential model for employment, community, and prosperity in a country where those things are increasingly in short supply.

Hancox learned about Marinaleda roughly nine years ago and has been a guest there many times. Initially enthralled by the itinerant farmers who practiced collective ownership, he parlayed his excitement into a broader and deeper exploration of the longue durée of Andalusian anarchism as embodied in Marinaleda. His portrait is sympathetic and engaging, particularly in comparison to critics who describe the village as a personality cult of the mayor, Juan Manuel Sánchez Gordillo, a well-known figure in the Spanish media. Sánchez Gordillo helped organize farm workers in Andalusia in the 1970s to occupy the land of absentee landowners. Some of the land was appropriated from the Duke of Infantado, a royal with vast holdings, much of it left unplanted. After a long struggle with the regional government, the land was eventually ceded to the people of Marinaleda, who have worked it for three decades, sharing profits equally. This experiment in collective life is now in jeopardy as a result of the sovereign debt crisis in Spain, which Hancox describes as not just an economic crisis but “… a systemic crisis, a political ecology crack’d from side to side: a crisis of seemingly endemic corruption across the country’s elites, including politicians, bankers, royals and bureaucrats, and a crisis of faith in the democratic settlement established after the death of Franco in 1975.”

Andalusia was traditionally the most rural and one of the most impoverished regions of Spain; jornaleros (sharecroppers) there sold their labor to absentee landlords in a system of peonage lasting well into the Franco regime. Compared to the latifundistas (owners of large, fief-like estates that kept workers harvesting cash crops at miserable wages), the new cooperative of Marinaleda paid significantly higher wages. Marinaleda also quickly switched from producing cash crops to more diversified harvests, in particular from tobacco to olives, which are consumed in great quantities in Southern Spain. To this day, the workers control their land using an innovative style of collective decision-making that gives each resident equity in the communal land. However, Sánchez Gordillo—a vigorous activist with a biblical beard, a keffiyeh draped around his neck, and extensive Left and trade union connections—never promised to quietly withdraw to the communal olive fields after winning land from the state. Instead, over the past 30 years, he has roused the villagers of Marinaleda to organize multiple hunger strikes, marches, and, more recently, appropriations of chain supermarkets to protest corporate profiteering and lack of government support for agriculture.

One of the great benefits of Hancox’s book, aside from being a well-written tranche de vie about rural Andalusia during a moment of hardship in Spain, is that it thoughtfully explores the paradox of a utopian/communist enclave making claims on the state. Marinaleda exists only because Sánchez Gordillo and other committed activists have been relentless at fighting for aid from the Spanish state, first in securing the land itself and later in fighting for numerous agriculture grants. The question to which the author returns in almost every chapter is whether this delicate relationship of dependence and mutual animosity will continue to be possible as austerity erodes the national budget. On the ideological front, the archetypal pueblo has elicited admiration among Spaniards living off the fumes of their savings accounts as a place of tradition, moderation, and self-reliance. After the corruption and excess of the Spanish housing bubble, which left four million empty homes and enough cases of political corruption to fill the courts for a decade, the pueblo has gained popular regard as an antidote to new suburban boomtowns. Yet, newfound zeal for village life does not translate into the government subsidies needed to make that life a reality. Andalusia was particularly hard hit by the housing boom and non-touristic areas are threatened by poverty, agricultural imports from North Africa, mass emigration, and unemployment exceeding Spain’s frighteningly high average to reach 40 percent in some regions of the province. Marinaleda, though boasting virtually no unemployment and a novel experiment in governance, is, thanks to its dependence on public financing, far from alone in its struggle for survival in the age of austerity.

Hancox’s book thoughtfully explores the paradox of a utopian/communist enclave making claims on the state.

Hancox’s account of Marinaleda begins and ends with a reference to the village of Asterix: he draws parallels to the well-known comic story of Gauls resisting Roman incursions, at the same time apologizing for the glibness of his analogy. The book is flush with big characters who seem to have climbed out of the French cartoon: an olive farmer named Bigotes (whiskers), young villagers pumping reggaeton from their cars while discussing Marxism, and the mayor whose image has become so popular that it was immortalized by dozens of lookalikes in a Carnival dance performance. Hancox explains at length how Andalusia came to be associated in Spain with a tradition of rural 19th-century anarchism, which has spilled over into 20th-century experiments. Sánchez Gordillo and his villagers are carrying on a tradition of left heterodox thinking that does not comfortably reside within Marxism nor fall prey to the many bloody fissures that opened up in the movement during the 1930s in Spain. The rebel spirit of Andalusia becomes a thing not to be proven but to be mobilized when Marinaleda’s politics elude convenient political categorization. Yet, a main and worthy thrust of the book is to ask how this particular experiment could be scaled up to offer a durable model to a country on its knees.

Viewing Spain from the vantage point of the village is particularly important now, and Hancox adeptly fuses the current crisis in Spain to the three-decade-long project of Marinaleda. The crisis has provoked a mass reevaluation of the dream of urban fortunes through migration, second homes, and costly megaprojects. The era after the Barcelona Olympics (1992) and euro adoption (1999–2002) brought a flurry of development and speculation in Spain. However, since 2008, the mass unemployment and seemingly endless crisis has made those years seem like a blip in a long history of suffering. Marinaleda’s general refusal to join the credit-crazed exuberance of Spain’s boom years following EU integration seems like both a wise choice but also, perhaps, a disturbing mark of rural Andalusia’s perpetual exclusion from national prosperity. Now that the country’s real estate market—which once accounted for a third of the economy—has dried up and many of its products have been boarded up, the prospect of growing olives seems far more appealing to many Andalusians. Yet, without EU agriculture laws and subsidies from the powerful and autonomous regional Junta de Andalusia, growing olives could regress back to virtual sharecropping and social experiments like Marinaleda could disappear.

One of the most refreshing achievements of Hancox in The Village Against the World is how he manages to see beyond the rhetoric of “occupy everything!” and to connect current movements against austerity to a much longer tradition that is both nationally and regionally specific. Hancox not only points to important divisions in Spain that predate the Civil War but also asks us to imagine alternatives to the late capitalist economy while frankly acknowledging their idealism, contradictions, and problems of scale. Hancox makes clear that many people despise Marinaleda as something between an anti-capitalist cult and a commune of freeloaders living off government largesse. He also shows that given the graft and profligacy of Spain’s political and business classes before 2008, Marinaleda’s demands are paltry (and indeed Spain’s many corruption scandals have often been used by the Left as a way to discuss social welfare spending). As every resident of Marinaleda knows, mobilizing the radical tradition of yesterday to meet the pressing economic problems of today is very hard work. The product of tireless activism may only be a dry patch of earth to cultivate olives—but that is more than many have left, and it provides an inspiration in an era in which aspirations have dwindled mightily. Above all, Marinaleda is honored in the book as a valuable, if small, attempt at taking the Indignado spirit out of the plazas and streets and into practice.

The Village Against the World