The Woolf Girl
Pity the small back of Alan Kurdi, the drowned Syrian boy who washed up on a Turkish beach, child victim of the refugee crisis. His photo went viral, sparked outrage; perhaps it will win an award ... 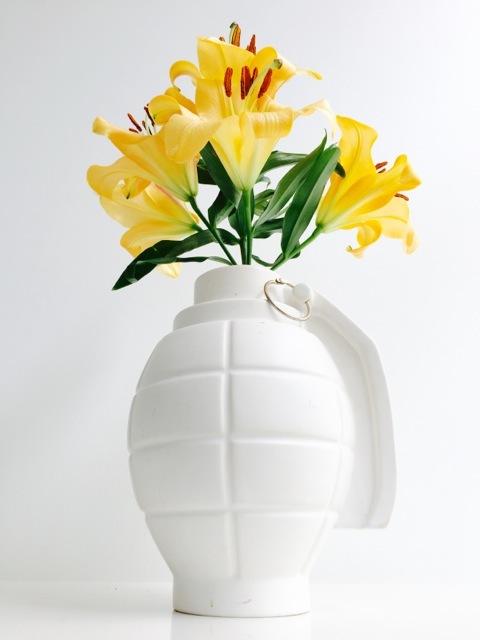 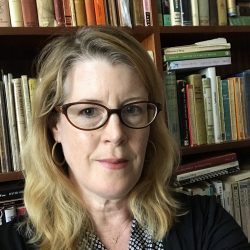 Pity the small back of Alan Kurdi, the drowned Syrian boy who washed up on a Turkish beach, child victim of the refugee crisis. His photo went viral, sparked outrage; perhaps it will win an award. But as Lidia Yuknavitch asks in her terrifyingly prescient novel The Small Backs of Children, how can we look at such images, and not do anything? Virginia Woolf posed a similar question in her 1938 polemic Three Guineas, where—shocked by photographs of the Spanish Civil War—she attempted to answer the question, “How are we to prevent war?”

Like Woolf, whose presence haunts this incendiary blast of a novel, Yuknavitch locates the sources of war in a gendered violence that we carry in our bodies. The plot of The Small Backs of Children revolves around the photograph of a girl from a nameless Eastern European country, caught in the moment a bomb destroys her house and family. The girl’s raw survival instinct contrasts with the group of artists who display her image in their safe American houses. When the photographer wins an award for the photo, she sends a copy to a former lover, a writer who is this novel’s central character. The writer argues that the photographer should have helped the girl rather than snapped the photo. Later, the writer’s poet friend figures out that the image of the girl has triggered the writer’s deepest grief over her stillborn daughter. To rescue the writer from her traumatic depression, the cast of characters—which includes the poet, the writer’s playwright brother, her filmmaker husband, painter ex-husband, and a misguided performance artist—hatch a plot to find the girl and unite her with the writer. To save them both, the girl must move from being an object of art, a muse, to becoming a maker of it.

Yuknavitch is more interested in collective narration than individual character development. She names her characters for their arts, the girl by her gender, and says early in the novel, “I’ve always been suspicious of narrators. And of characters, for that matter.” Yuknavitch’s dedication to the collective voice may stem from her participation in the 1989 collaborative novel Ken Kesey wrote with a class at the University of Oregon. She offers collective selfhood as a liberating alternative to late capitalism’s depressing “consumerist monsterhood” and a sign of her commitment to explore writing’s capacity for representing the body’s language. Yuknavitch’s bodies—bleeding, peeing, fisting, opening—smash the boundaries separating them. While her intense sex scenes (as recently discussed in the New Yorker1) depict the salvific potential of rough sex (“violence for violence,” as one character says in the novel), they also express her desire to narrate from the “we” instead of the “I.”

Narrative tropes reoccur across Yuknavitch’s work, both fiction and nonfiction: the stillborn daughter, the filmmaker husband and son, violent sex, and the redemptive power of art. In Yuknavitch’s antic novel Dora: A Headcase, a hilarious retelling of Freud’s infamous case history, a ragtag bunch of teenage art punks turn the camera on Freud himself. Though primarily narrated by Ida/Dora, here the art collective wrests power from the authoritative case history. When Yuknavitch’s Freud defines a roman à clef as a novel with a secret (“the secret is the author’s life, embedded in fiction”) we sense a gesture to her brilliant memoir The Chronology of Water.2  In a recent interview, Yuknavitch speaks to the relationship between fiction and memoir, claiming that “they inform, deform, and reform one another.”3 If we spend too much time policing that border (denouncing some memoirs as false and others as too true, as in libelous), we risk losing the emotional gut punch of life stories.

The most powerful accounts in both The Small Backs of Children and The Chronology of Water concern the bone-deep sorrow of giving birth to a dead daughter. In her memoir Yuknavitch calls that grief the “white”: a period of time “when a soul has to leave a body.”4 The white returns in Small Backs for the writer and the girl. The girl who loses her family in the war enters the mute white of an affectless snowfield, while the writer, triggered by the girl’s picture, returns to the frozen underworld she thought she’d emerged from. It’s the poet who puts the pieces together: “She’s thinking about grief and trauma, how they can hide out inside a woman, how they can come back.” But the white is also the blank page, the possibility where art happens.

The challenge the writer faces in The Small Backs of Children is how to integrate the trauma of the lost daughter, here figured by the plot of how to bring the traumatized child of war home. The girl must be rescued by the collective self, the group of artists who each play their role in the drama, each of whom narrates sections of the novel after the writer loses her voice in the white. Yuknavitch uses different literary forms to reflect the art practice of each character: a play, a poem, a duet between the writer and the girl, and paintings made of blood that we read about but do not see.

Yuknavitch’s collective self is very much modeled on Woolf’s, even though this novel begins by symbolically killing off this literary foremother: “Virginia, fuck you, old girl, old dead girl.” But like the wolf the girl sees gnawing off its own leg, Woolf is hard to kill. She keeps popping up, despite or because of the writer saying quite plainly, “I am not Virginia Woolf.” There are three quotes from Woolf in the writer’s initial section of the novel, although one of the quotes is actually from David Hare’s script for the film adaptation of Michael Cunningham’s The Hours: “Someone has to die in order that the rest of us should value life more.” While the slippage between Woolf and her biopic makes Woolfians howl, Yuknavitch’s conflation of the two is in keeping with her interest in mixing fact and fiction.

Woolf isn’t the only, or most important, literary foremother claimed by Yuknavitch (that latter honor surely belongs to Kathy Acker). But we can’t help thinking back through Woolf if we are women who struggle to write the violence that registers on bodies all over the world. If there is a line of descent from Woolf to Acker and Yuknavitch, it marks the writing of trauma, and the willingness to form, deform, and reform the sentence and the novel until it fits a woman’s body, until it speaks her relationship with words and the page, with friends and lovers, and with art itself.

The Small Backs of Children