Thelma King and the Call for Revolution
In 1963, a Panamanian assemblywoman took to Cuban radio to condemn the United States and its control of the Americas. 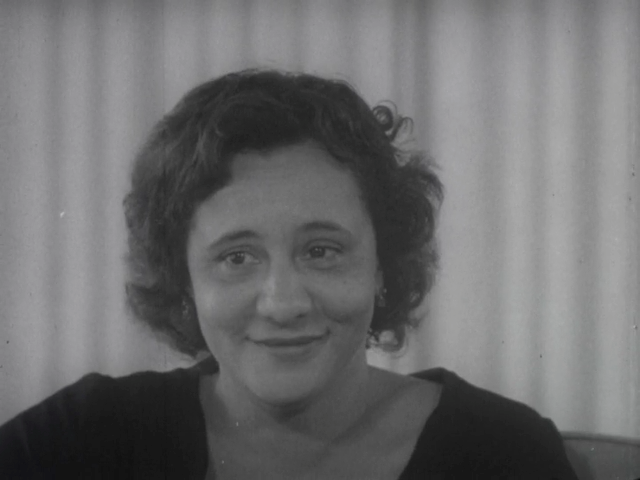 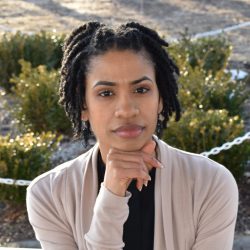 Sixty years ago, in October 1962, a new bridge opened in Panama. The bridge crossed the Panama Canal and formed a key part of the new Pan-American Highway, yet it was named after not a Panamanian, but a US representative from Kentucky: Maurice Thatcher, the only surviving member of the Isthmian Canal Commission, a US bureaucratic body that oversaw the canal construction. Students protested the opening ceremony for the Thatcher Bridge, holding up banners and placards reading “We, the youth, give it its name—Puente de las Americas” and “As sovereign members of this territory, we give it the name Puente de las Americas.”

These were the young people whom Thelma King—a member of Panama’s National Assembly, an Afro-Panamanian radical internationalist, and a critic of US empire—had invoked, a year earlier, as the future of the nation. In her 1961 law school thesis, El problema de la soberanía en las relaciones entre Panamá y los Estados Unidos (The Problem of Sovereignty in Panama–United States Relations), King spared no critiques of US and Panamanian officials, accusing the former of being racist bullies who used their military might to silence critics and the latter of being cowards, content with blaming an infamous French adventurer, Philippe-Jean Bunau-Varilla, for the errors in the 1903 Canal Treaty. Yet her harshest criticism was reserved for all Panamanians, who continued to “accept whatever crumbs the North Americans threw our way.” “Only when we Panamanians realize that God only helps those who with bravery defend their rights, shall we stop being a nation without a compass whose destiny is tied to the whims of North American politics.” King looked to young people as the hope for defending these rights. She pointed to the people of Cuba and Egypt as “beautiful examples of what can be accomplished when there is community, courage, and pride.” Both nations, Cuba through their revolutionary government and Egypt by nationalizing the Suez Canal, “gave their all for the greatness of their fatherlands.” Panamanian youth, if not inspired by their predecessors, could look to these young sovereign nations for examples.1

At the time of the publication of her thesis by Panama’s Ministry of Education in 1961, King had completed her first year as a National Assembly deputy. It was in this capacity that she received her first invitations to visit Cuba and where she proposed resolutions challenging US hegemony in Panama. One of her first actions included condemning the metal fencing separating Panamá City from the Canal Zone. The fencing had been erected by the US following Operación Siembra de Banderas (Flag-Sowing Operation) in November 1959, wherein Panamanian students, joined by local officials and university professors, peacefully marched into the zone with the goal of planting the Panamanian flag there. Zone police deployed tear gas, high-powered water hoses, and live ammunition against the marchers, leading to tense diplomatic relations between the US and Panama. Both governments agreed to begin discussions about flying the Panamanian flag in the zone, but this did not keep officials from fencing off the Pacific side from Panamá City. King categorized the fencing as an attempt by the US to re-create a Berlin Wall in the Americas.2

A year after her resolution condemning this fencing, King introduced a bill that formally recognized what the students had insisted they had already done with their protests: renamed the Thatcher Bridge. In support of King’s bill, the assembly declared that henceforth, in all official and public documentation, the bridge would be known as the Puente de las Américas.

What led Thelma King to take on the US government and complacent Panamanians? What did she view as the role of politicians in enacting change? And what kind of revolution did she view as possible in a Cold War world dominated by the Red Scare and US military might?

The presence of the US-controlled Panama Canal Zone served as a daily reminder of this US might for all Panamanians. King began addressing these questions as a law school student at the Universidad de Panamá and through some of her earliest proposals as a member of government. A review of her thesis and her resolutions as a member of the National Assembly sheds important light on why Thelma Esther King Harrison—born January 31, 1921, in Panamá City, Panama, to an Afro-Jamaican mother, Cesarea Harrison Gore, and a white British father, John Evan King—would by 1963 call for a revolution.

I first encountered King’s thesis as a footnote in the work of scholars of US-Panamanian relations. None, as far as I could gather, had extensively cited from or analyzed King’s study.

Upon reading the thesis, I realized it was a manifesto. Along with its careful review of international law, it denounced and demanded, reflected and envisioned, but above all, refused to compromise. King dedicated El problema de la soberanía to her children and to future generations, whom she tasked with building a truly sovereign fatherland. Her study offered a genealogy of critics of the treaty dating from its inception in 1903.3

She demanded that the entire treaty be nullified on the grounds that it did not conform to the principles of international rights as understood by civilized nations. The treaty was riddled with errors, stemming from its publication first in English and then its translation into Spanish, and were a result of “violence, intimation, and deceit.” King also reflected on the challenge of going up against the most powerful nation in the world: “The United States of America only knows about equity, equality, and justice when it negotiates with equally powerful nations.” Those fighting for Panama’s sovereignty needed to go before the UN, to amass international support for their campaign, and to refuse any further accords with the US that threatened the nation’s sovereignty.4

Perhaps this is why, just two years later—in a March 1963 interview with Radio Habana—King declared, “The only solution to the disorder and exploitation to which the workers and peasants of Panama are subjected is a revolution.”5 Panamanians would have to make their own type of revolution, she explained; but they could draw courage from Cuban revolutionaries.

What kind of revolution did Thelma King view as possible in a Cold War world dominated by the Red Scare and US military might?

King, an Afro-Panamanian radical internationalist, critiqued US imperialism and global hypercapitalism at a time when most other activists acquiesced to Red Scare politics. It is important to note her race and gender. Black women, especially those based in the Global South, are missing from the political landscape of typical Cold War histories. Not only did King articulate these points vocally, she also wrote a veritable manifesto outlining the contours of a radical internationalism grounded in a unique Panamanian perspective that held deep resonance for much of the Caribbean and Latin America.

King used the Cuban airwaves to call for a revolution in direct response to the meeting in San José, Costa Rica, convened by US President John F. Kennedy in March 1963, which included the presidents of Costa Rica, Guatemala, Nicaragua, Honduras, El Salvador, and Panama. The meeting aimed to expand the growth of US programs—like the Agency for International Development, the Peace Corps, and the Alliance for Progress—in each of these countries as a deterrent to the spread of Cuban communism. King accused Panamanian President Roberto Chiari of supporting monopolists over the needs of poor, working-class, and unemployed citizens. Chiari’s family formed part of the country’s oligarchy.

A politician critical of the stances of their government is not unusual. What made King distinctive was her willingness to voice her objections on Cuban radio; to explicitly call for revolution; and to challenge US demands to ostracize Cuba. Her words were heard in Central America, the Caribbean, and parts of the US. They were also immediately translated from Spanish to English by US media outlets catering to a Cuba-obsessed US audience. More than a typical interview of a political figure, King offered a challenge to a very powerful status quo.

By 1954 she held a consular appointment in Liverpool, England; six years later, she was the only woman and person of Afro-Caribbean background elected to the National Assembly. Her focus on nationalism opened doors, but it also placed her at odds with members of her community previously denied access to full citizenship rights. Through a forceful critique of oligarchic control and US empire, King promoted an activist framework that borrowed from a rich Black radical tradition; yet she also downplayed Panama’s troubling racial past.

Still, there was a revolution, spearheaded by young people and inspired by decolonization movements. And this offered an opportunity to envision a new chapter in Panama’s history. 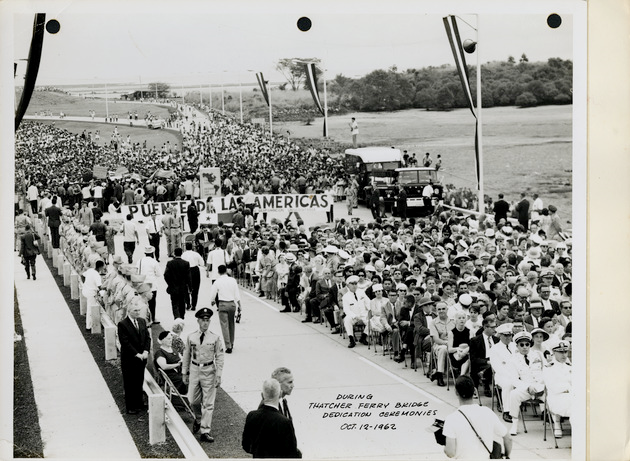 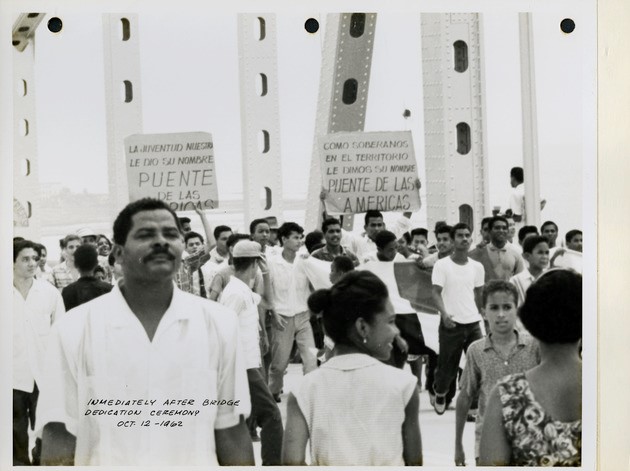 Reckoning with the Red Scare and Unwritten Black Radical Histories

King’s call for a revolution in March 1963 was a logical conclusion to her assessment, as a legal scholar and a politician, of the realities of US imperialism and exploitative capitalism in Panama and around the Americas. These views made her unpopular among those who wanted to maintain the economic and geopolitical status quo. She was criticized by fellow politicians and spied upon by the CIA (Central Intelligence Agency).

She has also been largely ignored in most Cold War histories of Latin America and US–Panama relations. Scholars and journalists like Yolanda Marco Serra, Melva Lowe de Goodin, Briseida Allard, Luis J. Ceballos, and Mónica Guardia have done their part to address this lacuna, but more work remains.7

My interest is not in using King as a representative figure of the period, nor in reclaiming her. Instead, I ask: Why don’t we all know about Thelma King? How does forgetting or ignoring a person like King happen? What does this say about the inability to fully comprehend Black radical histories in the Americas? To what extent has relying on and glorifying a top-down history of the Red Scare prevented us from recognizing those who offered alternative visions for the future? 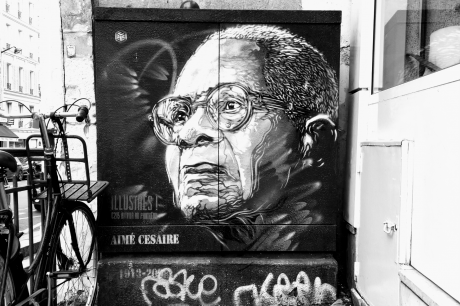 Asking these questions prevents a simplification of the life and politics of Thelma King. She pursued powerful and at times conflicting agendas, including holding nativist right-wing views, supporting labor organizing, and calling out her peers as cowards.

There are many Thelma Kings whose life stories as radical internationalist Afro-descendant women in Panama have gone overlooked or underexamined. This has resulted in histories that uphold the actions of white men, reproduce false narratives of racelessness in Latin America, and relegate Black and Indigenous people to the role of victims or onlookers to the Red Scare.

A close examination and study of the life and work of people like Thelma King begins a much-needed reckoning with how we teach, write, and remember histories of global Black intellectualism and activism during the Cold War. It also invites us to complicate our expectations and center the actions of Black women across the Americas who left documentation of the kind of world they dared to imagine.