Thornfield Hall, Brooklyn
On her author website, Patricia Park explains that her decision to revisit Jane Eyre in her debut novel, Re Jane, derives in part from the fact that, when she acted out as a child, her Korean mother ... 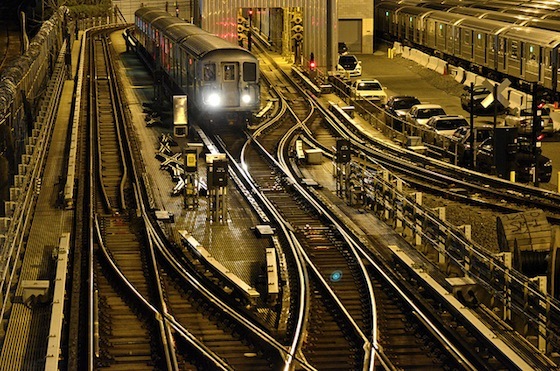 On her author website, Patricia Park explains that her decision to revisit Jane Eyre in her debut novel, Re Jane, derives in part from the fact that, when she acted out as a child, her Korean mother “would say in her limited English, ‘You act like orphan!’” Park adds, “This always puzzled me—how can you act like an orphan? But for my mother, who grew up during the Korean War, to be an orphan meant to act in a mischievous way that shamed your family.”

When Park read Jane Eyre in early adolescence, she found unexpected connections between these hypothetical Korean orphans and the “obscure, plain, and little” heroine of Charlotte Brontë’s text, connections that were later reinforced when she studied Victorian literature in graduate school. She subsequently wrote Re Jane, which joins the ever-growing lineage of novels, including Daphne Du Maurier’s Rebecca (1938), Jean Rhys’s Wide Sargasso Sea (1966), and Margot Livesey’s The Flight of Gemma Hardy (2012), that have adopted aspects of Brontë’s narrative as their own. With its fresh narrative style and provocative humor, Re Jane makes a worthwhile contribution to this subgenre of literary adaptations.

One of the dangers of writing such adaptations is of turning one’s narrative into a decoder-ring-ready text that compels the reader to make repeated connections to the original. At certain moments in her novel, especially toward its beginning, Park falls into this trap, which distracts from an otherwise elegantly developing narrative. Her heroine, Jane Re, is a half-Korean, half-American orphan who lives in Queens, on Gates Street (a reference to Brontë’s Gateshead, where we first meet Jane Eyre), with her uncle and his wife. Instead of working at the prestigious Lowood Corporation (named after Jane Eyre’s strict girls’ school), Jane serves as a nanny for a family living on Brooklyn’s Thorn Street (reminiscent of Rochester’s Thornfield estate). She signs up to take care of Devon, the adopted daughter of Ed Fairley, a stand-in for Edward Fairfax Rochester, and Beth Mazer.

Beth Mazer is not, like Brontë’s Bertha Mason, a madwoman in the attic, but a feminist academic who works in the fourth-floor attic of her Park Slope brownstone on projects related to Victorian literature and culture. Noting the mess of papers there, Jane observes that “Beth’s attic was becoming a madhouse.” The parodic titles of Beth’s projects, including “Who Let the Madwoman Out?: Bertha Mason and Nineteenth-Century (Mis)Constructs of Female Hysteria, Madness, and the Vagina Dentata,” suggest that Park’s novel is intent not only on reimagining Jane Eyre, but also on (affectionately? reproachfully?) revisiting the scholarship that has made it such a touchstone for white feminist critics and writers. Jane and Ed, an Irish-American man who shares Rochester’s heated temperament, have something of a thing, which the heroine expresses through phrases echoing that other Jane: “Reader—it was delicious.”

The novel really finds its voice, as does its heroine, when it begins to leave Jane Eyre behind by reducing its purposeful nudges to readers. The second part of the novel does contain self-conscious addresses to the reader and insider allusions to Currer Bell and Helen Street, but it is also willing to allow the reader to make her own connections and perhaps, sometimes, even forget about Jane Eyre altogether.

Leaving New York on the eve of 9/11, an event that serves as a spectral backdrop to the narrative, Jane rejoins her family in Seoul and learns about her Korean and personal history. This part of the novel is original and gripping, as the heroine develops into her own character, and the narrative into its own story. This sense of personal and textual liberation extends until the very end, which demonstrates its separation from Jane Eyre in no uncertain terms (no spoilers here). Interestingly, during her sojourn in Seoul, Jane meets a group of young Koreans who have borrowed their English names from the television show Friends (Monica, Chandler, and Rachel). These nicknames tie them to American popular culture, as does Chandler’s (Changhoon’s) frequent dropping of American references and terms, which leads Jane to observe that “his diction was an awkward pastiche of the Wall Street Journal, Hot 97, and Clueless.” This humorous jab at a man who will also prove to be important to her personal development makes me wonder if there is something strategic, rather than derivative, about Park’s own name-dropping of Jane Eyre at the beginning of her novel. Growing up inevitably means growing away from one’s parents, adoptive or biological, literary or familial, a lesson that Beth and Ed’s daughter, Devon, must learn as well.

Indeed, the final part of the novel seems to draw inspiration from an altogether different genre—film. Whereas the first two-thirds of Re Jane is distinctly literary, the last part struck me as being quite cinematic in its pacing and rapid revisiting of familiar characters and spaces. There is something of the “Where are they now?” montage common in popular movies after Jane returns to New York and encounters characters who informed the first part of the narrative. Park speeds us from one borough to another, using New York as a backdrop for her characters’ ever-changing lives. The quick pace of this final section also presents an homage to the 7 train, with which Jane maintains a love-hate relationship throughout the text, and which ultimately serves as a metaphor for the invigorating possibilities of urban life. As she puts it toward the end, “I’ve grown familiar with its herky-jerkiness, learning to accept its particular rhythms instead of fighting against them—or running away. And to realize, despite it all, that it has good intentions. I’ve begun to feel a comfort in its clumsy rocking.” It is in passages like these that the novel shows Park’s adeptness at establishing the reader’s intimacy with Jane Re. And, dear reader, herky-jerky subway riding is something that the original Jane totally missed out on.