Toads and Bitches
“At last, something beautiful you can truly own,” says Don Draper, pitching to Jaguar executives in the fifth season of Mad Men. This idea of owning a woman is tempered here by metaphor: the car only ... 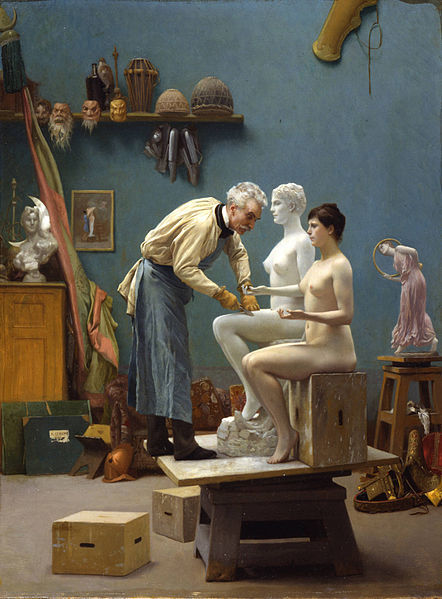 “At last, something beautiful you can truly own,” says Don Draper, pitching to Jaguar executives in the fifth season of Mad Men. This idea of owning a woman is tempered here by metaphor: the car only stands in for the woman. Male ownership of her remains, albeit tenuously, a fantasy. Not so in the case of Thomas Day, the 18th-century British lawyer and abolitionist who adopted two young girls and trained them according to Rousseau’s educational principles, with the goal of making one of them his wife.

Day is the biographical subject of Wendy Moore’s recent book, How to Create the Perfect Wife, a feat of deftly synthesized research drawing on materials from nearly 30 historical archives and libraries. The book’s ironic subtitle—Britain’s Most Ineligible Bachelor and his Enlightened Quest to Train the Ideal Mate—captures Moore’s attitude toward Day. Irreverence, however, seems too light a treatment, given the moral violations he committed.

Following successive rejections by two women whom he respectively labeled “toad” and “bitch,” Day adopted Ann Kingston, 12, and Dorcas Car, 11, from the Shrewsbury Orphan Hospital. Renaming them Sabrina and Lucretia—names that share literary connotations of chastity—Day moved the girls to France, isolating them linguistically and geographically as part of his educational scheme. Lucretia, fortunately for her, “failed” during this first year in France. Having made his selection between the two girls, Day brought them back to England in the spring of 1770 and immediately dispatched Lucretia to become a milliner’s apprentice. (As Moore recounts, she would later make a happy marriage to a draper.) Sabrina, though, was made to stay and endure Day’s increasingly bizarre experiments. He kept her, with no female chaperone, at a house in Lichfield, where he began the next and harshest phase of his wife-training regime. He dropped hot wax on her bare arms, stuck pins into her skin, and fired a shotgun at her petticoats, all in the name of inculcating physical and emotional hardiness—and all while criticizing the hypocrisy of Americans for demanding their independence without freeing their slaves. In 1771, one year and an unspecified number of strange abuses later, Day conceded defeat in his experiment and sent Sabrina away to boarding school.

Although the relationship between Day and Sabrina provides the anchor for Moore’s narration, her meticulous research also brings to life the broader network of prominent personalities who figured in the story—from the writers Maria Edgeworth and Fanny Burney to Benjamin Franklin and the physician Erasmus Darwin. This lively portrait of the London intelligentsia is one of the book’s pleasures, conveyed in smooth sentences uncluttered with references to the many letters and papers that interested readers will find cited in 40 pages of scrupulous notes.

In negotiating the tension between narrative fluidity and scholarly citation, Moore errs on the side of aesthetics, often borrowing from the novelist’s array of techniques. She offers imaginative aides in moments of description, tacitly asking readers to accept, for example, that “Spring sunshine warmed the ancient brick walls of the courtyards.” Certain phrasings—“Thomas Day read the letter from his fiancée in Ireland with incredulity”—produce the distinct sense of an omniscient narrator. These writerly strategies infuse Moore’s prose with a welcome immediacy, provided that readers can reconcile themselves to the license she takes to employ them. Elsewhere, Moore’s narrative even absorbs and reflects Day’s point of view: “Since he had yet not found the right woman,” she writes, “the right woman simply did not exist.” Such techniques animate Day’s perverse logic, but they also make any judgment of it merely implicit, and ironic—an ethical problem that surfaces elsewhere in the book.

Moore’s hesitation to engage directly with the moral and psychological freight of her chosen subject is puzzling, and indeed disappointing. While the author’s sympathy clearly lies with Sabrina, her final verdict on Day, namely that “he was, perhaps, more deluded than wicked,” inclines toward absolution rather than condemnation—and Day deserves condemnation, by both the standards of his time and our own. If Moore has a signature rhetorical move in this book, it is understatement: “intimate relations” euphemistically stand in for sex, and Day’s actions merely “smack of sadism.” In fact, at this story’s core is a psyche contorted by warring erotic and misogynistic impulses, misguided ideas of male and female virtue, and a powerful desire for control. Moore provides expert history and an elegant narrative, but not the psychological biography that her subject demands. 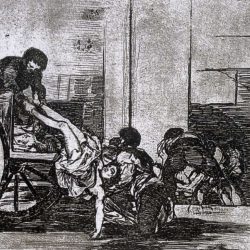 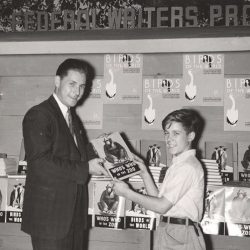 How to Create the Perfect Wife: Britain’s Most Ineligible Bachelor and his Enlightened Quest to Train the Ideal Mate