Too Bad About the Trees
This is the latest installment of our new blog series, An Engineer Reads a Novel.   Heat and Light, Jennifer Haigh’s fifth novel, highlights the complexity, dirtiness, and danger of the labor of ... 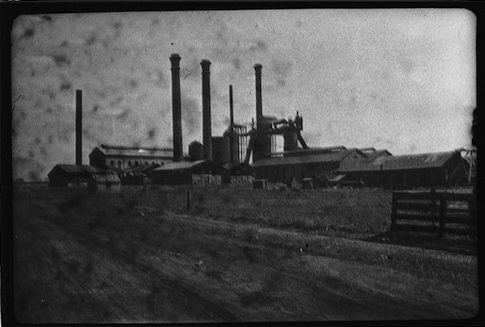 This is the latest installment of our new blog series, An Engineer Reads a Novel.

Heat and Light, Jennifer Haigh’s fifth novel, highlights the complexity, dirtiness, and danger of the labor of supplying the elemental heat and light of its deceptively simple title. Haigh sets her tale in a fictional coal mining town, Bakerton, Pennsylvania, whose onetime prosperity and subsequent decline she chronicled in a previous novel, Baker Towers, and a linked story collection, News from Heaven.

As Heat and Light begins, the significance of Bakerton’s position atop the Marcellus Shale has begun to dawn on energy companies looking to drill for natural gas. Heat and power, and the transformation between them, are described by thermodynamics, the field of engineering that models and explains the ways fuels like coal and gas can be harnessed. Unusually, the development of the theory of thermodynamics followed its application. The machines and mechanisms of the steam engine, internal combustion engine, and power plant preceded the models and equations that explain them. This is what triggered the industrialization of the United Kingdom, and, in short order, the United States: the realization that the heat
of burning coke or coal (or, later, gasoline) could be transformed into power to pump a well or turn a wheel.

Early on, the fuel seemed so abundant that it hardly mattered to these industrializing, build-first-ask-questions-later pioneers whether the energy conversion was particularly efficient, or what the landscape might look like when they were finished with it. Mining Pennsylvania’s natural resources, leaving behind the “ruined landscape” of “strippins” in which Bakerton’s children once played, powered America’s industrialized “progress.” Haigh savvily reminds us that Pennsylvania also had an oil boom, as Edwin Drake and his men tapped the oil reserves of Titusville. Her characters grew up writing school reports about Drake and the other storied men who discovered Pennsylvania’s buried riches.

This claimed American identity of the rugged individualist, the cowboy, frontiersman, and tinkerer—good with his hands, stoically making things work—casts as heroic the men who drill for oil or mine for coal or lay railroad track across the West: Sinclair Lewis’s Oil! wildcatters, and Zane Grey’s “inspired and dauntless men”1 become Haigh’s “roughnecks,” who perform “backbreaking work” and call themselves the “Bravo crew.” Haigh’s language here is defiantly unlyrical: “The men yank and drag and push and pull.” This cartoon of masculinity has been with America a long time, and still pervades the cultures of engineering2 and the Rust Belt.3 With patriotic swagger, Haigh’s characters disdain imported cars, finding a Toyota Prius so “astonishingly lightweight” that it must be a “piece of junk.” This is the masculine language of conquest, of seizure, of technological manifest destiny.

Consider the woods surrounding Bakerton: “The forest is a century old, mixed hardwoods, trunks thick as rain barrels … prime real estate for tree houses and tire swings … acts of boyish heroism.” Haigh follows this description with the specifics of the forest’s destruction to make room for a drill pad. Naming the tools used for clear-cutting, she describes the “throaty mechanical pleasure” of their operation, and the “obscene,” quasi-sexual display of drilling itself. Later, a character makes explicit the rape and pillage metaphor, as he wonders “how the world must have looked then, in Indian times,” and laments: “Too bad about the trees.”

The valorization of only this narrow kind of masculinity has taken a toll on Bakerton’s characters, as well as on its landscape. A Bakerton man’s “higher purpose” is, explicitly, his work; Haigh uses this phrase to describe not a man of faith, but a feed salesman. The laid off or left behind become unmanly, dismissed, and disenfranchised. One tragic character, book-smart and sensitive and lacking in mechanical intuition, is repeatedly scorned by other characters as “girlish” or “such a girl.” His fuel-efficient smart car is roundly mocked. He seeks bravado and reinforcement from chemical sources instead, and it turns out that expertly rolling a joint was “the only way he’d ever been good with his hands.” In awe of a male science professor’s default authority, a woman admits “her nursing instructors … all local, all female—somehow didn’t count.” A young mother is easily dismissed as hysterical, childish, possibly in love with victimhood; even when she asks a well-respected man “the question that startles,” she is disregarded. An energy company rep tasked with securing leases for drilling is able to persuade Bakerton’s landowners of his authenticity merely by rolling up his sleeves and affecting a “folksy drawl” because “he looked like a guy who was good with his hands.” Thus, the men trust him, and sign away their land without reading the fine print.

Through all these characters, Haigh exposes the limitations of this masculine model of strength and success. She also suggests alternatives. For my money, the hero of Heat and Light is a woman named Rena. Alone among the characters, she attempts to understand where various parties are coming from. Rena is powerfully gendered feminine, a nurse and dairy farmer, a mother, gifted with empathy and intuition about people. Yet Haigh does not settle for the easy contrast between Rena and the “stubborn, silent” men of Bakerton. Two Heat and Light players challenge gender binaries: an prison inmate crafting (or confirming) a gender identity, and Rena’s lesbian partner, who had been “raised as a boy.”

Haigh’s diverse cast feels almost uniformly authentic, the details of their lives and histories closely observed, the author’s empathy inclusive. Somehow, a novel that contains the technical specifics of hydraulic fracturing and a good dose of environmental ethics is experienced as, first and foremost, a character study. The literature of fracking is not yet large—Lamar Herrin’s 2013 novel Fractures used the metaphor of drilling for the dredging up of family secrets, much as Haigh returns to the motif of “what lies beneath”—but Heat and Light belongs to a family of novels with environmental concerns.  Like John Nichols’s The Milagro Beanfield War, Haigh’s novel tells a small story with enormous implications that are mostly beyond the scope of its characters, a cast that spans the whole spectrum of political and social power. Like Barbara Kingsolver’s work, Heat and Light recognizes that human passions often trump ideology. Haigh’s book has a message, but it is rarely (though not never) didactic or agenda-driven. Its pleasures lie not in the mechanics of its plot—the water beginning to smell funny, the bureaucratic layers of consultants and contractors that will protect any one player from being held accountable—but in the emotional undercurrents Haigh develops among her neighbors and families. 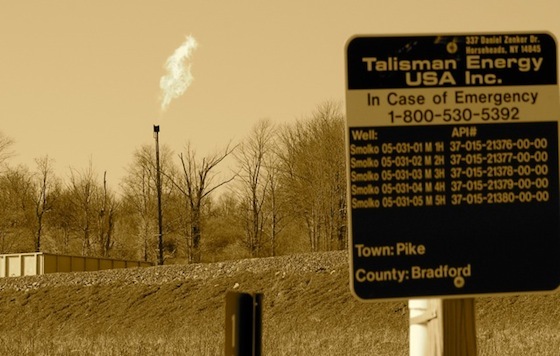 The weak link in Heat and Light may be the man who spends the least time in Bakerton: the energy baron who brings fracking to town. He’s transparently villainous, and villainously transparent, in a world where grit and authenticity reign. Haigh coins a phrase to embody the baron’s philosophy, “the point of dynamism,” which rings of pseudoscientific snake oil, at least to my ears, though the novel itself seems persuaded. Introducing this concept, the book features a physics textbook schematic of a particle in motion, but the phrase’s claim to kinematic significance felt, to me, unearned. “The point of dynamism” would seem to suggest a location in space or time at which “dynamism”—power, movement, vigorous activity, or progress toward these things—became amplified or focused. Then again, if “the point of” may be interpreted not as a location but a purpose, then perhaps “the purpose of progress” is indeed a thing worth considering.

Several of Haigh’s characters are haunted by literal and metaphorical fallout from the Three Mile Island incident, apparently foreshadowed by a prescient-seeming Hollywood disaster movie. This is a wonderful illustration of the way art can often anticipate what-ifs and sound societal alarms about technology’s so-called “unintended consequences.” While there are many examples of this, and of a productive interaction between these cultural products and those who develop and distribute technology, this kind of worst-case freakout is also a normal stage4 in the cycle5 of the acceptance of new tech: societal attitudes tend to move from initial awe and fear to a sense that a new technology is, first, a luxury for society’s elite, then a widely adopted, “democratized” social right, which in turn becomes a bored familiarity and propensity to take that tech for granted (and, of course, to blame it for whatever human tendencies it has exposed6). In the case of nuclear power, the movie’s message was compounded by the ill-timed Three Mile Island disaster, and further American development of that technology was more or less abandoned. 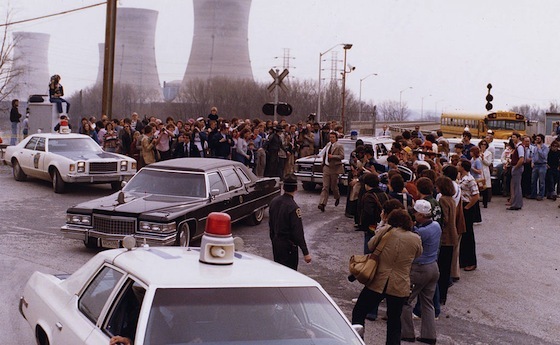 These artistic products tend to imagine scientists and engineers as either recklessly ambitious (aware of, but indifferent to, the risks) or shortsighted and foolhardy (we’ve found a way to bring dinosaurs back to life … what could possibly go wrong?). The hubris of those who dare to pursue these technological miracles—who build flying machines despite what happened to Icarus, who seek to harness fire in defiance of Prometheus’s fate—this is a story often told, and it reinforces the heroism of our risk-taking cowboys on the rigs and in the mines. These are noble risks; brave are the mortals who aspire to the godlike. Haigh describes the Three Mile Island reactor this way: “It is a work of genius, alive as a human body, the dream of a scientist with the intellect of God.” A Promethean undertaking, indeed. She warns, though, against its complexity and labyrinthine bureaucracy: “But the scientist himself did not design it. The engineers who designed it have never run it. The operators can’t, themselves, maintain it. The maintenance crew has no idea what they’re maintaining. They perform procedures outlined in the Handbook, written by someone.” This is both a celebration of a technological achievement and a warning against viewing it as a “miracle” too complex to fully understand.

Because we depend on the output of the heat-to-power transformation—we consume energy, which powers our modern lives—Haigh’s novel is a clarion call, too. If we now guiltily acknowledge the less honorable consequences of coal mining, of oil drilling, of emitting carbon dioxide into the atmosphere, and if we see the potential for hydraulic fracturing of shale to be as ruinous, then, if we simply stop these practices without identifying alternatives or altering our energy-hungry behavior, we leave places like Bakerton devastated, its citizens “just waiting to be screwed.” Yet if we are to respond effectively, we must redefine ourselves and what we value: we must see past brute strength and a folksy drawl to ask ourselves “the question that startles”; we must listen to voices we have typically ignored, sidelined, and subjugated. We must broaden our definition of engineering, of heroism, of power itself.