Conjuring Anthropology’s Future
I suspect that I was invited to review Magic’s Reason because it is largely about stage magic and stage magicians, a topic on which I once wrote a book myself ... 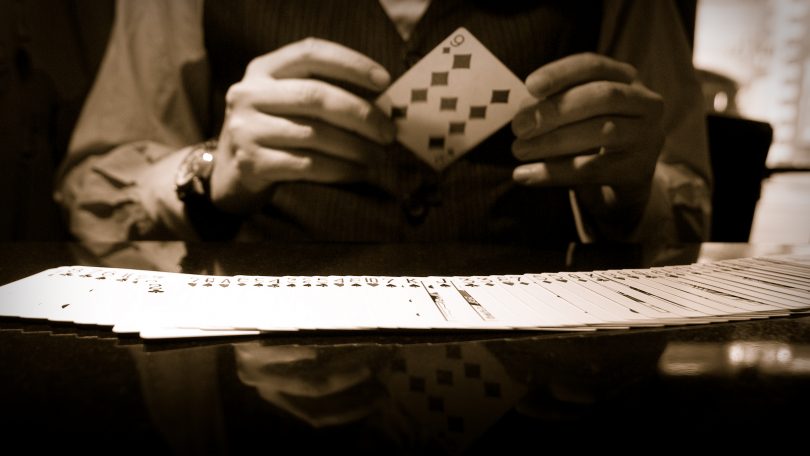 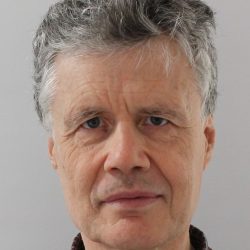 I suspect that I was invited to review Magic’s Reason because it is largely about stage magic and stage magicians, a topic on which I once wrote a book myself. But Magic’s Reason is really about something else. In the end, it is a contribution to anthropological theory, a field in which I have no professional expertise at all. When I realized this I thought I had better decline to review it, but I then understood that Magic’s Reason carries another message too, one which, I hope, doesn’t need a professional grasp of academic anthropology at all. It seems to indicate, even to an outsider, that anthropology’s conceptual apparatus is under sufficiently severe strain to require a rethink. And that is (or at any rate ought to be) of general interest.

But first things first. Magic’s Reason is based on a brilliant aperçu. Why shouldn’t anthropology come to terms with today’s secular magic? Or, to put that a little more carefully: given that anthropology has to a significant degree been constituted on an opposition between, on the one side, “modern rationality,” and, on the other, so-called “primitive magic” (as articulated by the discipline’s founders, and by E. B. Tylor [1832–1917] in particular), what might an ethnography of contemporary stage magicians and their understanding and practices of magic have to tell us about the discipline’s conceptual and ideological underpinnings?

Jones pursues his inquiry into relations between modern secular magic and anthropology’s historical conceptualization of primitive magic from a position that is, first, Boasian, and, second, Latourian.

Following Franz Boas, often recognized as the founding figure of American cultural anthropology, who trained many of the most influential practitioners in the first decades of the 20th century, Jones (like pretty much all contemporary anthropologists) thinks of magic not as other to, let alone as less than, rationality, but as its own thing, that is, as articulated or performed in various ways for various uses in various cultures—most obviously as ritual and mimesis.

Magic may be its own thing, but it also has analogies with reason itself, and, in the end, that is because both magic and reason can be understood as more or less conventionalized forms of knowledge/power over nature. (This line of argumentation is also often associated with the British social anthropologist E. E. Evans-Pritchard, as found in his 1937 classic, Witchcraft, Oracles, and Magic among the Azande.) Jones disowns the hard magic/reason opposition by calling upon the standard Boasian assumption that every culture is of equal value and possesses equal capacity for self-expression, magic and reason both being such forms of self-expression.

Second, following Bruno Latour, the anthropologist-philosopher and well-known denouncer of the moderns’ insistence on a clean nature/culture divide, Jones also thinks of magic as a “hybrid,” by which he means that, despite the fact that the concept of magic officially played a role in “purifying” rationality for anthropology (and indeed for enlightened modernity tout court) just by being positioned as rationality’s negative other, in fact magic was a construct that contained rational as well as “irrational” purposes and features. 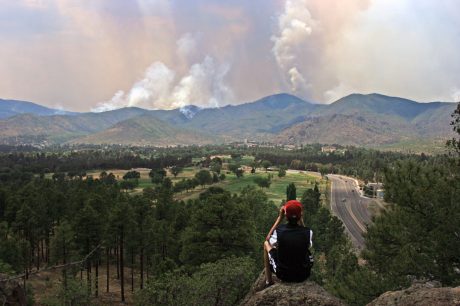 This Boasian/Latourian inquiry into magic proceeds along three tracks.

The first is the ethnography that Jones carried out among contemporary French stage magicians, especially magicians who have performed overseas. His main finding here is that these magicians accept the view that primitive magic involves ignorant credulity while considering their own performances to be exercises in skill and showmanship that engage and promulgate rationality. At the same time, however, they can sometimes also conceive of “primitive” magicians, not as Tylor thought of them, but as “rational” entertainers just like themselves.

The book’s second track investigates the great 19th-century magician Jean-Eugène Robert-Houdin (1805–1871), the founder of “modern conjuring,” who, on the French army’s invitation, travelled to Algeria in 1856 to perform magic shows supposed to overawe members of the indigenous Sufi Isawa order who were then resisting French colonial power. Jones has much new to tell us about both Robert-Houdin and the Isawa. This is fascinating material even if the main finding is unsurprising, namely, that Robert-Houdin helped popularize the notion of Western rationality’s superiority. For Jones, in his Algerian performances Robert-Houdin was, as it were, performing Tylor’s theories.

Magic’s Reason’s third track follows the now quite substantial body of scholarship that has recently revised our understanding of secular magic’s history and function, and that was inaugurated in James W. Cook’s The Arts of Deception (2001) and my own Modern Enchantments: The Cultural Power of Secular Magic (2002). This corpus argues, in effect, that conjuring, in the past considered culturally and social trivial, was in fact the basis of a variety of immensely popular shows (the “magic assemblage,” as Modern Enchantments calls them) that helped promote rationality, not least through extending the domains of fiction and illusionism. In that way secular magic is itself an instrument of rationality.

The argument that strings these strands together uses a concept drawn from Modern Enchantments, namely that modern stage magicians and the early anthropologists’ figure of the “primitive magician” are “dangerous doubles.” In this context, that idea takes a Latourian turn: if (from one point of view) primitive magicians were conjurers just like contemporary stage magicians, this analogy only serves to throw the distinction between modern and primitive magic into relief on the basis that it can, as it were, dramatize the play of identity and difference that binds credulity (and superstition, though that is not a word used here) to modern reason.

This is an important finding because it places anthropology in relation to one of modernity’s most powerful machines—show business, as it emerged on the back of magic and special-effect shows (i.e., as the “magic assemblage”)—and it does so by deftly inverting conventional disciplinary arrangements. Here the magic assemblage is ethnographized, and anthropology historicized.

In this situation, anthropology itself, rather than being a vehicle of universal rationality, becomes an expression of a particular society and culture and, indeed, a performance somewhat like a magic performance in which partial, more or less ritually produced statements are passed off and sanctioned as legitimate objective knowledge.

This difficulty cannot be bypassed just by directing the “ethnographic gaze” indifferently toward all kinds of institutions and lifeways, “modern” or not, nor even by anthropology’s avowed acceptance that it too participates in the societies it studies rather than merely observes them. After all, what is ultimately in question is anthropology’s claim to be in Bernard Williams’s sense “truthful” and not simply performative, not simply expressive, not just something like a dignified and discursive form of secular magic. If, as Jones’s book seems to suggest, anthropology finds it hard not to see itself as anything except analogous to a form of secular magic then it is hard to see how it can remain anthropology, thought of as a social scientific pursuit, at all.

The solution to this problem, as Jones’s book also allows us to suppose, is to move away both from the discipline’s Boasian transformation and from Latour’s emphasis on hybridity and de-purification, so as to imagine it differently. We are to think of anthropology not as grounded in reason/magic and modern/primitive oppositions or analogies, and thus endlessly and fruitlessly driven to overcome and apologize for them à la Boas and Latour, but rather—let me here speculate some—to think of it more skeptically as (for instance) an institutionally/bureaucratically based structure of action, attention, and feeling as well as a discursive archive and register. 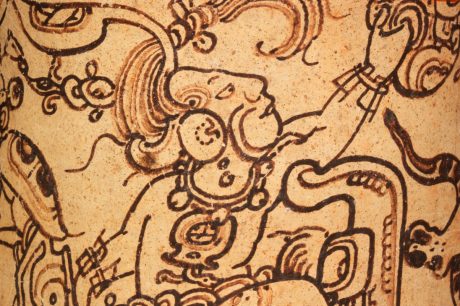 Or, to put it more concretely, we are to accept that anthropology is a practice, based in training, in which lifeways are characteristically examined by experiencing them as if simultaneously from the inside and the outside, with a will, then, to describe their regularities, analogies, exclusions, moods, risks, challenges, and so on, ultimately for bureaucratic (i.e., academic) reasons and uses. In such a view of anthropology, the discipline comes to be based not in reified reason and modernity but in presence and experience—in the capacity to live with one’s objects of attention and knowledge simultaneously as a participant and as a bearer of academic office, methods, and duties.

In this paradigm, anthropology can make claims to pursue globalized truths not just because its practices can be learned through training, but because universities and their disciplines are now, as a matter of fact, global, the world being divided into nation-states, almost all of which contain universities, and many of these train and hire ethnographers. Magic and reason have nothing to do with it.

But, of course, as Jones’s excellent study also shows, such an understanding of anthropology, as outside the magic/reason difference, whatever its (admittedly rather modest) virtues, would not mean that the discipline could fully take account of itself and its conditions of emergence. That would still require multifaceted and conceptually subtle ethnohistories of reason’s complex relation to magic, of the kind presented so well here.

This article was commissioned by Matthew Engelke. 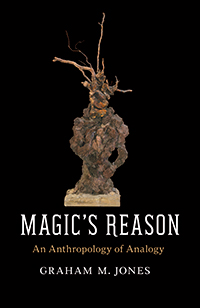 Magic’s Reason: An Anthropology of Analogy