Toward the Black Girl Future
To read Eve L. Ewing is to read Chicago. Born and raised in the city’s Logan Square neighborhood in the 1980s and 1990s, Ewing’s love for the city is palpable in ... 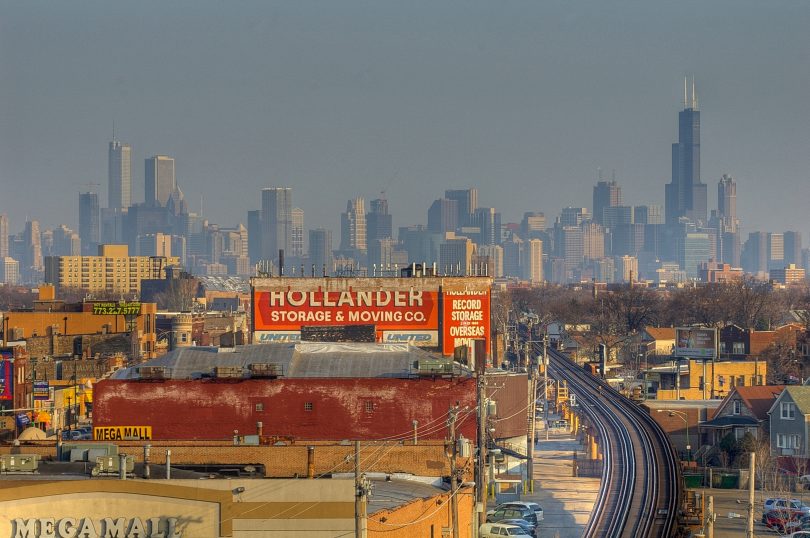 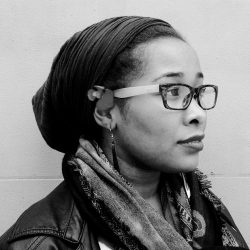 To read Eve L. Ewing is to read Chicago. Born and raised in the city’s Logan Square neighborhood in the 1980s and 1990s, Ewing’s love for the city is palpable in the book’s production and content. Her publisher, Haymarket Books, is Chicago-based, and her previous work as a teacher for Chicago Public Schools is evident throughout the collection.

The Chi, Chi-Town, the Windy City even, but never Chi-raq. It’s important to know that Chicago has historically been an oasis for Black aspirations, particularly during northern journeys during the Great Migration; it is also the place where so many of those dreams fell prey to institutions built to halt Black prosperity. Redlining, predatory lending, forced segregation, and some of the nation’s highest homicide rates are part of the city’s backdrop, past and present. So are the hopes of Black folks. Black artists have charted both Chicagos: Lorraine Hansberry in A Raisin in the Sun, Richard Wright in Native Son, Gwendolyn Brooks in poetry that registered the city’s awe and perils.

In many ways and for many artists, Chicago is a genesis and a promised land. Ewing’s Chicago burns brighter than the many fires that have leveled the city, illuminates more strongly than the spotlights wielded by a media eager to highlight Black death. Her writing maps the spirit of the city, a spirit that many argue has vanished, but that Ewing maintains is still pulsating with Black dreams and potential.

the fire city children watch with their fingers in their mouths

An ambitious first collection, Electric Arches playfully experiments with tone and format. The book is comprised of poems, lyrical essays, statements-cum-proclamations, and a scattering of visual art that hearkens to graffiti and concrete poetry. Organized into three sections—“true stories,” “oil and water,” and “letters from the flatlands”—each has its own prevailing themes and rhythms. In the second and third sections, the verses move from exaltations of youth and childhood icons to more desolate Chicago scenes, set in and out of the classroom. In poems like “Requiem for Fifth Period and the Things That Went On Then” (in “letters from the flatlands”), Ewing nods to the Grecian evocation of the muse to portray haunting scenes of students and faculty.

Tell of Nakyla Smith, breathing in sharply when the bathroom door closes,

pushing the stall open gently, silently moving to the sink,

splashing water on her face and wiping her eyes

with the sleeve of her blue oxford.

Sing of her heavy ascent to the counselor’s office,

for today is the day

Throughout the collection are several poems that quote and praise prominent Black figures—including musicians, politicians, and writers—revealing a reverence for Black narratives in the many ways they may take shape. Ewing blends references to the well-known, especially women (Zora Neale Hurston, Marilyn Mosby), with references to those known mainly to her (Nakyla Smith, Jonylah Watkins, Ms. Hightower, Mrs. Marshall). The cover illustration, by Black artist Brianna McCarthy, underscores Ewing’s devotion to Black women and Black youth. Aptly titled Garden of Lost Things, the image features a young girl with ebony skin, freckled with stars. Centered amid tall green plants with a reddened sun behind her—or perhaps a bejeweled crown atop her head—the girl is at once the “lost thing” from the title and is located, found, in this book.

The cover art hints at the Afrofuturist tenor of much of the first section, “true stories.” An aesthetic and cultural undertaking, Afrofuturism is characterized by a mining of the past—be it the trauma of slavery or the glories of precolonial Africa—to secure a glittering, liberated future for people of African descent. Commonly associated with science fiction and speculative fiction, Afrofuturist works often feature time travel, particularly in narratives of escape and of veneration that reveal how history informs the present and beyond.

Ewing explores these complex temporalities in poems like “how I arrived,” as well as in the short story “The Device,” which juxtapose science fiction and “real life.” Detailing a moment of supernatural encounter, Ewing writes:

the moon people had been listening all this time and

they knew all about Sam Cooke and Aretha Franklin and Mahalia

Jackson and Marvin Gaye and Missy Elliott, and they sang while

a Coke or a pressed kale juice, whatever was near enough to say ‘this

here is christened a new thing.’

Ewing’s preoccupation with origins, with establishing the lineage from which she descends, is clearly articulated throughout the book, especially in what she calls “true stories.” The poem “True Stories about Koko Taylor” is part history and part tall tale, all in celebration of Taylor’s life and achievements:

Koko Taylor flew from Memphis to Chicago on a jukebox.

The jukebox could grant three wishes.

Koko Taylor wished for lipstick the color she saw in a dream.

She wished to be born again, under a good sign.

She wished for a better jukebox.

These are not nostalgic invocations of history. Instead, Ewing uses these references to create a syllabus of required reading and listening, which can help us understand the present moment as preparation for what is to come.

Flight, then, becomes the necessary vehicle for traversing Ewing’s landscape. Invoked repeatedly throughout the book, flight and ascension become descendants of the Ghanaian principle of Sankofa, which means “it is not taboo to fetch what is at risk of being left behind.” Sankofa aptly characterizes Black geographic creations and movements as advancing toward the future while remaining informed by the past. Sankofa is nonlinear, often symbolized as a bird whose feet and body face forward, while its lengthy neck arches backward with an egg in its mouth: it is always guided both by the past and by the promise of future plentitude.

In similar fashion, the poems subtitled “[a re-telling]” detail scenes of racist incidents from Ewing’s own life. Each poem is written in uniform typeface that stops at the moment she’s about to tell how she responds; the retellings then appear in a handwritten script. This gesture of self-authorship is Ewing’s gift to her younger self, as well as the roster of Black youth granted their own retellings: literally and figuratively rewriting the endings to encounters that would otherwise render them voiceless. The poems activate their voices and bodies as sites of reclamation, hope, and ascension.

Here she is most skillful, linking the personal and intimate to the public and communal. In doing so, Ewing maps Sankofa within Chicago. Well-known streets such as Fullerton Avenue and her own neighborhood of origin, Logan Square, the family kitchen and the closed-down strip mall: these are formative locations on which Ewing pins childhood memories and moments of self-definition. The poem “why you cannot touch my hair” travels through a zoo, a speakeasy, and a sister’s kitchen as an affirming journey for Black beauty and autonomy. She writes, “My hair is a technology from the future and will singe your fingertips, be careful.” The things Black people are often chided or blamed for—from “ghetto” living and poverty to how we wear our hair—become qualities that Ewing highlights as beauty and power incarnate. 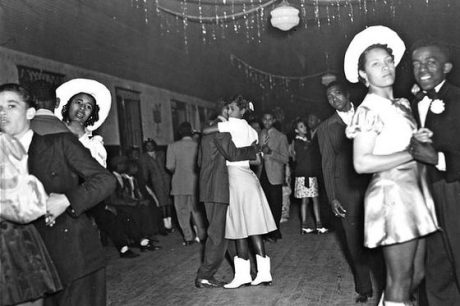 In these instances, Black female bodies become living, illuminated sites, the city’s activated centers. No longer marginal specters, the gendered and racialized youth at the heart of Electric Arches enliven a landscape shaped by their hopes and their potential. The future becomes a destination of their own making.

It’s fitting, then, that so much of the action is set in Chicago classrooms. A poet and sociologist at the University of Chicago, Ewing’s academic work explores the compound effects of racism, urban policy, and social inequality in Chicago public schools. The marriage of her academic and artistic work is a lasting one, offering not only the lyrical praises she rains on her subjects, but also a pedagogical model for how to attend to students’ and, especially Black youth’s, need for representation. Ewing points to places that shape young people—the classroom, the home, the church, the corner, and the corner store—and reveals the fine line Black youth walk between uplift and ruin. These places are both the community and a call to help keep the community afloat.

Though Electric Arches beautifully articulates past and present, at times its future’s contours remain too opaque. At moments such as the final scene in “Arrival Day,” for example, two characters’ climatic recognition that they are free is described as “the promised light, descended to us at last,” yet lacks specificity as to what the light holds. In these and other instances, Ewing seems hesitant to assert a clear vision for moving forward, preferring to further illumine a past lit with Black excellence.

Still, at its best, the writing in Electric Arches is creative, personal agency in action. In poems like “to the notebook kid,” Ewing writes with the compassion and confidence of someone who has been and still is the child whose notebook

bars till the end of time

none left in the sun—fuelless

while the last light pushes from your belly

In these moments of reclamation, Ewing plots hope and reverence onto everyday life. The book’s titular arches could be as ubiquitous as the golden McDonald’s sign, as celebratory as fireworks on the Fourth of July, or as fantastical as an otherworldly encounter.1 “I wanted a map not to know where things are but to know where I am,” Ewing writes.

For the Black girls in Electric Arches and throughout Chicago, that map does not simply chart where they were and how it was. It affirms that they are well on their way to destinations of their making, offering flights they might take to get themselves there.

This article was commissioned by Sharon Marcus and Imani Radney. 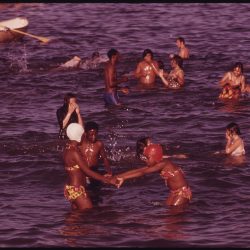 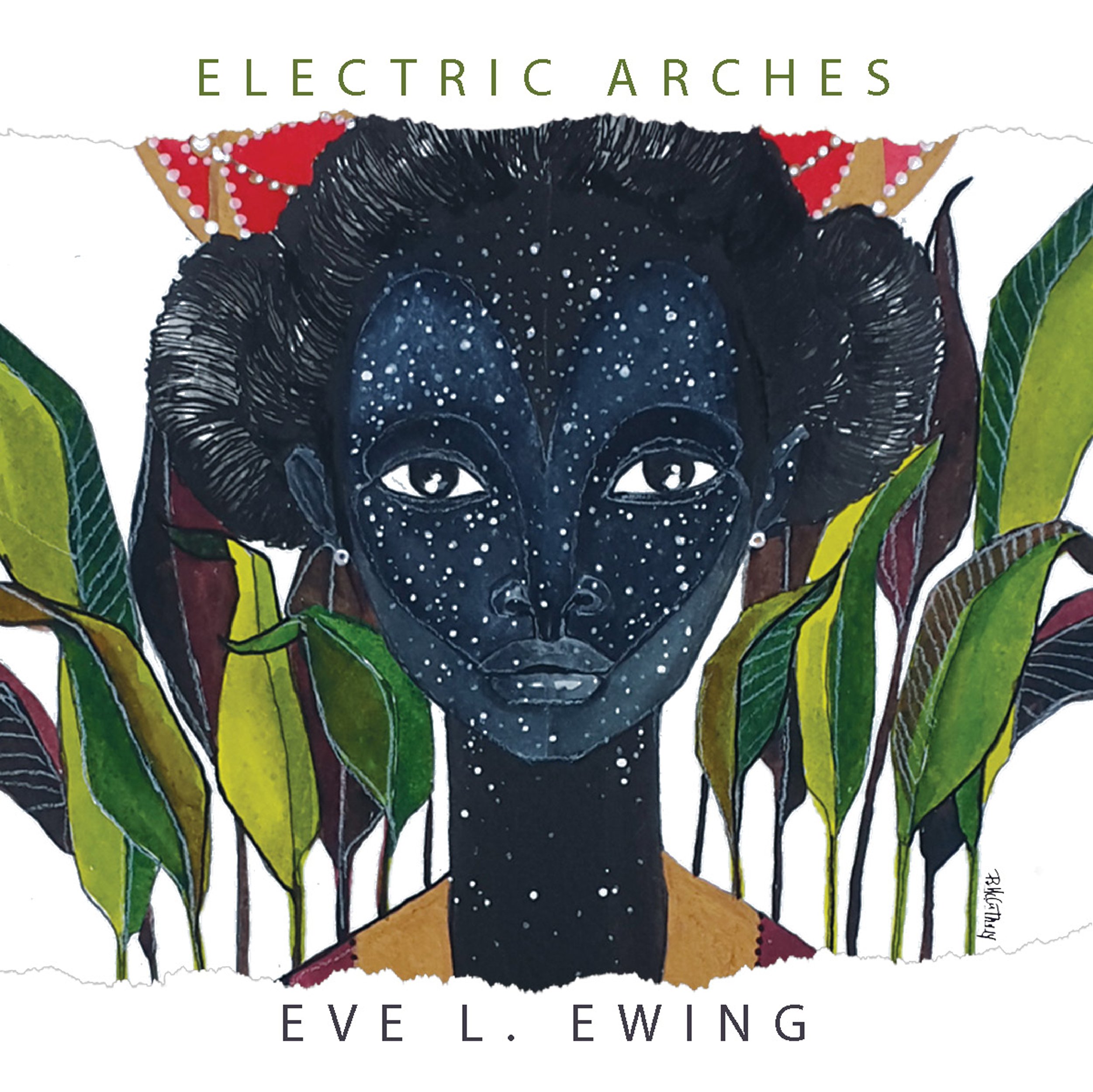