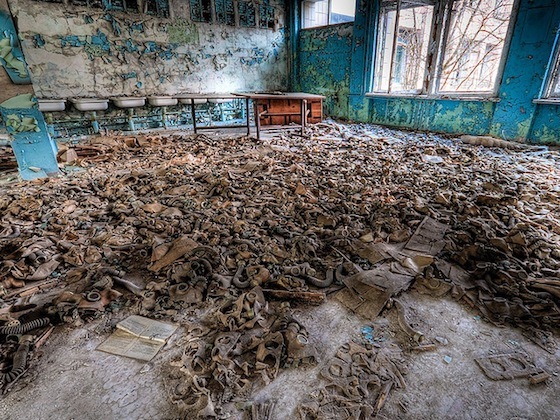 When all that is solid melts into air, the plot thickens. Darragh McKeon’s debut novel, All That Is Solid Melts into Air, and Heather Houser’s first monograph of literary criticism, Ecosickness in Contemporary U.S. Fiction: Environment and Affect, both explore efforts to go on in situations of pervasive toxicity. Indicating the saturation of a particular space by a poisonous substance, toxicity, when used as a trope, also points to a variety of situations in which the future is in jeopardy; we speak of toxic air, water, and particles, of course, but also of toxic workplaces, friendships, and assets. While we might expect the preclusion of futurity brought about by toxicity to also mark the failure of narrative, McKeon and Houser’s books present a compelling counterclaim. In the novels Houser analyses as well as in McKeon’s own novel, the creative use of literary techniques to negotiate the volatility and indeterminate scale of toxicity produces narrative as something that isn’t future-oriented or teleological, but rather attuned to a complex present.

All That Is Solid Melts into Air tracks the lives of many characters affected by the Chernobyl nuclear disaster: Yevgeni, a young piano prodigy; his aunt Alina; Alina’s sister Maria, a former journalist and dissident; Maria’s husband Grigory, an accomplished surgeon; Leibniz, an old acquaintance of Maria and also Yevgeni’s piano teacher; and Artyom, a peasant who becomes Grigory’s patient. The novel’s proportions are epic; its three sections—two set in 1986, one set a month after the 2011 nuclear failure in Fukushima—swarm with historical details. McKeon, who is Irish, only set foot in Moscow near the completion of his decade-long writing marathon. He waited even longer, until his book was in press, to visit Chernobyl. He thus relied on photographs and on witness and survivor testimonies to imagine everyday life in the wake of a nuclear catastrophe.1 What results from McKeon’s research is a novel in which historical information, instead of contributing chiefly to an obvious meta-narrative, slowly emerges through the experiences of characters.

Even more striking than the author’s meticulous research is his novel’s supremely poetic prose. In McKeon’s account of a nuclear explosion, for instance, liquids, gases, and “flaming particles of graphite and lead, great molten wads of steel,” saturate workers’ perceptual apparatuses: “Water everywhere: gushing through ventilation ducts, clambering over partition walls, racing down corridors. Steam filling the senses. A wall of steam, a chamber of steam, squirming its way into nostrils and earholes, seeping into eyes, down smoke-caked throats.” Disaster has an autonomous quality in the novel. It operates at a scale above and beyond individual action, spreading and reproducing itself like a fungal organism. Of the explosion, McKeon also writes, “Fire spread fire spread fire, skimming over bitumen and concrete, boring itself down shafts, through ceilings, engulfing stairs, engulfing air.”

Phenomena that impact bodies but operate at a scale so great they escape the reach of individual action are the focus of Heather Houser’s Ecosickness in Contemporary U.S. Fiction. Her umbrella term for the types of environmental, social, and economic toxicities she investigates is “ecosickness.” She defines this concept as “pervasive dysfunction” that “cannot be confined to a single system and links up the biomedical, environmental, social, and ethicopolitical.” Contemporary fiction, Houser contends, offers numerous instructive representations of this kind of interanimation between human bodies and an environment that exceeds them.

Houser’s core argument is that the texts that populate her corpus—AIDS memoirs, Richard Powers’s The Echo Maker, David Foster Wallace’s Infinite Jest, and Leslie Marmon Silko’s Ceremony and Almanac of the Dead, to name a few—forgo, as does McKeon’s description of a nuclear catastrophe, a popular tendency to represent human bodies as innately hermetic. Therefore, these texts “posit the interdependence of earth and soma through affect.” By “affect,” Houser means, quite broadly, body-based feelings that arise in response to various elicitors, personal or impersonal. Houser isn’t interested in affect itself—in, let’s say, the intensities and sensations prioritized in the strand of affect theory derived from the work of Gilles Deleuze and Félix Guattari—as much as in “narrative affect.” This phrase captures her proposition that affects are attached to, and actively influence, formal dimensions of texts, including metaphor, plot structure, and character relations. Narrative affects, for Houser, act as conduits through which both characters and readers attain bodily and planetary awareness.

If Houser’s project claims a kinship with so-called ecocriticism, it sidesteps this field’s frustrating tendency to accept a vaguely defined rise in consciousness as the ultimate indicator of the worth of an aesthetic work. To be sure, Houser’s impulse is in part prescriptive. In arguing that “particular tropes, metaphors, and narrative patterns can activate environmental care when empirical studies alone cannot,” she foregrounds the potential for ecosickness fiction to catalyze ethical and political projects. Her discussion of the “obligations” entailed by an awareness of such “sickness” and the “illuminating and adhesive functions” of affect fleshes out her conception of the reader as a political subject who should be prompted to action by these texts. Yet what genuinely distinguishes Houser’s endeavor is its rigorous taxonomy of the various—and sometimes paradoxical—emotional patterns that govern the generic rubric of bodily and planetary awareness. In the style of Sianne Ngai’s Ugly Feelings, which Houser often cites, each chapter concentrates on a particular affective category: discord, wonder, anxiety, and disgust.2

Although Houser argues for the social potential of disgust, neither she nor McKeon romanticizes sickness or toxicity.

Houser weaves her innovative analysis of disgust into a masterful close reading of Wallace’s Infinite Jest. She argues that the abject in Infinite Jest is an intolerable mutation of capitalist materialism characterized by distance and detachment.3 In the preexisting literature on abjection, disgust often figures as an obstacle to sociality. By contrast, Houser sees the disgust that targets the total financialization of life as making social attachment possible.4 The innovative nature of Houser’s theorization of disgust, then, lies in its insistence on the socially productive character of an affective category often relegated to the rank of negative emotion.

Although Houser argues for the social potential of disgust, neither she nor McKeon romanticizes sickness or toxicity. McKeon makes this explicit. For him, the Chernobyl catastrophe did not induce revolutionary rearticulations of sociality, but instead a general sense of confusion in the midst of the broader demise of a communist social formation, one in which “breathing together” equaled “being together,” and in which “taking air in, and pushing it out together” made people “part of the same thing, some long, straggled creature.”

The confusion McKeon stages is not only between body and environment, or between individual and social; it is also historical. All That Is Solid Melts into Air, like Marshall Berman’s book of the same name, borrows its title from a passage of Marx’s Communist Manifesto.5 For Berman, Marx’s text, according to which the melting of all that is solid represents the abolition of traditional ways of life, grasps a mode of “vital experience” labeled “modernity.”6 A “unity of disunity,” modernity reveals itself as “the desperate pace and frantic rhythm that capitalism imparts to every facet of modern life.”7 Berman observes that as it progresses, Marx’s description becomes “luminous, incandescent; brilliant images succeed and blend into one another; we are hurtled along with a reckless momentum, a breathless intensity.”8 It would be specious to present Berman’s reading of Marx as a foreshadowing of the condition McKeon describes. Modernity probably isn’t the right name for this condition; neither is capitalism. But McKeon’s prose affords the same aesthetic effect that Berman observes in Marx’s as each describes the dramatic repercussions of the absolute concentration of means of production—in the hands of the capitalists, in Marx’s case; in the hands of the state, in McKeon’s. Working with reference to two distinct moments of historical confusion, Marx and McKeon nonetheless share a narrative voice.

Toward the end of McKeon’s novel, Alina tells her nephew Yevgeni, “The past demands fidelity. … I often think it’s the only thing that truly belongs to us.” Maintaining fidelity to the past, however, proves to be an onerous endeavor. In All That Is Solid Melts into Air, dissidence and revolt come with a steep price. Questioning authority causes characters to be erased from official records—an erasure that McKeon describes, appropriately enough, as an experience of having “melted into air.” Stripped of their biographies and continuously exposed to radiation, McKeon’s characters can effectively find refuge neither in their past nor in some ideal of futurity. What remains is a collection of voices, sounds, and colors that form a narrative about an inescapable present. McKeon and Houser’s rich books convincingly claim this present as a site for experimenting with narrative, and also for rethinking the relationship between self, society, and the earth.

All That Is Solid Melts into Air