Toxic Masculine Cosmology
Cosmologists are obsessed with origin stories. We are the physicists and astronomers who take on the task of explaining why spacetime and its ... 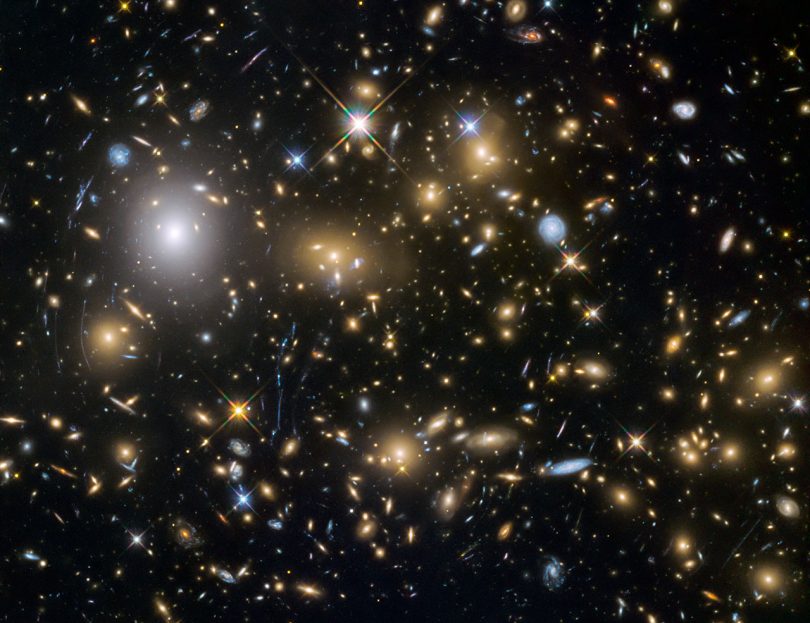 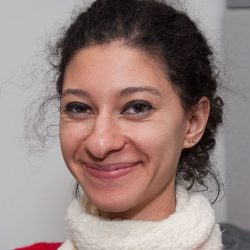 Cosmologists are obsessed with origin stories. We are the physicists and astronomers who take on the task of explaining why spacetime and its contents are the way they are. Even before science became a profession, trying to make sense of it all was arguably one of humankind’s oldest intellectual pursuits. In a capitalist economy, this impulse gets mangled in interesting and at times infuriating ways: a youthful interest in cosmology can lead someone to become an aeronautical engineer who builds drones for the military.

Professionalized science’s political context is on full display in Brian Keating’s latest contribution to the cosmological literature, Losing the Nobel Prize: A Story of Cosmology, Ambition, and the Perils of Science’s Highest Honor. This is not a book about what we know about cosmology. It is a book about what kind of people cosmologists have tended to be and how that affects what we think we know.

Losing the Nobel Prize is really four discourses in one: a personal origin story; a history of cosmology beginning around the Galilean era; a rather controversial tale about a misjudgment of cosmological data that was hugely embarrassing and upsetting for the whole community; and a critique of the Nobel Prize, in effect blaming it for the gaffe.

Those who follow popular science on social media or in the press might remember a video circulating online in March of 2014 of an elderly white man, a Stanford theoretical physicist named Andrei Linde, crying tears of joy in his doorway. One of his colleagues, Chao-Lin Kuo, had just informed him that the BICEP2 collaboration, which built and deployed a radio telescope at the South Pole, had seen evidence for the first time of gravitational wave B-modes: spacetime ripples from the inflationary era when the universe was less than a second old.1 My mentor Alan Guth first conceived of the idea of cosmic inflation in the late 1970s; Linde was one of the first people to make it work well as a model of the early universe in the years following.2

Forty years after cosmic inflation was first formulated, people flew in from around the world to be at the Harvard-Smithsonian Center for Astrophysics for the big announcement. Clem Pryke, one of the leaders of BICEP2, told me and one of my students—while she was borrowing my pen to get Pryke’s autograph—that it was one of the greatest discoveries of the last century. It’s possible I cried as I e-mailed my parents, explaining that scientists had found the most direct evidence ever for the time period when spacetime had, for a fraction of a second, expanded at a rate that was faster than the speed of light.

The problem, we were all to find out in not too long, is that it wasn’t true. What BICEP2 had found was space dust.3 To this day, gravitational wave B-modes remain elusive. Why had this colossal mistake happened? Many in the community were embarrassed and hurt. We were also concerned that such a public mistake would weaken popular support for our research, which was already under attack from a hostile Congress.

Keating is uniquely positioned to respond to the question of “why,” because, by his description, BICEP2’s predecessor, BICEP, was his idea, developed in collaboration with fellow scientist Jamie Bock. Losing the Nobel Prize recounts the mistakes that the BICEP2 leadership made by publishing their result in such a flashy way and before they could fully check their results against important data from other experiments. It also takes that leadership to task for not making Keating a leader of the BICEP2 collaboration and for not even mentioning his name at the press conference.

Peeling back the layers, we see a scientific community that is often driven more by personality than truth.

Keating believes this erasure is rooted in a feedback loop between territorial competitiveness and the promise of a Nobel Prize. In his telling, the Nobel Prize serves as a driving force behind his removal from the leadership of BICEP2, the team’s unwillingness to take seriously his objections to using flawed data for their analysis of what they hoped was a signal from the early universe, and the team failing to mention his significant contributions at the celebratory press conference that many of us now remember with a twinge of pain.

Though the Nobel Prize certainly engenders a strain of competitiveness that may merit a share of the blame here, I believe there’s a lot more to the story. As a teen, I read Dennis Overbye’s Lonely Hearts of the Cosmos, which represents cosmologists as highly ambitious, masculinist individuals, determined to stop at nothing to get the best measurement of Hubble’s Constant, an indication of how quickly the spacetime between galaxies is expanding.4 For better or for worse, I was entertained by this story of old white men being cruel to one another, naively believing that this was just how it went in “the olden days.”

Decades later, I know that the problem is that those days never ended. Keating’s book serves as an important marker of where things are in 2018. How is it that so little has changed? Although Losing the Nobel Prize purports to be about how the Nobel Prize affects doing science, it is clear that the prize and the hubbub that surround it are in fact a manifestation of the problem rather than its cause. Peeling back the layers, we see a scientific community that is often driven more by personality than truth. Tellingly, certain types of personalities come to prominence more than others.

Unlike the men who have come before him, Keating takes great care to ensure that women astronomers—such as Caroline Herschel, Henrietta Leavitt, and Vera Rubin—get their due in his retelling of the history of cosmology, an admirable effort that too many popular physics writers fail to match. This conscientious decision stands in contrast to his failure to mention women’s contributions at any stage of the BICEP2 story. I kept waiting for a woman to pop up, but she just never does. Keating doesn’t address this absence or what it might signal about the experiments he is a part of, missing an opportunity.

Keating represents the BICEP2 core membership as gender homogeneous, and acknowledging this homogeneity might have led him to an interesting analysis of how gendered dynamics in physics and astronomy impacted the events of 2014. Instead, Keating concedes the masculinist axiom that humans are fundamentally competitive to the point of cruelty. He doesn’t attend to how this belief in our fundamental competitiveness contradicts his representation of his own journey and that of the scientists before him as curious people who are driven to understand the origins of the universe.

We know from history of science that curiosity may sometimes drive scientists, but it rarely drives those who make sure scientists can get the work done. Eighteenth-century astronomy was funded because it helped make the slave trade and the global economy it fueled more efficient (and thus more brutal).5 Patriarchal colonialism lives on in scientific tradition, particularly among particle physicists and astrophysicists who live on the heavy side of what Joseph Martin calls “prestige asymmetry.”6 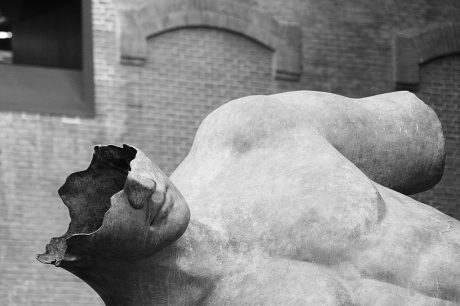 Early universe cosmology is one of the least diverse areas of physics, and Losing the Nobel Prize would have benefited from tackling this disparity and excavating its links with a phenomenon Keating importantly highlights: how fears about securing increasingly scarce funding and the job stability that comes with it encourage a kind of conservativism in young researchers. While cosmology remains a field dominated by masculinist competitiveness, it is also increasingly one of heightened career risk; it seems possible this combination exacerbates the underrepresentation of women, gender minorities, and some minority men in the ongoing story of our field.

Veering in another direction, Keating’s postmortem accepts the status quo, assuming that public funding, with its potential for democraticizing access to science, will never return. He suggests that we should turn to those he calls “modern-day Medici” to support our science. Keating himself has had real success unifying an impressively large team with an ambitious mission in his new Simons Observatory, funded by the Simons Foundation. The foundation’s benefactor, James Simons, is the founder of the Renaissance Technologies hedge fund (although he is no longer involved in its day-to-day operations). Coincidentally, Simons is a major donor to the Democrats, but until recently, RenTech, as it is known, was run by Robert Mercer, Donald Trump’s biggest donor and Breitbart’s biggest funder.7

While private donors have long played an important role in funding science, I don’t want scientists to depend on the generosity of people like Trump and Mercer, because “generosity” isn’t what comes to mind when I look at the economic policies they promote. The loss of federal money as a primary source of funding is something to worry over, not simply accept.

Losing the Nobel Prize provides an interesting snapshot of how scientists think that observational astronomy happens in an era where experiments are getting more expensive and the teams ever larger, and it should interest historians and sociologists of science. Keating’s writing is at points exuberant and lyrical, and he loves the cosmos. He’s also passionate about making cosmology accessible to a new generation, not just of members of the public, but of future practitioners.

Some of his story is heart-wrenching—I can’t imagine hurrying on to a plane in Antarctica to return to an ailing parent while someone is yelling at me from the tarmac about scientific loyalties. But I do remember that when my mother was sick and I was called home to say good-bye, “just in case,” many of the people around me were callous about it. I see Keating’s book as a critical call to action for physicists and astronomers to discuss our ways of being in community with each other and how that impacts not just the scientists but also the science.

This essay was edited by Sharon Marcus and copyedited by Stephen Twilley. 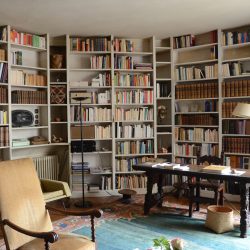 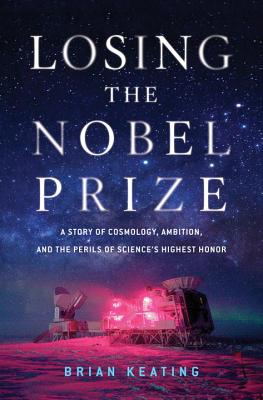 Losing the Nobel Prize: A Story of Cosmology, Ambition, and the Perils of Science’s Highest Honor