Trans Like Us
When Caitlyn Jenner came out as transgender in 2015, many commentators praised her bravery for claiming a truth that had been denied her at birth. At roughly the same moment, the story of Rachel Dolezal, the 37-year-old … 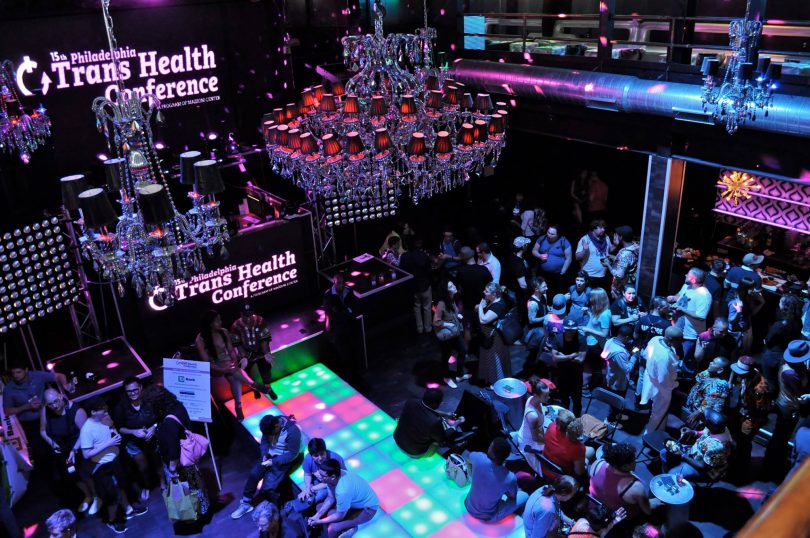 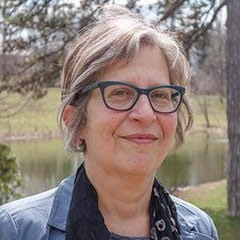 When Caitlyn Jenner came out as transgender in 2015, many commentators praised her bravery for claiming a truth that had been denied her at birth. At roughly the same moment, the story of Rachel Dolezal, the 37-year-old president of the Spokane chapter of the NAACP, who darkened her skin and disavowed her white heritage, hit the news. Dolezal was, in effect, also making a claim to being trans, of having migrated from one racial identity to another, and of having left her whiteness behind. But in contrast to Caitlyn, she was depicted as a turncoat, and as mentally unstable.

Why was Dolezal’s act of racial self-transformation viewed with suspicion, while Jenner’s gender transition widely seen in a positive light? And what do the two stories, and the contrast between them, tell us about how we define race and gender during the current period? To explore those questions, UCLA sociologist Rogers Brubaker mines the pages of intellectual magazines and political websites, and reads deeply in the contemporary social science and humanities literature on race and gender.

We are currently in a “trans moment,” writes Brubaker, yet all identities are not created equal. While we have come to acknowledge that individuals can alter the gender they were assigned at birth, there is little support for those, such as Dolezal, who claim to move from one race to another. For a white person to identify with black people is one thing, but to identify as black on a permanent basis is something quite different.

One might imagine that Dolezal’s and Jenner’s different experiences have something to do with essential differences between race and gender. Perhaps race is more fundamental than gender, and therefore less mutable and subject to choice. Yet according to Brubaker there is little to support this claim. Instead, he writes, a “fundamental tension between chosenness and givenness” shapes all identities.

Being out as transgender could soon become much more dangerous, particularly for those who embrace non-binary gender presentations.

Today’s fluidity of identities—and smashing of gender and racial binaries—began with industrial capitalism’s tendency to “melt all that is solid into air,” which unmoored traditional solidarities and led to a massive movement of populations into factories and cities. Later on, in the 1960s, as a younger generation championed self-fulfillment and self-expression, consumer capitalism furthered that unsettling of identities. Brubaker sees the contemporary rise of trans as a continuation of that long movement.

He modestly calls Trans an essay, not a monograph. But this short book packs a wallop. In our era of academic hyper-specialization, where there is an ever-present temptation to bore deeper into a subject, and where identity politics can amplify that tendency by discouraging people from writing about groups they cannot claim to be members of, this comparative analysis of race and gender by a white cisgender man offers up a much-needed, fresh perspective.

If today gender is seen as mutable while race is fixed, and “transgender is a thing” while “transracial” is not, it has little to do with any essential difference between race and gender, argues Brubaker. What is important, he writes, are the ways social actors have imbued those categories with particular meanings, and developed institutional and cultural mechanisms that allow people to alter their gender, but not their race.

The transgender movement has succeeded in consolidating the claim that gender has an “inner essence of which each individual is the sole legitimate interpreter,” transforming transgender into “a socially recognized and validated identity.” Yet there is “no institutionalized, socially recognized, legally regulated, organizationally supported, and culturally intelligible procedure for changing one’s race or ethnicity in liberal societies.”

Brubaker then goes on to articulate different versions of transgender, which he utilizes to think about race. Today the meaning of transgender is in flux, he says, and encompasses three basic identity projects: “the trans of migration,” the “trans of between,” and the “trans of beyond.” This first, “migration,” refers to those who transition from one gender to another; the second, “between,” those who (armed with a critique of binary gender) refuse to identify clearly as either male or female; the third, “beyond,” those who position themselves in ways that transcend categorization altogether.

The trans of migration is the version that is most familiar to the lay public, exemplified by spectacular gender-crossings such as Jenner’s. But, during the last 10 years or so, we have also seen the rise of formations that transcend identity binaries. Last summer, for example, while researching a book on transgender men, I took part in the Philadelphia Transgender Health Conference. This annual gathering now attracts upwards of 4,000 attendees, the vast majority of whom seem to have little interest in assimilating into familiar gender categories. Some younger people call themselves “agender” or “postgender,” as well as other labels that signify the shape-shifting character of gender identities.

Brubaker’s book aided me, perhaps more than any other single work, to develop a keener grasp of the varied identity projects I saw at that conference, and the ways many younger transgender people are moving beyond dominant conceptions of trans migration. At the same time, as I’ve found in my own interviews with trans men, lived experience often defies typologies. Many individuals who initially wish to migrate from one gender to another, when faced with the constraints of gender binaries, come to embrace instead the “trans of between,” or even “the trans of beyond.”

If today gender is seen as mutable while race is fixed, it has little to do with any essential difference between race and gender.

What does this have to do with race? A lot, it turns out. There are plenty of people who are engaging in racial mixing, who are in effect “transing” race too. As Brubaker writes, “the color line, sharp and rigidly policed in theory, was blurred and porous in practice.” But unlike transgender, these racial projects lack a unified name, are generally not considered to be aspects of a common movement, and lack organizational structures such as health conferences or celebrity icons.

Reading this book after November’s electoral earthquake, one might anticipate political shifts that could challenge some of that cultural mixing. The right has provoked anxieties about the crumbling foundations of social, moral, and cognitive order. Trump’s promise to restore national greatness and white male dominance was a rebuke to those who welcomed the melting of gender, race, and national boundaries, and could lead to a partial reversal of some of the identity projects Brubaker describes.

Being out as transgender could soon become much more dangerous, particularly for those who embrace non-binary gender presentations. A newly emboldened far right, which preaches a politics of racial purity, could also make life much more difficult for those who transgress racial boundaries. While the conservative resurgence is unlikely to stave off the unsettling of identities that Brubaker so thoughtfully analyzes, the expanding empire of choice that many of us took for granted may be far more precarious than we had previously believed. 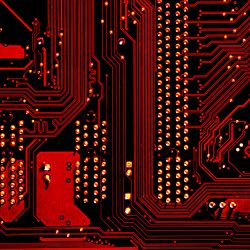 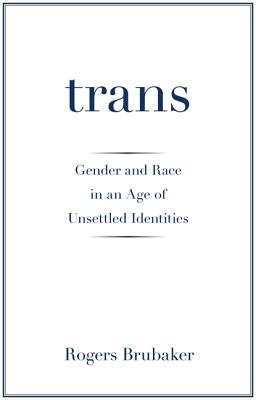 Trans: Gender and Race in an Age of Unsettled Identities