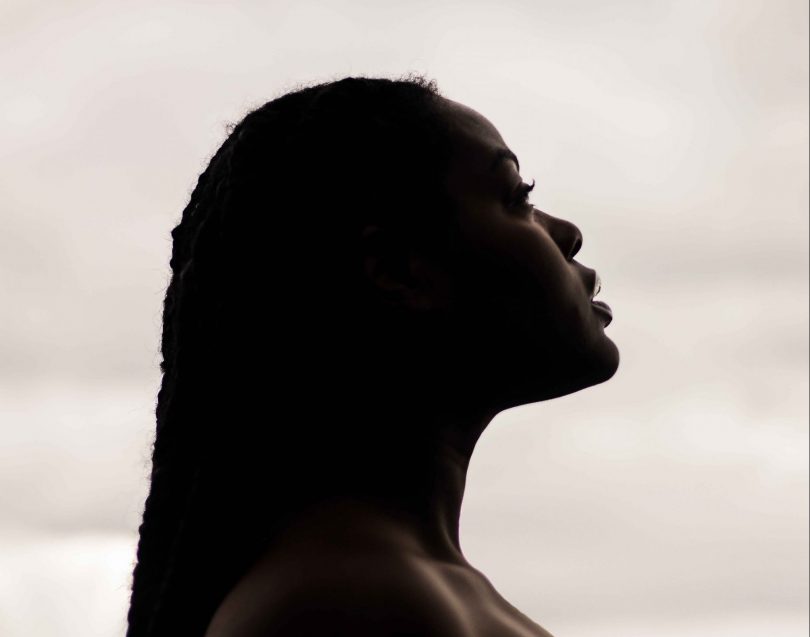 “I’ve lived in Italy my whole life,” said Tara, sitting with us in an apartment in Milan, in 2017.1 “And, yet, people call me straniera—a foreigner, a stranger. When I visit Ghana, where my parents were born, they call me akata—a Black foreigner. If I’m not from there, and I’m not from here, where do I belong?” We listened to a collective of Afro-Italian young adults speak about their experiences of existing in between Blackness and Italianness.2 Drawn together from all over Italy, these children of African immigrants, many of whom were born in Italy, grappled with their othered experiences and turned to each other’s stories. They spoke of the untenable, racist nature of Italian citizenship laws, which contributed to their hypervisibility and invisibility. They shared stories of their encounters with white Italian store clerks, teachers, neighbors, and even friends who questioned their belonging. These narratives, which resonate with aspects of our own experiences of living in Black bodies in the United States, made clear that Black existence and meaning-making, regardless of borders, is a process that is always relational. We believe that people within the African diaspora are connected by navigating and translating how they see themselves and what is claimed for them.

As two Black womxn committed to unpacking notions of Blackness across diasporas, we met in 2016, both of us independent Fulbright researchers in Italy. Candice explored how the country’s racial and political history impacts the reception and promotion of businesses owned by African-descendant womxn in northern Italy. Barbara examined the complex interplay of education, citizenship, and identity for first- and second-generation African immigrant youth. That year, we sought to understand, further, the lived experiences of being Black in Italy, and we have continued to do so through collaborative projects.

One such project is our translation of the book Future: Il domani narrato dalle voci di oggi (Future: Tomorrow narrated by the voices of today). Edited by Igiaba Scego, Future is the first anthology focused on African-descendant women’s realities in Italy. Composed of fiction and creative nonfiction stories written by 11 authors of African descent, the stories examine, and reimagine, questions about citizenship, identity, social belonging, and homemaking. Scego begins Future by invoking Émile Zola’s open letter “J’accuse,” and introduces Future as a contemporary “J’accuse” aimed at Italy, publicly denouncing power and injustice. As readers, we were impacted by how Future addresses unjust histories and imagines new possibilities for the African diaspora. By translating Future, we seek to amplify Afro-Italian stories more globally. While we are still seeking a publisher, we hope our book translation is a start to building more opportunities for English-communicating audiences to learn about Afro-Italians’ realities.

The history of Italy’s nation-making and identity has focused on demonstrating Italians’ affiliation with whiteness and othering Blackness.3 Even today, Blackness is often represented in the mainstream through caricatures and blackface. Media stories about Afro-Italians and African immigrants are often subjected to the white gaze. However, today, many Afro-Italians are claiming space for themselves with the arts and activism. Through these radical acts of storytelling like Future, Afro-Italians push to make themselves visible.

The authors of Future raise questions similar to Tara’s about belonging. Collectively, the stories grapple with the implicit and explicit violence that African descendants endure in Italy and how to build new futures.

How We Learned Italian

Our arrivals in Italy, in 2016, resulted from meandering experiences with the Italian language and culture.

For me, Candice, while at Mount Holyoke College in 2011—I enrolled in Italian-language courses with a specific political purpose. This was to understand Black immigrant communities’ political commentaries, as the number of deaths in the Mediterranean Sea continued to increase. For the first time, in 2013, I went to Italy, as a year-long study-abroad student in Bologna, to become fluent, and learn more about race and racialization. I broadened my knowledge of analyzing culture and positionality with an intersectional approach, in order to inform my research projects about the politics of entrepreneurship, Italian institutions, and living in a Black body.

For me, Barbara—I began studying Italian in my first year at Middlebury College. I was driven by a desire to relate with my cousins, who grew up outside Ghana, like me. Continents apart, we remained connected in the diaspora. They were born and resided in northern Italy, while I immigrated from Ghana to New York.

In Ghana, I was surrounded only by people who looked like me, who claimed me. Italy was the only home my cousins had ever known. Yet they were always treated like outsiders. Learning Italian was my way to relate with—and to claim—them.

A semester in Florence, in 2012, when I experienced the othering my cousins so frequently spoke about, sharpened my attention to how transnational contexts inflect the experience of Blackness. That year, my Blackness barred me from accessing things my white cohort mates took for granted—such as access to certain clubs and acquiring a residency permit. That year, I met and connected with many young people, who, like my cousins, existed between Italian and “outsider”—never quite considered Italian, because of their Blackness. Meeting them pushed me to begin questioning what Blackness means across geographies and relationships.

The seeds of this co-translation project were sown long before the book was written. After our year in Italy, we remained connected with the communities we were welcomed into in Italy. In November 2019, Pina Piccolo, founder of the Italian-English journal The Dreaming Machine, invited Candice to write a review of Future and translate a story. This led to presentations at the John D. Calandra Italian American Institute of Queen’s College, CUNY (episode of Italics TV and book presentation), and the Casa Italiana Zerilli-Marimò at NYU (book presentation), and to an interview with the blog Women in Translation. While connecting with some of the authors in New York City, we decided to pursue our first co-translation.

As we translate, we are always in communication with each other. After reading the full book, we chose to translate the stories to which we felt connected. By translating in partnership with each other, we carve space to interpret and process the words. We continue to research articles about Italy’s current events, and we stay knowledgeable of pieces written by contributing authors. Since the stories in Future are a window into the authors’ previous experiences and encounters, we are looking to understand them in today’s ever-changing climate, rather than to crystallize them. Our goal is that the final product honors the stories told, as we hope that our interpretation renders the full truth of the anthology in English.

For me, Barbara, my own identity as a Ghanaian American and my background studying Black transnationalism impacts the lens through which I read these stories and how I embarked on the translations. Engaging scholarship on Blackness has helped me better understand the conditions that create different forms of Black-Italian life. Michelle M. Wright’s work, focusing on temporal approaches to theorizing Blackness, forced me to hold present that Blackness is, at once, both a historical construct and an entropic experience, continually shifting in context. Gloria Wekker’s work, addressing the notion of white innocence, taught me to appreciate the power the archive has in revealing postcolonial states’ often-obscured histories. Trica Keaton’s scholarship on anti-Blackness and racialized identity politics in France gave me further insight into anti-Blackness in the European context. Camilla Hawthorne’s examination of the politics of Blackness and citizenship in Italy, decidedly, propelled me to consider the legalities of Afro-Italian racial formation. Ultimately, leaning on these works, as with many others, allows me to deeply consider the pluralities of those featured in Future and to honor them, while translating.

Translating Blackness across languages is about developing a praxis for the unveiling and sharing of Black life.

For me, Candice—I also use my learnings of Black European studies to understand how my privilege can shape how I translate the experience of race and racism. Research about African descendants in England, by Jacqueline Nassy Brown, and in Germany, by Tina Campt, gave me insight to explore “Afro-Italianness” and living in a Black body in Italy, and led to reckoning with my questions about entangled tensions and relations across diasporas. Campt’s notion of the “intercultural address” has helped me, an African American woman, understand that, while we know our respective racial experiences, encounters across the diaspora require translation of our differences. I value that the anthology’s stories allow their protagonists and characters to exist in their wholeness, with limited direct or indirect comparison to the United States.

Our role as translators is to make globally available literature, in which the writers grapple with and make meaning from their identities. We translate these stories and make them accessible to the global diaspora, with the hope that readers of Future can use them to understand their own experiences, and make sense of their own lives. In this way, translation is a powerful tool that helps diminish borders and allows Black experiences to come to the fore. As the authors exist across borders, from Haiti to Italy to Somalia to Amsterdam, their stories remain in conversation. This process of translation is a means by which to make their stories legible in more conversations.

Nevertheless, it is essential to acknowledge that these translations are inflected by our lived experiences, as well. Extensive research in Black and African diasporic communities has enabled me, Barbara, to discern Blackness’s capacity to exist on its defined terms and how Blackness is actively silenced and marginalized. This background guides my interpretation and translation of these stories. For example, in “We Cried a River of Laughter,” underpinning my translation of Marie Moïse’s attempt to trace her family’s history, as she unpacks the process of hurting and healing that comes with displacement, were reflections of how Black identity forms and reforms for survival.

In that vein, a version of Future translated into English by a white person, who has not the lived or research experiences that Candice and I have, might be a very different book. More than anything else, these stories represent a relational process that I, as the translator, help bring forth.

We regularly consider how collective sites of struggle, trauma, and triumph are not isolated. While there are many differences among the African diaspora, a shared experience is to have others label and attach meaning to the body based on gender and skin color. Being mindful of the privileges that we bring as translators can help render an outcome that acknowledges how living in a racialized body as Black and gendered is a relational process. While experiences vary from place to place, the reader and author can build connections by seeing parts of themselves in the stories. For us, this means honoring the authors’ narratives as they are told.

The 2017 evening in Milan did not end with vulnerable storytelling, or agreeing or disagreeing on perspectives. Afterward, we relaxed, hugged, and laughed with joy. For us, experiences of living in Black bodies are relational, and, that day, we had a glimpse into the diversity of those stories. 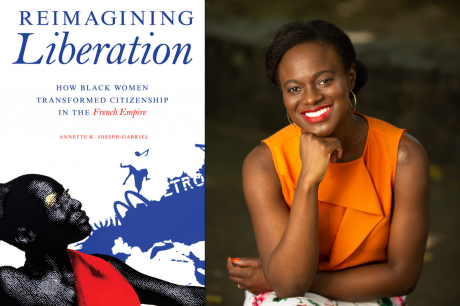 Translating Blackness across languages is about developing a praxis for the unveiling and sharing of Black life. Bridging language to give life to these stories is an act of radical self-love and resistance to the often-negative narratives and the dominant gaze(s) confronting racialized people.

We iterate, we engage with it, and we build something with it. We hope that for English-language readers, Future can be a starting point for pursuing more stories about Black people in the global diaspora. We believe that community is a verb, like translation, an action we practice daily.

This article was commissioned by Giulia Riccò and Annette Joseph-Gabriel. 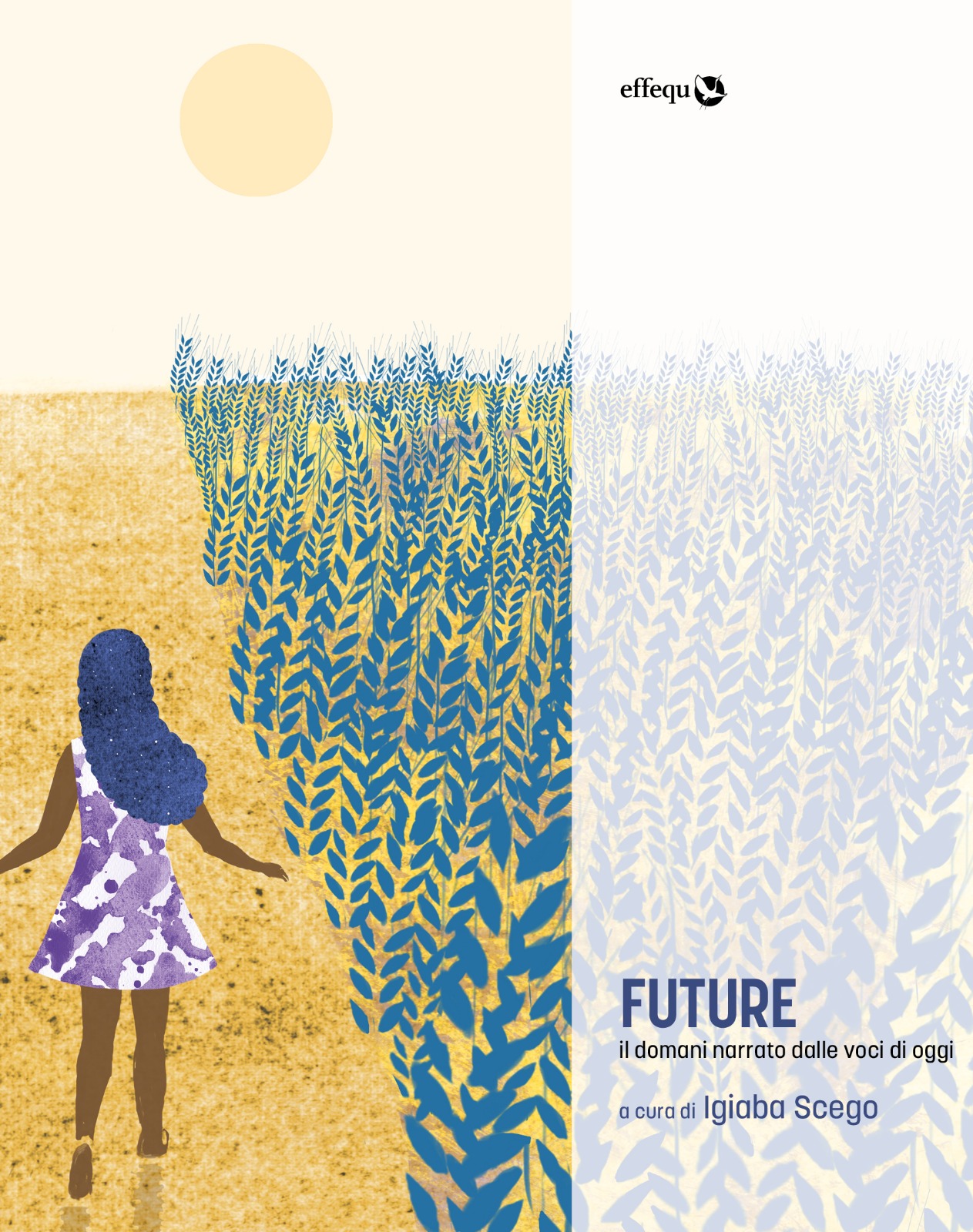