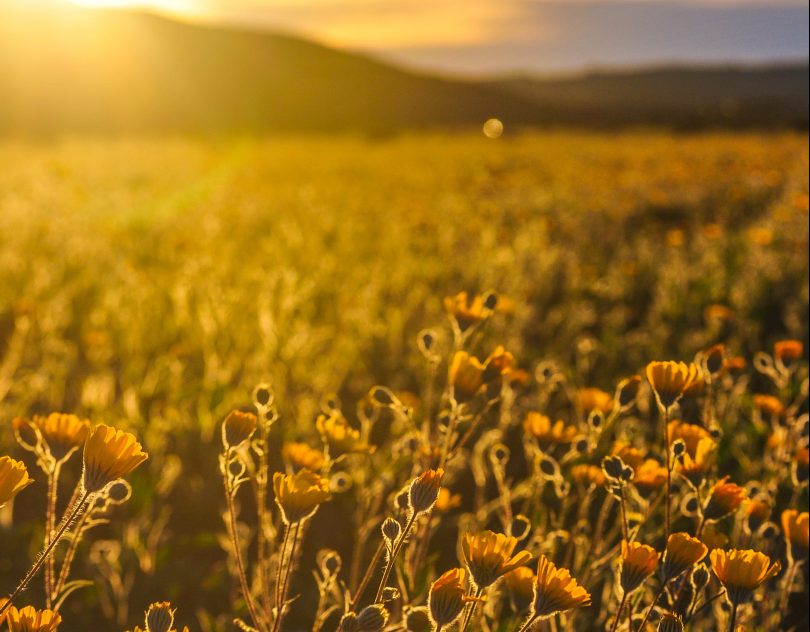 While metaphors linking translation to human reproduction abound, Karen Van Dyck’s account of writing Three Summers—her 1995 translation of Margarita Liberaki’s 1946 novel Ta psathina kapela—gives new depth to them by focusing on the larger project and complicated relationality of child-rearing, rather than child-begetting. In her translator’s note to the recently published revised edition of Three Summers, Van Dyck writes: “The themes of [Liberaki’s] novel were no less central to my life too. I was also figuring out how to be both a writer and a mother. Translation was a way of bridging these two pursuits. Like raising children, translation involved acknowledging foreignness: something that was and wasn’t one’s own, dependent and independent at once.”

The same could be said of other modes of writing, of course—that their products both are and are not the writer’s own, close and distant, intimate and unknowable. But this passage still offers beautiful insight into how translating can move, change, and teach a translator. It also offers a compelling defense, not of “foreignizing” translation per se, but of foreignness in the objects and products of translation, which is not necessarily about language, though language is its vehicle.1 The foreignness Van Dyck describes is far more granular and specific, yet also general and sweeping: while arising from the particular demands of the work at hand, it also reflects an approach to the task of translation that seeks to account for the various forms of difference a work can exhibit. It is about accepting the basic fact that a translation is not the same as its source text, nor should it be; it is about aspiring as a translator to help a work be its best self in a new language—which (like parenting) entails a mighty capacity for ingenuity, resourcefulness, learning, acceptance, and letting go.

Often described as a coming-of-age novel, Three Summers focuses most centrally on the experiences of three young characters over the course of three summers in Kifissia, a fairly affluent enclave within commuting distance of Athens: Katerina, the narrator, who is 16 at the book’s opening, and her two older sisters—the tempestuous, flirtatious Maria and the imperious, distant Infanta. Liberaki’s novel follows the three girls as they run wild through hot summers teeming with buzzing insects, pregnant livestock, bodily explorations (alone and with others), relentlessly overflowing emotions, conflicts with parents, and existential quandaries about love, sex, and the ability to carve out one’s own path in a patriarchal world of overdetermined choices.

But Three Summers is also, perhaps equally, a novel about coming to middle age, particularly as a woman. It is about the trials of mothering children who are themselves on the brink of adulthood; about living in a body that is no longer young; about the many ways in which marriages can fail; about dissatisfaction, longing, fear, resilience, and the boundless, if troubled, love that sustains familial bonds.

Katerina’s thoughts often wander to the girls’ absent “Polish grandmother,” who ran off with a musician decades ago, leaving a distraught husband and two small children behind. One of these children is the girls’ mother, herself now divorced, who must manage both a modest country estate and her three headstrong daughters, while also fending off the advances of their rich neighbor, Mr. Louzis. Her sister, Aunt Theresa, was raped by her fiancé, never married, and tries to convince Infanta not to marry either. Mother Kapatos, a poor midwife who lives nearby, manages a large family, often in the absence of her husband, who is in and out of jail. Laura Parigori, another neighbor (and later Maria’s mother-in-law), is a kind of latter-day Emma Bovary—married to a doctor but dreaming of other loves. Ruth, mother to Katerina’s love interest, David, may be the only woman of this generation whose marriage is a happy one—perhaps, in part, because she and her husband “did not always live together,” such that “the few months they spent together always had an air of adventure.”

For readers who know of Liberaki’s own divorce and close, but difficult, relationship with her only child, Margarita Karapanou—born the year Ta psathina kapela was first published, raised in part by her grandmother, as Liberaki had been before her, and later one of Greece’s most beloved and most troubled authors of the late 20th century—the array of female characters presented in the novel may feel like refractions of the author herself, imagined possibilities for how to be a woman in the world. Can one be both mother and spouse, spouse and writer, writer and mother? Does one live most fully by traveling the world, like the Polish grandmother? Or perhaps by staying put and noticing the minute changes in one’s local environment, like the tortoise slowly making its way across the family’s estate? Or, alternately, by continually imagining one’s way into other selves, as a writer does?

The novel’s structure models the last of these options most clearly. “Sometimes the seduction of other people’s lives causes me to lose the thread of my own,” Katerina confesses, “and I become Amalia and Mrs. Montelandi, as if those particular people leapt forth from the millions of people out there, standing out like bare mountains at dusk.” And indeed, the novel swings between Katerina’s first-person narration and extensive third-person passages, as Katerina imagines the experiences and inner lives of the often-inscrutable people who populate her everyday reality. At times, she worries about this tendency: her imaginative powers confuse her, leaving her torn between lives, unsure of her abilities or what future to seek. Listening to Nikitas and Petros discuss the proper way to bring truth and beauty together in writing, Katerina gives in to doubts about her own skills, though she also finds their narrow-mindedness annoying: “I was always forgetting the connection between the beginning, the main theme, and the ending. I didn’t write like they did.” And yet, she considers, “the books I read couldn’t have been written using their theories and rules.” 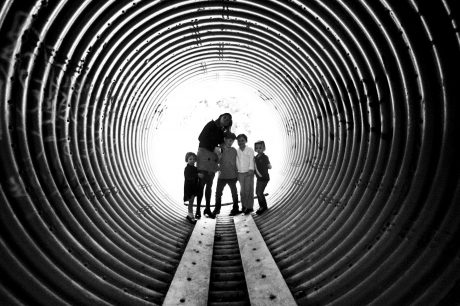 Birth of a Mother

Liberaki herself certainly wrote unlike others of her generation. When I first read Ta psathina kapela, years ago, I think I failed to notice just how experimental her writing was, how it pushed the bounds of the possible: juggling narrative voices and modes, upending expectations for a conventional narrative arc, folding scenes of teenage sex into a book published in 1946. War and civil strife were raging in Greece and Europe more broadly during the time of the novel’s composition, and while other writers explicitly engaged with that reality, Liberaki never addresses outright the violence and suffering she must have witnessed (though her intense focus on a kind of banal interiority and female sociality in an era of male-driven bloodshed and upheaval could itself be read as a political stance). But what I now see as most remarkable about the book—in large part, because of the magnifying lens Van Dyck’s translation provides—is the strangeness of its structural imagination.

The book starts in a specific, marked moment: “That summer”—ekeino to kalokairi—“we bought big straw hats.” And yet, that summer is immediately juxtaposed to moments from previous summers, including from before the sisters were born: the day Aunt Theresa was raped, Mrs. Parigori’s walks with Marios when he was a child, Ruth’s courtship with her husband, the Polish grandmother’s flight. New characters, and particularly female ones, are often introduced via a looping, third-person journey into their past, as we move from mind to mind, from decade to decade. Perhaps most surprising to English-language readers, the prose also moves frequently from past tense, to present, and back again. “Sunday was our day with Father,” we hear early on, as Katerina describes the family routines of her childhood years, “and it was always tense and melancholic”—then, later on the same page, she abruptly falls back into the present of a particular moment: “The frogs have gone mad recently,” singing a song at night that “wraps the whole garden like a night robe.” The girls lie down and count the stars, sharing their thoughts in a passage of interlaced tenses:

The frogs were already loud. The old frog hadn’t joined in yet. […]

And when I didn’t say anything:

“What? So you’re going to play Miss Self-Righteous like Infanta?”

The trees bend down to strangle me, my legs turn to lead, the moon looks fake.

In English, the combined effect of these many fluidities can be jarring; but they are also evidence of Van Dyck’s respect for the reader, whom she trusts to follow her through any brambles in the text, and even to take pleasure in the expedition. Van Dyck has, indeed, opened herself up to the foreignness of this work, and now asks us to accept its otherness, peculiarities, and particularities. As with any translation, so much about our encounter with this work is conditioned by the specific decisions Van Dyck makes: the decision, for instance, to interweave past and present tenses as freely as she does. Or the decision to follow Liberaki’s use of ellipses, which don’t strike me as odd in Greek but can verge on hokey in English. Or her decision to transliterate proper nouns and include a glossary with translations, as well as geographical, historical, and linguistic information about many of those names—“Ániksi Street,” for example, with a note in the glossary letting readers know that “Ániksi is the word for the spring season”—an elegant solution I wish I’d thought to use for some of my own translations.

For readers who are familiar with works in their languages of composition, one of the great boons of translation is that, as an act of interpretation, it shows you aspects of those works you might otherwise not notice, as an essay or classroom discussion might. Translations tend to be even more valuable, of course, to those unable to read the “original” source texts; so it is wonderful that NYRB Classics has made Three Summers available to a far wider audience than the 1995 Kedros edition, which was distributed mostly in Greece and therefore missed much of its target readership. I’m also grateful that the series routinely offers space for introductions and translators’ notes, which help shape readers’ encounters with works from distant times and places. The questions Liberaki’s novel raises are no less relevant today than in 1946, while Van Dyck’s articulation of translation as a project “that require[s] careful thinking about how two works or human beings are and are not the same” is an ethical imperative that this particular version of Three Summers helps us unpack. 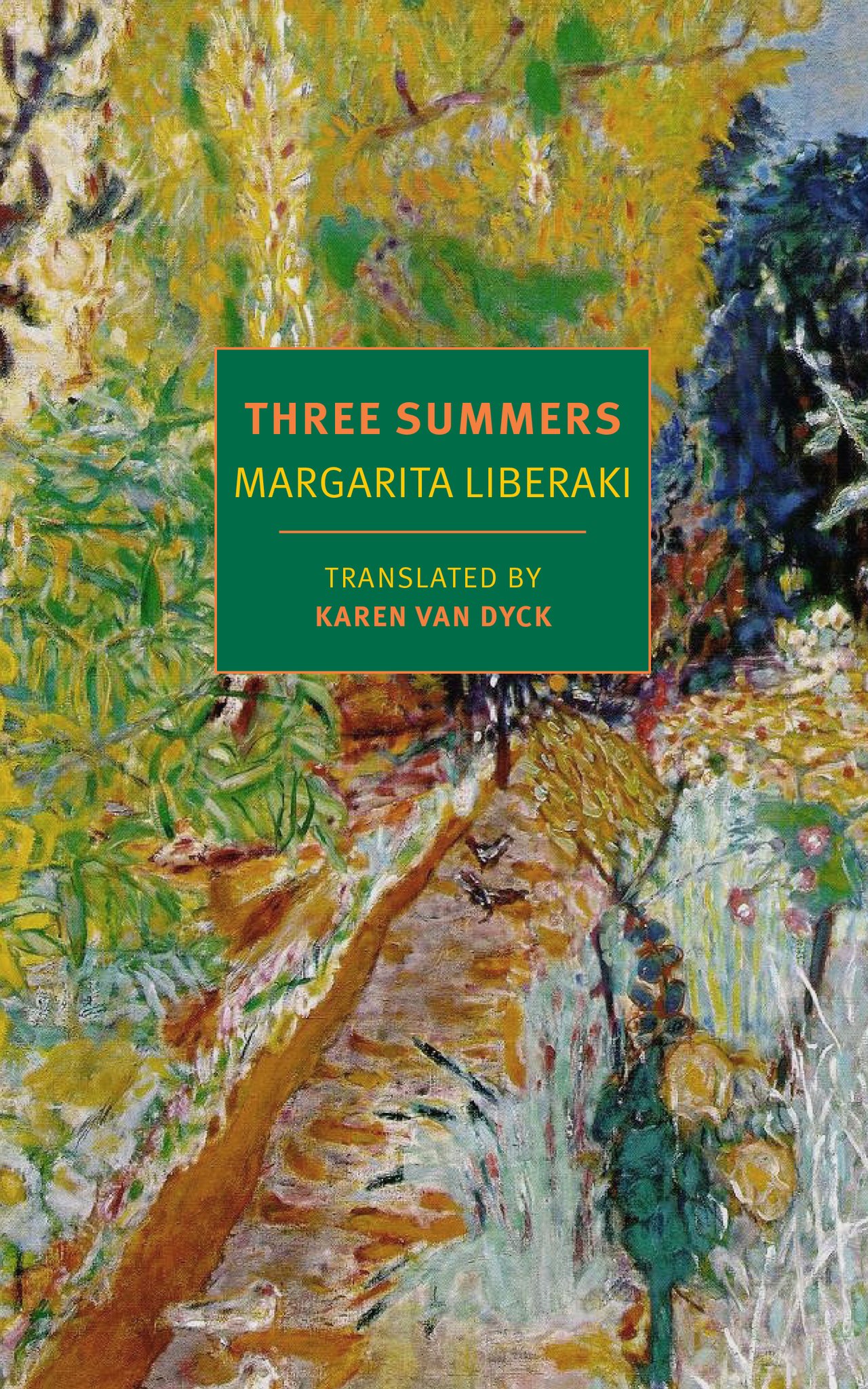