Translation: Oneself As Another
As part of our co-sponsorship of Villa Gillet’s Walls and Bridges festival, we are pleased to publish the following brief declaration of principles by the French writer and translator Frédéric Boyer ... 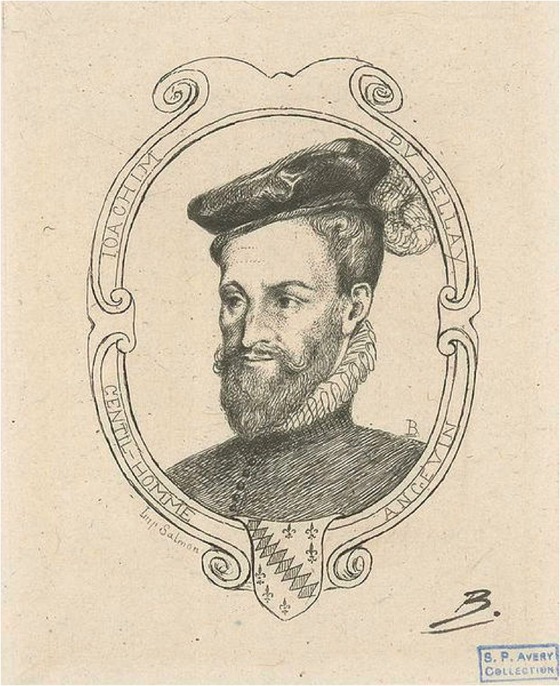 As part of our co-sponsorship of Villa Gillet’s Walls and Bridges festival, we are pleased to publish the following brief declaration of principles by the French writer and translator Frédéric Boyer. On Friday, October 18, Boyer will deliver a keynote address at the mini-conference “Found in Translation,” an event celebrating the publication of In Translation: Translators on Their Work and What It Means, edited by Esther Allen and Susan Bernofsky, and accompanying the launch of TLHUB (Translation & Literary Hub).

Any literary translation is an appropriation that produces something original. I have translated (the Bible, Shakespeare, Saint Augustine, the Song of Roland …) in order to become someone else, to grab and transform the heritage that was allegedly reserved for me. My need to translate was not primarily cultural or linguistic but rather a need for an internal rupture. Learning a mother tongue is already, in some fundamental way, an act of translation. Only after writing in my own language, or, to be exact, in the language that my parents and teachers had told me was mine, did the need for a confrontation with my linguistic heritage make itself felt. To translate is to confront the authority of a text, of its language and culture, and of previous translations that often wield the power of legal precedents.

Every culture has its ghosts, and to translate is to lure those ghosts back to life and back to our world, to make the past speak in the present. For me, translating is never simply to receive something and to pass it on or transmit it, but rather, in some vital way, to recall it, to appropriate it, to join forces with it, to become one with it for a time and to subject my writing to the test of this other horizon. Conversely, to translate is also to challenge the foreign text with my own contemporary reception of it. For me, the act of translation is a quasi-shamanistic act linking different worlds and different times.

To translate, and to translate again, is necessary in order to save ourselves, collectively and individually, from oblivion.

I am always very skeptical when I hear people talk about “the untranslatable” or “a literal translation.” The great director Antoine Vitez used to talk about the pain “of knowing that something could be left un-translated, even if we would never translate anything definitively.” We can never go back to a literal original. A text and the language in which it is written are both works in progress that can never be exactly reproduced and owe their vitality to historical circumstances, to particular encounters, and to the work of others. A translation is a kind of displacement. So, our obligation is to collide with what others thought they had transmitted to us—despite our attachment to the illusion of a sealed-off and regulated heritage. “Everything that has been written since the origins belongs to all of us,” as Vitez also used to remind us. We must translate as if the work of the past were addressed to and destined for us—in the sense that Cicero already, somewhat boldly, intended when he translated the speeches of Demosthenes and Aeschines from Greek into Latin: “nec converti ut interpres, sed ut orator”—“I did not translate as an interpreter or translator, but as an orator,” as an artisan and an intercessor.

Literary works are a space where we can exercise ourselves. We must use all our strength to avoid giving in to the temptation of thinking of translation as the production of equivalence or as transposition. Translation is emulation, in the rhetorical sense of the Latin aemulatio, that is to say, a rivalry that tries to equate, to confront, and perhaps even to surpass its object. Our task can also be understood in the context of time: to invent the contemporary forms of our language of survival. But we must remember that the classical world coupled emulation with sympathia. Translation seizes the language of others, but it is also an art of hospitality, of welcome—a double movement of appropriation and understanding. As an art of transformation, translation creates both new knowledge and a new love.

These questions are increasingly important today as we witness, more or less everywhere, a political overinvestment in the word “heritage” as the new principle for the transmission of literary works. Heritage is a melancholy and hypocritical apology for the past, which often justifies the most obvious misinterpretation of works. The works of the past may continue to speak to us, but we must also talk back to them. To translate is not to reclaim a homeland but to recognize that even our homeland will never be completely ours. In being deported to another language, we realize that we were from no particular place, from no homeland. To translate, and to translate again, is necessary in order to save ourselves, collectively and individually, from oblivion. We have been forgotten by these works and by their languages. To translate them again is to reawaken their memory and their language. It is to tell them that we, too, are here and to make sure that we hear one another. It is to force them to say: “Make yourself heard in us; wake us up; I take you in my words, in my imperfect and unfinished language.”

To translate the works of the past only makes sense if it tears us away from tradition and turns us into survivors who reinvent our world, our language. A great 16th-century French poet, Joachim du Bellay, understood the need for language to become greater by confronting ancient works and languages.1 His notion of imitating ancient texts, of appropriating their sentences as one’s own, equated translating the texts of others with translating ourselves. Such is the beautiful reciprocity of translation: I transform the original work when I transpose it into another language, but—and this is what I am interested in—I also transform the relationship I have with my own language, my work, my culture, thus amplifying my own language and cultural horizon. Translation works texts over, makes them malleable, able to pass from one culture to another. And as with all genuine hospitality, both the guest and the host are transformed by this act of receiving and welcoming.