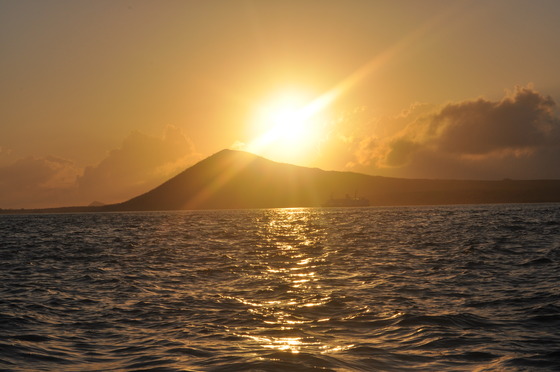 There are only two roads in Floreana, Galápagos Islands. One goes along the coast for about a half mile. The other travels six miles up to the base of one of the extinct volcanoes on the island. Neither is paved. The coast road starts at the pier, home to a statue of the late Rolf Wittmer, the first person born on Floreana, and a favorite resting place for sunning iguanas. It runs past a few houses, the school, and the fancy, empty resort, to the lobería, where a nasty sea lion bull barks Cerberus-like at anyone trying to look at the penguins or swim in the calmer waters.

The second road used to be called Camino de la Muerte, but is now simply El Camino or The Road. It travels up past the medical clinic, around another few houses to where the desert vegetation abruptly turns into lush jungle, as if someone flipped a switch. It passes unmarked farms, a sign for a resort that was never built. Finally, towards the top, where it loops and comes back down, is Asilo de la Paz. The site of the first settlements on Floreana and its only source of fresh water, the Asilo, once the tourist groups depart, is a beautiful spot to pass some time. Of course, technically, one is not supposed to be up here without a guide, but no one is there to enforce the rule.

Also at the Asilo is the tortoise corral. Conservationists and biologists have bred what they believe is the closest relative of the extinct giant Floreana tortoise, already gone when Darwin arrived in 1835 thanks to marauding sailors and introduced predators. The tortoises amble around, pensively chewing, or having noisy, tantric sex for several hours. 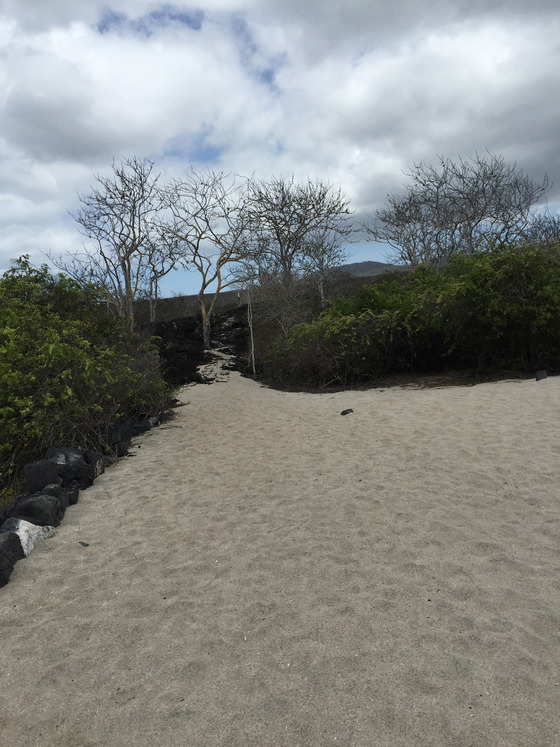 There is one other road, but no one will say where it is. It leads from the port town of Puerto Velazco Ibarra to the most famous tourist site of the Galápagos: Post Office Bay, otherwise accessible only by boat— a boat with a permit and an official guide.

You could attempt to find this mysterious road—how hard could it be to find, on an island of 67 square miles?— yet warnings abound.  You will be trespassing on protected land. Second, the small graveyard on Floreana contains the headstone of poor Saydee Reiser who got lost on a hike in 1964 and whose body wasn’t found for 15 years.

It is surprisingly hard to communicate directions in a place with so few roads. “It’s down there, past the white house, then not quite next to the house with the bike out front, but not far from it either.” It does, however, cut down on regret for the road not taken.