Tsuris, FREEDOM, and Guantanamo Bay
Wherever secrecy abrades democracy, tragicomedy builds up. It’s cultural nacre: a way of processing with less pain the absurdist bent in national security. This May, Congress used a chunk of its ... 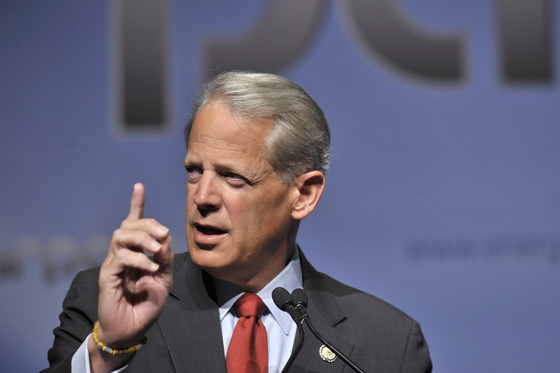 Wherever secrecy abrades democracy, tragicomedy builds up. It’s cultural nacre: a way of processing with less pain the absurdist bent in national security. This May, Congress used a chunk of its working hours to debate renewing Section 215 of the USA PATRIOT Act, a provision the Obama administration had interpreted to allow the bulk collection of telephone metadata by the National Security Agency. Before lawmakers moved to end that program, the 2nd Circuit Court of Appeals had already ruled that no such surveillance was authorized by the plain text of the law. Many in the know agreed the program didn’t, in any case, work. President Barack Obama praised the bill that killed bulk collection, the USA FREEDOM Act, while his lawyers urged the Foreign Intelligence Surveillance Court to allow continued snooping when Section 215’s faux authority briefly expired.

Brave new world, that has such casuistry in it. But laughter helps it go down a bit easier. In light of this summer’s bizarre espionage debates, Congressman Steve Israel’s recent surveillance satire, The Global War on Morris, reads as more than just a strikingly good novel. Out last January, it’s also a masterpiece of palliative care, what a body politic near sick with secrecy might crave. At turns cutting and comforting, Israel offers a memorable new vision of American counterterrorism: war of schlemiels on schlimazels.

His hero is Morris Feldstein, a pharmaceutical salesman from Long Island, an ur-nobody. Feldstein’s nemesis isn’t so much the Bush Administration as it is, from the very first sentence, tsuris (“/tso͝oris/”, Israel notes, “n.—1. Trouble or woe; aggravation”). “If every day was a winding road,” he stresses, “Morris was pretty much doing a tick under the speed limit in the right-hand lane of the longest, straightest, levelest stretch of unbroken pavement ever.” That isn’t to say Feldstein’s a saint. A bored and waffling man, he soon commits an act of adultery that his wife labels “terribly, completely, unforgivably wrong.” But apolitically wrong, right? In normal times, nobody’s business.

ISRAEL IS AT HIS BEST CHANNELING THAT PARANOID STREAK IN AMERICAN POLITICS. HE HAS A KEEN SENSE FOR BUREAUCRATIC POETRY: JOINT TASK FORCE FELDSTEIN (JTFF) IS NOT TO BE CONFUSED WITH THE JOINT TERRORISM TASK FORCE (JTTF).

But that tryst, in constellation with other petty data points, catches the attention of “the Network Centric Total Information Collection, Integration, Synthesis, Assessment, Dissemination and Deployment System,” NICK for very short. NICK is your darkest misconception of American surveillance, a machine mind devouring the content (not just, say it with me now, the metadata) of communications and records the world over. NICK sees the world through Manichean filters: “Everyone was either suspicious or a suspect, a patriot or a Democrat. America was a population of tipsters, snitches, and informants.” To the right algorithm, we’re all some fraction of a jihadist. We’re all statistically guilty.

And in the end, that’s enough to land Feldstein in Guantanamo for four years.

Israel is at his best channeling that paranoid streak in American politics. He has a keen sense for bureaucratic poetry: Joint Task Force Feldstein (JTFF), not to be confused with the Joint Terrorism Task Force (JTTF), is made up of “the DNI but not the DCI. OIC and OIA. ONSI and maybe OTFI. And all the Cabinet agencies. But not EPA.” Above all he has a handle on the bizarre theories of guilt that run amok in national security debates. Assured that Feldstein is clean, a harmless non-entity, Vice President Cheney snaps, “The Feldsteins are definitely up to something. Otherwise NICK would not be tracking them.”

There’s a quantum quality to counterterrorism—a powerful observer effect, and a many-worlds kind of uncertainty. It’s combat by counterfactual. In talking points distributed to officials after the Snowden disclosures, NSA suggested one master sound bite: “I much prefer to be here today explaining these programs than explaining another 9/11 event that we were not able to prevent.” Though to be fair to NICK’s overactive imagination, its concerns about Morris Feldstein aren’t entirely unfounded. In some of the book’s funniest passages, his wife, Rona, innocently befriends members of the Abu al-Zarqawi Martyrs of Militancy—a South Florida sleeper cell plotting to kill President Bush.

Grim business, but Israel pulls back. Yes, his novel sometimes lets black despair shine through; fantasizing in detention, Morris reaches for coffee and finds “only the cold cinder-block wall that had defined his world for the past four years. He fell asleep with a groan. In and out of sleep. Between dreams and nightmares. Between resignation and rage.” But The Global War on Morris isn’t a black comedy, and its outlook is generally gentler. Israel’s version of President Bush is cartoonishly dumb, his Vice President Cheney cartoonishly evil, which is to say that both caricatures are unthreatening. His would-be militants are diffident, warm-hearted, and oddly susceptible to the American dream: “We will meet women on Match.com and have unlimited cable television.”

Together the characters trundle toward a mostly happy ending, happy for all involved. This makes for a strange satirical-political compromise, as well as some tonal discontinuities (his jihadists, for jihadists, are curiously fair-minded about the Israeli-Palestinian conflict). It’s a bright and enjoyable novel of terrorism, internally contradictory: the plot requires a credible threat, while Israel’s mostly upbeat outlook requires that violence be kept to a minimum. Though he writes with talent, humor, and enthusiasm, the book still reads like a softened gloss on braver texts, works like Guantanamo Diary or the Senate report on torture. Then again, the counterterror debate could probably use more happy warriors; Congressman Israel wears the role well.

As an artifact, the novel should be understood as part of a broader swell of speech on intelligence, starting with the Snowden leaks and peaking with the passage of USA FREEDOM. The last two years, June to June, our national willingness to speak about spies hit an epochal maximum. In that context, Israel’s novel is less a satire of the second Bush term than it is a lawmaker’s self-portrait for the age of PRISM. It crystallizes what a House Democrat might feel compelled to say in our strange circumstances, free of the constraints of all the usual political tropes. And it captures what kind of catharsis—what kind of freedom from surveillance and Kafka—he could still imagine and implement.

Israel’s last few pages skip ahead to 2012, to the Obama Administration, and to the telephone metadata program. “NICK was all grown up,” he writes, “[and] growing all the time.” It’s too soon to say how much USA FREEDOM ends up blunting that growth, how much it can pare back the NICK philosophy of counterterrorism. It may look obvious in time that reformers struck a genuinely significant blow for privacy in May. But at the moment, at close-range, the effort reads more to me like The Global War on Morris: tragicomedy, well crafted, to anesthetize against a deeper tragic consciousness.

The Global War on Morris