Turkey’s Progressive Past
In her posthumously published memoir, written in the late 1960s, the journalist Sabiha Sertel reflected on her life in exile from Turkey, her home country. She had lived through a period of ... 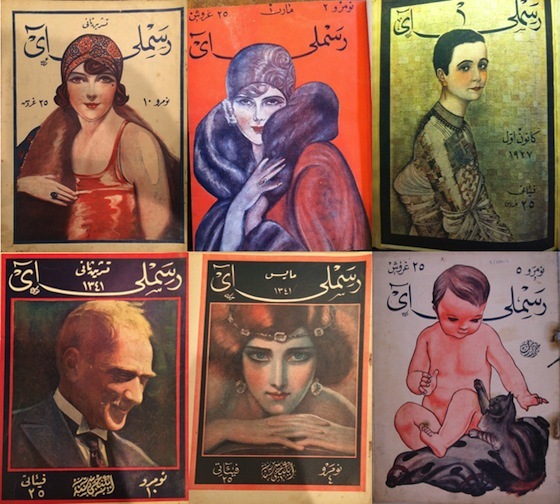 In her posthumously published memoir, written in the late 1960s, the journalist Sabiha Sertel reflected on her life in exile from Turkey, her home country. She had lived through a period of authoritarian rule led by a man whose attempt to transform the country into a Western-style democracy had forced her and others into exile, bankrupted many of her friends, and resulted in the death and impoverishment of many dissidents. Despite this often harrowing experience, and a painful battle with cancer that would end her life in 1968, she closes the memoir on a note of measured optimism:

Today, the freedoms of speech, thought, and assembly are guaranteed under the constitution. Workers can form unions; they’ve become familiar with the right to strike. Those who struggle alongside the workers can take them by the hand, becoming socially conscious, and form their own parties. The youth can stand on the front lines of the struggle for democracy in the country. Intellectuals and progressives can struggle against the compradors who ally with the American bourgeoisie, against the government that represents the bourgeoisie, and against American imperialism. Socialist movements are developing. Watching from afar, all this gives this aching heart a great relief.1

Sabiha Sertel’s story, told through her memoir, Roman Gibi (Like a novel), ended tragically, but it also represents the kind of boundless potential that most of Turkey’s progressive public intellectuals saw in the political changes associated with Mustafa Kemal Atatürk, which included a deep commitment to literacy through script change, a subjugation of religious authority to the secular state, and a general promotion of Western culture and ideas. Of course, many intellectuals were caught in the undertow of the Kemalist wave after having opposed some of its more strident cultural policies—the injunction against the fez, the closing of tekkes (Sufi organizations), or the declaration of the strictly Turkish character of the nation—and found themselves exiled, as the feminist Halide Edib Adıvar did in 1925, or facing prison sentences, as did Sabiha and her husband a few times between 1925 and the beginning of their exile in 1950. Today’s progressives in Turkey might rightly feel they are living through a similar era of authoritarian darkness in the wake of cruel attacks on journalists and academics and a deepening of ethnic tensions with the country’s Kurdish minority.2

For Sabiha and her husband, Zekeriya, who tells his own story in his memoir Hatırladıklarım (My memories), the struggle to realize some of that potential ultimately landed them on the wrong side of the state: following the destruction of their printing house in December 1945 in the course of an anti-communist riot, they were put on trial for defamation of the Turkish Republic and considerably impoverished. Despite their having spent the final 18 years of Sabiha’s life in peripatetic exile among various Soviet outposts in Eastern Europe and eventually Turkish-speaking Azerbaijan, the pair’s memoirs reflect the revolutionary nature of the interwar period in Turkey and offer a different glimpse of Atatürk’s project.

New editions of both memoirs, featuring reproductions of many never-before-seen personal documents and new forewords, and of a lengthy co-authored pamphlet detailing the Sertels’ defamation trial, were brought out by the Istanbul-based publisher Can Yayınları in December of last year, on the 70th anniversary of the riot that destroyed their printing operation. The revival comes at a time when the publication of memoirs from the interwar period is experiencing a boom in Turkey.3 The boom has largely been driven by a wide-scale reconsideration, one might say a dethroning, of Turkey’s Kemalist past in the Turkish public sphere, one that has coincided with the rise and consolidation of power of Recep Tayyıp Erdoğan’s Justice and Development Party (AKP), founded in 2001. Erdoğan arrived on the scene with a brand of moderate Islamist neoliberal politics that appealed to many in the West; in recent years, though, the regime has turned toward a more authoritarian mode of populist politics, in particular following the 2013 Gezi Park protests.

There is little question that the Sertels represented Turkey’s most prominent progressive voices in the interwar era.

What the Sertels’ stories provide in the midst of this boom are examples of lives lived in a time of political transformation, of struggles for many of the same fundamentally liberal principles that so many have demanded in the wake of Gezi and the AKP’s authoritarian turn. Critically, the Sertels espouse these principles without the chauvinistic attachment to ethnic nationalism or overbearing secularism that has been characteristic of Kemalist supporters from the beginning. Their politics and intellectual background were rooted in their experiences in the early 1920s, when they were both living in New York, where Zekeriya studied journalism at Columbia and Sabiha studied sociology at the New York School for Social Work. Their encounters in this period with progressive-era American politics were formative. They helped found the Turkish Welfare Association to assist immigrants, aided labor unions from Detroit to Boston in attracting Muslim members, and were eyewitnesses to Mother Jones’s Children’s Crusade. Returning to Turkey in 1923 armed with these experiences, they set about galvanizing a social welfare revolution in a country ravaged by over a decade of warfare.

The Sertels supported many of Atatürk’s early secularization efforts, particularly the abolition of the Caliphate, the desegregation of public space, and the script reform. They were deeply disappointed, however, by the state’s efforts to combat poverty and the diffidence of the hyper-Westernized Istanbul bourgeoisie. Their first major publication, the magazine Resimli Ay (Illustrated monthly), drew on the aesthetics of New York magazines like Vanity Fair, with splashy, glamorous illustrations of women on the cover and articles on the latest crazes in music and dance, all to appeal to the literate bourgeois public. From the beginning, though, Sabiha also ran articles detailing the woeful state of Turkey’s war orphans, the deficit of attention paid to children’s education, and the troubling rise in prostitution and human trafficking across the country. In each of these articles, she excoriated the very bourgeois public to which the magazine appealed.

The Sertels also played a critical role in building civil society organizations to address these problems, including the Children’s Protection Society, the Turkish Women’s Union, and a Dewey-inspired kindergarten meant to serve underprivileged youth. Beyond these efforts, Sabiha ran, unsuccessfully, as an independent in the 1930 municipal elections on a platform calling for greater public funding for homeless shelters and soup kitchens, and the establishment of parental leave for new parents. There is little question that the Sertels represented Turkey’s most prominent progressive voices in this era.

With the economic crash in 1929 and the devolving interwar truce across Europe in the decade that followed, politics in Turkey became increasingly polarized. The Kemalists began to wrap themselves more tightly in ethno-nationalist chauvinism; opponents of the regime took on more radical flavors of their own. The roots of contemporary Turkey’s communist, fascist, Islamist, and ultranationalist factions are all traceable to this period, when each developed in reaction to Kemalism and the rising tides of Nazism in Germany and Stalinism in the USSR. The Sertels were not exactly above these radical developments; the deepening authoritarianism of the Kemalist government, particularly after İsmet İnönü took control of the country following Atatürk’s death in 1938, drove them—and Sabiha especially—to form partnerships with the embryonic Turkish Communist Party. They also sponsored the work of many prominent Turkish leftists of the era; giants of the scene such as Nazım Hikmet, Aziz Nesin, Burhan Belge, and Sabahattin Ali all owed some of their success to the newspapers and printing house run by the Sertels. Despite their attraction to a radical coterie of activists and writers, they remained committed to the promise of democracy in Turkey.

When multiparty elections were announced in 1945, the Sertels immediately set to work with politicians they had known since the Ottoman era to form a popular, progressive, and liberal opposition party. The Sertels’ fatal mistake was to assume their relationship with the leaders of the newly formed Democrat Party was closer than it really was. Some of those leaders had often written in the pages of their daily paper, Tan (Dawn), and the paper loudly proclaimed a mutual relationship between the Sertels’ publishing outfit and the party leadership on December 1, 1945. The reaction to this news from centrist liberals, right-wing nationalists, and pious conservatives—all of whom vigorously opposed every form of leftism as a cloak for communist revolution—was vociferous. The elder statesman of Turkish liberalism, Hüseyin Cahit Yalçın, published a vicious attack on the Sertels filled with thinly veiled sexism and calling for the people to rise up and denounce their “communism.” On December 4, an angry, axe-wielding mob of several thousand bazar workers and university students wrecked the Sertels’ printing house, along with the office of another leftist newspaper and two Russian-owned bookstores.

Turkey’s most prominent literary voices of today are often criticized for the same sort of diffident elitism that the Sertels railed against in Resimli Ay, and it seems that Turkey’s liberal urban youth have been primed by the Gezi experience for a renewed commitment to social and political progressivism. The Sertels’ stories ought to be seen in conversation with the struggle against the current crisis of authoritarianism in Turkey. Many observers are already warning of a mass exodus of intellectuals in the wake of attacks on the press and academia.4 Hopefully, Turkey’s modern-day progressives can find some resolve in the Sertels’ unrelenting optimism and firm belief in their own country’s potential in the face of disturbingly similar challenges.