Uses of Uncertainty
No novel, reflects María Dolz, the narrator of Javier Marías’s The Infatuations, “would ever give houseroom to the infinite number of chances and coincidences that can occur in a single lifetime … ... 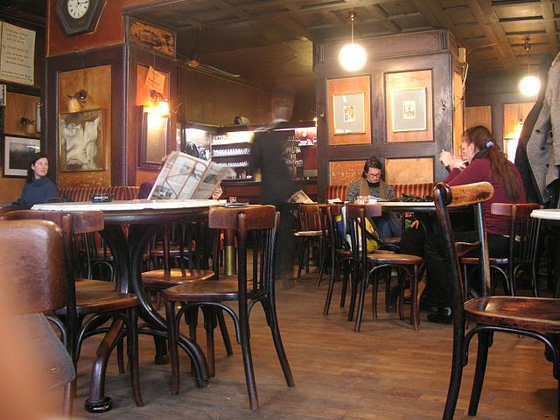 No novel, reflects María Dolz, the narrator of Javier Marías’s The Infatuations, “would ever give houseroom to the infinite number of chances and coincidences that can occur in a single lifetime … It’s quite shameful the way reality imposes no limits on itself.” The world, Marías’s latest novel reminds us, continually exceeds our attempts to account for it through narrative. And whether we find this fact disheartening or encouraging, The Infatuations exemplifies an attitude with which to face it, which is a healthy distrust of the plausible story. Marías gives us, if not houseroom for infinite coincidences, a brilliant meditation on the uncertainty that such distrust entails. His protagonists, faced with situations of life-or-death severity, make of their skepticism a resource: they become essayists in the manner of Montaigne.

The Infatuations is about the aftermath of a senseless and violent murder and the resulting loss of ordinary certainties in life. Dolz opens the novel with news of the death of Miguel Desvern or Deverne (she alternates uncertainly between the names), a man whom she barely knew but who had formed part of her daily routine. She only finds out his name from the newspaper report of his death. Each morning before work, she had seen him and his wife at breakfast at a café, very much in love. The “sight of them together … calmed and contented me before my working day began,” Dolz explains, “as if they provided me with a vision of an orderly, or if you prefer, harmonious world.” Deverne’s apparently unmotivated murder by a homeless man puts an end to a world about which Dolz knew very little but whose abrupt curtailment she experiences as a kind of paradise lost.

With the murder and the rupture of this happy pair Dolz loses a feature of her own life that was reassuring both in the apparent certainty of its recurrence and its lack of demand on her to know anything specific about it. Comfort in modern life, The Infatuations suggests, relies on such thoughtless certainties, on what precisely we don’t need to know about people in order for them to behave in predictable ways (the great sociologist Georg Simmel called this “confidence under complex conditions”). When such certainties are lost, we are apt to become questioners, philosophers—even murder investigators. For Dolz this transformation comes unwillingly: “I lack the detective instinct, it’s just not me.” Her aloofness attracts others and she briefly becomes the confidante of Deverne’s widow, Luisa Alday, and, less briefly, the lover of the dead man’s best friend, Javier Díaz-Varela. Deverne’s murder turns out to be more complicated than first thought, and much of the novel consists of extended dialogues between Dolz and Díaz-Varela on the motivations behind and consequences of this death, and on the relationship between life and fiction (it’s no coincidence that the characters’ first names, compounded, nearly produce the name of their author). The dialogues report on speculation and sometimes are speculation: Dolz, for example, often imagines Díaz-Varela’s thought processes and composes accounts of his former encounters, including those he had with his murdered friend. The layers of prose, each rich and gripping in its own right, are skillfully framed.

There’s a moment in these dialogues when Dolz recounts the nostalgia of Díaz-Varela for the lost decency of hired assassins. Between hit men now, he laments,

There’s no sense of camaraderie, no sense of belonging: if one of them gets caught, tough, let him sort himself out, it was his fault for getting nabbed. He’s expendable, and the organizations accept no responsibility, they’ve taken the necessary measures so that they don’t get tarnished or tainted … And so those who are arrested respond in kind. Nowadays, all anyone cares about is saving his own skin or getting his sentence reduced.

Though it comes in a serious context (an attempt to account for an unaccountable murder), it’s a wry plaint. And not only because the subject matter of organized murder undermines the clichés at hand for lamenting social decay—the disintegration of corporate bonds, the triumph of selfish individualism—but also because it neatly conveys a preoccupation of the novel. To say that hit men aren’t what they used to be is to suggest that the world may be a fallen one—but then it always was. We are never, in fact, falling from former certainties, even when we think we are, because things have never been certain.

And so The Infatuations, whatever else it is, is a novel about the uses to be made of uncertainty. Provoked by the uncertainty surrounding Deverne’s death, Dolz becomes neither a nihilist nor a dogmatist, but adopts the style of an essayist, a speculator on the human condition. It’s a style that avoids certainties and recognizes that life is more complex than any plot. “The truth is never clear,” Dolz comments, “it’s always a tangled mess. Even when you get to the bottom of it. But in real life almost no one needs to find the truth or devote himself to investigating anything, that only happens in puerile novels.” Statements like these are not usually found in murder mysteries: The Infatuations aims to broaden our palates by weaning us from a diet that caters to our craving for certainty.

The essayist’s style avoids certainties and recognizes that life is more complex than any plot.

In place of certainty, we are offered the resources of fiction. The novel suggests that fictions “have the ability to show us what we don’t know and what doesn’t happen,” and this what is like other people’s lives, which we also don’t know, and which don’t happen to us. We can only know other people’s lives in the way we know fictions, and this raises the stakes of fiction. What happens in a fiction matters less, insists Díaz-Varela, than “the possibilities and ideas that the novel’s imaginary plot communicates to us and infuses us with.”

The novel’s many literary allusions reinforce its preoccupation with the relationship between fiction and life. For instance, Dolz disagrees with Díaz-Varela’s use of the “possibilities and ideas … communicate[d]” by a Balzac novella, Le Colonel Chabert. Díaz-Varela had quoted a catalog of crimes that a character in the novel, the lawyer Derville, offers as evidence of human depravity. In particular, Derville claims he had “seen women administer lethal drops [gouttes] to a legitimate child born of the marriage bed in order to bring about its death and thus benefit a love-child.” But María objects to Díaz-Varela’s translation of the word “gouttes,” and thus to his use of the story. For her, “‘tastes’ (or perhaps ‘inclinations’)” should be substituted for “drops.” She speculates about what to make of this substitution:

The meaning still wasn’t very clear even in that interpretation, nor was it easy to imagine what exactly Derville meant. To give or instil in a child tastes or inclinations that would bring about his death? Drink or opium or gambling or a tendency to criminal behaviour perhaps? A taste for luxury that he would be unable to give up and that would lead him to commit crimes in order to satisfy that taste? A morbid lust that would expose him to diseases or propel him into rape? A character so weak and fearful that the slightest setback would drive him to suicide? It was obscure and almost enigmatic.

This version, Dolz reflects, might point to an even more perverse and sustained crime than outright murder: more horrifying because more plausible, and because a mother might easily claim she never intended to commit it. A well-meaning mother could raise a monster out of good intentions and excessive compliance.

This quibble about a single word hints at The Infatuations’ picture of human relations, at “the possibilities and ideas” that this novel “communicates to us.” Instead of the direct, intended actions of one person upon another, Marías offers something more “obscure and almost enigmatic.” People indirectly bring others to ruin all the time; equally indirectly, they enliven and restore them. But how are we to tell when and how this happens? And yet it is a difference that makes all the difference. The Infatuations is such a brilliantly disturbing novel because it raises doubts about whether any narrative can explain anything fully enough; and it implicitly enjoins on us closer attention to the high stakes of our everyday uncertainties.