Wading Through the Swamp: Nairobi, Kenya
Above the low traffic hum on Woodvale Grove, the main street running through Nairobi’s affluent neighborhood of Westlands, a woman in braided hair … 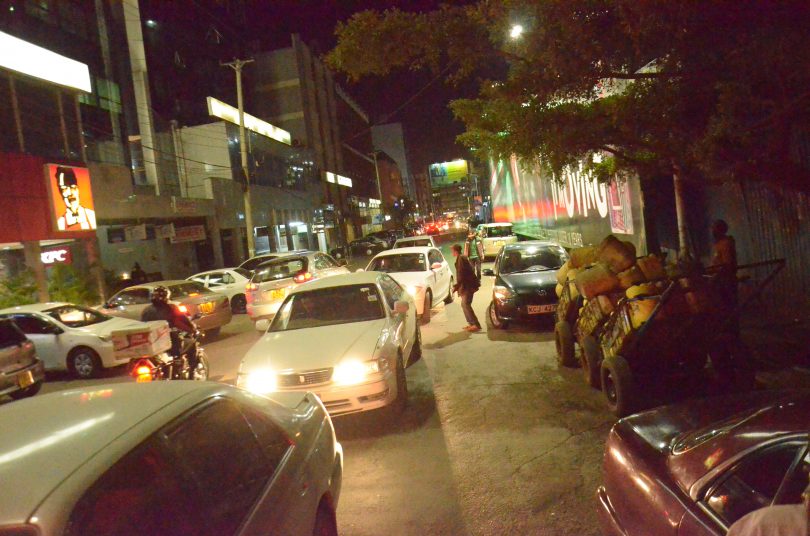 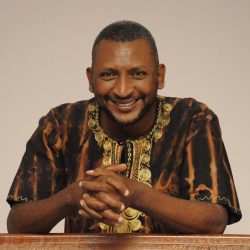 That’s lunch for a song, for sure; meters away from the shack, the attendant guiding sleek vehicles into Sankara Hotel, one of Nairobi’s posh landmarks, will expect double that amount per tip.

This façade of accommodation, where the well-heeled sit side by side with the hoi polloi, is one of the hallmarks of contemporary Nairobi. It wasn’t always that way; in colonial days, the dividing line was cast in stone. Woodvale Grove—only a half-kilometer stretch of street—is hemmed in between Parklands Road and Mpaka Road, the latter being Swahili for “border” as it was the official boundary between Indian and white settlements.

The pubs remain invisible—until the sun has set and the neon lights flicker on—and then all of Woodvale Grove turns into a jamboree.

Woodvale Grove offers a thick slice of Nairobi’s history; its vistas show how the city’s colonial past keeps being reconstructed. Established as a camp in the swamp to provide fresh supplies for railway workers at the turn of the last century, Nairobi still supplies water in hand-drawn carts because taps remain dry most of the year. And in place of a reliable power supply, private gasoline-fired generators purr energetically in different corners of the street.

A city without running water and electricity calls for resilience and creativity. On the opposite side of Woodvale, in the tangle of concrete and steel where the Westlands Market should be standing (construction has been ongoing for years), a few men sell their wares: a basketful of ripe mangoes, pairs of second-hand shoes. A third man wears stacks of colorful tweed jackets slung over his shoulders, a literal moving shop. The last two items have colonial echoes; what has been discarded in Europe gains a fresh lease on life here.

Today, class has replaced race as the dividing line, albeit a blurred one. And global capital is somewhat welded to the local: past the tin shack with the singing, braided woman are kiosks vending a local stimulant, miraa. When the European Union banned miraa exports, fresher and better quality miraa became suddenly cheaper in those kiosks.

Next to the kiosks, Colonel Sanders smiles at the entrance of the latest Kentucky Fried Chicken outlet. The potatoes are reportedly imported from Egypt, perhaps frozen on the high seas for weeks, before regaining life on the plates where Kenya’s middle class lunch with pride.

Remarkably, local eateries that serve organic vegetables and free-range chicken, all locally sourced and at a fraction of the KFC prices, can be found in a squat, nameless, orange building, only meters away. But local food might not appeal to a group flattering itself that it thinks globally—yet whose knowledge of the world excludes the fact that KFC primarily serves America’s working class, while organic foods are a preserve of the upwardly mobile. 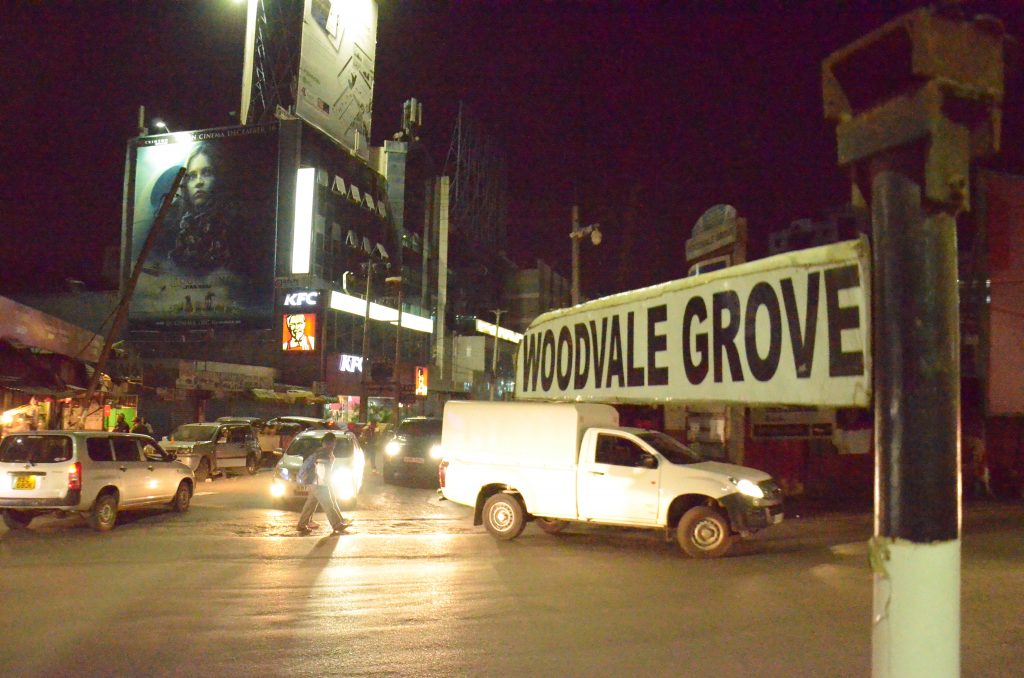 It is not a stretch to bring a global critique to these local tables, given that we’re on Woodvale Grove. Decolonizing the Mind, the famous postcolonial treatise from Kenya’s renowned author Ngugi wa Thiong’o, was developed on this street—in an anonymous, four-floor building named Brick Court.

Perhaps this is Westlands’s best-kept secret. For decades, Brick Court hosted one of the nation’s oldest publishing firms, the East African Educational Publishers. EAEP was the first indigenous entity to buy out a multinational, Heinemann Books International, and it remains the local publisher of Africa’s venerated writer.

However, the publisher has since moved out, a manager at EAEP moaned, “because of the pubs.”

The pubs remain invisible—until the sun has set and the neon lights flicker on—and then all of Woodvale Grove turns into a jamboree. On the pavements, fruit-selling hawkers are replaced by streetwalkers selling different kinds of fruit, some forbidden; the second-hand shoes display is replaced by sausage and mshikaki barbeques; parked vehicles wink their tail lights to reveal there is action inside.

The tin shack is closed and the braided woman is gone. Her sing-song, after all, can’t compete with the blasting disco music; the hordes that she fed during the day will be harboring different hungers at this time of the night.

The binary of light and darkness sums up the colonial enterprise—the fabled enlightenment that the Brits sought to bring to a dark continent. But Woodvale Grove seems to thrive on both, day and night.