Walking with the Unconsoled
What can we expect imaginative writing to do in the face of unalleviated grief? If one of fiction’s strengths remains its expression of irreducibly singular minds, what role then might it play in ... 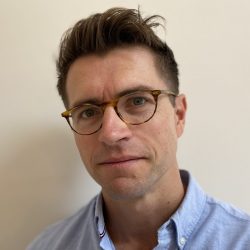 What can we expect imaginative writing to do in the face of unalleviated grief? If one of fiction’s strengths remains its expression of irreducibly singular minds, what role then might it play in unbinding the grieving individual from self-isolation? In the slender and unclassifiable narrative Falling Out of Time, David Grossman tackles these entwined questions by connecting one man’s parental bereavement to the sorrows shared by a whole community.

Like a fable, the when and the where of Falling Out of Time are indefinable; but its pursuit of loss has a more discernible backstory that links the genesis of this oblique text to its more politically explicit predecessor. Just over a decade ago, Grossman began a novel that marked, to him, a direct turn toward conflict in its most immediate, urgent sense. Grossman’s eldest son, Yonatan, was already serving in the military; his second son, Uri, was also preparing to enlist. During this time, Grossman recalls, “I could no longer remain where I was.”1 And so after years of writing fiction that deliberately avoided “disaster zones” and “the reality of the latest news bulletin,” he resolved to deal directly with “how the cruelty of the external situation invades the delicate, intimate fabric of one family, ultimately tearing it to shreds.”2

Most of that epic novel, To the End of the Land—which chronicles an Israeli mother, Ora, as she hikes through Galilee in defiant refusal to wait at home for the worst news ahead of the release of her son, Ofer, from service—was complete in draft when, in the closing moments of the Second Lebanon War, Uri was killed in a rocket strike on his tank. Just as Ora in her “continuous resolve” believes that she “has to keep moving, has to be constantly in motion” to safeguard Ofer,3 so “at the time,” recalls Grossman, “I had the feeling—or rather, a wish—that the book I was writing would protect him [Uri].”4 The shocking parallel between the events of that novel and Grossman’s personal tragedy made the book all the more horrifically iconic: “What changed, above all,” he notes, “was the echo of the reality in which the final draft was written.”5

What can imaginative writing do in the face of unalleviated grief?

In the years since, Grossman could understandably have submitted to the “paralyzing effect” he associated in his 2007 “Arthur Miller Freedom to Write Lecture” with the all-consuming “power of memory.”6 But in that lecture he set out a number of reasons why making fiction, the very “act of writing” itself, continued to enable him not to succumb or be “fossilized” by life-altering events.7 Confronting “what cannot be restored,” as he put it, “what has not comfort,” Grossman found a kind of asylum in composition, where “the correct and accurate use of words acts like a medicine,” a shield from the distortions of pervasive newspeak.8 He likens inventing lives through language to the work of “digging people out of the ice in which reality has encased them.” Speaking a year after Uri’s death, Grossman turned the analogy around, admitting that “the person I am digging out at the moment is myself.”9

It would be tempting, then, for us to admire and be moved by Falling Out of Time as the brave product of all his excavations. But this new work cannot be reduced to Grossman’s ordeal alone. Instead we tack between testaments of a seemingly disparate ensemble: a mender of fishing nets, a midwife, a centaur, all of whom have been “blighted,” as the woman net-mender describes it, “by the frost / of randomness,” by what Grossman himself calls “the cruellest arbitrariness” of loss.10 These characters bear witness to their absent children, their accounts of mourning punctuated by a “Town Chronicler,” whose voiceover—initially somewhat removed, much like a Greek chorus—is increasingly implicated in the lives of quotidian distress he records. Before we meet this varied cast, however, the action of this play-cum-narrative-poem begins with one man’s determined resolve:

—To the place where it happened?

—What do you mean, there?

—Just to see him once more.

—But what could you see now? What is left to see?

—I might be able to see him there. Maybe even talk to him?

This opening episode gives a slice of the spare yet poised rhetoric of address that influences the register and typography of what ensues, as the unnamed man struggles to enunciate to his wife his sudden compulsion to begin slowly orbiting at first their house, then in expanding circles. The “walking man,” as we come to know him, is eventually joined by a throng of neighbors who recognize that “a small luminance of sorts encircles the town.” Bereaved parents all, their voices produce alternating elegies as they eventually begin to move in step with the man’s circuit, initiating a journey of memorialization that encompasses the entire town. In contrapuntal testimonies to the pain of outliving their children, they lament “things that grow / old, that renew, / that change,” because those who are missed have “fallen / out of time.”

If the characters’ memories carry an incapacitating weight—just as they have silenced the mute couple whom we encounter at the opening—then they also “gradually fade,” thus compounding and repeating the original loss. Conceding the extent to which his son’s “vocabulary,” for instance, “diminishes as / the years go by,” the perambulating man wonders, “are you purposely / robbing me / of solace?” The scenario poses in condensed form a more fundamental and perhaps controversial hypothesis about what literature can offer as a medium that draws those with “a longing,” in Grossman’s terms, “to find refuge and meaning.”11 To the walkers of Falling Out of Time who in grief have “learned / to live / the inverse / of life,” the solace provided by a collective means of articulating the dead’s separation from the trauma of their deaths is not without its compromises. As the centaur reflects at the close, “still it breaks my heart, / my son, / to think / that I have⁠— / that one could— / that I have found / the words.” But despite these misgivings, even he accepts that “at least / language / remains, at least / it is still / somewhat free, / unravelled.” Grossman suggests that while articulacy itself makes the living feel ashamed, encumbered with presumption that one can describe what is irrevocable, at the same time writing has “the power to give words to the mute and to bring about tikkun—‘repair.’”12

That fiction might not simply evoke but actively perform such repair has not always been readily or at least sympathetically accepted. Paul Ricoeur acknowledged as much, raising something of a devil’s advocate query: “Do not the narratives provided by literature serve to soften the sting of anguish in the face of the unknown, of nothingness, by giving it in imagination the shape of this or that death, exemplary in one way or another?” He warns that “to entertain the notion of ‘consolation’ in this regard, one must not cry self-delusion too hastily,” and further points out that “as a form of counterdesolation, consolation can be a lucid manner—just as lucid as Aristotelian catharsis—of mourning for oneself.”13 Yet the added problem, as Grossman dramatizes it, is that often “mourning condemns / the living / to the grimmest solitude.”

Without diminishing that isolation, Falling Out of Time provides a more communal kind of “counterdesolation,” one that’s not just thematic but also stylistic, raising the issue of whether the lyricism of those gathered voices compensates in some cumulative degree for what they mourn. At the same time, of course, lyrical writing always runs the risk of either amplifying or aestheticizing the loss its tenor tries to ease. Grossman’s consciousness of this risk seems apparent from his work’s periodically terse and purposefully unembellished sequences of stichomythia, where characters pronounce alternating lines of narrative splintered into verse. Through his characters’ common will “to separate / memory from the pain,” to circle together the “threshold” of solace without indulging delusions of recovery, to approach that “one last line shared both by here / and there, the line to which … the living may draw near,” without imagining it as anything less than absolute, Grossman at once resists the desolation of solitary grief and insists that even the most enigmatically elegant writing ought never to assuage completely what can’t be restored.

Falling Out of Time