We Are All King Lear’s Children
Which is Shakespeare’s timeliest play—the one that best mirrors our present moment? This is a perennial question, and perhaps a silly one, but we might begin an answer ... 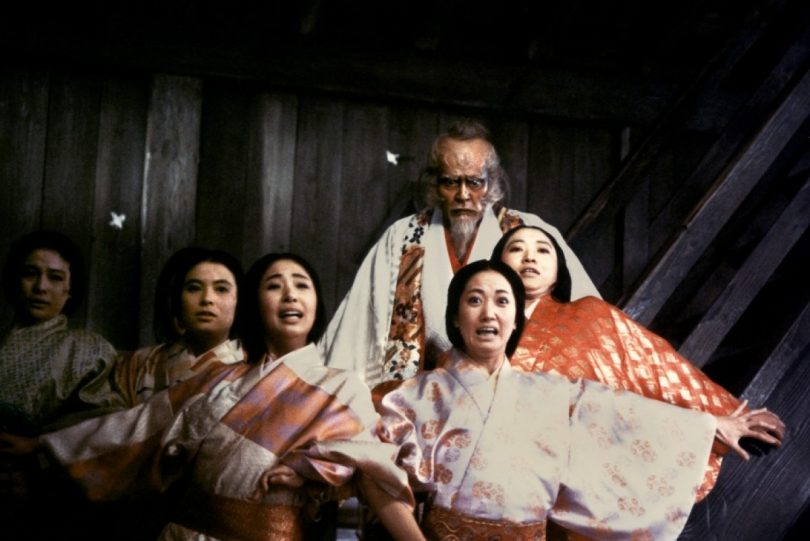 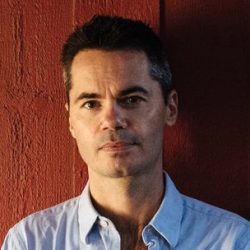 Which is Shakespeare’s timeliest play—the one that best mirrors our present moment? This is a perennial question, and perhaps a silly one, but we might begin an answer by observing that there have been several recent updates of King Lear. This past summer there was Succession, on HBO, with Brian Cox growling as a Rupert Murdoch Lear. On the BBC, in May, there was Anthony Hopkins, also growling, as a military dictator Lear. Any updating of a literary work makes an implicit argument: that the original has in it something contemporary, suited to modern dress. So what makes this old play, about a declining tyrant and his psychopathic family presiding over a divided country, worth revisiting now?

There is an obvious answer to this, but Preti Taneja’s debut novel offers a more complex one. We That Are Young opens in a plane taking off from London, heading for Delhi. On board is Jivan, the illegitimate son of an Indian businessman, Ranjit, who is right-hand man to a great tycoon, Devraj Bapuji, who has three daughters and is considering retirement—and Jivan has been summoned home. Aboard the plane, the in-flight entertainment is Slumdog Millionaire. The movie was an English pastiche of Indian culture, with dance numbers and funny accents, and the opening scene of We That Are Young, with a slightly coy smile, sets up the novel as something like its opposite.

These characters, of course, are all drawn from King Lear. A stewardess offers Jivan a drink. “Nothing,” he replies, echoing Cordelia’s famous reply in the play to her father’s demand that she quantify her love for him. This is all very knowing. Here, the novel announces, is a work in the tradition of postcolonial rewritings of canonical literature. Here is a work in which the old hierarchy of characters will be upturned, and apparently marginal figures will take center stage.

The idea that King Lear might be contemporary has a specific history. As R. A. Foakes notes in Hamlet versus Lear: Cultural Politics and Shakespeare’s Art, it was commonly assumed, throughout the 19th and first half of the 20th centuries, that Hamlet was Shakespeare’s preeminent play.1 This changed decisively in the mid-1950s, when critics began routinely to describe King Lear as the greatest. But even as the play rose in critical estimation, so did it look slightly different. King Lear was traditionally understood, writes Foakes, “as a tragedy of personal relations between father and daughter, or as a grand metaphysical play about Lear’s pilgrimage to discover his soul.” But with the proliferation of nuclear weapons, Foakes suggests, it was no longer possible to empathize easily with the unreliable yet absolute leader. Now the sanity of the ruler became a focus point for dread, not pity, and the play “has come to seem richly significant in political terms, in a world in which old men have held on to and abused power, often in corrupt or arbitrary ways.” The emotional center of the play moves downward, from old rulers to their children.

Taneja’s first insight is that King Lear, despite the title, is a play about the young. We That Are Young is written from the perspective of five main characters: the three daughters and the two sons. There is Jivan, returning to Delhi and driven by “the old, clear-eyed rage against Jeet, who gets the blood, the family, the house.” Jeet, with a diamond stud in one ear and a topknot, is a dealer in dubious antiques and Jivan’s older, legitimate brother. Devraj’s eldest daughter is Gargi: hard, practical, and unhappily married. The second sister is Radha, a secretly subversive party girl with a fondness for bandage dresses and breakfasts in bed featuring bacon cheeseburgers. The saintly youngest daughter is Sita. She wears slogan T-shirts, has a degree from Cambridge, and makes up her own names for the flowers; she names one after Susan Sontag. 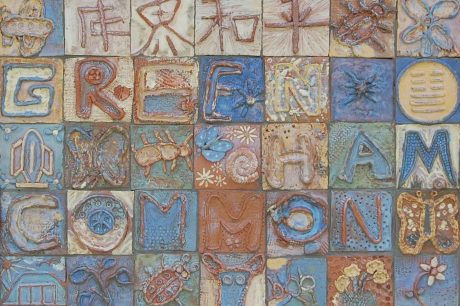 Further plot summary is unnecessary because the novel keeps so close to the play. There are the same spasms of cruelty, at the same moments: servants beaten, a man blinded, the old king out in the storm. But even as it follows so faithfully, the novel offers a kind of critical commentary on the play. One example: the mothers are famously missing from King Lear. Neither Lear’s wife nor Gloucester’s is ever mentioned. Taneja fills out these Shakespearean ghosts, giving them paragraph-long vignettes, but more than this she turns the absence into an emotional point. “Mothers, alive or dead, were not mentioned,” she writes of one brief conversation between Ranjit and Jivan. They were not mentioned precisely because they were missed.

There are many novelizations of King Lear. But these often depend on simple analogies of plot and character, as in Edward St Aubyn’s Dunbar, published last year, or Jane Smiley’s A Thousand Acres (1991). Taneja, by contrast, is thinking about the play: filling in its blanks, teasing its absences. We That Are Young is a great novel about a family whose own family tree is Shakespearean. Its genealogy as a work of art matters because this is a novel about inheritance and perspective, about who succeeds to what; and perhaps the most famous scene in all of literature about the drama of inheritance comes from this play.

Lear enters with a flourish. “Tell me, my daughters,” he commands:

Since now we will divest us both of rule,

Interest of territory, cares of state,

Which of you shall we say doth love us most?

That we our largest bounty may extend

Where nature doth with merit challenge.

Productions tend to gloss over this moment with giant maps and stage business, but what happens here is not quite what we are told to expect. He will, he promises, give the best part of his kingdom to the daughter whose speech pleases him most. And yet: his eldest daughter, Goneril, speaks first, and as soon as she has spoken, Lear gives her one share of the kingdom. “Of all these bounds, even from this line to this,” he specifies: “With shadowy forests and with champains rich’d.” That he does not wait to hear all three speak reveals that he has already decided which portion each will receive. What they say can have no bearing on what they receive, and this is no more than a trick.

The scene is about the relation between what we say and what we inherit and it is an example, too, of a reinvented inheritance: something handed on and yet altered in the transmission. The reign of the mythical King Lear is described in Geoffrey of Monmouth’s 12th-century chronicle Historiae Regum Brittaniae, and here the king’s demand that his three daughters declare their love is a simple test: “To make Tryal who was the worthiest of the best Part of his Kingdom, he went to each of them to ask, which of them loved him most.”2 The Tudor historian Raphael Holinshed took this as the basis for his own version of the story of Lear. Shakespeare frequently used Holinshed as a source, and yet in writing his own King Lear he worked from an anonymous play, The True Chronicle History of King Leir. This play, which was probably written in the early 1590s, makes two crucial changes to the scene. In this version, the old King Leir wishes to force his youngest daughter to marry a husband of his own choosing, so he summons his daughters to declare their love for him in front of at least one other courtier. Shakespeare expands on this. He makes the love test public, in the presence of the court. And he makes it pointless, which is to say that he makes Lear cruel.

Taneja’s first insight is that “King Lear,” despite the title, is a play about the young.

There are good reasons why this scene is so famous and so tensely problematic; and good reasons, too, why we might wish to think about it today. Lear’s demand is cruel and yet also loving; it is a test and a ploy. It raises questions at the heart of all our political systems: about participation in democracy, and resistance to absolutism; about living in an age of rumor and paranoia, in which elections look like tricks; about the traps of public speech. In Taneja’s retelling, the love test is no longer an interruption in courtly life but something they do pretty much every week, and Jivan’s arrival in Delhi coincides with its performance. “It’s a game, no?” explains a servant:

For sport … Sometimes the question that Bapuji asks has to do with the Company, like, How much do you love the money we make in profits from the Company Delhi? Or, sometimes, it has to do with staffing, like How many can we sideline to make way for my real friends? Or, Which one of you could find out the most disloyal managers, and how would you punish them? Whatever he asks, whoever answers right or best gets something added to their chit.

The questions are chilling, and we are told that this grew from a game he played with his daughters when they were children. He would set them math quizzes, or ask, “How much do I love you?” But this hardened over time into ritual, now carried out, again and again, wretchedly in public.

Taneja’s first innovation with the love test is to make it repetitive. The second is the way she handles our witnessing of the game. We see the beginning of the game through Jivan’s eyes, but he is just off his flight from New York City via London, jet-lagged and distracted, and he is taken on a tour of family property, so does not see how it works out. Later, Gargi takes him to their private cinema, where she shows him CCTV footage. They eat popcorn, and as they watch,

She stands. This is me, telling my father for the hundredth time how much I love him, she says.—O Daddy, I love you so much, more than all the light in the sky, the water in the ocean, the cars on the road. O Daddy, without you life would be nothing, she mimics herself.

What was a public trick has become, in a time of social media and surveillance, an endlessly repeating loop. Gargi is trapped in her words, and yet also torn from them.

King Lear on CCTV is an elegant symbol of Taneja’s rewriting of Shakespeare’s play, and it suggests why we might wish to keep thinking about this old story. Retelling a historical episode is of course never a solely nostalgic pursuit, and the vital questions of our age of populist politics—of Trump, and of Brexit—are those that ask us to reconsider the appeal of the past. What happens when we tell the myths of our beginnings again, and whose perspective matters? Who inherits the kingdom, and why are we divided? It is too simple to say that Preti Taneja has made King Lear contemporary, but in her hands it feels as though the play were waiting for us. 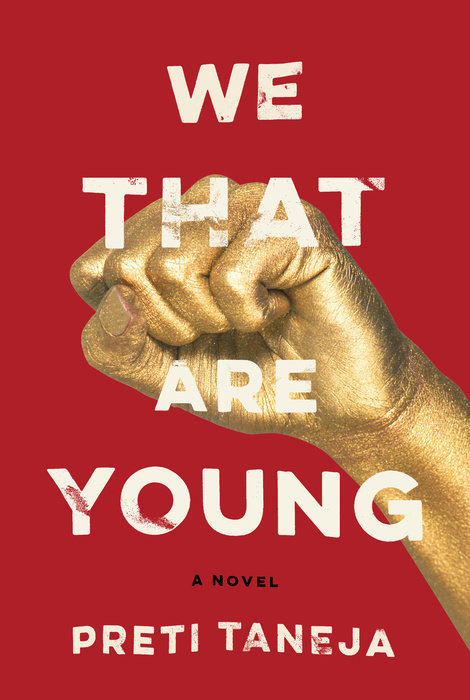 We That Are Young