We See You, Race Women
When I was in graduate school, whenever a black woman scholar presented her work a peculiar phenomenon emerged: peers always and only remarked on the speaker’s person, rather than on her ideas. At ... 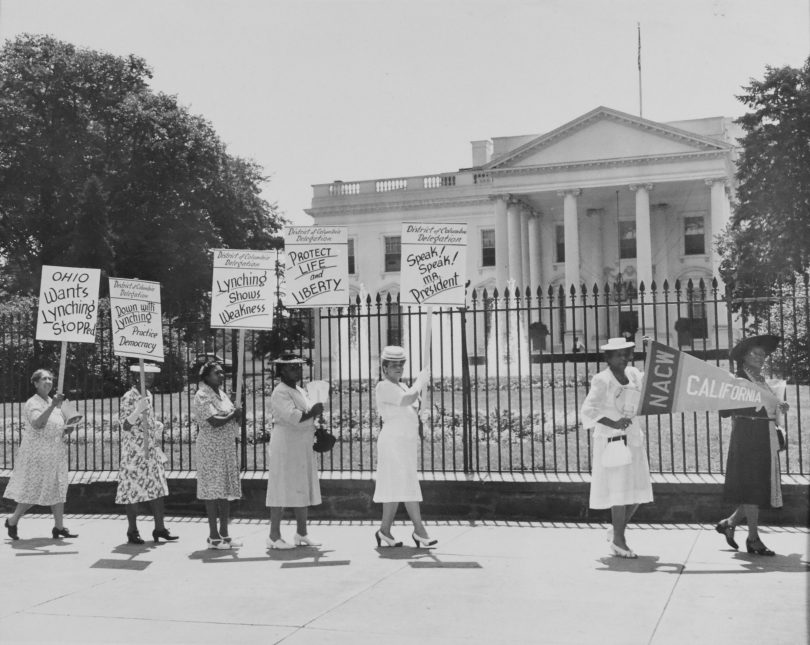 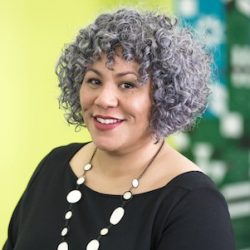 By Nicole A. Spigner

When I was in graduate school, whenever a black woman scholar presented her work a peculiar phenomenon emerged: peers always and only remarked on the speaker’s person, rather than on her ideas. At almost no time did auditoriums or classrooms pour out with chatter about the scholarly intervention we’d just witnessed. Instead, fellow students talked about the often senior and sometimes advanced mid-career expert’s hair, clothing, impressive physical presence, or overall beauty.

The issue at hand is not that these speakers—visiting and core faculty from our university and leaders in their fields—were not attractive women, but that the intellectual production of these women did not provide the foundation for my colleagues’ attraction. Fellow graduate students could only observe these black women’s bodies. My peers were accidentally or willfully blind to black feminine scholarly production. In other words, these black women were intellectually illegible to my colleagues.

It is precisely this phenomenon of black women’s political, intellectual, and social illegibility that Brittney C. Cooper takes up in Beyond Respectability: The Intellectual Thought of Race Women, published last May. Cooper begins her critical intellectual history of black women thinkers and activists from the turn of the century through the 1970s by making the stakes of her study quite clear. She is not interested in charting only the biographies of the core figures in her work: Fannie Barrier Williams, Mary Church Terrell, and Pauli Murray. Instead, Cooper moves beyond biography to call for and demonstrate an in-depth analysis of literary production, philosophies, and direct political actions of these public intellectual “race women” and the women with whom they built robust proto-black-feminist discourses, frameworks, and blueprints.

Cooper reminds her readers that the balance of critical black history has sidestepped deeper critical engagement with these and other black women thinkers, in favor of focusing on black male intellectual production and the physical lives of women. Instead, she embeds herself in the particular black feminine legacy of cultural and scholarly thinking that begins with the National Association of Colored Women (NACW), organized in 1896 “as a site for Black female knowledge production.”

Cooper asks us to stop using respectability as an excuse to discount the complexities of black women’s work.

Bookended by Anna Julia Cooper’s 19th-century critical methodology and the founding of #BlackLivesMatter, by Patrisse Khan-Cullors, Alicia Garza, and Opal Tometi, Beyond Respectability analyzes the “embodied discourse” of the “NACW school of thought.” Brittney C. Cooper examines the writings and speeches of Williams, Terrell, and Murray to identify the ways that each theorizes the black feminine body as a site of black liberatory possibility through, among other practices, a nuanced respectability politics.

Juxtaposed with current popular and academic claims that respectability politics is purely patriarchal and oppressive, the intellectual production of the NACW school of thought harnessed notions of respectability to support black women’s safety in the wake of historical sexual vulnerability (Williams). It also impressed upon the economically middle class the responsibility for “dignified agitation” in the quest for racial equality (Terrell). Furthermore, the NACW school challenged heteronormative racio-sexual oppression, also known as “Jane Crow,” the double-bind of sexism within predominantly black spaces and racism within feminist spaces (Murray). Cooper outlines these theories of political agitation as black feminine embodiment, not only in how Williams, Terrell, and Murray circulated through the socio-intellectual world of race politics but also in how they theorized the precarity of the black feminine body.

Around 1906, the writer, activist, and longtime member of the NACW Alice Dunbar-Nelson wrote a novella about a black woman who challenged gender expectations born of her racial and sexual vulnerability. “A Modern Undine” follows a New Orleans Creole socialite, Marion, who refuses to engage with the social landscape of her class and creates a secretive world through which she may eventually renegotiate her gender roles.

Throughout the novella, the characteristically silent and distant Marion enters, albeit with some difficulty, a series of social situations that challenge her ability to perform, because of her heightened sense of vulnerability. For instance, when the man to whom she is reluctantly betrothed first kisses her, her body begins to disassemble and threatens to fall apart. When she tries to join the club women of her town, she catches them gossiping about her, and her body becomes red and furiously hot.

Theorizing Race in the Americas

At a minor climax of the story, a pregnant Marion thinks that her husband is cheating on her. As a result, she faints and her body “deforms” her unborn child. Marion’s secrecy, which begins as a presumption of her vulnerability, becomes reinforced by the variety of ways that her social world fails her—for the women are talking about her, and her husband does hide a secret relationship with a young woman from their town.

Marion holds her desire in delicate balance with her physical and emotional self. As Dunbar-Nelson uses Marion’s body to articulate black feminine precarity, Fannie Barrier Williams and Mary Church Terrell promoted notions of political and social anxiety as a crossroads of desire and worry. But, also like Marion, whose marriage at the end of “A Modern Undine” is finally open to possibility, the discourse of race women from the NACW laid the foundation and opened up the possibilities for our current black feminist discourse.

In the context of Beyond Respectability, it is ironic that Dunbar-Nelson could not get “A Modern Undine” published in the shadow of the violent and public dissolution of her marriage to the famous poet Paul Laurence Dunbar. The manuscript, which is currently housed in the University of Delaware’s special collections, certainly could have used some additional polishing. However, no editor ever gave it serious consideration.

“A Modern Undine” and the figure of Dunbar-Nelson herself both fell victim to the author’s gendered position vis-à-vis her husband and, more broadly, her position as a middle-class woman who utilized respectability to rewrite gender roles. After all, the truly “respectable” woman would have stayed with the successful poet and public figure, even if he’d grown extremely abusive as a result of his advancing addiction and despite him nearly killing her. That woman may have had her book published. The public spectacle of her estrangement from Dunbar, a literati powerhouse, paired with content that suggests a black woman’s deliberate mediation of her social position, parallels what Cooper identifies as the historical circumstances that discouraged deeper critical engagement with the NACW school of thought.

Cooper also addresses the ongoing shortcomings of what we might call the NACW “cult of respectability.” She peppers her study with observations about the classism inherent in such an approach and how it restricts political action primarily to public intellectuals. However, much like the women that she writes about, she refuses to apologize for these complications. History, and perhaps especially intellectual history, is messy and devoid of narratives of perfection.

Beyond Respectability provides a blueprint to critique our contemporary moment of “call-out culture,” which quickly vilifies anyone who missteps politically. It challenges us to take a breath and sit in the crossroads of this current moment, where hard lines and chosen sides threaten to reduce the complexities of our political discourse. Cooper’s study demands that we dive deeper into the intellectual artifacts left by black women thinkers as a means of supporting the evolution of black feminist discourse and political action. 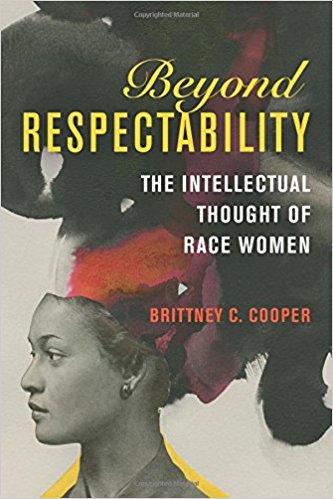 Beyond Respectability: The Intellectual Thought of Race Women