Weekend Reading: Memory Lane
One day we won’t be covered in snow. But not just yet, it seems. While we wait, here’s your weekend reading.   NBC’s Brian Williams has found himself in hot water over his account of being shot ... 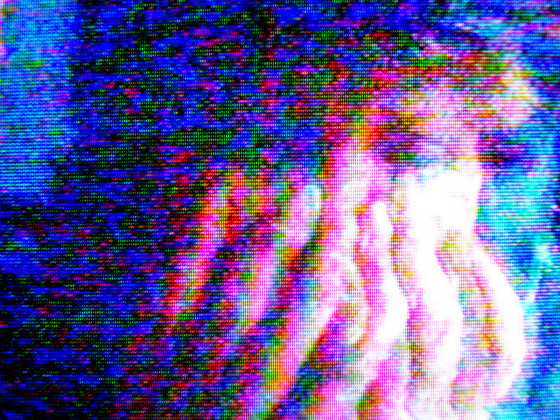 One day we won’t be covered in snow. But not just yet, it seems. While we wait, here’s your weekend reading.

NBC’s Brian Williams has found himself in hot water over his account of being shot at while flying in a helicopter in Iraq in 2003, which, apparently, never happened. That, in turn, has brought other questionable claims to light, such as his having seen a body floating outside of his French Quarter hotel in New Orleans during Hurricane Katrina (highly unlikely, as the French Quarter famously didn’t flood). Joe Klein rightly points out the fungibility of memory, but the Iraq story and the Katrina stories together would make something of a pattern. It speaks to the medieval quality our news media has cultivated that Williams might well lose his job over this, but nobody received any real punishment at Fox News (beyond some public shaming, which obviously doesn’t matter) for their bizarre “no-go zone” reporting. That is to say, lying in the service of an ideology is excusable, but lying in the service of a personal brand is not. In any case, the whole affair brought to mind that urtext of memory games, the person of James Frey. If you are anything like me, you wondered, And what’s he up to these days? Well, he is touring in support of a YA novel he wrote under the pen name Pittacus Lore, preparing to go to Cebu to watch a cockfight. That I couldn’t make up.

One of my favorite last sentences in short fiction is this one, from John Cheever’s “A Country Husband”: “Then it is dark; it is a night where kings in golden suits ride elephants over the mountains.” It’s a tonal, if not narrative, punctuation, one of the pretty rare instances when Joyce’s conception of the epiphanic conclusion is fully realized. The ubiquity of Dubliners in the contemporary writer’s catalog of influences has led to a lot of similar endings, “epiphany” often manifesting, in these cases, as an ending that falls in a narrative moment conspicuous for its lack of closure. To read short fiction today is to swim in a jellyfish cloud, a herd of loose ends, drifting. I don’t mean to suggest that this is a bad thing per se, only that it’s become a norm, and so must be spoken ill of.

Speaking of ambiguous endings, it’s a television thing as well (I have watched neither The Sopranos nor Lost to their conclusions, so I guess I’m coming late to this party). There’s something strange about the idea of closure, particular the medium: you almost don’t want it, because an end to a TV series isn’t, in the emotionally relevant timeline, a practical necessity. A book must end, that’s a physical reality, but one that TV isn’t bound to. The end of a novel or a story is anticipated; the end of a show is feared. There’s something more deliberate-seeming about it that makes an unsatisfying one almost an insult. That someone would end a series because the story was done feels strange; it’s the cancellation, mid-stream, we’re prepared for. Certainly there are a lot of shows to which this doesn’t apply (I can’t imagine The Big Bang Theory has an endgame it’s working up to), but it seems like we’ve reached a point in the development of the medium where a decent percentage of the shows we’re watching were conceived of in totality, a decent enough percentage that we need to acclimate our expectations to a new reality: Just because we all watch it, doesn’t mean it’ll live forever. It’s like The Simpsons in reverse.