Weekend Reading: Laughter in the Dark
2015 has gotten off to an unnerving start, to say the least. The week has been dominated by the attack on Charlie Hebdo and the subsequent standoffs, and the bombing at a Colorado NAACP office, both ... 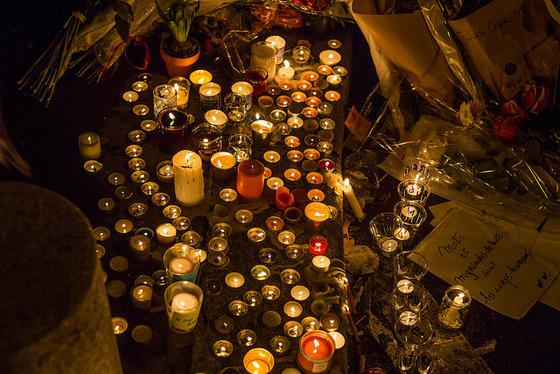 2015 has gotten off to an unnerving start, to say the least. The week has been dominated by the attack on Charlie Hebdo and the subsequent standoffs, and the bombing at a Colorado NAACP office, both of which (the former much more so than the latter, more on that later) have sparked a lot of reflection. Here’s some of the best writing on those, and other, topics, for your weekend.

Matt Taibbi, no stranger to controversy himself (see his 2005 piece, “The 52 Funniest Things About the Upcoming Death of the Pope”), goes after the media for their unwillingness to reprint art from Charlie Hebdo: “The implication is that, yes, we have a right to be offensive, but let’s not be offensive this time, maybe just this once, because—and this is the part that’s usually not said out loud—this particular group of satire targets is more than unusually violent and nuts and struggles more even than the average fundamentalist on the sense of humor front.” Cartoonist Joe Sacco, by contrast, is a little less sure of the proper response, as is Adam Schatz, responding to George Packer’s call in the New Yorker that “we must all try to be Charlie”: “In laying exclusive blame for the Paris massacres on the ‘totalitarian’ ideology of radical Islam, liberal intellectuals like Packer explicitly disavow one of liberalism’s great strengths. Modern liberalism has always insisted that ideology can go only so far in explaining behavior. Social causes matter.”

Historian Robert Darnton also looks back at some of the incendiary satire of France’s past, but finds mostly the certainty that in the wake of tragedy, laughter is hard to come by.

Meanwhile, after the bombing of a Colorado NAACP headquarters, the story became less the bombing itself than why the media wasn’t reporting it.

Translating Thomas Pynchon’s 2009 novel Inherent Vice to film proves difficult, even for a director of Paul Thomas Anderson’s stature: “Anderson traps himself between two fidelities: fidelity to a subtle brand of seventies realism (the story is set in 1970 Los Angeles) and fidelity to Pynchon’s novel … But these loyalties often function at cross-purposes: the former dictates verisimilitude, while the latter demands camp.”

Lastly, while sports isn’t usually our thing at Public Books, Brian Phillips has written a brilliant character sketch of an American icon, Kobe Bryant. What happens when supreme self-reliance and narcissism converge under hopeless circumstances? There but for the grace of God go we.