What Folklore Erases: Under Columbus, Georgia
The current owner of the Lion House is happy to let rumors about his property’s basement passageway simmer. 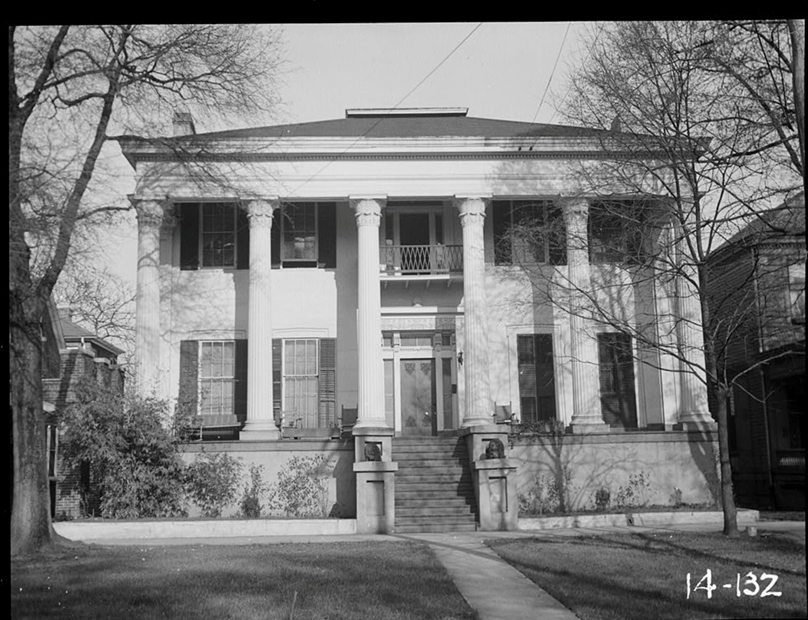 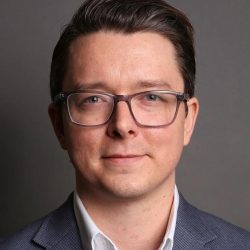 A mystery surrounds the historic Lion House and its basement passageway, in Columbus, Georgia. One story imagines a subterranean escape route designed to spirit away white settlers when the Creek tribes attacked early in the 19th century. Another insists bootleggers and booze smugglers supplied the nearby Racine Hotel with illicit substances during the Prohibition era. Still another imagines the house’s passageway as an entrance to a subterranean world of slave tunnels, used to connect slave-transport ships arriving on the Chattahoochee River to auction houses and holding pens. The passageways rumored to be under the Lion House—and under much of Columbus—are a macabre form of folklore that Columbusites willingly entertain.

The current owner of the Lion House, Brian Luedtke, is happy to let rumors about his property’s basement passageway simmer. I had heard most of these stories before I visited Luedtke’s house. In our email exchange leading up to our rendezvous, he never dispelled them. He invited me to his house, knowing full well that I wanted to see the passageway. After a full tour of the home, he refused to let me into the basement. He made his intentions clear: Secrets are more valuable than the truth. Secrets brought me to the house in the first place. Secrets breed interest in its history. 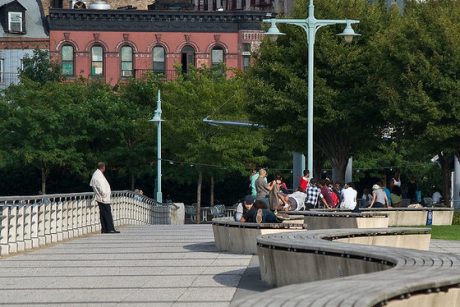 The Georgia state legislature established Columbus as a trading post in 1828. At that time the location was a bog full of mosquitoes, where Indigenous Creeks lived. There was also a creek, feeding into a pond situated in what is now the city center—roughly where the six-story SunTrust building stands today.1 When the river flooded, as it often did, it would swell over the dirt streets and connect the pond to the river. This created a kind of lagoon, right where the heart of downtown is today.

In the minds of the white American settlers, the water stood in the way of progress and prosperity. So, they drained it.2

The Lion House sat just uphill, no more than three city blocks from where the pond was located. If the river spilled into the city creating a lagoon, and if that lagoon had a dock, and if that dock had a tunnel that led anywhere, the Lion House would be the logical place.

I found no evidence suggesting Dr. Thomas Hoxey, the original owner of the house, had worked with the enslavers in the city, nor was his home constructed during the most tumultuous years of fighting between the settlers and the Creek people. If not an escape hatch for Columbusites or an entrance to an underground system for transporting the enslaved for sale, then for what could this passageway have been used? 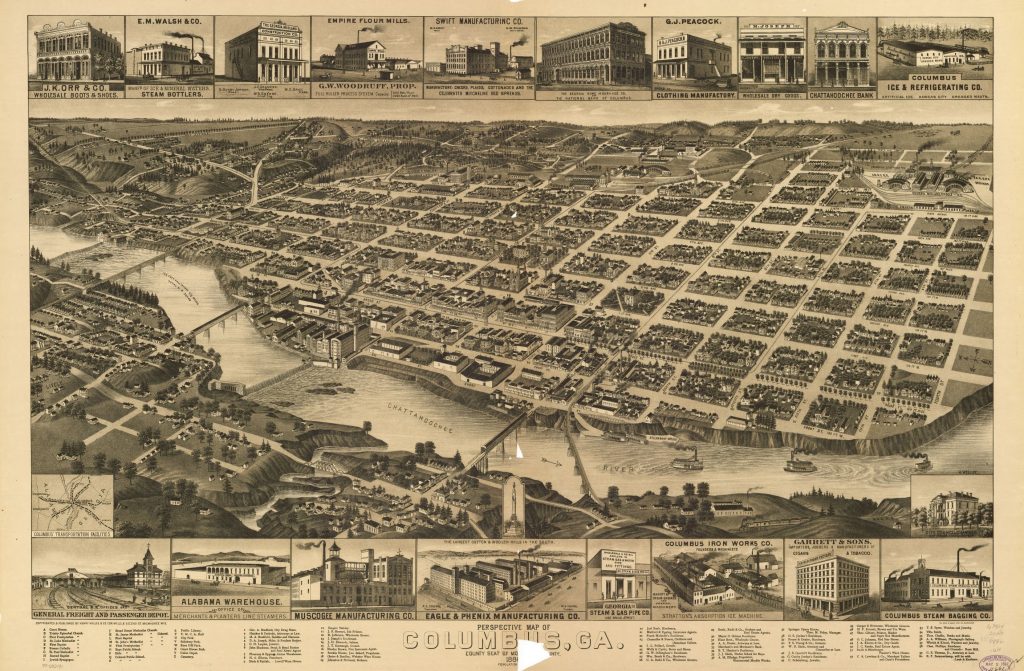 The Lion House has long been associated with illegal activity, and so, too, has the region. Columbus, like Phenix City across the river in Alabama, had its run of pimps, prostitutes, and underground gambling dens—a veritable Sodom and Gomorrah on the Chattahoochee.3

Prohibition activists started their work early in the city, even before the dawn of the 20th century. The supposed passageway was rumored to connect the house to the Racine Hotel. One imagines all sorts of illegally distilled spirits moving along the dark corridors from the house to the hotel. Records aren’t available for these activities, but a close examination of those that exist reveals a history of sex and alcohol on Georgia’s frontiers.4 This history, much like the place of slavery and Indigenous displacement, was buried underground and even floated across the river to Phenix City, where mob rule became so bad that Alabama leaders had to use martial law to “clean up” the streets in 1954.

The passageways rumored to be under the Lion House—and under much of Columbus—are a macabre form of folklore that Columbusites willingly entertain.

The few who thought past the allure of the underground labyrinth often spun a story of heroism rather than one of inhumanity. The director of security for Saint Luke Church in downtown Columbus assumed that since the labyrinth was underground, I must have been looking for evidence of the Underground Railroad. I hadn’t been thinking of the tunnels in such humanitarian terms. One of the old enslavers used to live just a couple of blocks away from the church, so it seemed plausible that a tunnel connected to his house might still exist under the church.5

This same director of security brought me to an old sump pump with a tunnel plunging deep into the ground. “I heard something from down in this tunnel one day,” he told me eerily. He pulled back the manhole cover and said, “There was a fish down there!” This confirmed my suspicions even further. The hole must connect to the sewer system, which is linked to the river. 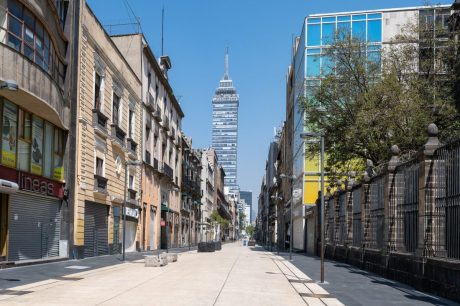 Drainage is the culprit. Columbusites have interpreted the remnants of 19th-century drainage systems in the context of their histories of race.

William (“Billy”) Winn, a local historian and journalist, remembers his mother telling the story of tunnels under Columbus in the 1940s, around the time of the first printed appearance of the Lion House tale I managed to find. She “was an aficionado of ghost stories meant to scare the piss out of young children,” he delighted in telling me. His mother, a prominent member of the white upper class in the city and a descendant of one of the original settlers, focused on how the family’s ancestors had used the tunnels to evade the Creeks. She might have also told the stories as a means to evade talking about the horrors settlers had brought upon the local Indigenous population or the enslaved Africans who undoubtedly helped drain Columbus in the first place. One can imagine her telling this story as a means to entertain the children or as a way to avoid talking about the horrors of World War II faced by these children’s family members off fighting in Europe or the Pacific.

The city has covered up its history of slavery, Native American removal, and its outlaw character, in both its urban and folkloric constructions. Washington Irving, the father of American folklore, published A History of the Life and Voyages of Christopher Columbus in 1828, the same year as the founding of Columbus. Irving wanted desperately to give the United States a colorful folklore. His tale of Christopher Columbus’s voyage and the founding of the Republic was meant to give the country an illustrious history, one that covered up its blemishes. As it turns out, the city on the Chattahoochee has done something similar.