What O’Keeffe Saw: Chimayo and Abiquiu
A priest waited in the sacristy to bless a boy from the town of Chimayo. I listened to the benediction, muffled by adobe, while bending over el pocito, a shallow ... 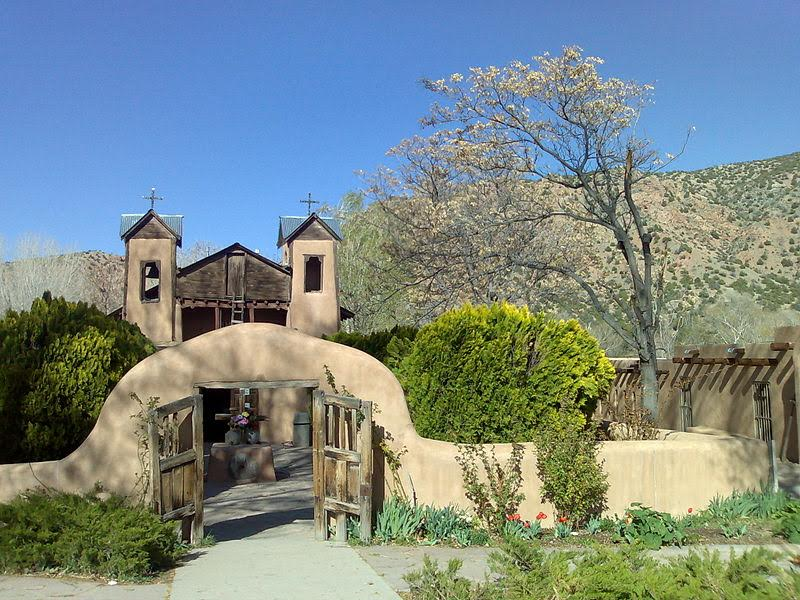 A priest waited in the sacristy to bless a boy from the town of Chimayo. I listened to the benediction, muffled by adobe, while bending over el pocito, a shallow well filled with sand. This spot marks the location where a friar miraculously unearthed a crucifix many centuries ago. El Santuario de Chimayo has guarded the site since 1816, when Bernardo Abeyta built the chapel on his land. Perhaps he meant to replicate a Guatemalan shrine, Christ of Esquipulas, where pilgrims devour consecrated clay. To feed visitors at Chimayo, the sand in el pocito must be replenished daily. Devotees pin photographs of the sick on the walls, scoop dirt from an anthill-sized mound with a toy shovel, rub it on their skin, and, I am told, eat it. I take a pinch and moisten it on my tongue.

On a clear day, Georgia O’Keeffe might have seen Chimayo from the bedroom of her estate in Abiquiu.1 Highway 84, the subject of her painting Winter Road I, passes below her house and on to Medanales, Okhkay Owingeh (where she purchased the famous antlers depicted in Deer’s Skull with Pedernal), and Española. Chimayo is stranded ten miles further off 76. Although she was not Catholic, maybe O’Keeffe did drive 84, turn off in Española, and visit El Santuario. Maybe she knelt in the dirt and used a toy shovel to spoon the holy dirt from el pocito into her leathery hand, leaving a dip or dimple in the well. Maybe she ate it, too. 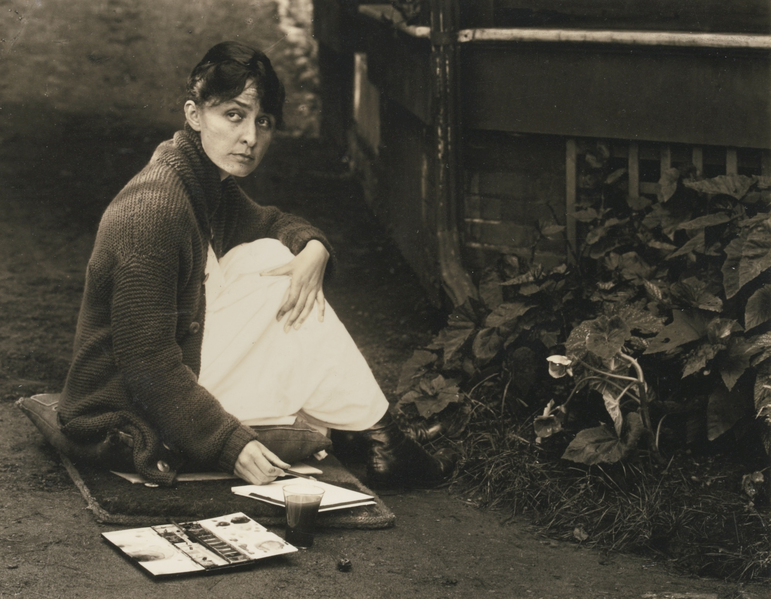 Unlike Agnes Martin, whose gridded abstractions were created in—but not about—the New Mexican landscape, O’Keeffe insisted that her art was representational. The brown calligraphic line that consumes the canvas of Winter Road is not merely a gesture but rather the map of a place, Highway 84. If you pay $40 to tour the house and, looking down from the mesa, compare the swoops of street and brush, you can verify the match. The stroke begins south, from El Santuario, and leads north, to Colorado.

Why do people pay so much money to see with their own eyes what O’Keeffe saw better with hers? It is the feeling, I think, of being there, on the edge of genius loci, that gives the thrill. Highway 84 itself is not enough; finding the right spot, the perspective, is a kind of prayer: Let me see Chimayo as she did. 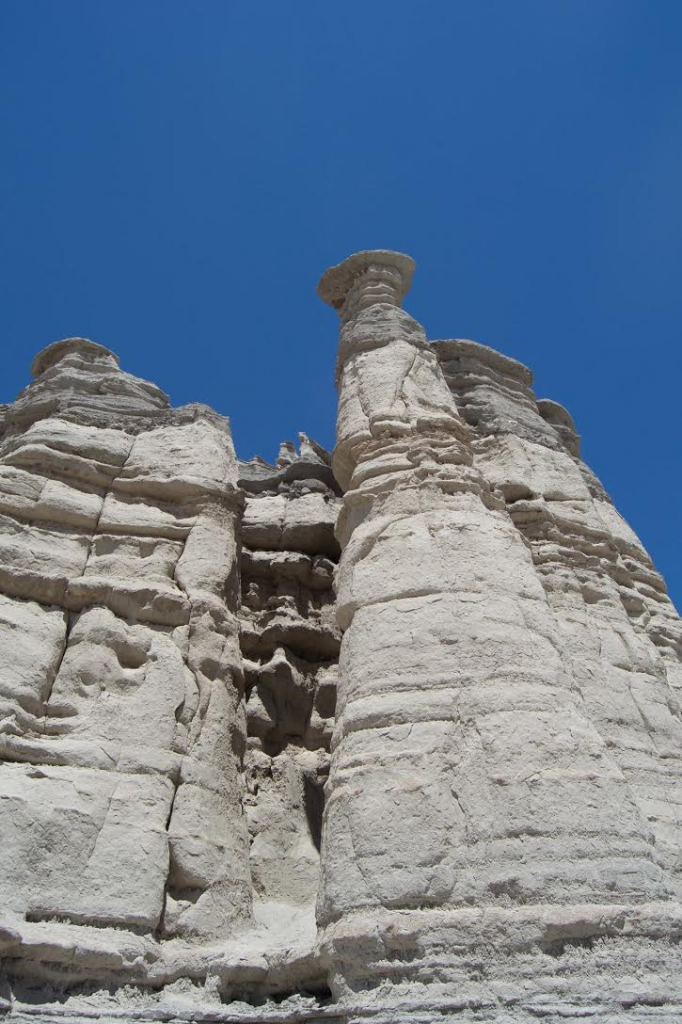 The Georgia O’Keeffe Home and Studio Tour Office will direct you to “The White Place,” Plaza Blanca, one of O’Keeffe’s favorite subjects. Three miles northeast of 84, a trail leads into a wash where limestone chimneys sprout like fossil trees. They are crumbling into chalk and much whiter and more numerous than O’Keeffe perceived. In her painterly vision, elephantine trunks of rock stretch up from the desert floor. I walk around trying to figure out where she set up her canvas. I eat some dirt and worry that I’ve lost my way in the arroyo.

In 1960, Tony Vaccaro photographed O’Keeffe eating breakfast.2 She looks away from a boiled egg, already peeled, in front of a window in her Abiquiu home. A Chemex pot steams—it might be a cold day.3 Breakfast will not be served on the O’Keeffe Home and Studio Tour, but there is some consolation: you can at least see where that breakfast happened, and if you are sufficiently industrious, find the very carafe Vaccaro caught on film. It is upside down on a shelf in the kitchen.