What Sign of the MTA Elevator Zodiac Are You?
Aries: 161st Street. You offer all the highlights of the city in one Bronx experience, Aries. Your station-side door slides shut with the rattle of the Lower East Side’s metal security gates, and your groaning whirr ... 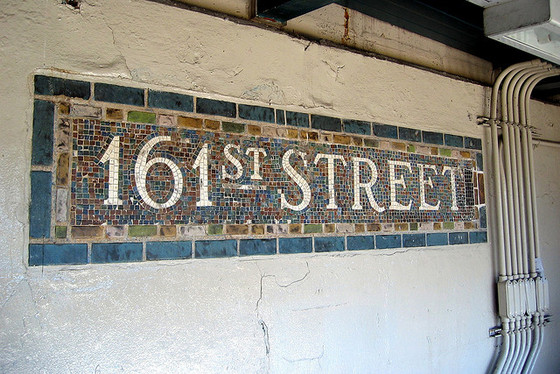 You offer all the highlights of the city in one Bronx experience, Aries. Your station-side door slides shut with the rattle of the Lower East Side’s metal security gates, and your groaning whirr evokes the roar of midtown traffic. Before your passengers can even turn to see Yankee Stadium, you treat them to a view of the Statue of Liberty: a human-sized plaster replica of the Green Lady advertises a dental/eyewear business and presides over one of New York’s largest McDonalds. Your aromatherapy highlights are French fry and spilled beer. 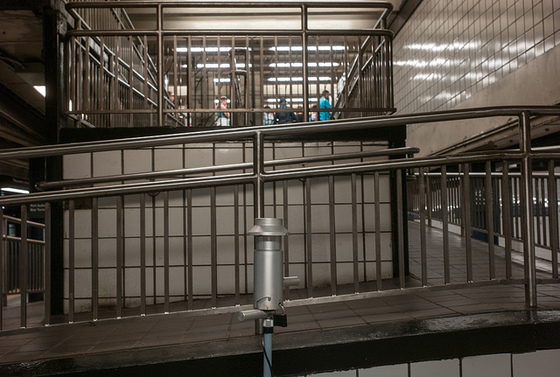 Although included in the elevator zodiac, you look down on those newfangled contraptions. You, Taurus, are a proud Luddite ramp. You don’t require electricity, you never break down, and you can handle dozens more passengers than your 20th century cousins: you’re a living celebration of the technology that brought us the Pyramids. That said, you can be a little narrow, Taurus. Two-way wheelchair traffic is decidedly tight. Your aromatherapy highlights? Fried dough and the cinnamon sugar it was dredged in, sold on the platform while the cops aren’t looking. 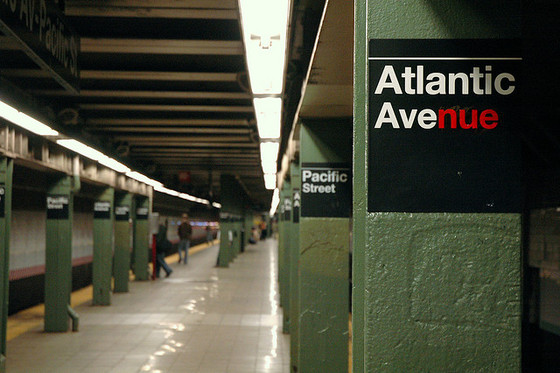 The Gemini of the NYC subway elevator zodiac, you contain multitudes. While many subway elevators can be a bit retiring, you’re brash and voluble, offering a bevy of routes to the street, including, in one spot, an unheard-of two elevators side by side. It’s only fitting, given that you serve a whopping eight subway lines and the LIRR. A hit with the stroller set and situated close to the LIRR Starbucks, your aromatherapy highlights are dirty diaper and French Roast. 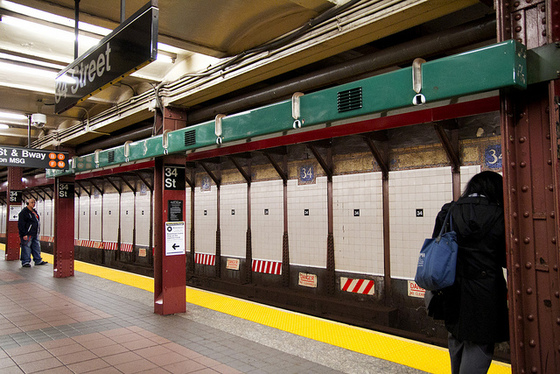 One tiny elevator serving seven subway lines and the PATH train, you’d rather not work at all, moody Cancer, and when you do, your one-door configuration requires wheelchair-using passengers to turn around—impossible in your straitened confines—or head backward into one of midtown Manhattan’s most brutally crowded intersections. Hidden in a tangle of scaffolding, your metal walls offer the privacy that the padlocked bathrooms of Herald Square fail to: your aromatherapy highlights are better left to the imagination. 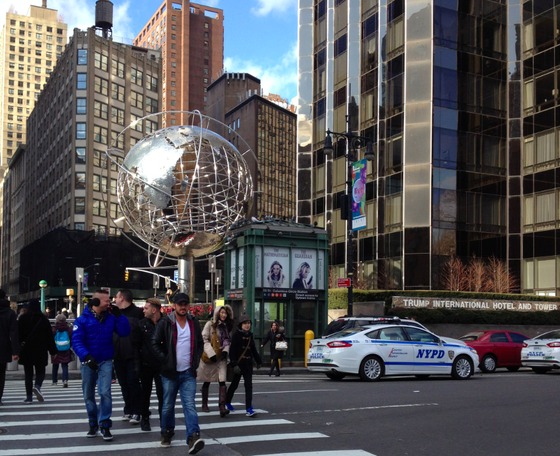 You’re across the street from a golden statue of a triumphant goddess in a seashell chariot drawn by hippocampi, which, of course, reflects your glory, Leo. On display in all your solar majesty, your glass walls give Central Park’s rollerbladers and stroller-pushers alike a few moments to feel framed like votive icons (or perhaps strippers), buoyed by your vitality and optimism. Surrounded by food trucks, your aromatherapy highlights change seasonally: popsicle and sunblock in the summer; in the winter, roasted chestnuts and bleach. 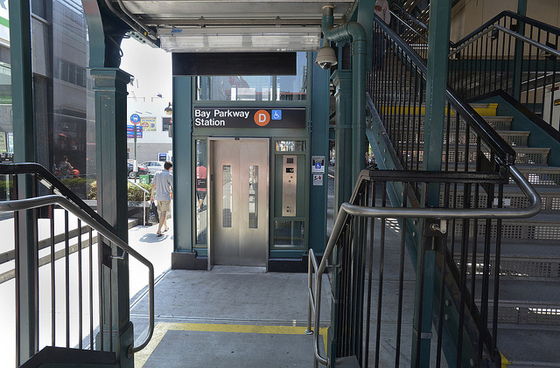 The Virgo of the system, you’re such a clean, pristine, vertical transport machine, it’s hard to believe you’re in New York City. You stay this way by keeping to yourself, preferring the locals in your neighborhood to the midtown hordes, but the feeling you convey is wistful melancholy rather than hidebound parochialism. Recently installed on an aboveground platform just a few stops from Coney Island, your aromatherapy highlights are faint whiffs of WD40 and the sea. 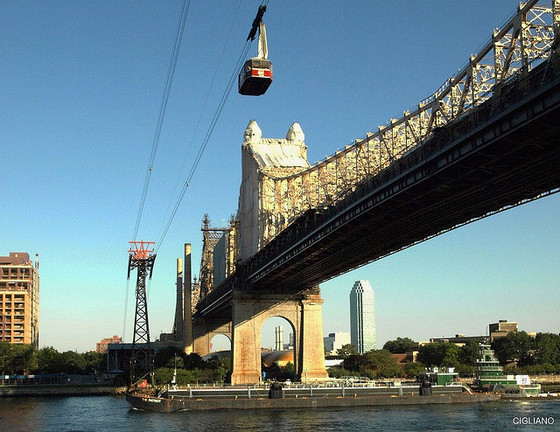 While not technically a subway elevator, you are the most vertical form of transportation that the MTA has to offer, climbing to 250 feet above the East River, your two cars balanced in midair like the pans of the scales of justice. You’re about the journey, not the destination, Libra: a walk much shorter than your three-minute ride cinches the narrow waist of Roosevelt Island, passing condos and playing fields far less remarkable than the aerial visions you offer your passengers. There’s the glossy black river. The audacious Manhattan skyline. The intricate geometries of the Queensboro Bridge. Your aromatherapy highlight? A human funk balanced on the knife-edge between acrophobia and ambition. 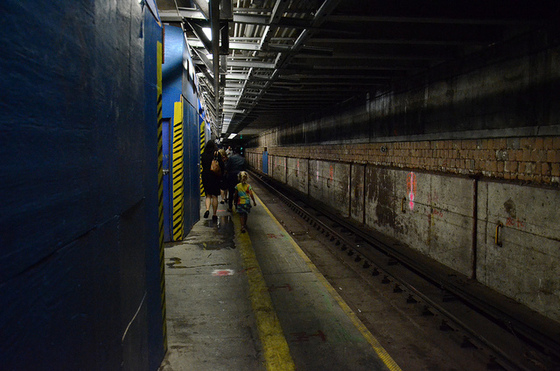 Deep, deep underground and wedged into the plywood surrounding an abandoned renovation project, you are the cave-dwelling scorpion of the subway elevator zodiac. We live most when we’re closest to death is your motto: every time you operate, you sound an alarm bell for riders in your narrow, stainless-steel compartment, thereby adding to their sense of being shut up in Schrödinger’s cat box to live or die as chance dictates.  Death aside, sex is your domain, Scorpio: your aromatherapy highlights are baby powder and used condom. 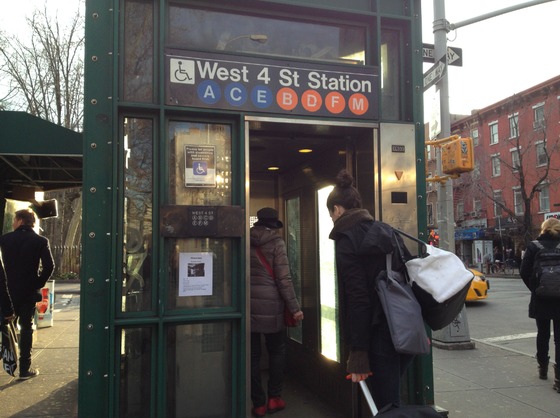 The Sagittarius of the system, you are the sunny spirit of fun and adventure: you access seven subway lines while overlooking the legendary West 4th Street basketball courts. Walled in glass with doors at each end of your chamber, your transparent, open, free-flowing nature makes you an ideal host. A favorite of ballers, jazz hands, NYU students, and sidewalk salesmen, your aromatherapy highlights are frankincense and feet. 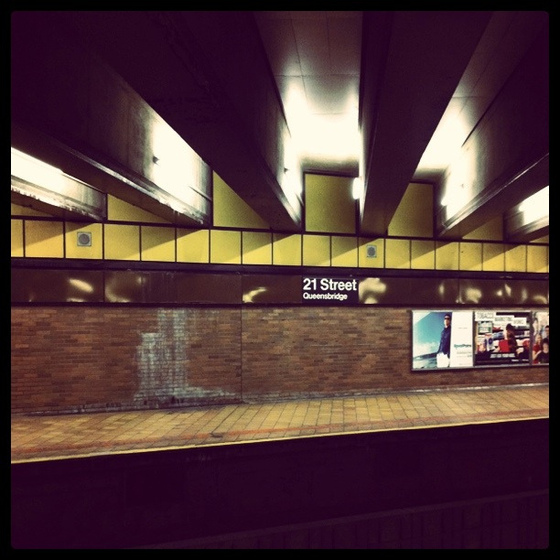 You are the past and future of Long Island City, scrappy Capricorn.  Your steel doors slam shut with lurching finality, and although you offer no sensation of movement on the long ride up, they open onto a study in contrasts: in one direction, you face the abstractly speculative Citibank Tower, in the other, the squat down-to-earth warehouse of your mothership, the Schmit elevator repair factory.  Planted in front of the Queensbridge North Housing Project, you rub shoulders with an autodidact’s wonderland of second-hand booksellers, offering titles ranging from anthologies dated 1955 to galleys dated 2015. Your aromatherapy highlights: burnt rubber and stray cat. 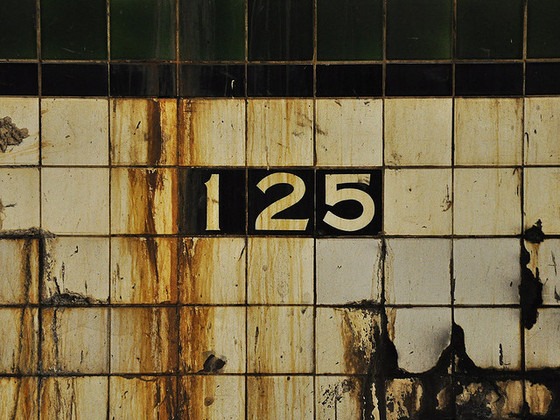 Hey, Aquarius! The nearest accessible subway to Columbia University and located in central Harlem steps from Manhattan’s only Chuck-E-Cheese, you are the life of the cross-class, interracial, world-straddling party. Although you are among the most crowded of subway elevators—and discharge passengers onto one of the busiest of urban corners—you have a poetic side: in spring your glass walls offer a glimpse of a magnificent paulownia tree whose purple flowers wow riders from blocks away. Your aromatherapy highlights? New sneaker and old coffee. 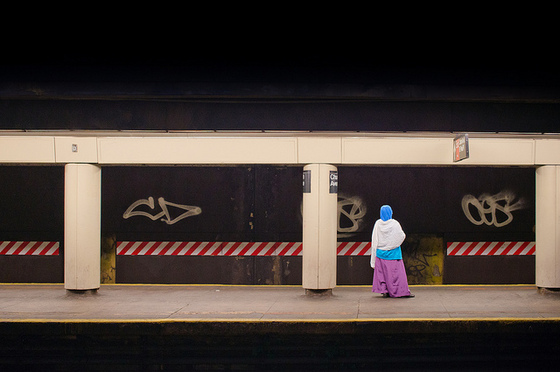 Serving one of the city’s largest Bengali communities as well as significant populations of Russian, Mexican, and Haitian immigrants, you’ve seen the world, cosmopolitan Pisces, but you can make things harder for yourself than they need to be: why are you four feet off the ground? Only accessible by a steep narrow ramp with a sharp turn, you sometimes intimidate the very wheelchair users you hope to transport. Nevertheless, you’re blessedly well-groomed: your aromatherapy highlights are cumin, turmeric, and grape gum.