What Was the Classroom?
As many COVID-era courses have moved from seminar rooms to Zoom meetings, the haptic nature of teaching has changed. Is anything lost? 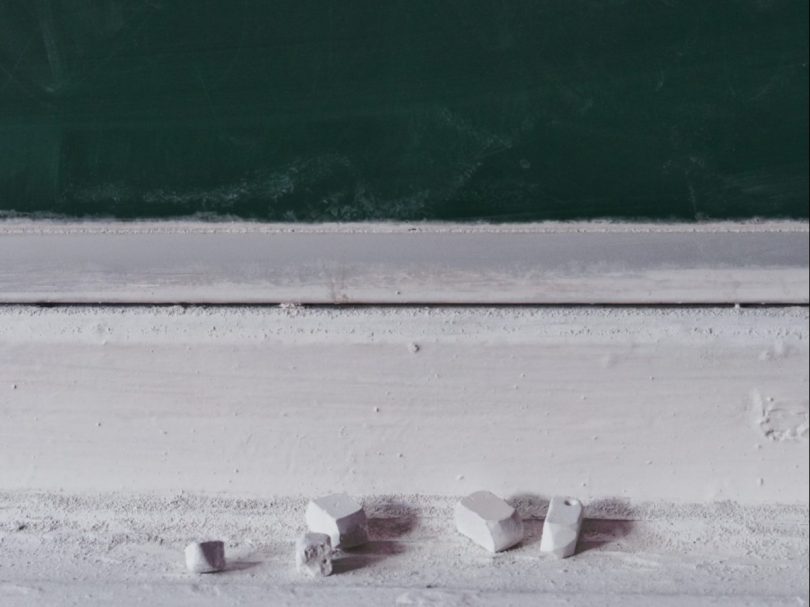 If I can risk just one prediction in these uncertain times, it’s that we’ll look back on 2020 as the year in which the traditional, physical classroom stopped being the obvious locus of education. A postvaccine world will include a raft of new arguments for the advantages of online courses and nonsynchronous lectures—and an acute sense of the cost of dragging ourselves across town or around the world to congregate, as many instructors once did.

I write this from Denmark, where the institute I lead has remained open for most of the pandemic. Instead of moving classes entirely online, the University of Copenhagen has begun streaming in-person classes. This has allowed us to reduce the numbers of students on campus and to still reach those who are waiting for COVID-19 test results or wanting to reduce their risk of infection. It’s also created a situation of choice that many have welcomed—and an unwitting preview of a position in which many institutions will find themselves once the dangers of the pandemic subside.

In this setting, I have started to prepare myself for the wave of discussions that will come as we begin to assess if and why in-person gatherings are core to what we do. How, when so many have worked so hard to make online learning effective, will we defend the classroom as a place where meaning is co-made in a special way? Why do I still believe so strongly in a version of humanist study that depends on the feel of the room, the feedback loops of dialogue, the heft of the text in a student’s hand, and the quality of attention created in a classroom?

Rachel Buurma and Laura Heffernan’s recent book, The Teaching Archive, provides materials for the beginnings of an answer. Buurma and Heffernan have dug up the lecture notes, course catalogues, student papers, and reading lists for classes that were once taught at Cambridge and Yale, but also through the University of London extension school and at Berkeley and at the College of Marin. As literary history, this book accounts for the way the study of texts gathered steam as something inclusive and dynamic between World War I and the late 1970s. The originality of the argument, though, lies in its emphasis on the way literary classrooms worked as laboratories and forges, spaces without which academic arguments could never have taken the shapes they did.

Examining the archival traces of classes taught by such figures as T. S. Eliot, Josephine Miles, and Simon J. Ortiz, The Teaching Archive brims with illustrations of revised teaching notes and descriptions of how course plans and lectures were being constantly revisited in the classroom. Almost all of these case studies, drawn from across the Atlantic and a wide historical period, are stories of spatial and physical engagement. They suggest the haptic qualities of teaching and learning, as practices that involve relationships between bodies, and between bodies and other physical materials in a space.

Since the onset of the pandemic, as many courses have shifted location from brick-and-mortar seminar rooms to Zoom meetings, the haptic nature of teaching may be the most obvious of its facets to have changed. The Teaching Archive helpfully draws our attention to this often overlooked aspect of the profession. Although online learning is not new—in fact, it had been implemented successfully in a number of contexts prior to the pandemic—it is possible that, going forward, fewer institutions will be willing to provide in-person learning as an option. When read in this context, The Teaching Archive provokes us to consider whether learning—and the scholarship it inspires—can easily be resituated into a digital space, or whether in that relocation something is lost. 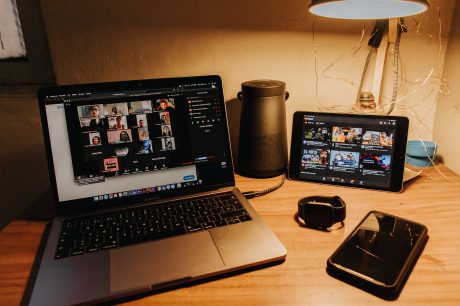 Transforming Teaching amid the Coronavirus

The key literary debates of the 20th century ask whether a text should be read for its own merits (New Criticism), in terms of its historical context (New Historicism), or as a set of patterns (formalism, distant reading). These discussions can seem removed from the world of interactions between real people. But Buurma and Heffernan place them squarely back in the real world, in the context of embodied education. It was only because of dialogue with his working-class students that T. S. Eliot dilated his sense of the canon; it was only by teaching a diverse range of Berkeley students who were not primarily interested in literature that Josephine Miles pioneered ways of thinking quantitively about language.

Buurma and Heffernan’s research has involved its own state of physical immersion. Teaching, they point out, often leaves no paper trace—and the traces they do find are in the kinds of archives least likely to be digitized. In uncovering those archives, the book reveals how central the haptic dimensions of teaching and learning were to scholars who are mostly remembered for their writing alone. Against the background of World War I air raids, Caroline Spurgeon took her students from the Bedford College for Women across London to the British Museum, sitting them down to open, scan, and dissect medieval books. A few years later, T. S. Eliot spent his evenings with opinionated grocers and schoolteachers, whose working lives and interests dictated the pace and content of class discussion. Cleanth Brooks ran classes at Yale in which student responses to small aspects of a poem were integral and cumulative, and no final interpretation of the poem was delivered; and Josephine Miles integrated her comments on students’ prose exercises into her teaching.

Can a class obedient to proprietary software’s principles ever really be populated by its members?

In these exchanges, the interests and habits of working people shaped the way that classes unfolded, as well as the books that these famous teachers went on to write. The physical interactions of students with texts defined the way reading was understood—by Spurgeon, as something that could only be done four to six hours a day; by Eliot, as an activity where a narrow focus might work better for the harried reader than a wide survey; or by Simon Ortiz, who taught Native American literature in the late 1970s, as a “mode of continuance,” impossible to disconnect from other aspects of community life. The classroom features in these different examples as a setting where the teacher registers the students’ tiredness, frustration, and willingness to proceed, and where the actual relation of text to body contributes to the next lesson’s content.

Buurma and Heffernan frame The Teaching Archive as an argument for the kinds of well-funded and accessible education available during the first parts of the 20th century. They end by highlighting the importance of inclusive and dynamic teaching to all levels of university life and cautioning against the new cultures of assessing and quantifying content delivery. One could argue that moving classes online makes learning more inclusive: for example, by making courses more accessible to students with disabilities, caregiving responsibilities, or ties to locations other than the (often expensive) towns and cities where universities are located. But Buurma and Heffernan’s emphasis is on the way teachers’ incalculable interactions with their students have fed their intellectual arguments rather than being fed by them; it is worth taking this insight into account regardless of the form teaching takes in the future.

The authors cite one salutary 1920s conversation during which a University of London board is reminded that the university gains much more from offering adult education than mature students gain from taking those classes. Having mature students populate and contribute to the institution introduces a loop of feedback and inclusion quite different from one that even an inclusive virtual learning community promises. 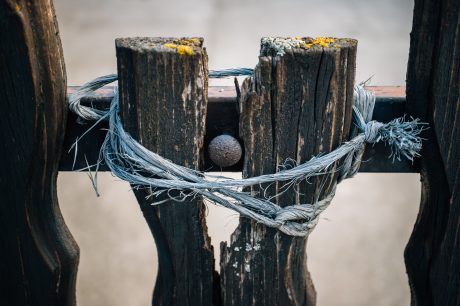 The Teaching Archive also provides a few pointed reminders that practices being repackaged today as innovative techniques (flipped learning, pair work, discussion boards) began as the actual stuff of literature courses. Had they been writing in 2020, Buurma and Heffernan might have underscored even more heavily the aspects of analog teaching that could not easily be deployed in a Zoom classroom. Eliot’s spontaneity in readjusting a syllabus to his students’ taste suggests that not all good teaching can be measured in terms of the kinds of advance preparation encouraged by use of the course website. Can a class obedient to proprietary software’s principles ever really be populated by its members?

Spurgeon’s 1914 emphasis on the necessity of approaching the text as if it were “the only thing that matters” is a timely reminder that texts on screen rarely solicit our undivided attention. One thing that 2020 has taught us is how inefficient a screen is at securing the kind of investment that is supported by putting a body in a particular setting for a particular purpose. In “On Interobjectivity,” an early essay, Bruno Latour notes the effectiveness with which humans partition up space, disconnecting certain zones of behavior from others. Unlike our simian counterparts, humans know that the post office is not a space for making love, that the library is a quiet room, the classroom a semiprivate space. Does the Zoom room come with any such rules of its own?

Just as timely are the cases Buurma and Heffernan unearth in which students themselves argue against the packaging of knowledge as content. One man who describes himself as an “average guy slogging along under jobs and marriages and National Defense,” writes in 1984 to his old teacher to thank her for showing that “knowledge was not a commodity to be obtained in neat little packages, but something messy, nebulous, with holes in it, but which could be relished as such.”

The Teaching Archive is an exemplary piece of collaborative research and a timely tribute—in both its well-written form and material content—to the work teachers do and to the classroom as a space in which groundbreaking humanist research happens. As a book that will be read in the aftermath of 2020, it can only grow in significance. The case for the classroom as somewhere that ideas and texts are made rather than delivered seems destined to become more interesting as we stop taking that material space for granted. If the example of Denmark has anything to add to this case, it’s that even state-funded and socially democratic educational projects will need to be defended in new ways. Reading, which is at the core of what we do, has always relied on a place and a time. Without those physical coordinates, we risk losing both the classroom and the research it inspires. 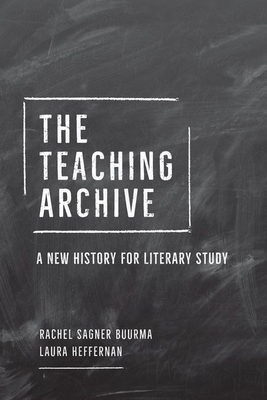 The Teaching Archive: A New History for Literary Study