What’s it Like to Bike that Pike? Nashville’s Hillsboro Pike
This is the latest installment of Public Streets, a biweekly urban observations series curated by Ellis Avery. Although it traverses many hills, Hillsboro Pike is actually named after Hillsborough ...

Distance Piked: It’s 9.5 miles from Hillsboro Baptist Church to The Good Cup on the outskirts of Franklin. If you’re going that far, consider taking the back roads to avoid Green Hills, which tacks on more distance but might save your life. That makes it a hale and hearty 22 mile jaunt, out and back.

Field Notes: The opening phrase of Hillsboro Pike is nightmarish. Snarls of traffic weave on and off 440, teeth and bones litter the asphalt, and there’s no bike lane in sight. If you survive this segment, you’re immediately faced with a daunting climb, flanked by a torrent of cars to your left and a menacing ditch on your right. Complicating matters, the drivers are heading toward the psychic vortex of Green Hills Mall. Gears grind. Dogs bark. Goodly people turn goblin. They hate you and your stupid bike. Take our word for it, go around: Belmont to Glen Echo will pop you out just north of the high school. From there on, there’s no shame in sticking to the sidewalk.

Williams American Art and Antiques, 4119 Hillsboro: This place is open “by appointment only,” and you can’t afford anything in here, not even an ashtray, but if you ring the bell they’ll let you in and leave you be. Immediately to your right is a supernatural artifact of American folk art. This thing is one of the very few remaining works of Moses Ogden, a Revolutionary War veteran who lived out his life in the wilds of western New York. By day, Ogden was a mild-mannered furniture and wagon builder. By night and by weekend, he was a warlock. His thing was to go into the woods, find fallen trees that contained monsters, drag them home and set the monsters free. A reporter in 1917 remarked that his creations looked like “the hapless creatures Dante saw in the Inferno … shaped with a penknife.” The inscrutable seated figure in Williams American Art and Antiques may have been their king. 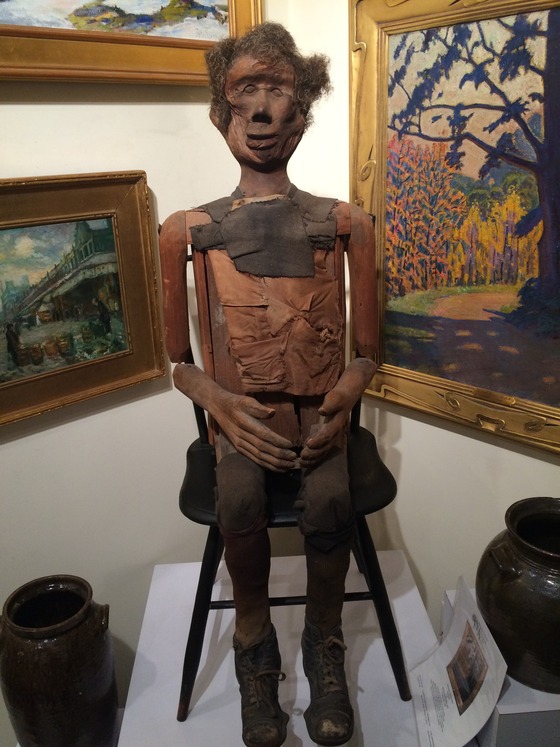 Shy’s Hill, off Benton’s Hill Road: If you tire of Hillsboro Pike’s charm offensive, take Harding east about a mile and turn right on Benton’s Hill Road. You’ll soon find a set of stairs and a mulch path ascending a steep brown hill. On December 16, 1864, this is where the Confederate army’s left flank was crushed, deciding the Battle of Nashville and scattering the Rebs all the way to Alabama. Winter suits the place. The tall gray trees look like so many weathered obelisks, and from the top you can see out into the cold for miles. There’s a cannon and a wreath and a hand-tinted photo of the boy William Shy, who was shot through the head here during the Battle of Nashville. When grave robbers dug him up in 1977, his body was so well preserved that inspectors initially confused it for someone who had died only months earlier.

Best Art: Cleaning & Alterations, 3707 Hillsboro. An inspired mannequin tableau above the entrance depicts four members of a Long Island wedding party circa ’95. From left to right: the bossy bridesmaid, the bride, the groom, and the sassy bridesmaid. The bossy one is like, “Listen cookie, don’t give him nothing he ain’t ask for nicely.” The sassy one is like, “Unless you ain’t wanting him to ask for it nicely – ayyyo!” The bride seems not to hear them and peers out the window, as if the car traffic below is heading into every recess of her relinquished desires. The groom adjusts his fly. 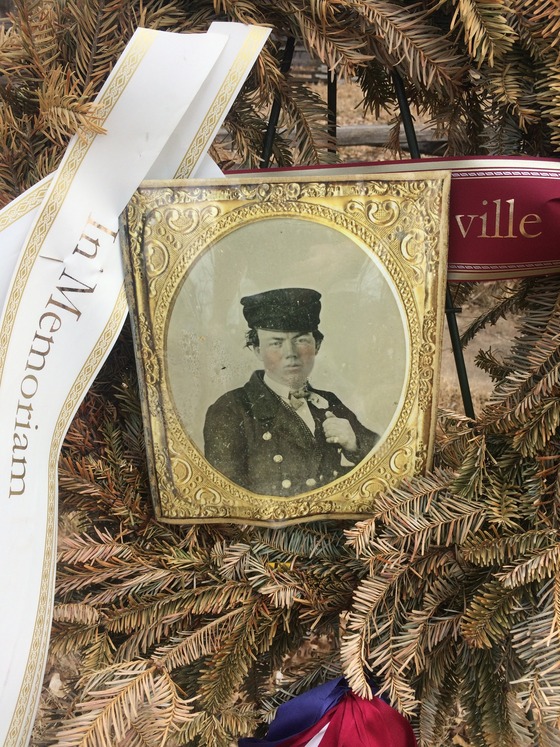 Best Pit Stop: The Good Cup, 2181 Hillsboro. The theme of this café is “let’s be nice.” There are paintings on the walls by folks who need some encouragement. There is jewelry for sale by local moms interested in the third world, and quotes on the walls from Tuesdays with Morrie. The barista will ask you, “would you like me to leave a little room for sunshine in your coffee?” but he just means cream. At least, we think that’s what he means.

Final Thoughts: Once you emerge from the belly of Green Hills Mall, Hillsboro Pike rolls out like a ribbon, easing you through horse and mansion country. There are pastures, homes shaped like castles, frolicking lawn sculptures, and a luxuriant bike path. It’s all so nice and well manicured that you may well wish to ride right back into Green Hills’ crushing maw in search of something or anything else. If you find it, you will have succeeded where many have failed, so please send word.

A longer version of this piece originally appeared in Huis Clos, a free, monthly newspaper from Nashville, TN. It features original takes on local culture and history through essays, art, comics and everything in between. Although many of the paper’s riffs focus on life in Middle Tennessee, submissions from far-flung places are welcome and encouraged. If you’d like to hold an issue in your hands, please get in touch: huisclos80085@gmail.com.