White Men—and the Monsters Who Love Them
Even if you’ve never seen the CW’s long-running show Supernatural, you’ve seen Supernatural. Reaction GIFs of the lead actors screaming, crying, and hugging ... 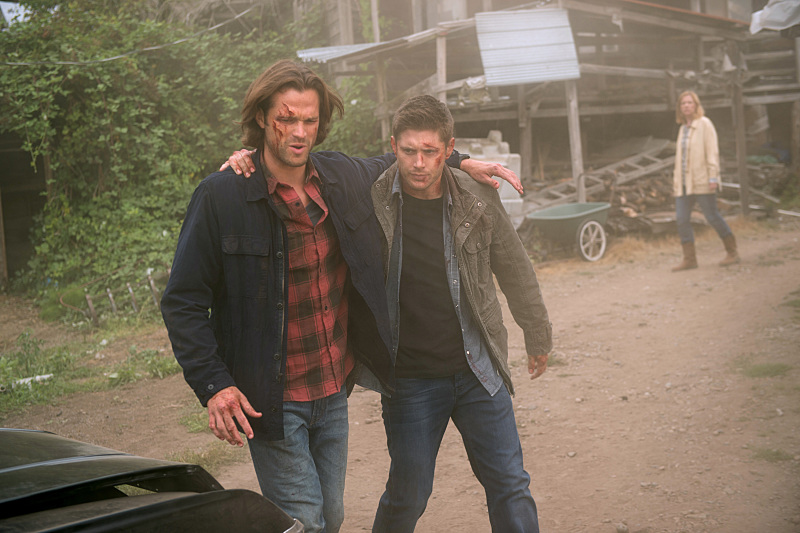 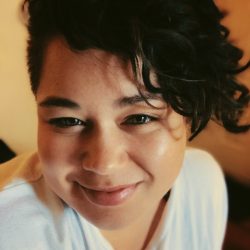 Even if you’ve never seen the CW’s long-running show Supernatural, you’ve seen Supernatural. Reaction GIFs of the lead actors screaming, crying, and hugging are ubiquitous, especially if you’ve ever been on Tumblr. The longest continuously running American sci-fi genre TV show ever, Supernatural is essentially a supernatural (duh) procedural in which white men sometimes cry and hold each other. Honestly, that alone might explain its longevity; it’s basically CSI with ghosts and homoerotic touching. In its 15 years on air, the show has amassed a cult following and become infamous as a touchstone for the (extremely large) corner of the internet that is very, very interested in writing and talking about (and drawing) fictional men having sex with other fictional men.

That corner of the internet is, from personal experience, almost entirely populated by queer women. The show has simultaneously courted and disavowed this aspect of its fandom, regularly drawing accusations of queerbaiting as it plays up the affection and tension between its characters while the cast and crew—particularly lead actor Jensen Ackles—publicly perform disgust at the thought that homoeroticism might be part of the show’s DNA.1

Watching Supernatural as a queer woman of color is a disorienting experience. Brothers Dean and Sam Winchester (Ackles and costar Jared Padalecki, respectively) spend their spare time cleaning their guns, caring for their 1967 Chevy Impala, and, in Dean’s case, leering at women in bars. They regularly save women from monsters, fuck them, and then leave them with a tender kiss on the cheek and, if the women are lucky, a promise to look them up next time the brothers’ heroics bring them back into town. (Alternately, sometimes the women are the monsters and they have to be killed, but they still get a tender kiss first.)

Of course, this heightened masculinity cannot help but be intensely homoerotic (and yes, incestuous): Sam and Dean oil their guns while looking into each other’s eyes; they cram their giant bodies into the bench seat of their shared car, the only home they’ve ever known; they tend to each other’s wounds with shaking hands and sometimes whisper, “I thought I’d lost you,” while doing so.

They also die for each other, repeatedly, and recommit to their shared life on the margins, repeatedly. A season of Supernatural isn’t complete without at least three manly embraces and at least six scenes in which the brothers pull over to a scenic view, sit on the hood of their car, and shed some manly tears.

The pleasure of Supernatural, in other words, isn’t in watching tropes of white masculinity get challenged or mocked, but rather in watching those tropes get fully embodied, all their contradictions and incoherencies fully on display. As Eve Kosofsky Sedgwick points out, “For a man to be a man’s man is separated only by an invisible, carefully blurred, always-already-crossed line from being ‘interested in men.’”2

On Supernatural, that distinction—between men loving manliness and men loving men, full stop—isn’t so much an invisible line as it is a black hole: terrible to look at, impossible to look away from, and sucking everything in sight into its gravitational pull.

I love Supernatural. But loving Supernatural also makes me profoundly uneasy. What is it, exactly, about watching white men love each other that has proved so powerful, and so pleasurable? Particularly in the Trump era, as white masculinity’s violence and toxicities dominate the daily news, what does it mean for queer women—for me—to love the men of Supernatural and the apocalyptic world they inhabit?

Let me describe an episode of Supernatural to you:

A few minutes into an episode late in Season 2, Dean wakes up in bed, next to his beautiful wife, somewhere in Middle America. He goes to his mother’s house and she makes him a sandwich, the best sandwich of his life. He mows the lawn and waves at his neighbor with something approaching ecstasy. His jerk of a brother, Sam, a Stanford law grad, has come home for their mother’s birthday. In between snide remarks about Dean’s alcohol consumption, Sam announces that he’s gotten engaged to his beautiful girlfriend, and together the women of Dean’s life ooh and aah over the ring.

That night, when everyone is asleep, Dean dips a knife into a jar of lamb’s blood he has somehow procured, then kind of abducts his brother, before stabbing himself in the stomach because he has figured out that his white, suburban, heterosexual, normative life is a literal poison. That is, he realizes that a supernatural monster has injected him with a poison that gave him delusions so as to keep him subdued while feeding on his unresisting body. Forced to choose between living in a dream world of suburban, heterosexual harmony, or waking himself up with an act of self-annihilating violence to return to his life of credit card scams, living in his car, and having only his brother Sam for company, Dean chooses to stab himself in the stomach and return to the real world, where Sam awaits him.

The brothers defeat the monster together and speed off in their classic car. Driving away, they are a little sad about the things they have given up and the things they can never have. But mostly they are glad: glad for the road in front of them and the sun coming up and the hum of the car and the fact that it is just—still, always—the two of them.

If that doesn’t make you want to watch every episode of Supernatural in existence, we are probably not friends.

What does it mean for queer women—for me—to love the men of “Supernatural” and the apocalyptic world they inhabit?

OK, but let me describe an episode to you this way:

A few minutes into an episode late in Season 2, Dean Winchester wakes up beside his beautiful wife, somewhere in Middle America. He loves his mother’s cooking and he mows the lawn without complaint. Then his asshole liberal brother comes home from Stanford with his asshole liberal wife, and they just ooze disdain for everything Dean represents. They mock the beer he drinks. They roll their eyes when Dean talks about hunting. Then Dean steals a knife and procures a jar of lamb’s blood, kind of abducts his brother, and hurtles off into the night, explaining all the while that “people have to be saved, and if we don’t save them, nobody will.”

If that doesn’t make you want to start lecturing the nearest person about how “terrorist” is a racist designation—one that neatly obscures the actual history of white supremacist terror in the United States—um, we are also probably not friends.

Now consider the musical episode of Supernatural in which a cast of all-girl, super-queer high schoolers write a musical based on Supernatural (it’s a whole thing). That episode includes scenes of Dean Winchester watching two teen girls—playing Dean Winchester and Castiel the (male) angel, respectively—make out against a prop version of Dean’s (prop) car. By the time that girls dressed as Dean and Sam Winchester sing a song called “A Single Man Tear”—and you remember that the episode is called “Fan Fiction”—well, you start to feel a little duped.

Wasn’t the pleasure of reading queerness into heterosexual narratives partially about the feeling that only you, and people like you, could do it? About the thrill of discovering a secret, invisible world nested within a story? Even about, after fully exploring that world by yourself, discovering that it feels a little lonely, only to find out that a few special people could share that world with you?

That, at least, is the power of subculture, whether queer or fandom or other: the feeling of sharing not only interests but orientations, ways of facing and understanding the world. Even as you angle away—slantwise, or, that is, queerly—from supposedly normal paths.3

But Supernatural forces us to ask: Is subculture still subculture when it’s being sold to you? If you are the intended audience of a story, do the pleasures you experience consuming it still lead to that secret, special world? And if they do, does that mean that, in fact, it wasn’t secret or special at all, but always a visible, functional part of the story’s machinery?

Consider the summary that opened this essay: The brothers clean their guns, drive their car, hold on to each other. And they rescue women, or kill monsters disguised as women, or both.

Did you notice, in that breezy summary, that women, when they appear on the show, are literally objects: to be saved, or broken, or loved, or killed, whatever the Story of Sam and Dean needs? Is that, too, in its baldness, part of the pleasure of the show?

Theories abound about why women, and queer women in particular, love to write (fan) fiction about men having sex with, and loving, other men. Is it about imagining men, and masculinity, without the trappings of heterosexuality—the sexual processes of objectification, domination, submission—that often slip into even women’s private fantasies? Fantasizing about a male body that can’t traumatize you, that doesn’t even want to? Or is it about imagining sex without hierarchy, because men’s bodies can stand in for the universal, can be “just bodies,” in the way that women’s never can? Or—think of the Barbie scene in Velvet Goldmine, when two little girls smash their male dolls’ faces together—is it about the genuine, impossible pleasure of making men into toys to be ordered around?

Yes, probably all of those. It is also about what it means to grow up and be taught to love white men in a way we are never taught to love ourselves. “The only way to get someone to listen to a woman,” writes Taffy Brodesser-Akner in Fleishman Is in Trouble, is to “tell her story through a man; Trojan horse yourself into a man, and people would give a shit about you.”4

Imagining yourself in stories that aren’t about you, projecting yourself into white male bodies and the narratives that unfold around those bodies: these are survival tactics for minorities. 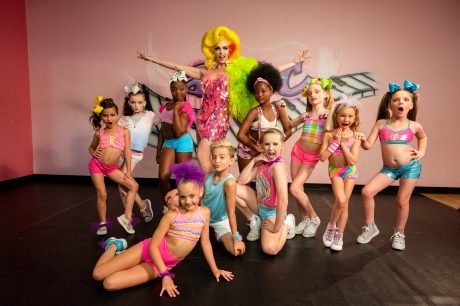 But everyone knows the one about the girl who lingers too long in the underworld and strays too far from her own body to find it again. Your ability to imagine yourself—to consume or to tell stories that are actually about you—can diminish. You can wander too far. 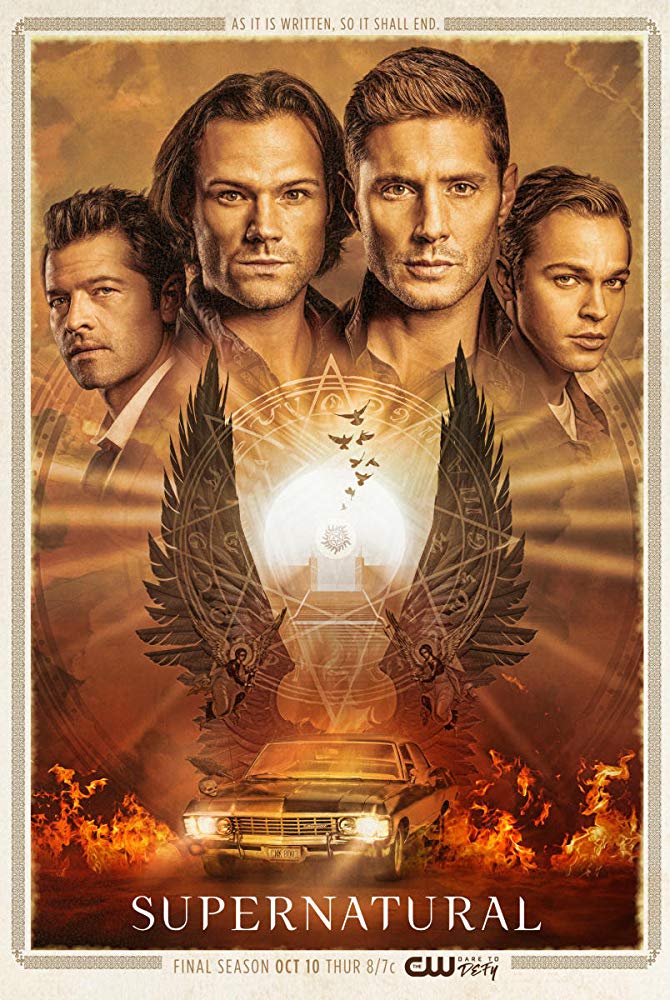