Whitman with Quinoa
Although David Copperfield grows up to be a successful novelist, Charles Dickens’s contemporary readers had no reason to suspect the historical author had based parts of his protagonist’s story on ... 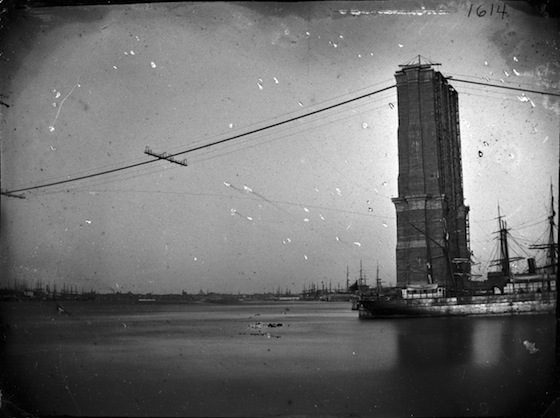 Although David Copperfield grows up to be a successful novelist, Charles Dickens’s contemporary readers had no reason to suspect the historical author had based parts of his protagonist’s story on his own life—that he had, in fact, assigned his own most traumatic childhood experiences to David, going so far as to incorporate passages from an abandoned autobiography. Charlotte Brontë originally subtitled Jane Eyre “An Autobiography,” but she was horrified by readers who mistook it for an actual or fictionalized autobiography, rather than a fully fictional one, and later editions omit the subtitle.

By contrast, novelists since Dickens and Brontë have actively invited readers to consider, rather than ignore, the relationship between authors and protagonists. A century or more of increasingly self-reflexive modernist and postmodernist experimentation has not exhausted this vein, judging by the acclaim that has made Karl Ove Knausgaard’s six-volume autobiographical novel My Struggle the most celebrated literary undertaking of the young 21st century. Knausgaard’s work, with its seemingly absolute biographical fidelity, marked by a refusal to change names, may represent the end of the line: “the radical inclusiveness, the style-less style, the apparently equal fascination with everything” make the work seem like “a bid to be radically co-extensive with a life.”

How, one wonders, does an author write self-reflexively autobiographical fiction after Knausgaard? At least, poet and novelist Ben Lerner so wonders—it is his recent review of the third volume of Knausgaard’s book that I quote from in the preceding paragraph.1 If, as Lerner notes, My Struggle is best understood as an anti-literary project, Lerner’s own new novel, 10:04, can be seen as anti-Knausgaardian, a doubling down on the very aspects of literature that Knausgaard rejects. 10:04, with its slippery relationship between narrator and author, its beautifully wrought sentences, and its intricate network of leitmotifs, allusions, and recurring phrases—from a jar of instant coffee to time travel, to the speech Ronald Reagan gave after the Challenger exploded—demonstrates the pleasures and insights such literariness can still afford. In doing so, however, Lerner does not resurrect any straightforward distinction between literature and life. Instead, he challenges the conventional way of understanding these spheres and the relationship between them that My Struggle, for all its originality, relies upon and reinforces, such as an understanding of experience as shapeless and immediate, separate from and prior to our efforts to find or impose order and meaning.

In 10:04 Lerner insists even more strongly than in his previous novel that the reader view the narrator as a version of the author himself.

Not that 10:04 is a direct response to Knausgaard: though My Struggle is currently an inevitable point of reference for ostentatiously autobiographical fiction such as Lerner’s, 10:04 was likely written before Lerner read Knausgaard. And the formal practices and philosophical preoccupations of Lerner’s new novel also characterize his earlier poetry and fiction, in particular his sole previous novel, Leaving the Atocha Station (2011), the first-person account of a Lerner-like young poet, Adam Gordon, drifting obnoxiously through a fellowship year in Spain. “Since the world is ending / Why not let the children touch the paintings,” Lerner writes in one of his poems, offering up a striking image for the paradoxical nature of what his first novel calls “contact with the real”;2 and the recurrence of this image in both novels confirms Lerner’s investment in the topic even as this self-referentiality further complicates the nature of such contact.

In 10:04 Lerner insists even more strongly than in his previous novel that the reader view the narrator as a version of the author himself: the thin veil of a different name is replaced by a coy refusal to use the narrator’s name (except for one, ambiguous reference to him as “Ben”) and the biographical and bibliographical correspondences on display in the first novel are extended to include living and teaching in Brooklyn and the writing of Leaving the Atocha Station itself (described but not named), as well as the writing of a later story published in the New Yorker and reproduced in 10:04. And also the writing of 10:04 itself: “Say that it was standing there that I decided to replace the book I’d proposed with the book you’re reading now, a work that, like a poem, is neither fiction nor nonfiction, but a flickering between them.”

That book—this book—takes place between two major storms, which also go unnamed, but which we have no compunction about identifying as 2011’s Hurricane Irene and 2012’s Hurricane Sandy. Besides the story of its own conception, the novel’s other main narrative through-line is another story of conception, as the narrator’s best friend, Alex, asks him to serve as her sperm donor. Interspersed with the scenes with Alex—the two go to Whole Foods to prepare for Irene and then watch Back to the Future (from which the novel takes its title), they go to see Christian Marclay’s video The Clock, they visit Alex’s parents, they walk across the Brooklyn Bridge during Sandy—are a series of contemporaneous episodes from the narrator’s life: cooking dinner for an Occupy Wall Street activist, taking the undocumented immigrant child he is tutoring to the Museum of Natural History, going to Marfa on a fellowship, bagging dried mangoes at the Park Slope Food Co-Op, and so on.

Lerner aligns numerous seemingly disparate phenomena with one another as similar instances or experiences of the same-but-different.

There is little conventional plot or character development in 10:04, something the narrator brags about. Yet its episodic structure does not mimic the “artless infinity” Lerner identifies in Knausgaard, thanks largely to the narrator’s self-professed “will to integration”—his dazzling ability to fit seemingly disparate events, memories, and artworks into an overarching framework, to abstract from them to find patterns of meaning and to show how they correspond with or echo one another. The topos to which the novel returns most often is announced in its epigraph, which relates the Hasidic belief that in “the world to come … Everything will be as it is now, just a little different.” Lerner aligns numerous seemingly disparate phenomena with one another as similar instances or experiences of the same-but-different. Examples range from the defamiliarization of commonplace objects (such as that jar of instant coffee) during the buildup to a major storm, to damaged artworks declared by insurers to have zero economic value (and collected by an artist he sleeps with), to the revelation that one’s ancestry does not in fact include the ethnicity one viewed as essential to one’s identity (as occurs to a fellow Co-Op member). Even the relationship of the novel’s narrator to its author, and that of art to life, emerge as conspicuous manifestations of this overarching theme of disrupted identity.

The investment in self-difference reflects not only the novel’s metaphysical preoccupations but also its political commitments. Drawing on a Marxist tradition of utopian thought, Lerner’s narrator affirms the transformative potential of moments when “what normally felt like the only possible world became one among many, its meaning everywhere up for grabs,” and resolves “to become one of the artists who momentarily made bad forms of collectivity figures of its possibility.” Taking as his model the most famous of Brooklyn writers, who “want[ed] to stand for everyone,” the narrator concludes with words from “Crossing Brooklyn Ferry,” words he has quoted earlier in the novel but repeats now in an ever-so-slightly tweaked version without quotation marks, as (if) his own: “I am with you, and I know how it is.” The narrative works its way from irony to sincerity in a sinking city, its narrator a would-be Whitman of the vulnerable grid.

In keeping with the spirit of Lerner’s own appropriative allusive practice, I have lifted the preceding sentence nearly verbatim from the opening scene of the novel: this blurb-like formulation is the narrator’s own description to his agent of the novel he intends to write. Yet the narrator’s explicit declaration of the novel’s course does not so much upset this trajectory in advance as trouble any easy opposition between irony and sincerity. Lerner’s narrator (and Lerner along with him) is acutely aware of how ridiculous such bardic, collectivist aspirations can sound. Thus, instead of following his precursor’s attempt “to be nobody in particular in order to be a democratic everyman,” he cops to his own position of socioeconomic privilege in many ways, from talk of the “strong six-figure” advance he is receiving for the novel we are reading to a series of demographically as well as taxonomically precise references to an “Andean chenopod” (the trendy gluten-free grain appears in three scenes). Alfred Kazin’s A Walker in the City, an earlier Brooklyn-based, memoiristic narrative with a peripatetic narrator and a prominent citation of “Crossing Brooklyn Ferry” (its epigraph), was memorably dismissed by the critic Joseph Epstein as “Walt Whitman bloated on matzah brei.”3 10:04 is best understood—and appreciated—as Whitman mixed with quinoa.

Yet even if 10:04 richly justifies its continued use of a self-reflexive autobiographical mode in the Age of Knausgaard, this approach may be reaching a point of diminishing returns for Lerner. The “flickering” between fiction and nonfiction does not provide the frisson it once did, and even Lerner’s biggest fans must be hoping that the writer does not receive another fellowship anytime soon, at least not if he will then feel tempted to write about it. The account of the narrator’s time at Marfa is the one section of the novel that feels too long, especially after Adam Gordon’s book-long sojourn in Madrid.

One way forward is hinted at by a strand of the novel that, while low in pyrotechnics, feels especially fresh: the relationship between the narrator and Alex—a straight man and a straight woman in a longstanding nonsexual relationship that complicates but does not preclude more conventionally romantic or erotic attachments for each and clearly provides the most important emotional connection experienced by either individual; the relationship turns procreative and then awkwardly sexual in an effort to supplement attempts at artificial insemination. Strikingly, this sexual interaction illuminates the characters’ relationship, but not by constituting its inevitable telos or long-repressed truth, as one might expect. Lerner’s narrator articulates its much more interesting ramifications through a final, especially satisfying deployment of the “same-but-different” paradigm that has nothing to do with metaphysics or metafiction: “Do you know what I mean if I say that what was most powerful about the experience was how it changed nothing? … That our relationship had not been perceptibly deepened by the event was evidence of the relationship’s depth. Only that made things a little different.”

Here then, in the unconventional treatment of one of the novel-genre’s most conventional subjects, romance, lies a compelling aspect of 10:04 not highlighted in its own self-descriptions, an aspect that reveals a more nuanced and generative relationship to the history of the genre than the narrator’s usual antinovelistic rhetoric suggests. In a work filled with sustained attention to poetry, film, painting, and sculpture, a rare allusion to a novel brings this relationship into focus: recounting the book-ending journey on foot he and a now-pregnant Alex make from Manhattan to Brooklyn, the narrator declares, “Reader, we walked on.” This revision of Jane Eyre’s famous announcement—“Reader, I married him”—neatly marks and measures 10:04’s distance from the classic marriage plot: Lerner is not so much abandoning the novel’s traditional territory as he is tracking changes in its contours. And while the postmodern play of author and narrator may have run its course, the newness of this terrain opens up multiple possible futures for the novelist as well as his characters.