Who Cares about American Power?
As the insane 2016 US presidential campaign enters its final weeks, we are with new urgency forced to question the role of American power in the world. In this charged moment, Noam Chomsky’s new book ... 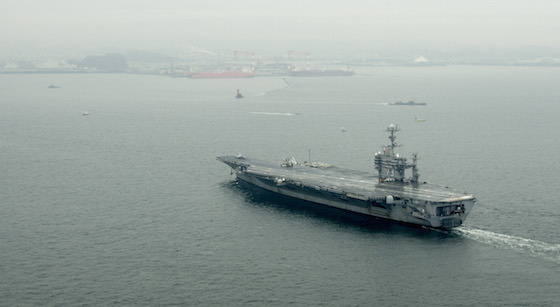 As the insane 2016 US presidential campaign enters its final weeks, we are with new urgency forced to question the role of American power in the world. In this charged moment, Noam Chomsky’s new book Who Rules the World? could not offer more essential reading; and the negative response to its publication could not be more baffling.

The attack on Who Rules the World? in the June 9 issue of the New York Review of Books, in particular, should alarm all those concerned with America’s troubled presence on the world stage. The Review, at first blush, seems the perfect audience for Chomsky’s latest critique; it is an influential publication among the liberal intelligentsia, and the author of its Chomsky review is Kenneth Roth, the executive director of Human Rights Watch. But the devil is in the details, and Roth completely misrepresents Chomsky’s aims and manner.

The overriding problem with Roth’s review is that it cloaks its tacit support for America’s military supremacy in language dear to the liberal elite, attacking Chomsky for perceived failings of historical analysis and of objectivity. Under the provocative title “A Case Against America,” Roth begins with a folksy truism, that “it is hard to see yourself as others do,” adding,  “all the more so if you are the world’s sole remaining superpower.” This seems to let us off the hook, but Roth is quick to note that our “self-assurances about US benevolence” are exactly what Chomsky is best at critiquing. Yet this faint praise obscures the much broader disservice done to Chomsky’s argument.

In Roth’s estimation, Who Rules the World? is merely “a polemic,” one that is “designed to awaken Americans from complacency” and that advocates America’s global reach being “reined in.” In the midst of this black-and-white distillation of Chomsky’s detailed arguments, Roth drops the other shoe: that Chomsky expresses his views “against America” with “verve and self-confident assertion” only because “factual details are sometimes selective or scarce.” In this sly manner, Roth systematically misrepresents a book citing more than 500 sources (excluding 50-odd endnotes citing Chomsky’s own previous work). In fact, Roth’s review does the double disservice of ignoring certain geopolitical realities that undercut Roth’s argument, while distorting Chomsky’s discussion of others.

Breaking down Roth’s misguided review reveals much about contemporary American certainties—even, or perhaps especially, on the left—about how the United States can and should exert military dominance around the globe. 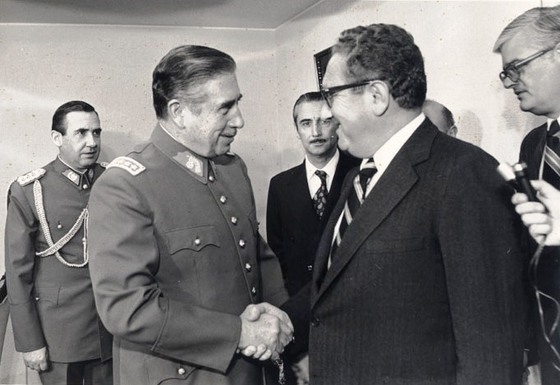 Roth charges that in Chomsky’s book “China is largely ignored.” In fact, China is discussed extensively, just not in a manner that defers to America’s imperial military interests. Considering China’s buildup of military forces in the South China Sea, Chomsky presents the New York Times’ analysis that such an expansion might “deny the ability of American warships to operate in international waters off its coast.” Chomsky here notes that this analysis has an implicit assumption: that China does
not have a right to operate a military off of “its coast,” and America does.

It has yet to be proposed that the U.S. should eliminate military forces that deny the Caribbean to Chinese warships. China’s lack of understanding of the rules of international civility is further illustrated by its objections to plans for the advanced nuclear-powered aircraft carrier George Washington to join naval exercises a few miles off China’s coast, giving it the alleged capacity to strike Beijing.1

Here Chomsky deftly undermines any sense of righteousness Americans may feel, when the thought of a Chinese fleet based in the Caribbean would surely send Washington into apoplexy. Roth may perhaps feel that Chomsky should have discussed China in a different manner. But it is deceitful to claim that he “largely ignores” the issue. Rather, Roth simply doesn’t care for what Chomsky is saying.

According to Roth, in Chomsky’s book “Africa barely appears,” but again it appears Roth just doesn’t agree with what Chomsky has to say on the subject. Roth manages to miss the discussion of American supported violence in Angola in the 1970s and ’80s, violence directed against left-wing forces fighting South African aggression before the Angolan elections.2 He likewise ignores Chomsky’s observation that France is “still today the main protector of the brutal dictatorships in its former colonies,” which “manages to overlook its hideous atrocities in Africa.”3 After World War II, Chomsky records, senior diplomat and State Department planner George Kennan “determined that the United States had no special interest in Africa, so it should be handed over to Europe to ‘exploit’ — his word — for its reconstruction. In the light of history, one might have imagined a different relationship between Europe and Africa, but there is no indication that that was ever considered.4

Turning to South America, Roth has more tricks up his sleeve. The US-supported coup against the socialist regime of Salvador Allende, deposing him on September 11, 1973, led to the rule of General Augusto Pinochet, “who proceeded to execute some three thousand people,” as Roth graciously acknowledges.

Americans, as Roth notes, are “rightly appalled by al-Qaeda’s attacks” 15 years later, but America’s attack on Chile has been “relegated to distant memory.” Chomsky himself has repeatedly referred to the 9/11 attacks on America as “horrendous.” Yet here he goes on to say that the “crimes could have been even worse.”

A CHINESE FLEET BASED IN THE CARIBBEAN WOULD SEND WASHINGTON INTO APOPLEXY. So why should the US operate a fleet off the coast of china?

Suppose that Flight 93, downed by courageous passengers in Pennsylvania, had hit the White House, killing the president. Suppose that the perpetrators of the crime planned to, and did, impose a military dictatorship that killed thousands and tortured tens of thousands. Suppose the new dictatorship established, with the support of the criminals, an international terror center that helped install similar torture-and-terror states elsewhere.5

Chomsky quickly points out that this is “not a thought experiment,” but what actually happened to Chile during “what in Latin America is often called ‘the first 9/11.’”6 Roth carefully writes that “the US-endorsed overthrow” of Allende, taking place during “what Chomsky calls ‘the first 9/11’ … was meant, in the words of the Nixon administration quoted by Chomsky, to kill the ‘virus’ before it ‘spread contagion’ among those who didn’t want to accommodate the interests of a US-led order.” That is not quite what Chomsky wrote, nor does it designate the source of the quote: National Security Adviser Henry Kissinger. According to Chomsky, Nixon’s National Security Council concluded that “if the United States could not control Latin America, it could not expect ‘to achieve a successful order elsewhere in the world.’” Otherwise, Kissinger declared, “Washington’s ‘credibility’ would be undermined.”7

As for the Mideast, Roth marshals the example of the Sykes-Picot Agreement, signed one century ago, which “divided the former Ottoman Empire among British and French colonial powers.” He comments that Chomsky is correct to say that “the borders were drawn arbitrarily, and that the multiethnic and multiconfessional states they produced are difficult to govern,”  following this by asking, “is that really an adequate explanation of the region’s current turmoil?” Yet Chomsky never relies on Sykes-Picot as “an adequate explanation of the region’s current turmoil.” So what are Roth’s intentions?

In a July 14 reply to Chomsky’s letter to the Review editors, Roth wrote that Chomsky declares “the rise of the Islamic State (ISIS) in Iraq” to be “‘a direct outgrowth’ of George W. Bush’s invasion [in 2003].” While “there is no doubt that the invasion and subsequent occupation and dismantling of the state were a disaster that greatly contributed to the rise of ISIS in Iraq,” Roth adds, “where it now controls the country’s second-largest city,” this evades “many other factors, such as the discriminatory and abusive laws and policies against Sunnis by the government of former prime minister Nouri al-Maliki.” Roth says that Maliki’s “indiscriminate bombing of Sunni areas … led many Sunnis to see ISIS as a lesser evil.” Al Qaeda and ISIS “certainly have no intention of abiding by international standards,” Roth accurately observes. Yet how much does that matter, if ISIS would likely not exist had it not been for the US-led invasion?

Most intriguing of Roth’s omissions is Chomsky’s citation of a study conducted by Physicians for Social Responsibility, Physicians for Global Survival, and International Physicians for the Prevention of Nuclear War—human rights organizations from the United States, Canada, and Germany, respectively—that sought “to provide as realistic an estimate as possible of the total body count in the three main war zones [Iraq, Afghanistan, and Pakistan] during 12 years of ‘war on terrorism.’”8 Their “conservative estimate” is that the global war on terror “killed about 1.3 million people, a toll that ‘could also be in excess of 2 million.’” There was “virtually no mention of it” in the news media, leading to Chomsky’s devastatingly succinct question: “Who cares?”6 In ignoring this passage, one may assume that Roth is among those who does not care.

Roth concedes that “it is useful to read Chomsky because he does undermine the facile if comforting myths that are often used to justify US action abroad—the distinction between, as Chomsky puts it, ‘what we stand for’ and ‘what we do.’” His “polemic” offers a viewpoint “held not only by American critics on the left but also many people around the world who are more likely to think of themselves as targeted rather than protected by US military power.” These are hard truths, which Roth makes sound as civil and courteous as a parlor room discussion.

A pattern emerges. Roth would have Chomsky toe the line, mouthing quiet criticisms of American means while always praising American ends. But the emeritus linguistics professor and world renowned dissident has his own agenda. One only hopes that Americans—most especially, our future president—are listening.

Who Rules the World?