Why “Looking” Bothered Me
In March, after the end of its second season and a few days of intense speculation, the death knell was sounded for HBO’s Looking, the only recent series on American television with a central cast ... 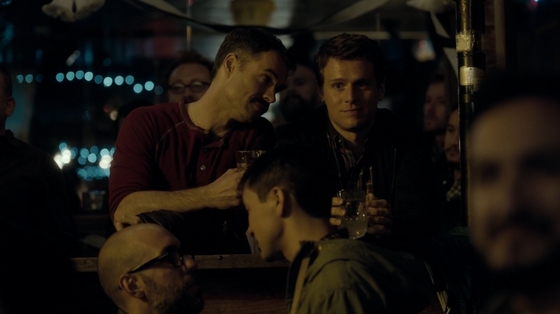 In March, after the end of its second season and a few days of intense speculation, the death knell was sounded for HBO’s Looking, the only recent series on American television with a central cast composed mainly of gay characters. Controversial since its debut, the news of its cancellation has only sparked further debate about the show’s merits and place within gay culture: was it an accurate depiction of gay life in 2015? Was it boring? Was it funny? Will Patrick (the show’s main character, played by Jonathan Groff) ever stop whining?

Since the show was first announced by HBO in 2013, it has inevitably been compared to the Showtime series Queer as Folk, the only other mainstream American television show to focus primarily on the lives of gay characters, which aired from 2000–2005. Looking back on it now, that earlier program now seems hopelessly dated: it was a time, after all, when sodomy was still illegal in 13 states, and gay marriage was a social experiment available only in Massachusetts. The show’s exploration of queerness must have felt edgier back then, more controversial, and certainly more taboo. Here were characters who were largely out and proud, who had anonymous, casual sex, who did drugs, and who had more interest in partying than in settling down in any kind of traditional relationship.

Just as Queer as Folk was a mirror of its time, Looking’s arrival signaled the enormous shifts that had taken place in gay rights over the last ten years. In a world where gayness was no longer particularly remarkable or outré, three gay men in San Francisco were, to paraphrase the show’s tagline, looking for “something real.” They, unlike some of their brethren on Queer as Folk, wanted stable, long-term relationships, the kind of love that had always been available to heterosexual couples but seemed only newly possible for them. If Queer as Folk was in-your-face and confrontational about its gayness, Looking suggested that such posturing was no longer necessary, that gay men didn’t need to see themselves as outcasts or activists solely because of their sexuality.

At the time it was on the air, many people saw Queer as Folk as a harmful portrayal of homosexuality, an extension of the stereotype of gay men as promiscuous and vapid that would damage the cause of equal rights. In 2014, the creators of Looking assured viewers that their show would not follow that model. “There’s a lot more to them than just being gay,” said the show’s executive producer Andrew Haigh when asked about its relationship to the Showtime series. It was a sentiment echoed by Groff who said that, for the characters on his show, coming out is “not the big issue in their lives.” To many viewers and critics, this is what made Looking valuable and important. Here was an “accurate” depiction of gay life that was not over-the-top or riddled with stereotypes. Gay men, it argued, could be just like everyone else.

But the question of which show gets closer to the truth of gay life—which one avoids stereotyping and shows gay men as they “really are”—ultimately misses the point. Just as there are many gay men who are looking for the trappings of a traditional heterosexual lifestyle (marriage, home ownership, monogamy), there are still others who do drugs, party, and have casual sex without the desire to get hitched or settle down. The gay community cannot be neatly summarized by either portrayal. The problem is that, in a world where there has never been more than one television program about gay characters airing at any given time, the stakes of these depictions are higher. We know already that straight people live many different kinds of lives. Some sleep around while others want stability, and we see both types (and every variation in between) depicted on television with regularity. But when there is only one vision of your world and your lifestyle to look at on TV, people get defensive. “That’s a stereotype!” they proclaim, hoping to delegitimize a depiction that they see as patently false because they cannot recognize themselves in it. The reality is that Queer as Folk and Looking both present images of gay life that have some validity, and both have contributed to a more multi-dimensional view of gay men in the United States. The difference between them lies in how they approach this diversity of gay lifestyles, and it is here that Looking begins to seem like the more regressive of the two programs.

His character, then, is a stand-in for the viewer that Looking is presumably trying to court: the “normal” gay men (and straight people) who no longer see the need for the communities and activities (leather, anonymous sex) that have historically played a role in gay life. In the final episode of the second season, Patrick is aghast to discover that the man he thought he would settle down with wants to explore the possibility of an open relationship. Though the boyfriend’s behavior is admittedly circumspect and dishonest, the very concept is treated as a grave betrayal, an affront to the kind of life that Patrick wants to lead. Of course, many gay men do have open relationships and lead happy, fulfilling lives, but on Looking this possibility is anathema. An open relationship is merely “an excuse to fuck around,” as Patrick succinctly puts it, inviting the viewer at home to nod along in tacit approval. Why would anyone want such a thing, the show asks, when you could have monogamy instead?

This, then, is the problem that I have when I watch Looking. The nontraditional lifestyles that featured prominently in gay culture of the past are held up for our curiosity like a diorama in an ethnographic museum. “Aren’t these people strange?” the show invites us to ask. “Who would ever want to do this when the option to live a ‘regular’ life is now at hand?” The characters on Queer as Folk lived in a world that was often escapist and decadent, but the show did not apologize for them or act as though one version of gayness was preferable to another. In fact, the tension between these two worldviews became one of the central themes of the show, and in the final season the characters reconcile themselves to the fact that what works for one person may not for another. It is one thing to present a certain vision of gay life on a television show—as I said before, there are both traditional and nontraditional gay men in this country, and many of the people I have spoken to about Looking find it to be an accurate approximation of the word they live in. But to present certain parts of the gay community as aberrant in a bid to establish one’s “normality” is problematic, a doubling-back in the struggle for difference and inclusion that defined the gay rights movement from its inception.

The world that Looking shows us is, on the surface, more progressive. Gay people can now get married in 37 states instead of just one, and the possibility to live a “normal” life is a reality for many, though not all. But in its othering of the nontraditional, in its trepidation to envision a life for its characters outside of the rigidly-defined parameters of heteronormativity, the show reveals an insidious side-effect of the progress that gay people have made since the dawn of the 21st century. Equality, the show suggests, means being able to live and love exactly as straight people have always done; anything outside that model is not only outdated, but threatening and strange.

In talking to my straight friends who watched Looking, a few admitted to being put off by the show’s depictions of gay sex, though these scenes were fairly demure by HBO standards and certainly not as graphic as those on Queer as Folk. If it is true that even this small dose of gay sexuality was too much for many heterosexual people to stomach, then Looking was doomed from the beginning. Not content to be merely a niche program for gay audiences like Queer as Folk, it gambled on the idea that there could be a show about the lives of gay men that would find a wider circle of viewers, hoping to become, as many have called it since its debut, the gay version of HBO’s popular series Girls.

But in seeking to please everyone, the show pleased almost no one: many gay men found it boring and overly tame, while straight audiences were probably still not ready for a show focused almost entirely on gay dating and romance. The show’s fate speaks to the ongoing difficulty of representing gay people in mainstream American culture, as well as to the broader risk that the gay rights movement courts in aping existing standards of normative behavior. Though Looking did its best to “fit in,” to prove that it could shed the baggage of overt sexuality that had weighed down Queer as Folk, it remained too different, “too gay,” to be palatable to the public at large. Denied the kind of broad acceptance it sought while remaining equally distant from much of the community it hoped to portray, the show became—like Patrick himself—an outsider in both worlds, adrift in a culture that it could not fully process or understand. 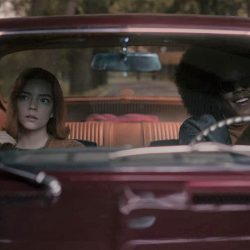