You Can Call It “The Cuban”: Miami, Florida
The fall of 2018 in Miami saw the grand opening of an institution you would’ve thought the city already had. The ... 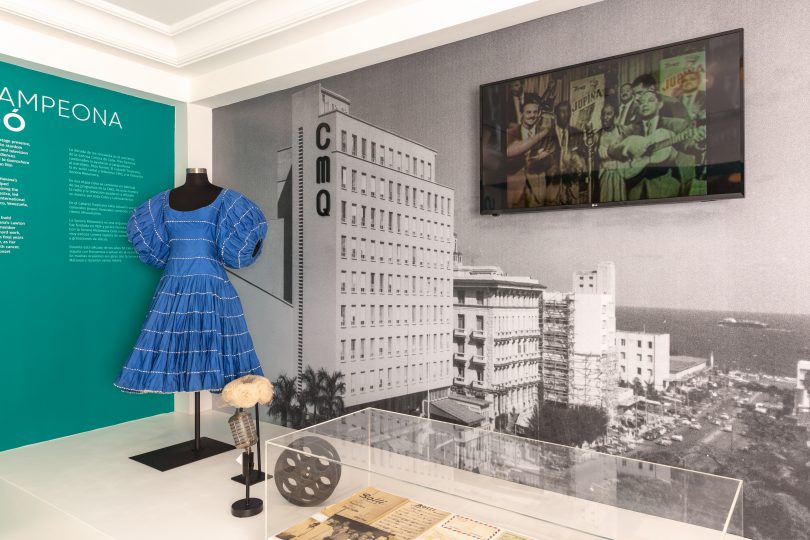 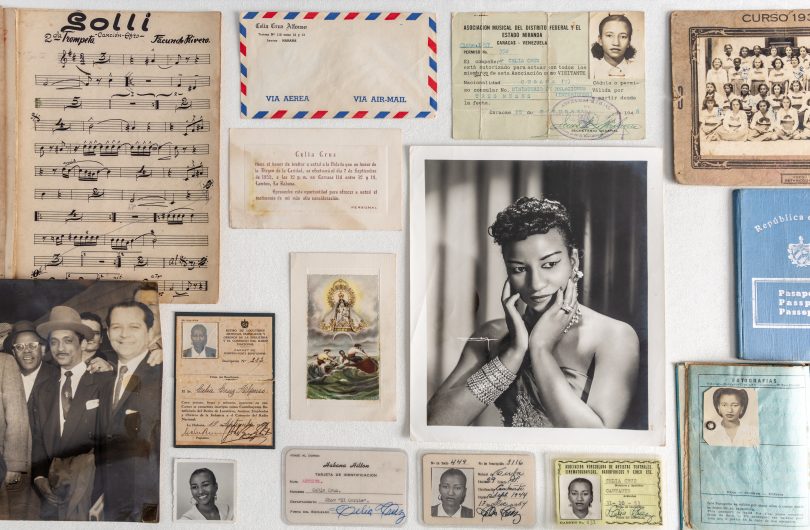 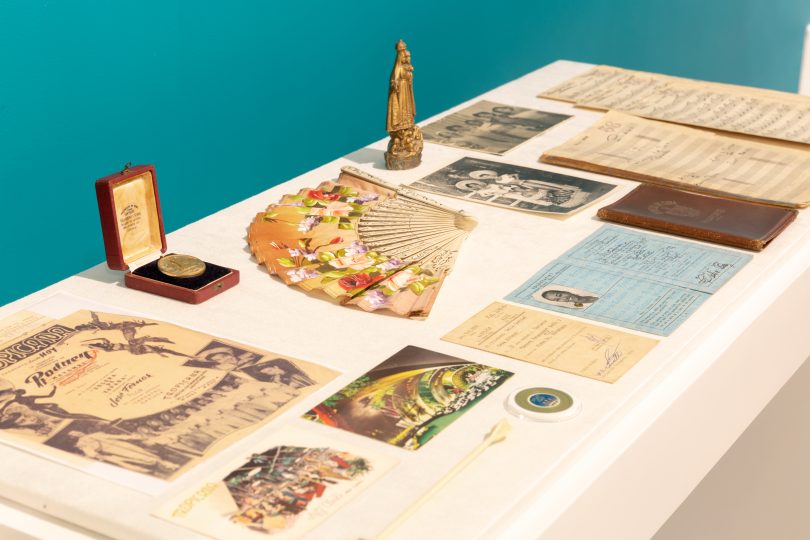 Ephemera from Havana’s renowned Tropicana Club, where Celia rose to fame, and personal effects, including a painted hand fan. 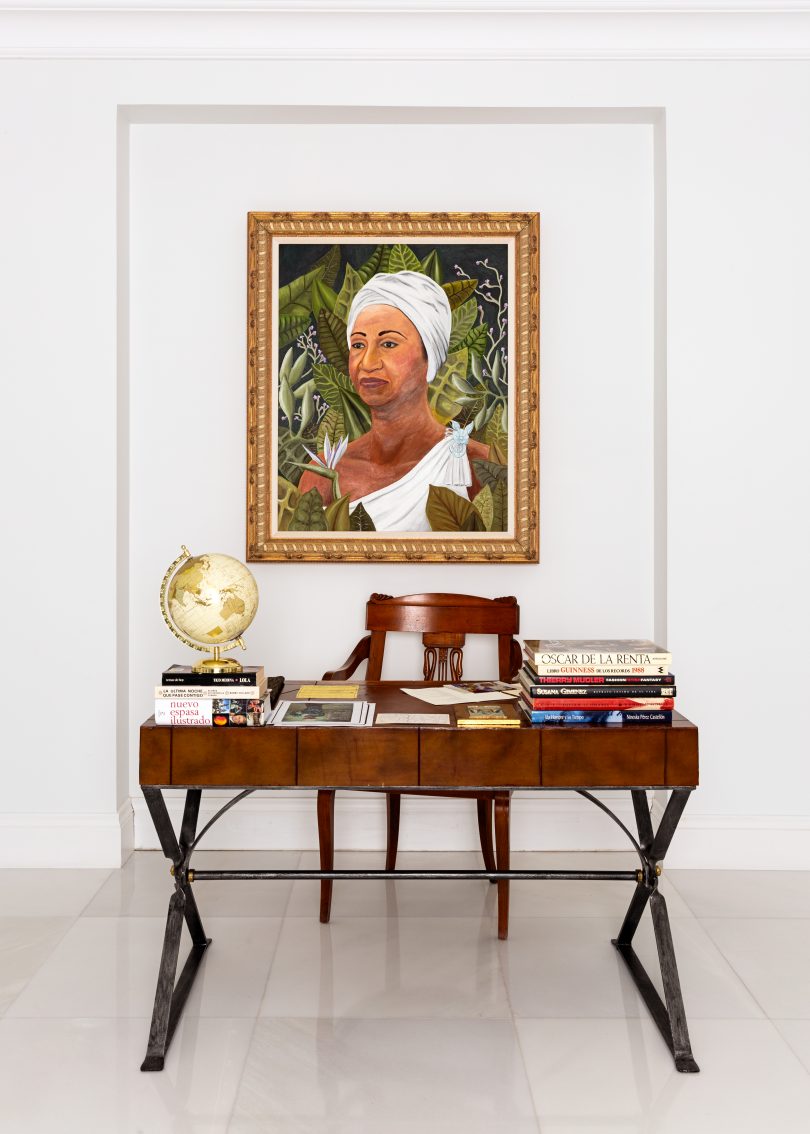 Reproduction of the study in Celia’s New Jersey home, featuring her own desk, chair, books, and personal items. 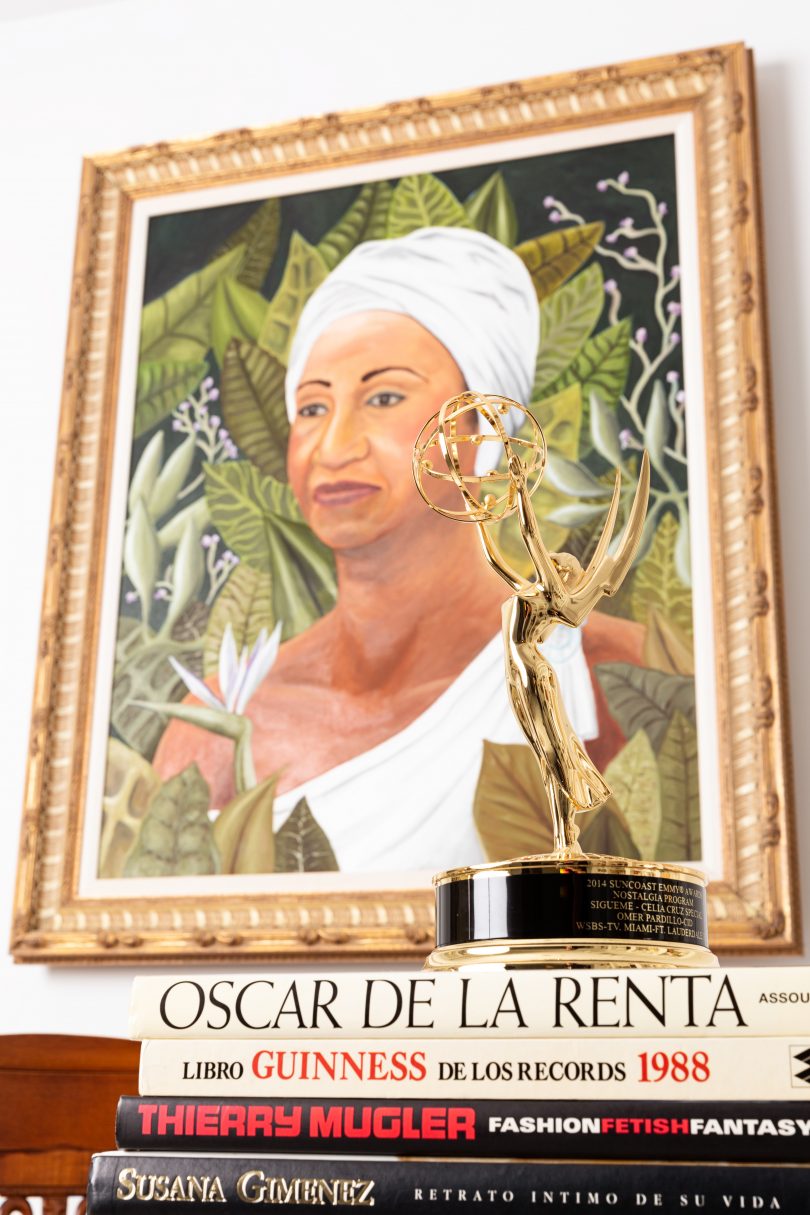 Detail of painting that hung in the study in Celia’s New Jersey home, with her own books and Emmy award. 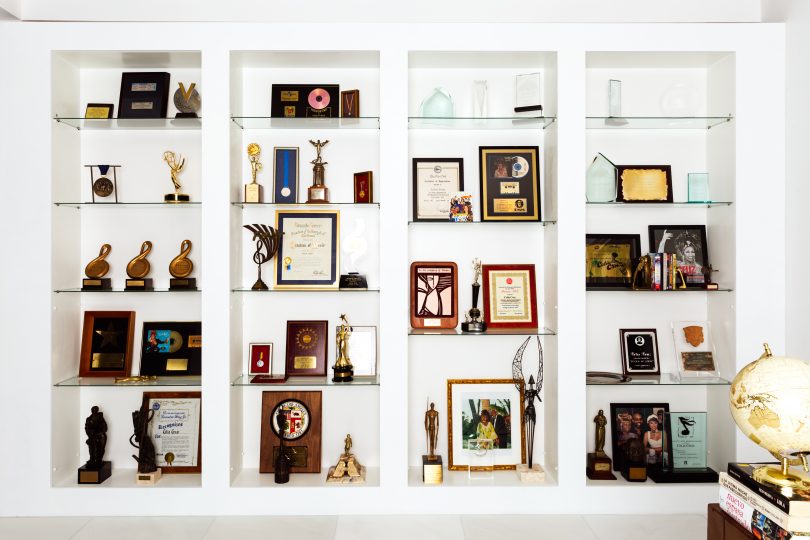 Floor to ceiling display case housing Celia’s many trophies and awards, part of a reproduction of the study in Celia’s New Jersey home.

A rumbera-style dress worn by Celia, featured along with her star turns in vintage ads and early performance footage. 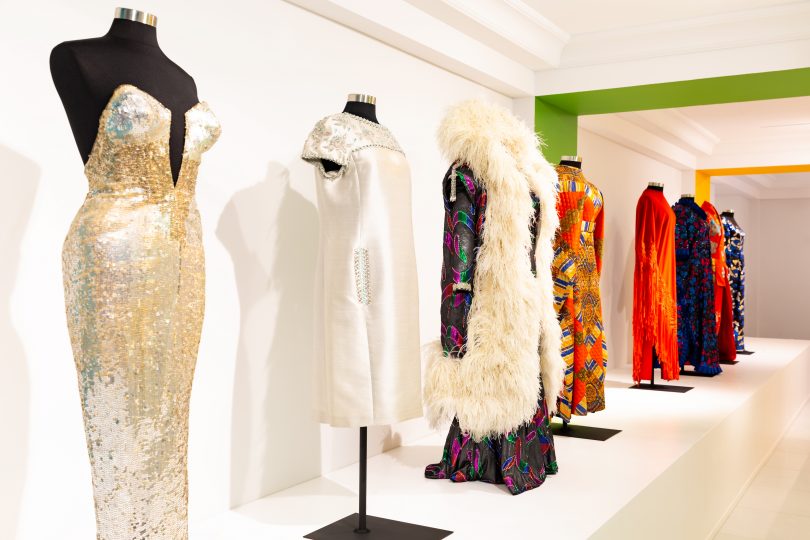 The inner walls of the galleries feature a parade of Celia’s iconic dresses and shoes. 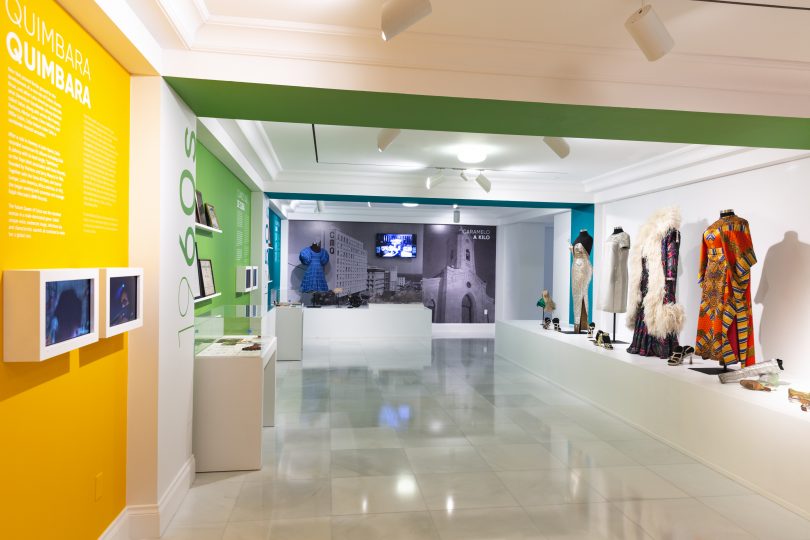 Museum visitors can dance through the decades: watching incredible performances, admiring Celia’s iconic fashion sense, and exploring the turning points of her life. 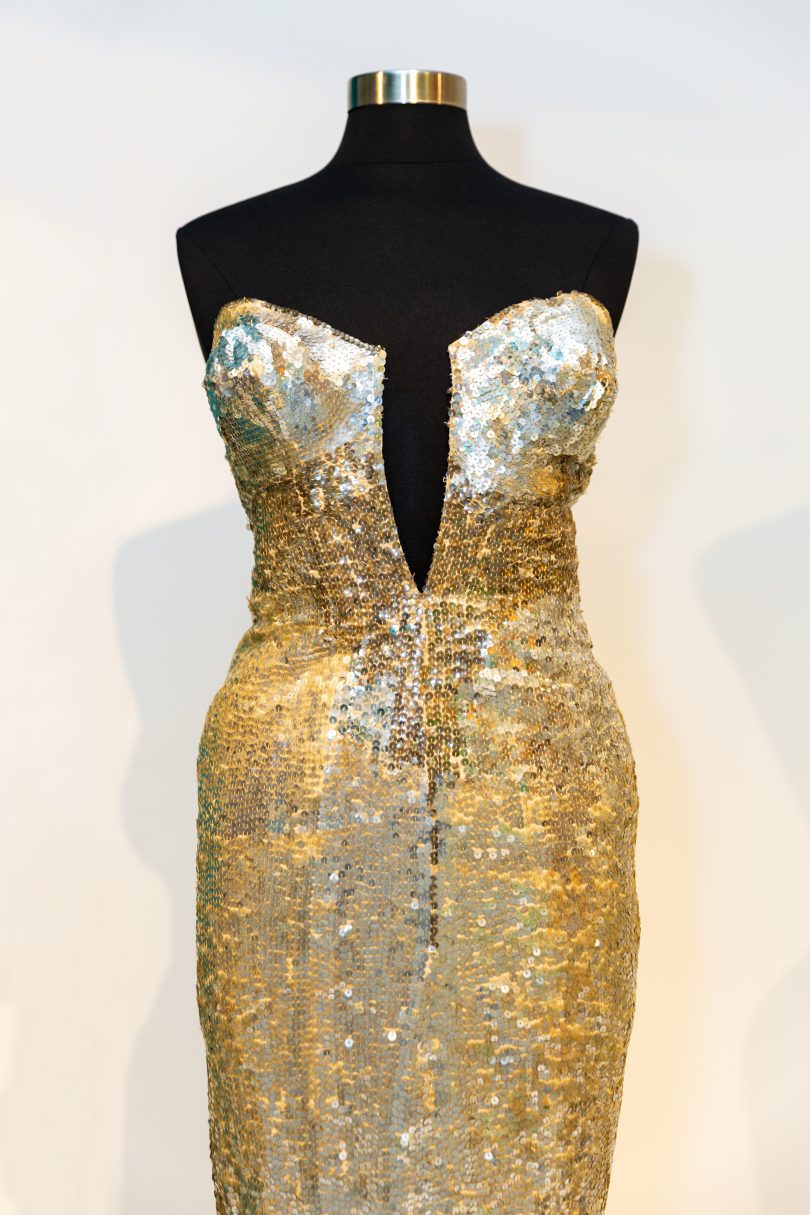 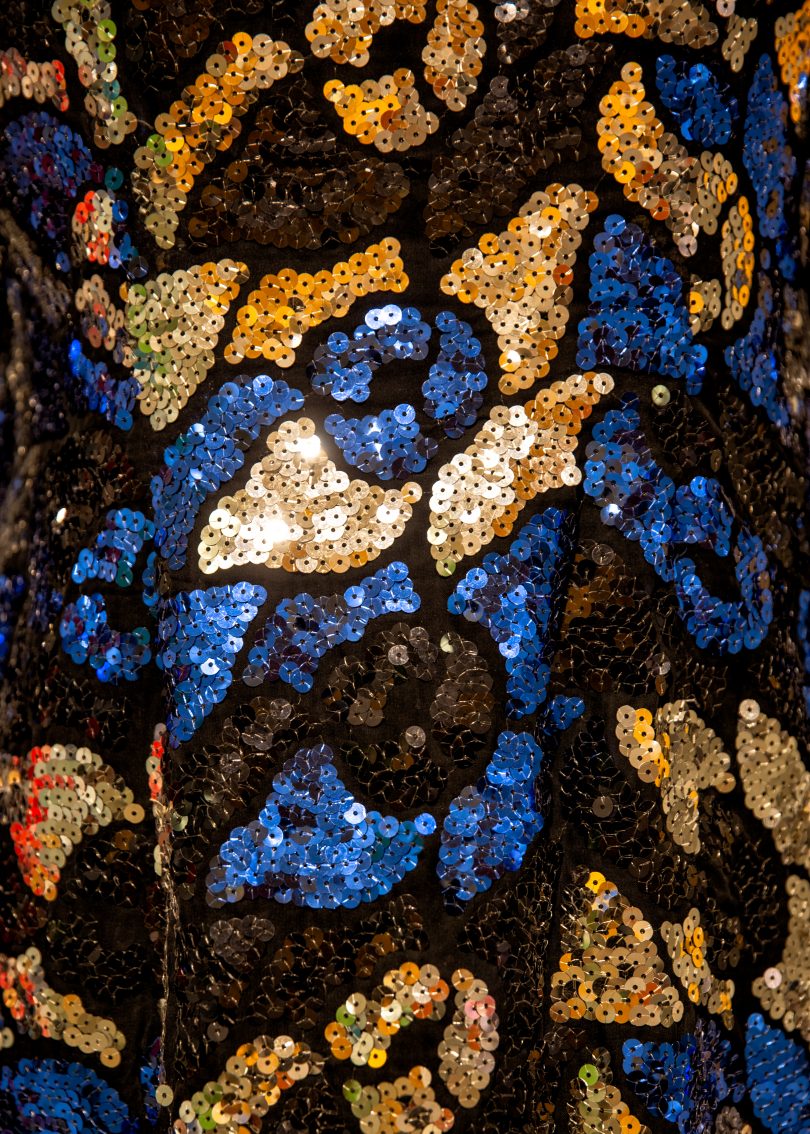 Detail of silver, black and blue sequin dress worn by Celia during a performance at the Hollywood Bowl.

The fall of 2018 in Miami saw the grand opening of an institution you would’ve thought the city already had. The American Museum of the Cuban Diaspora—or The Cuban, for short—is housed in an elegant two-story building in the heart of the city. The name of the museum is significant: its mission is to present Cuban art from the diaspora, not from those living on the island. This focus is in no way meant to pass judgment on Cuban artists from Cuba. The Cuban just has a different story to tell; and for a city that has been called “la capital del exilio”—with monuments and historical museums speaking to the Cuban experience—this is a natural, and long overdue, addition. Almost 60 years after the revolution, Miami finally has a home for Cuban artists that went into exile.

The Cuban is now home to a dazzling new exhibit, “Forever Celia,” celebrating the life and art of the beloved Cuban-born “Queen of Salsa,” Celia Cruz. Presented in collaboration with the Celia Cruz Foundation—and curated by Cruz’s former manager, Omer Pardillo-Cid—the exhibit is the largest display of Cruz memorabilia ever mounted. As executor of her estate, Mr. Pardillo-Cid had unique access to all things Celia. “This is only about half of what we could have shown,” he told me. “She kept everything.”

The show is not only the Technicolor riot of costumes and wigs that you would expect from a Celia Cruz exhibit, but an exhaustive presentation of her personal memorabilia and other ephemera, spanning the singer’s entire life and career. The displays move chronologically: from her early success in 1950s Havana, to her exile in the United States in the ’60s, to the Fania All-Stars in New York in the ’70s, and to a string of Grammys and worldwide acclaim in the later part of her life. Upstairs, in the auditorium, a documentary plays on continuous loop. There is even a recreation of the singer’s private study in her Fort Lee, New Jersey home, with display cases full of trophies and plaques. 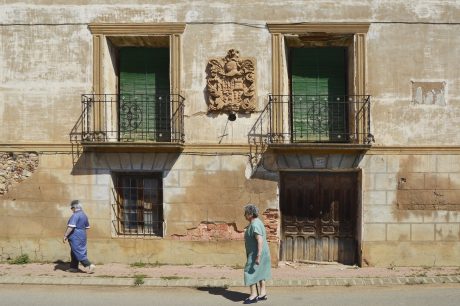 After all the dresses, photos, videos, and awards, the show ends with an exhibit recalling the public mourning that attended her passing in 2003. Although she never lived in Miami, during her seven-month battle with brain cancer she let it be known that she wanted a public viewing there after her death. She would have a subsequent public viewing at the famous Frank E. Campbell Funeral Chapel in Manhattan and another funeral Mass at St. Patrick’s Cathedral, so the fact that she herself requested ceremonies in Miami is quite significant. On the day of the funeral, downtown Miami saw a crowd that has been estimated at anywhere between 75,000 to 150,000 people. They formed a line that stretched 15 blocks as they waited to file past her casket in the Freedom Tower.

There could be no better venue for such an event. Built in 1925 as the headquarters of the Miami News—and inspired by the Giralda Tower in Seville, Spain—the building was used by the US government during the 1960s and early ’70s to process and provide services to Cubans fleeing the Castro revolution. For the exile community, it is like a combination of Ellis Island and the Statue of Liberty. One of Miami’s most famous landmarks, it was draped with a massive Cuban flag for this occasion. There followed a procession to a nearby Catholic church, where a funeral Mass was celebrated, attended by the entertainment and political elite.

The images and newspaper reproductions of her Miami memorial, coming as they do at the end of the exhibit, serve to reinforce her status as an icon for Cuban exiles. You leave the show not only impressed by her cultural impact, but moved by the affection she inspired across generations. 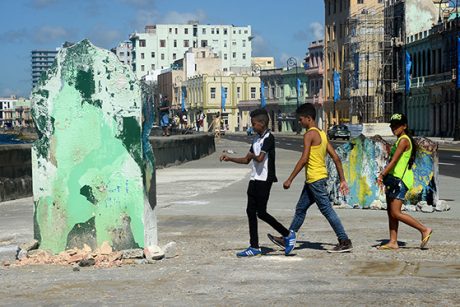 Breaking Down Walls at the Havana Biennial

The Cuban has taken a long, hard road to get here. The seeds were planted in 1996 as a “museum without walls,” staging events and exhibits at different venues throughout the city. 2004 saw the granting of ten million dollars of county bond money, allowing the organizers to purchase the building, which had been the rehearsal hall and offices for the Florida Grand Opera. Construction began in 2007, but additional funding dried up during the Great Recession, and the building eventually had to be gutted and rebuilt. It was a delay no one foresaw, pushing the debut back to November of 2016. In what was essentially a two-year soft opening, during which business hours were very limited, The Cuban hosted two other exhibits, as well as developed an education program for middle school students in the Miami-Dade County Public Schools. This month sees them up and running full-time.

A joyous mural of a laughing Celia Cruz now adorns The Cuban’s curving exterior wall, and as a celebration of an artist who was herself a Cuban exile, “Forever Celia” is perhaps the ideal show for the museum’s triumphant launch into the cultural community.

Featured image: A rumbera-style dress worn by Celia, featured along with her star turns in vintage ads and early performance footage. All photographs by Osmany Torres, courtesy of the American Museum for the Cuban Diaspora