Your Prius Is Not Enough
Many of those who voted for Donald Trump were elated by his withdrawal from the Paris Climate Agreement. For Trump supporters, environmentalism is a dirty word, and like other policies designed to ... 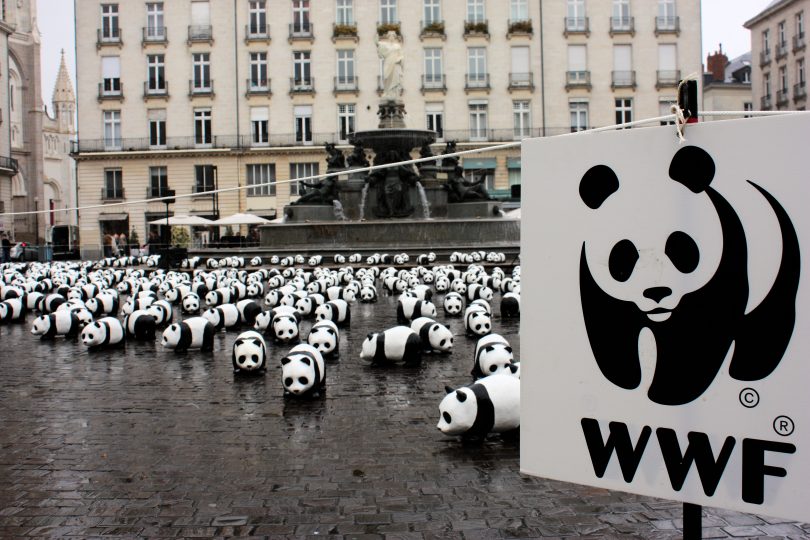 Many of those who voted for Donald Trump were elated by his withdrawal from the Paris Climate Agreement. For Trump supporters, environmentalism is a dirty word, and like other policies designed to protect the natural world, the Paris accord was bad for American jobs, foisted on the country by out-of-touch tree huggers.

Environmentalists, the stereotype goes, are not concerned with solving problems but only in moralizing to others, often those with less time and money to make choices about what kind of products they buy or what industries they work in. They are people who park their $90,000 Teslas in front of Whole Foods brimming with sanctimonious ego. They renovate their homes, change their diets, and stay in Balinese eco-lodges. Their particular version of environmentalism more closely resembles a fashion makeover than actual stewardship of nature. This stereotype is an invention of conservatives that goes back to at least George H. W. Bush, who, in 1992, quipped that Al Gore was “so far out in the environmental extreme we’ll be up to our necks in owls and outta work for every American.”

The new book Environmentalism of the Rich by Peter Dauvergne traces the shifting tactics of mainstream environmentalism from the radicalism of the 1970s to the corporate partnerships of the 1990s, in which companies accomplished incremental changes through in-house consultations with groups like the Sierra Club. It details how many green groups began as firebrand protectors of the earth, deeply inspired by indigenous movements that opposed the sale and commodification of nature, but have since morphed into something akin to compliance departments for large companies.

This strategy has produced some laudable short-term gains in terms of how people think about the environmental impact of consumption. They are, for instance, more label conscious and attuned to words like organic and fair trade. However, the new normal of eco-groups substitutes activism for consulting and designating green product lines, rather than urging people to stop shopping. Mainstream environmentalism has lost its ability to provide an ecological worldview. It has caved to the desires of consumers who want to buy without shame. More direly, mainstream environmental groups have given some of the world’s most polluting companies an alibi, by allowing for dangerous gradualism when it comes to enacting laws and regulations that would truly protect the planet.

While conscious consumption tactics look good on the shelves of Whole Foods, they don’t feel good for the rest of the world.

The radicalism of 1970s environmentalism paved the way for more accommodationist arrangements of today, in which organizations like the World Wildlife Fund and Nature Conservancy now partner with Coca-Cola and Dow Chemical to consult on sustainability. While industry-advocacy partnerships have indeed produced some positive results—such as preserving environmentally sensitive forests and preventing over-fishing—they have also shifted the terms of engagement among environmentalists, regulators, and industry. Ideologically, this has meant a widespread abandonment of anti-consumption environmentalism in favor of the have-your-cake-and-eat-it-too model of green product lines, such as bathroom products from Procter & Gamble in consultation with Greenpeace. This approach asks no one to buy less, only to buy smart.

Green movements of the Global North and the Global South are markedly different; within that divide, unique national experiences have produced a variety of environmentalisms, some of which do not even use the name and prefer to align with indigenous rights or class-based movements. The 1970s environmental movement came of age during a time of decolonization, and many pioneers of the movement were allies of nations in the Global South seeking both political independence and more autonomy within the global economy. Dauvergne shows that most resource extraction has imperial roots, when European powers saw the wider world as a zone for the collection, and often pillage, of raw materials. The “green” decolonization movement was fundamentally anti-capitalist; it suffered when many Global North environmentalists chose to advocate for a green economy, rather than a new economy based on rethinking global trade.

Dauvergne makes clear that the environmentalism of the Global South is an inspiration and possible antidote to the changes that have occurred in North America and Europe. Movements—such as the famous 1999 “Water War” in the Bolivian city of Cochabamba, which mobilized thousands of street protestors against privatization of drinking water—have directly confronted companies that seek to privatize or exploit natural resources. In Bolivia and other parts of Latin America, environmental movements integrated indigenous traditions into their coalitions, to emphasize the spiritual and moral consequences of environmental destruction. In the case of Cochabamba, privatization not only deprives people of clean water, it violates religious bonds with nature.

The majority of the book examines the histories of people whose affiliation with mainstream environmentalism has evolved since the 1970s. These include: Adbusters founder Kalle Lasn, who draws on mass marketing and guerilla advertising techniques for social justice causes (including Occupy Wall Street, in which he played a key early role); Patrick Moore, a former Greenpeace Canada president who became a skeptic of environmentalism writ large and is now a lobbyist for nuclear power and the logging industry; and Paul Watson, who went the opposite direction: leaving Greenpeace to start a fleet of activist ships aimed at disrupting Canadian whale hunts and pelt gathering. There is also a fascinating chapter on the Swiss rainforest radical Bruno Manser, who romanticized underdevelopment in Borneo and eventually disappeared in the jungle during a dispute with the Malaysian government.

While the biographies are mixed, there is a general direction: activists went from indicting the entire global economy to publicizing virtuous and villainous companies, focusing mostly on compliance with existing laws. Cooperating companies went from receiving lawsuit notices printed on the World Wildlife Fund panda letterhead, to putting that very same lovable logo on their t-shirts, dog biscuits, and canned tuna fish as a mark of their environmental commitment. Dauvergne shows that this cooperation made consumption less conflicting, because green groups branded certain products as ethically produced: “Across the world consumers are responding to the sustainability call … They are buying Chiquita organic bananas and Toyota Priuses. They are trading in old refrigerators and installing low-flush toilets. They are seeking out eco-tourist adventures and purchasing carbon offsets when flying.” Environmental groups, by endorsing corporate attempts to go green, ended up refocusing their mission as gatekeepers to the grand bazar of global commerce: validating some merchants while demonizing others, but seldom telling shoppers to get out of the market altogether.

While anti-consumption environmentalists have lost the radical eco-utopianism of the 1970s, the overall awareness of environmental challenges has grown tremendously. Gone are the pre-Silent Spring days when most Americans would gladly sit in a field while a crop duster dumped DDT on their picnic. Advocacy, journalism, and scientific studies have raised consciousness about lead in the water, farming techniques, and industrial contamination of rivers, to name just a few areas of concern. “Just about every culture has come to embrace the language of sustainability,” Dauvergne tells us. “‘Swamps’ have become ‘wetlands,’ ‘jungles’ have become ‘biodiversity hotspots’… Environmentalism has altered the cultural frames for hundreds of animals.” This seems true for Europeans and North Americans living the good life with refrigerator calendars of polar bears, but less true for up-and-coming global economies. It is certainly not the case for poor countries, where dire economic circumstances take precedence over stewardship of nature: encouraging activities like poaching and rainforest logging. 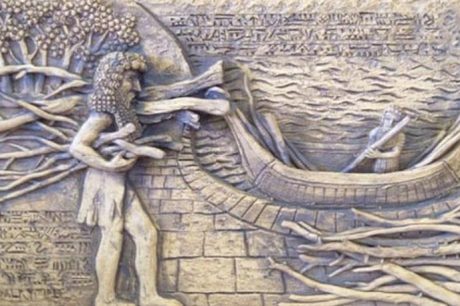 Additionally, Dauvergnes argues, increased awareness has not necessarily translated into increased regulation. Rather, major EPA regulatory victories were made in the 1970s and have not enjoyed similar wins for a generation. Under President Trump, the EPA stands to get even weaker, if not disappear altogether. The new environmentalism is also less legislatively engaged. It is far more focused on individual behavior and buying habits rather than the state’s role in mitigating environmental risks like pollution. The individualizing of environmental responsibilities follows the market orthodoxy that consumers will shape policy on their own through their choices, and that the best thing for regulators to do is step back. But that theory doesn’t hold water when we consider the huge asymmetry in information that companies have over consumers in terms of knowledge about the chemical makeup of their products and the supply chains that created them.

The generation of Ralph Nader used proactive corporate lawsuits to produce a regulatory environment in which local and state governments were forced to do more to protect public safety. But campaigns against the “nanny state” have halted this trend, sometimes with copious amounts of money from the very companies involved in pollution—such as the massive conglomerate Koch Industries, which has emerged as a kingmaker in right-wing politics urging zealous deregulation.

The developed world is now woke to ethical consumption, but citizens of rich countries are still exhorted to buy: not for their own gratification but for the good of the planet. This strategy is a painful reminder of the unfulfilled promises of the 1968 generation, in that grand dreams were abandoned for lifestyle politics. It endorses the notion that markets will lead the way to a cleaner, greener future through corporate responsibility and new technologies: “they reassuringly presume that people can consume more of just about everything and still make progress toward global sustainability,” says Dauvergne. This kind of market utopianism promises the “triple win” of economic, social, and environmental gains: a pledge so ambitious that intense suspicion should be everyone’s first reaction. While conscious consumption tactics look good on the shelves of Whole Foods, they don’t feel good for the rest of the world. While some sustainability gains are real, many are derived from the intentional obfuscation of longer and murkier supply chains and outsourcing.

A year ago, Environmentalism of the Rich may have provoked a stronger sense of outrage at mainstream environmental groups who have gotten cozy with big business. But today, after all, isn’t a compromised consumer-oriented environmentalism better than “drill baby drill” and a Secretary of State who is consigliere to oil-rich autocrats?

The answer to this question can be both yes and no. On one hand, a diversity of tactics is needed to restore some semblance of environmental balance to a cooking planet. At the same time, without a radical environmentalism that addresses the economic system as a whole, these tactics are meaningless. Dauvergne is cautiously hopeful that the merging of environmentalisms from rich and poor country, as well as the scope of the current crisis, will provide a new philosophy, one that eschews the seductions of environmentalism of the rich in favor of frugality, quality of life, community wellbeing, social equality, corporate controls, and limits to growth. We won’t have much time to see if he’s right. 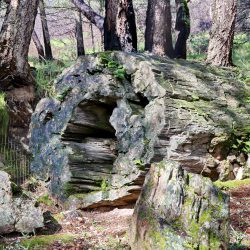 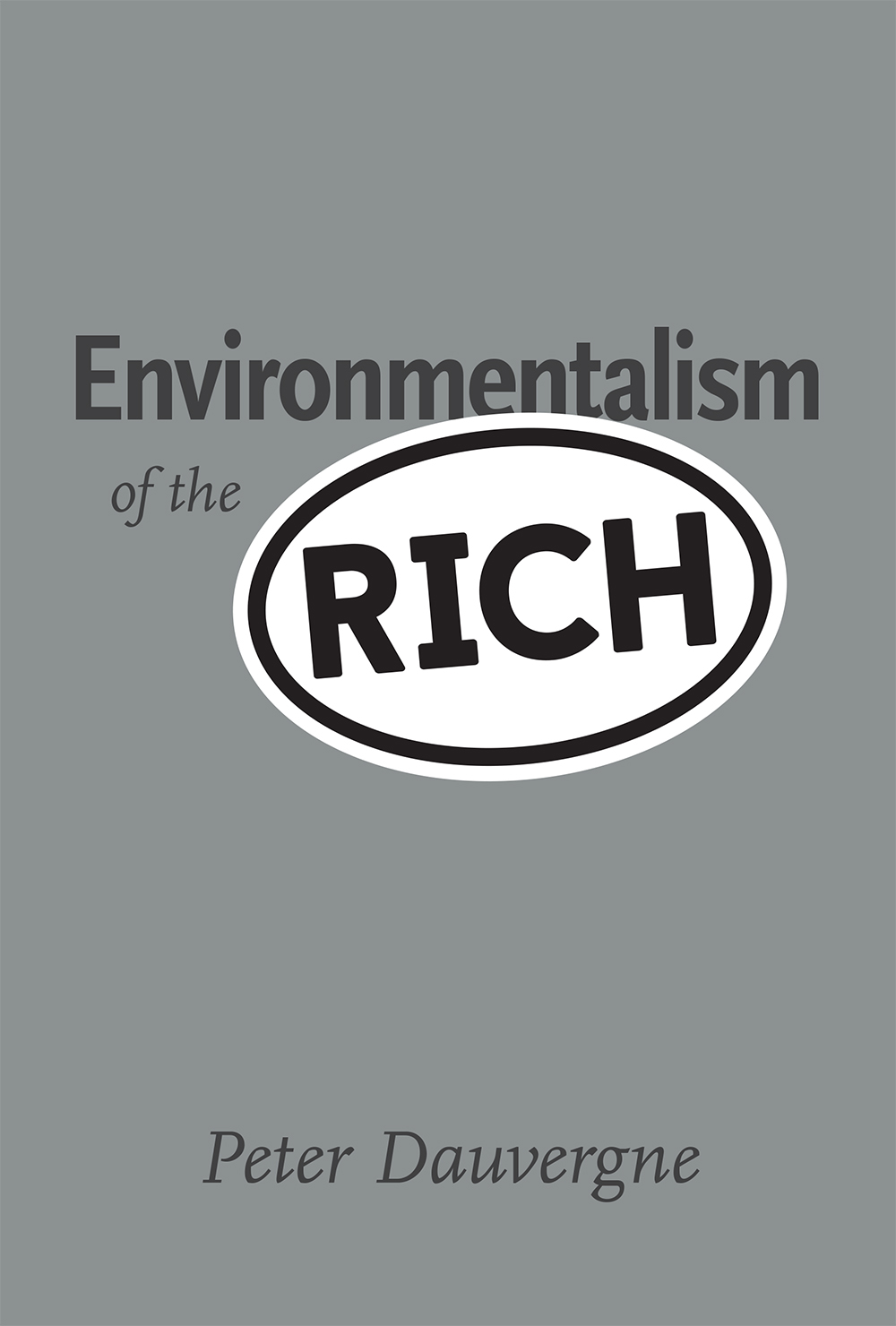 Environmentalism of the Rich