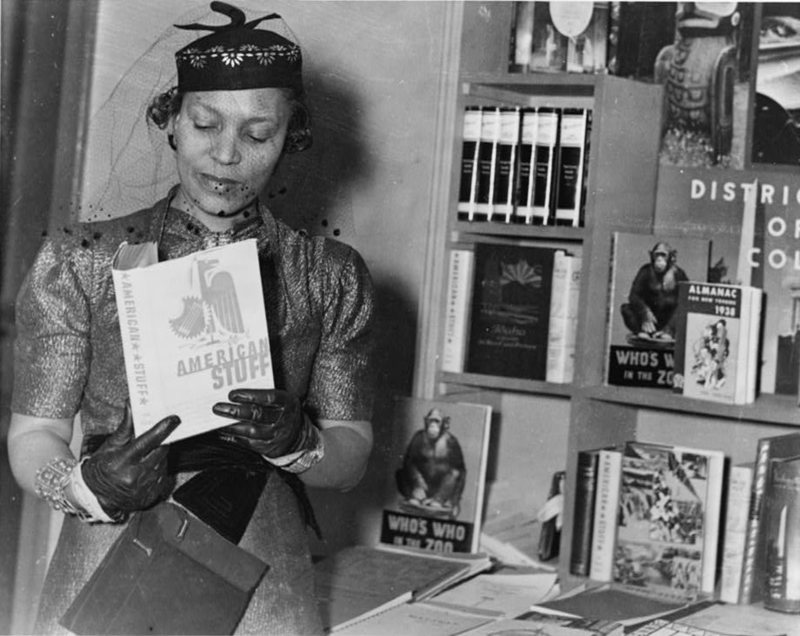 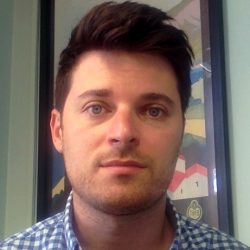 Throughout her life, Zora Neale Hurston held fast to a belief in the individual’s power against seemingly insurmountable forces, especially institutional racism. In one of her first published essays, “How It Feels to Be Colored Me” (1928), she proclaimed that she was “not tragically colored” and rejected what she called “the sobbing School of Negrohood.” Against “Race Pride” and “Race Men”—those committed primarily to black uplift—Hurston asserted a “cosmic Zora,” an individual soul that stood outside of the categories of race and time. Indeed, to reach the stars, Hurston disavowed the recent past:

Someone is always at my elbow reminding me that I am the granddaughter of slaves. It fails to register depression with me. Slavery is sixty years in the past. The operation was successful and the patient is doing well, thank you.

If Hurston were alive today, Kanye West would probably tweet that he loves the way she thinks. Donald Trump might call her a “very smart ‘thinker.’” Passages like the one cited above, found throughout her letters and autobiography, inspired John McWhorter to claim Hurston as a black conservative on par with Clarence Thomas and Thomas Sowell.

But the reality is that Hurston’s fiction and anthropology—much of which recovers the voices of workers and former slaves in the Caribbean and the US South—exceeds and frustrates the labels of right and left, conservative and liberal. One of the supreme values of Hurston’s work lies in its challenge to the categories that structure American politics and history, a challenge rooted primarily in her complex negotiation of what scholars have termed the “afterlife of slavery.”1 Often, Hurston’s avowed solution to this crisis—to slavery’s sustained psychic and material hold on black bodies and American social life—was to turn inward. To crib from Janie Crawford, Hurston’s semi-autobiographical protagonist in Their Eyes Were Watching God, freedom depended on the subject’s ability to separate “inside” from “outside,” to assert and exalt the individual will over and against historical forces.

The newly published Barracoon: The Story of the Last “Black Cargo” registers the difficulty of this separation. It reveals that Hurston knew well the degree to which slavery’s stubborn ongoing presence challenges even the grandest narratives of self-determination. The patient, it turns out, could not simply declare herself well.

Her first book-length project, Barracoon—named for the barracks that held captive slaves in West Africa before they were forced onto slave ships—traces the life of Kossola (or “Kossula,” as Hurston writes), better known as Cudjo Lewis, the last survivor of the transatlantic slave trade. “This is the life story of Cudjo Lewis, as told by himself,” Hurston writes in the preface. As the book’s editor, Deborah G. Plant, notes, Kossola’s first-person account of his remarkable life—as a native of Africa rather than America, longing for a real African past rather than an emancipated future, and putting forth no particular political agenda—makes for a unique contribution to the genre of the American slave narrative. 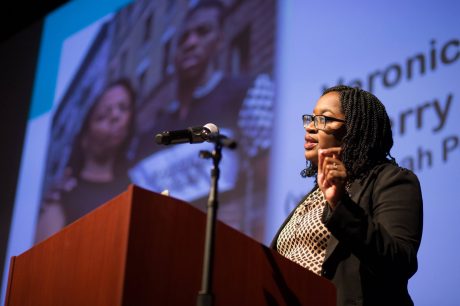 “We workee hard and save, and eat molassee and bread and buy de land from de Meaher,” Kossola recalls, speaking of the efforts he and other recently emancipated Yoruba took to purchase land from their former slaveholders. “Dey doan take off one five cent from de price for us. But we pay it all and take de lan’.”

Here we get one of Hurston’s most enduring, if controversial, contributions to 20th-century letters: her ability to translate the textures of local speech into written text. Here also is a hint of Hurston’s politics: the assertion and triumph of an individual will in the face of systemic violence, from Kossola’s capture by Dahoman warriors in West Africa in 1859, to his sale to American slavers, to his traumatic journey through the Middle Passage aboard the Clotilda, to his suffering and surviving over five years in slavery in Mobile, Alabama.

“We call our village Affican Town,” Kossola recalls. “We say dat ’cause we want to go back in de Affica soil and we see we cain go. Derefo’ we makee de Affica where dey fetch us.” Defining Africa as a state of being rather than a geographic place, Kossola perhaps inspired Hurston’s later account of self-determination in Moses, Man of the Mountain (1939): “No man may make another free. Freedom was something internal. … All you could do was to give the opportunity for freedom and the man himself must make his own emancipation.”

And make his own freedom he did. After emancipation, Kossola and his community of fellow Yoruba purchase land, build a church, and set up a local government and court system in accordance with West African customs. Soon after, Kossola marries, and he and his wife, Seely, raise six children together.

If only the story ended there.

“Barracoon” reveals that Hurston knew well the degree to which slavery’s stubborn ongoing presence challenges even the grandest narratives of self-determination.

In 1893, Kossola and Seely lose their only daughter at the age of 15. “Dat de first time in de Americky soil dat death find where my door is,” Kossola recalls. But it would not be the last.

Nine years later, their son Cudjo is killed by a deputy sheriff. In a footnote, Plant explains that the young Cudjo was believed to have killed one man with a gun and stabbed another. The local deputy sheriff, apparently too afraid of Cudjo to pursue an arrest, hid in a butcher’s wagon and shot him to death. “He say he de law,” Kossola complains to Hurston, “but he doan come ’rest him. If my boy done something wrong, it his place come ’rest him lak a man.”

Shortly before Cudjo’s death, Kossola is hit by a train. He suffers debilitating injuries that prevent him from working, so he sues and wins $650, a little under $20,000 in today’s US dollar. Two years later, his lawyer dies. Kossola never does secure the money owed him. Later, he finds his son David somehow decapitated near local train tracks.

By the time Hurston first meets Kossola, in 1927, he has lost all six of his children and his wife.

The persistence of violence in the “post-” of emancipation lies at the center of what Christina Sharpe has termed “the wake,” or what Saidiya Hartman describes as slavery’s afterlife:

If slavery exists as an issue in the political life of black America, it is not because of an antiquarian obsession with bygone days or the burden of a too-long memory, but because black lives are still imperiled and devalued by a racial calculus and a political arithmetic that were entrenched centuries ago. This is the afterlife of slavery—skewed life chances, limited access to health and education, premature death, incarceration, and impoverishment.2

Now, 87 years since Hurston completed Barracoon, what seems most familiar about Kossola’s narrative, what cuts to the quick in our present historical moment, is this legacy of violence—of premature deaths at the hands of scared cops, of daughters and sons perishing under mysterious circumstances, and of infinitely deferred reparations.

In her 1942 autobiography, Dust Tracks on a Road, Hurston would reflect on Kossola’s “tragic sense of loss,” noting that “It gave me something to feel about.” Her pathos is apparent in the closing lines of Barracoon. “I am sure that he does not fear death,” Hurston concludes. “But he is full of trembling awe before the altar of the past.”

Against the apparent futurism of Hurston’s desire to “move on” from slavery, Kossola’s retrospection offers an alternative temporality, something like what T. J. Clark has called “politics in a tragic key,” a politics composed of, in Claudia Rankine’s words, “mourning as a method of acknowledgment.” Through Kossola, we witness how trauma renders untenable the fictitious boundaries between past and present. 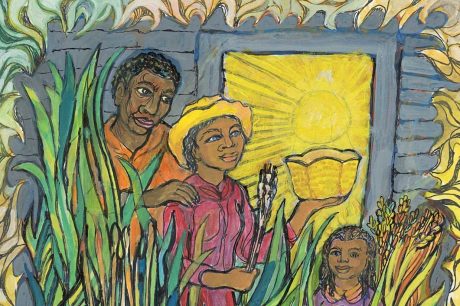 Kossola’s retrospective gaze seems to counter Hurston’s seemingly dogged anti-historicism. “Since I wash myself of race pride and repudiate race solidarity, by the same token I turn my back upon the past,” she writes in Dust Tracks. “I see no reason to keep my eyes fixed on the dark years of slavery and the Reconstruction.”

Hurston may have had little use for looking backward, but the world has yet to arrive at the place she directed her forward gaze. In her 1945 essay “Crazy for This Democracy,” she re-diagnoses the ailing body politic nearly 70 years after Reconstruction. “The patient has the small-pox,” she writes of US race relations. “Segregation and things like that are the bumps and blisters on the skin, and not the disease. … The doctors around the bedside of the patient are desperately picking bumps.”

The disease was Jim Crow. Legislative reform and progressive journalism were no match for this hereditary condition. Nearly 20 years after declaring victory over slavery’s afterlife, Hurston concluded that the operation of Reconstruction was not as successful as she had first thought. Eighty years out from that initial procedure, she now demanded the immediate repeal of not only all Jim Crow laws, but all forms of psychic and material violence against colonized peoples.

Now 73 years removed from Hurston’s re-diagnosis, the question she poses remains no less urgent or difficult: “Why not the shot of serum that will kill the thing in the blood?”

Featured image: Zora Neale Hurston at the New York Times Book Fair in 1937, not long after she completed her interviews with Cudjo Lewis. Courtesy of Library of Congress 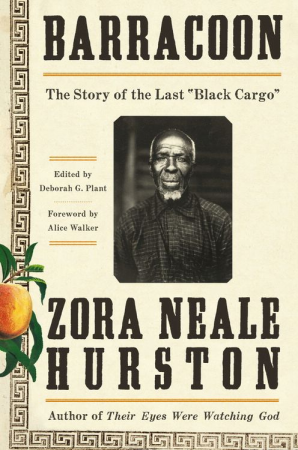 Barracoon: The Story of the Last